I've been beavering away while my wife natters on the phone to her mother and watches 'Edward Scissorhands' and have found my output to be particularly prolific tonight. Two more wolf rider goblins completed and mounted. I've also tidied up the bases and given them a white drybrush to bring out the stones. 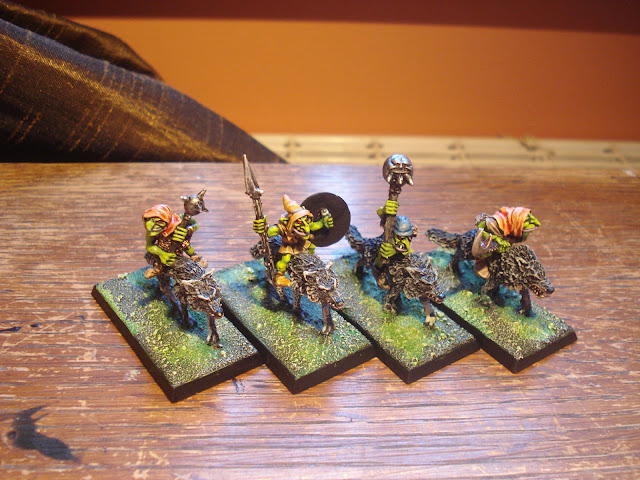 The model on the left is not actually a wolf rider model but another goblin on foot. I want to have five goblins armed with hand weapons and five armed with bows. Does he match or do his short legs give him away? 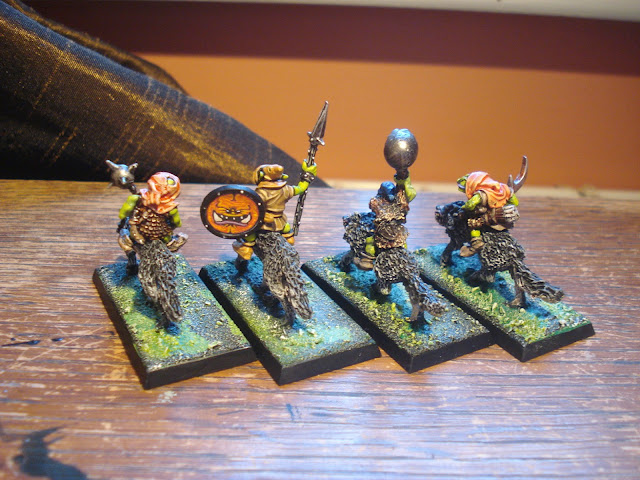 The rear shot showing off that shield I painted up from the arcane armorial print out. 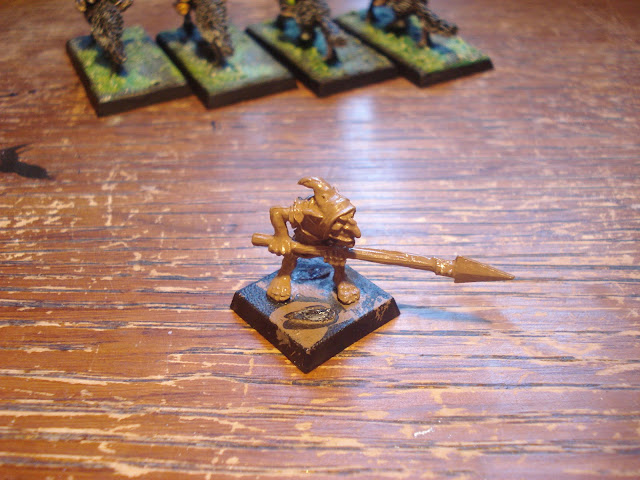 I've been experimenting with different coloured bases of late; in the past I stuck to white or black but I have been using a lot of brown for goblinoids and seem to be getting good results.

As you can see I just have the single goblin to complete now. A characterful little speargob isn't he? I'm going to see if I can get the base colours on and the washes before I have to 'go to bed'.