Pursuing a beaten enemy is not always a good thing. Ironcron, mad with battle lust, charged after the fleeing thugs straight into the gaze of the Nurgle Sorcerer in the tower. His hideous eyes (and considerable stench) narrowed as he plotted the downfall of the rival champion. 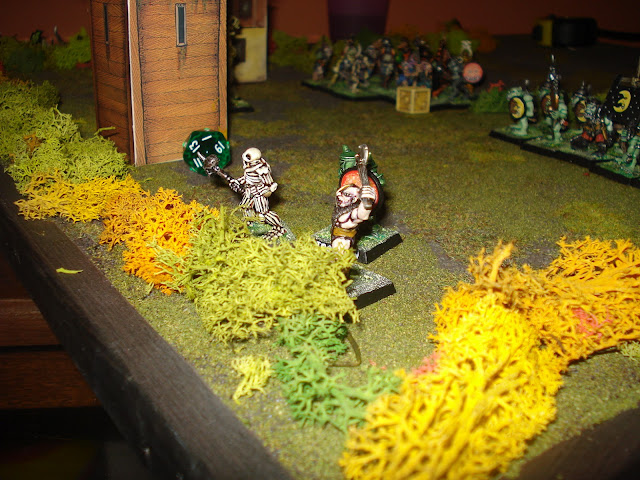 With plenty of magic points, all I needed to do was roll under 8 and the spell would be successfully cast. The lord of bad dice rolls must have been off to the toilet as I picked up the dice, rolling 5 and passing the test. D3 green, fizzing fireballs would shortly be smashing into Ironcron doing S4 damage. I rolled 4 of a D6 which meant two fireballs were produced by the spell, they connected and obliterated the champion (or at least, knocked him out) and Ironcron was out of the game!! How the tide turns, eh? 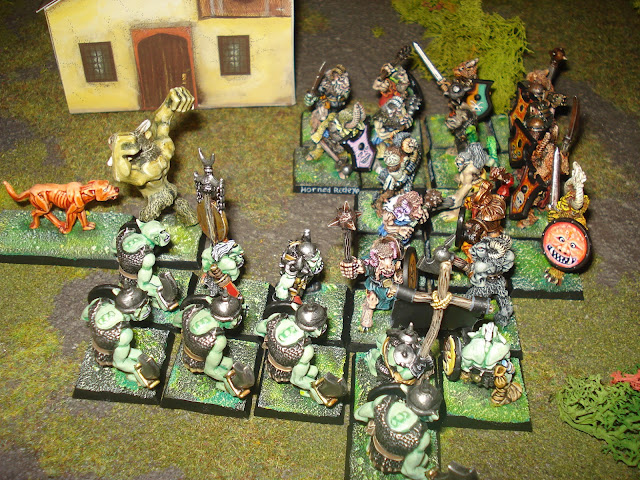 The remaining miniatures were now involved in a considerable combat after the orcs charged the side of the beastmen. Again, we forgot the panic rule concerning rear and side charges so my models remained in the game without the need to test their cool.  Still, things looked bleak for the forces of Nurgle, being surrounded as they were. 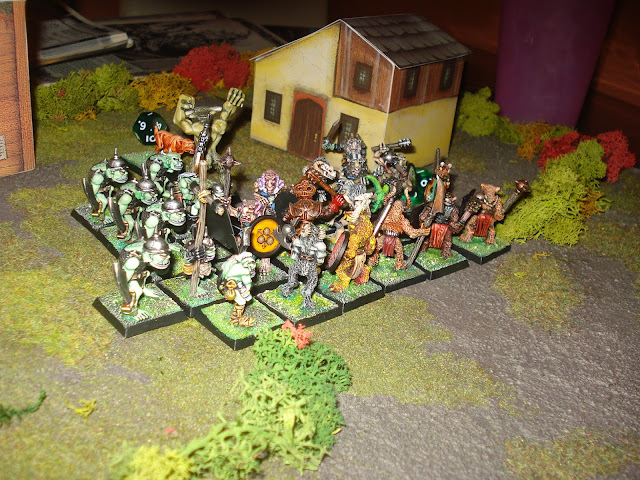 Perhaps due to their dogged determination, or perhaps their foul diseases, my beastmen remained where they were after a round or two of combat. Dice rolls were generally ones or twos so the battle ground to a stalemate. Eventually, my minotaur grabbed hold of Mange and brutally crushed the beast in its animal grip. With the dog defeated (and another rule, bloodgreed, forgotten) the minotaur turned and engaged the orcs. 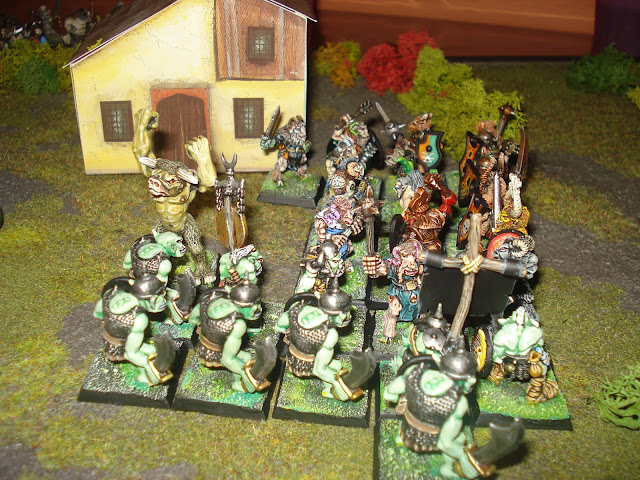 The greenskins needed to pass a fear test to engage with my bovine beast. Grinning, Dan clutched the dice and boasted of his troops fighting prowess. True, the greenskins had defeated everything in their path, crossed the hedgerow and contributed to the death of my champion, surely they would stand and fight the hairy brute and defeat him too? 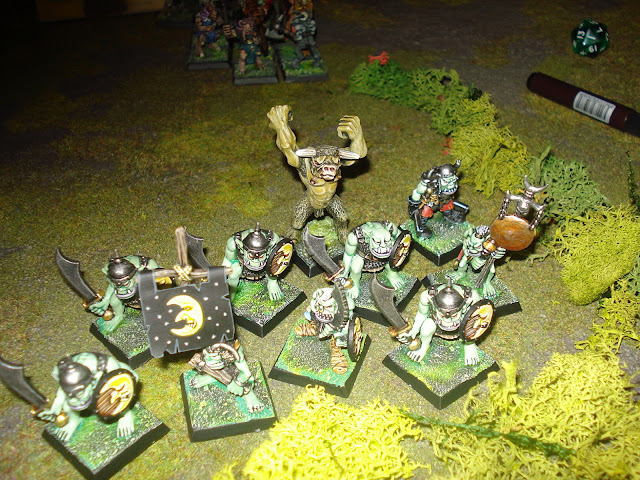 Sadly for Dan, the fear test was failed. Spectacularly! My minotaur easily chased his goblinoids from the field of battle, turning the tide of the conflict once more. Luck had clearly returned to me. I intended to capitalise of this by moving the sorcerer down from his tower and into the fray. Perhaps that would be enough to turn the tide permanently? 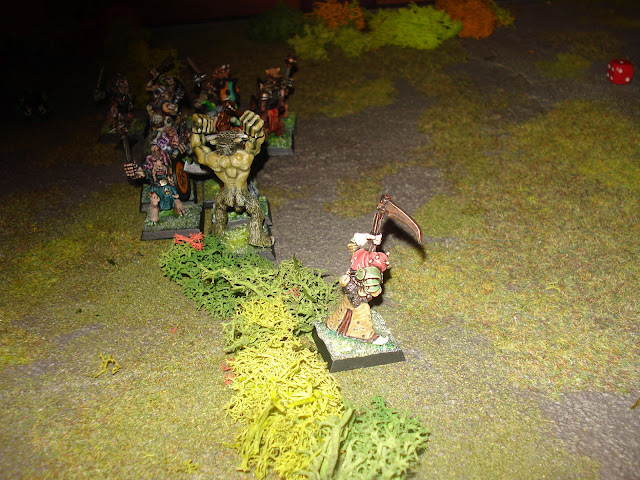 My minotaur returned to the melee but dice rolls were flunked and he couldn't capitalise on the advantage of the charge. The sorcerer, having crossed the hedge, attempted to move into range to charge into the rear of the Khornate beastmen. 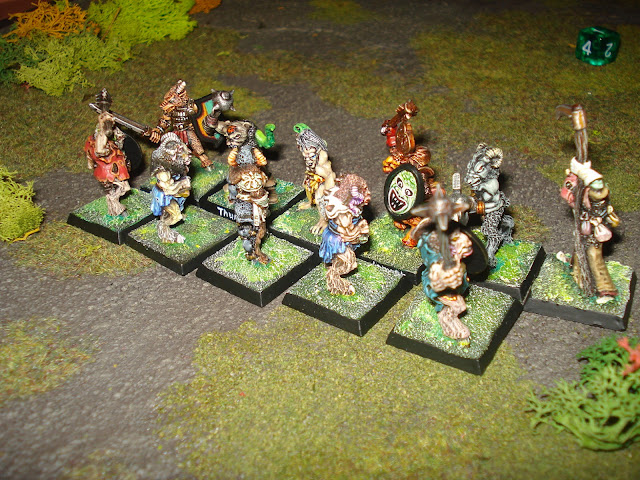 Disaster struck! The minotaur fell amongst the bodies of beastmen and orc. This shattered my plans to push the Khornate remnants back out of the watchtower grounds. Though my sorcerer was engaged in the fight, things got bogged down into combat round after combat round as another stalemate was reached.


Then, a force more powerful and a thousand fold more terrifying that the four ruinous powers combined, asserted their influence; my wife! She decided that the night was late enough and that Dan and I should end our 'game of little men'. We decided to leave the battle where it was, a draw. We imagined that the exhausted Khornate beastmen would retreat back the way they came, leaving the shattered remains of the Nurglesque force in possession of the watchtower. Ironcron lay somewhere in the dirt, and was probably dragged away by a minion or two to fight another day.

It certainly will make an interesting rematch!