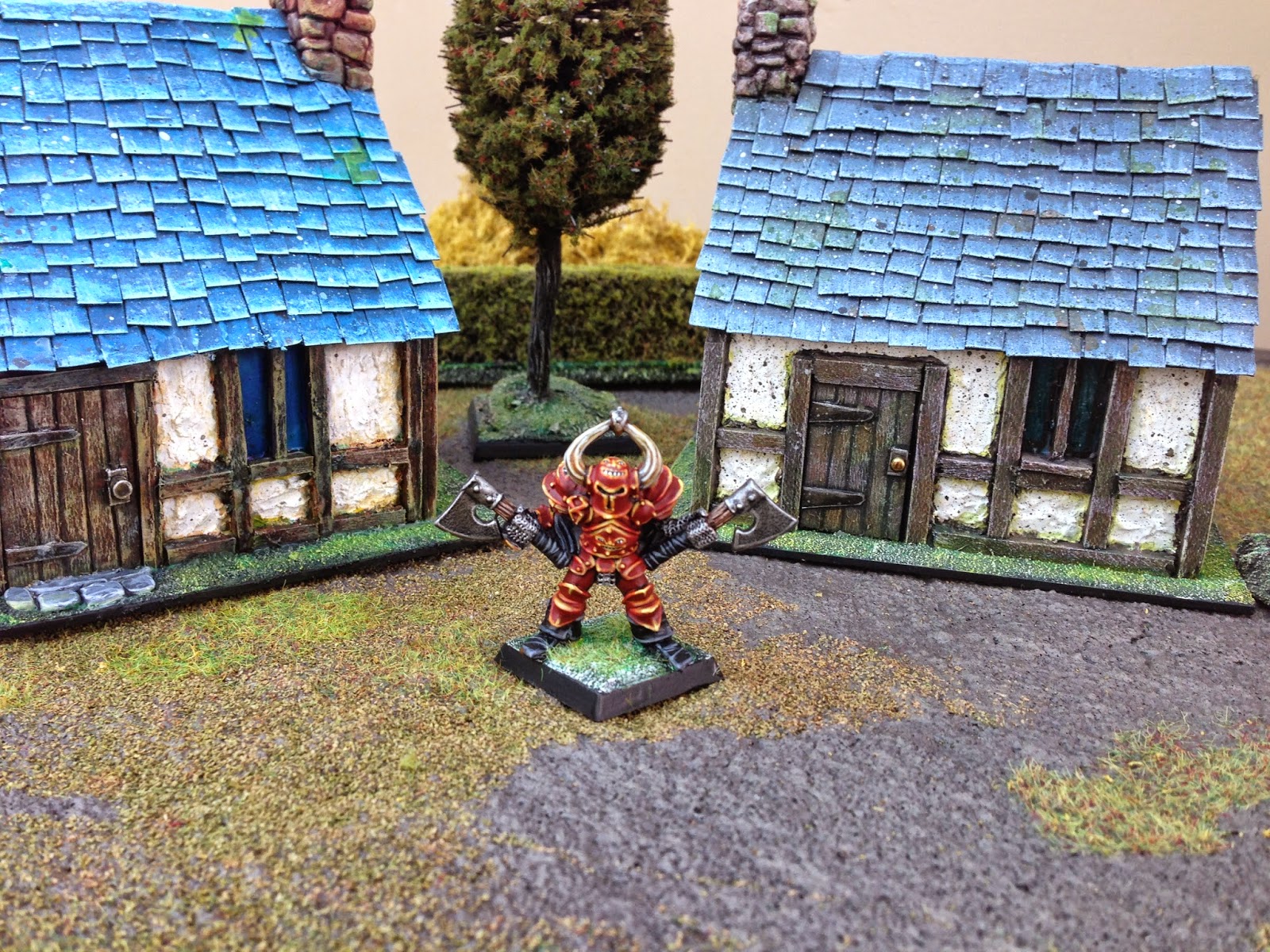 Now that I have got my painter's block well and truly subdued, I have cracked on with another project I have had on the go for a while. That of the commission that Steve 'Citadel Collector' Casey made in return for a rare Alpine Dwarf model - which long term readers will know I have been after for a while.

He was after a classic Citadel Chaos Warrior and a shield (one of the ogre face jobs that many of my chaos units have) and we spoke about suitable models. Eventually, we settled on Slambo and instead of just doing another shield, I suggested having a go at something I had been wanting to do for a while - painting chaotic little faces on the armour itself!

Well that project is complete... As you can see here. 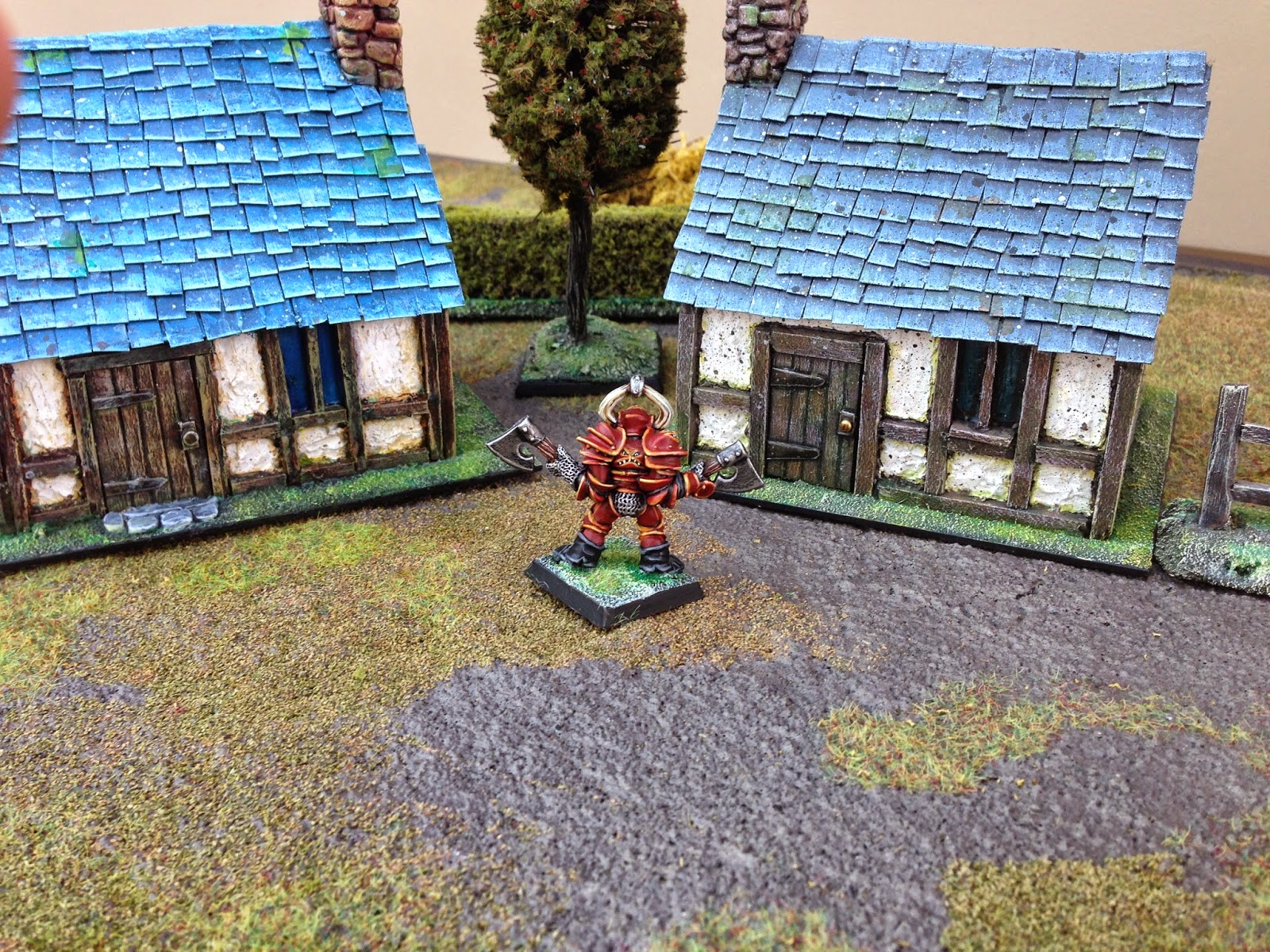 I think Steve is happy with it. Hopefully, over the next few days I shall have a spare moment to wrap him up and send him off.

My next commission is something a bit bigger in scale!