Fighting Fantasy: You Are The Hero Review! Serious Oldhammer Alert! 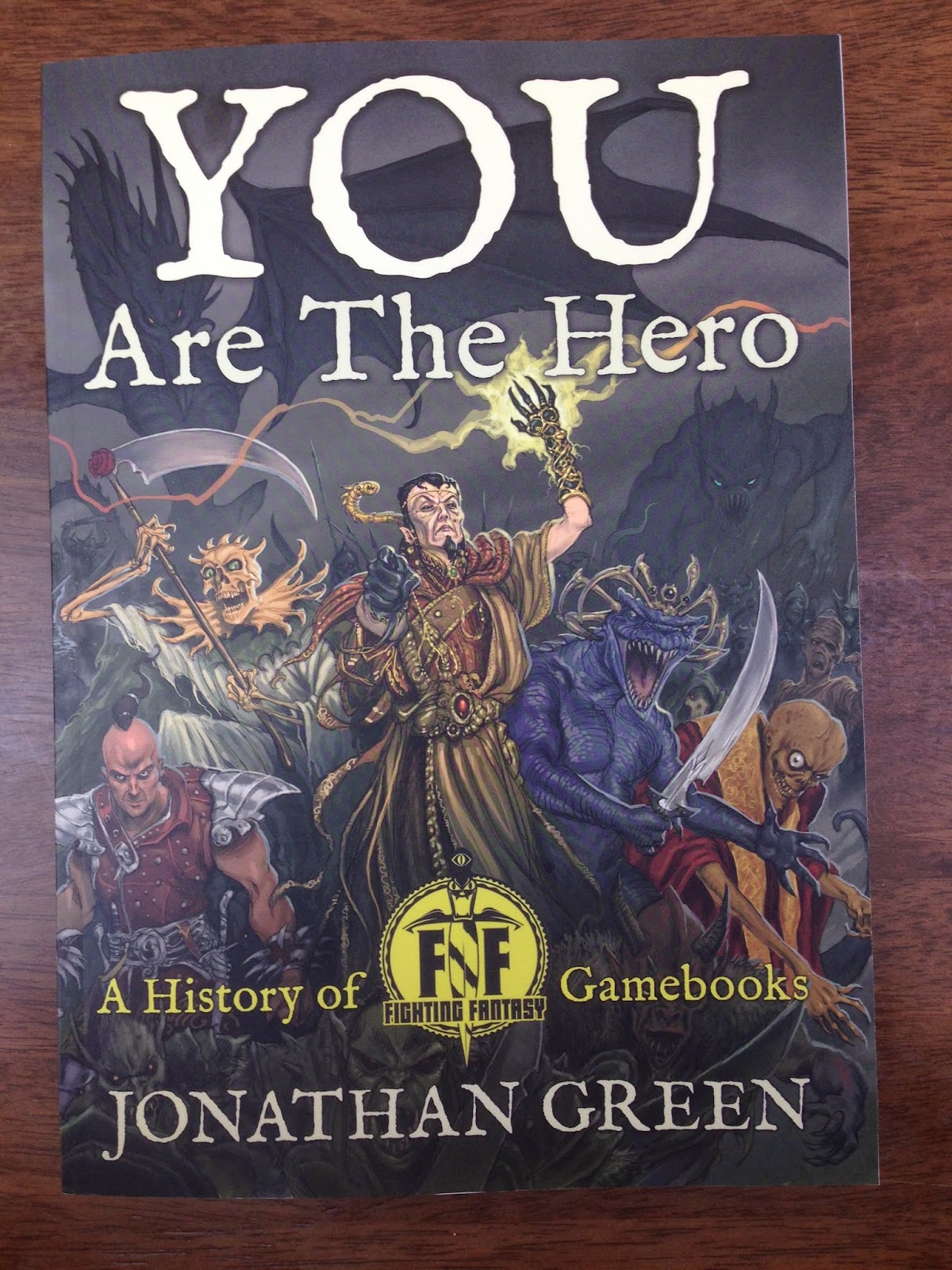 I must admit that I was amazed that my copy of You Are The Hero: A History of Fighting Fantasy Gamebooks arrived through my post box this morning. As far as I was aware, the book wasn't yet available and was due to be published next week.

To be honest, I didn't even know about it (or the Kickstarter that funded its creation) until last week when my friend Stuart mentioned the book on the Oldhammer Facebook page. Following the link, it really wasn't much of a struggle to convince myself to click on the 'buy' button and get my hands on a copy.

I am now really, really glad that I did, for the book is a joy! An absolute joy! 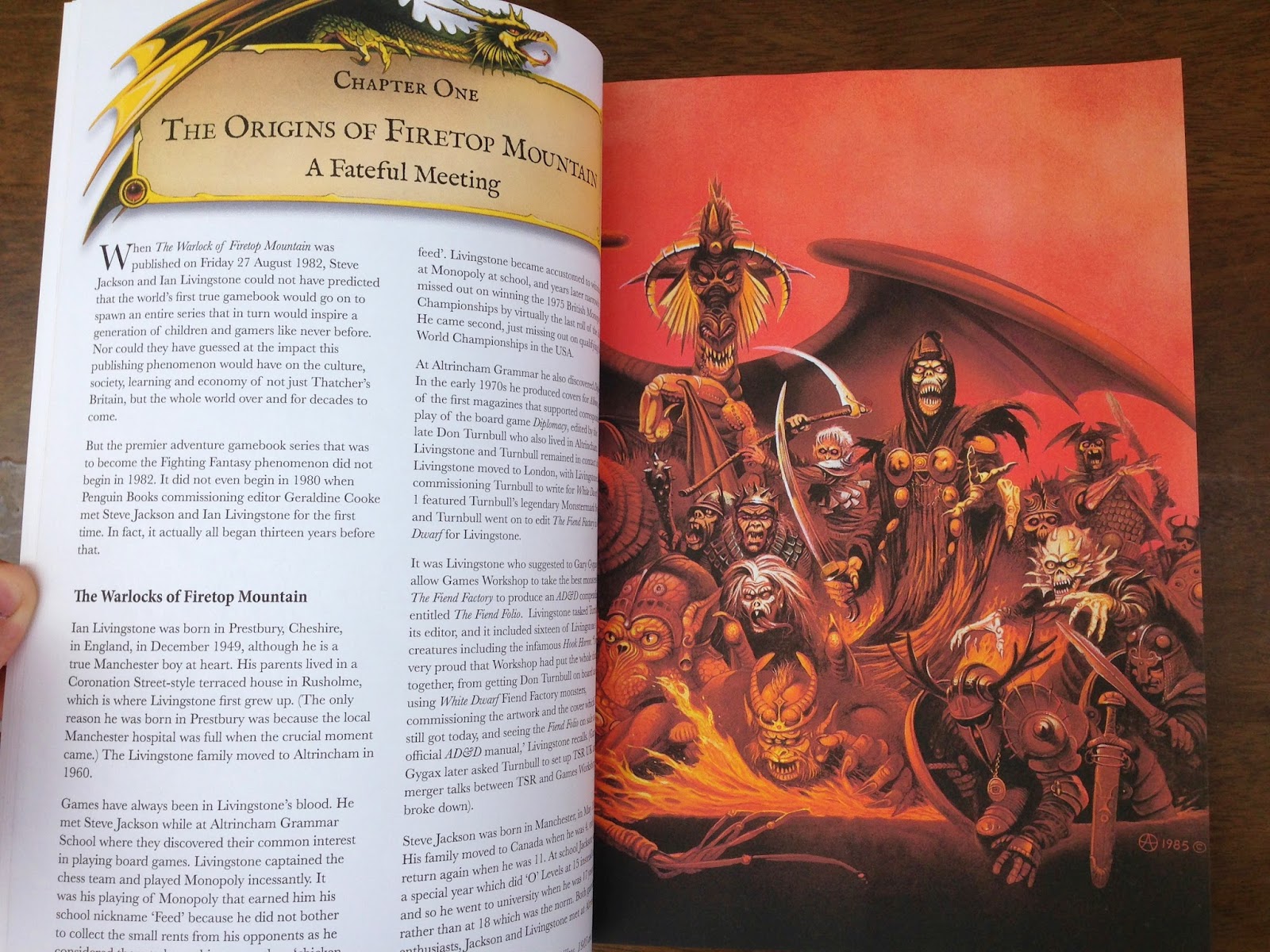 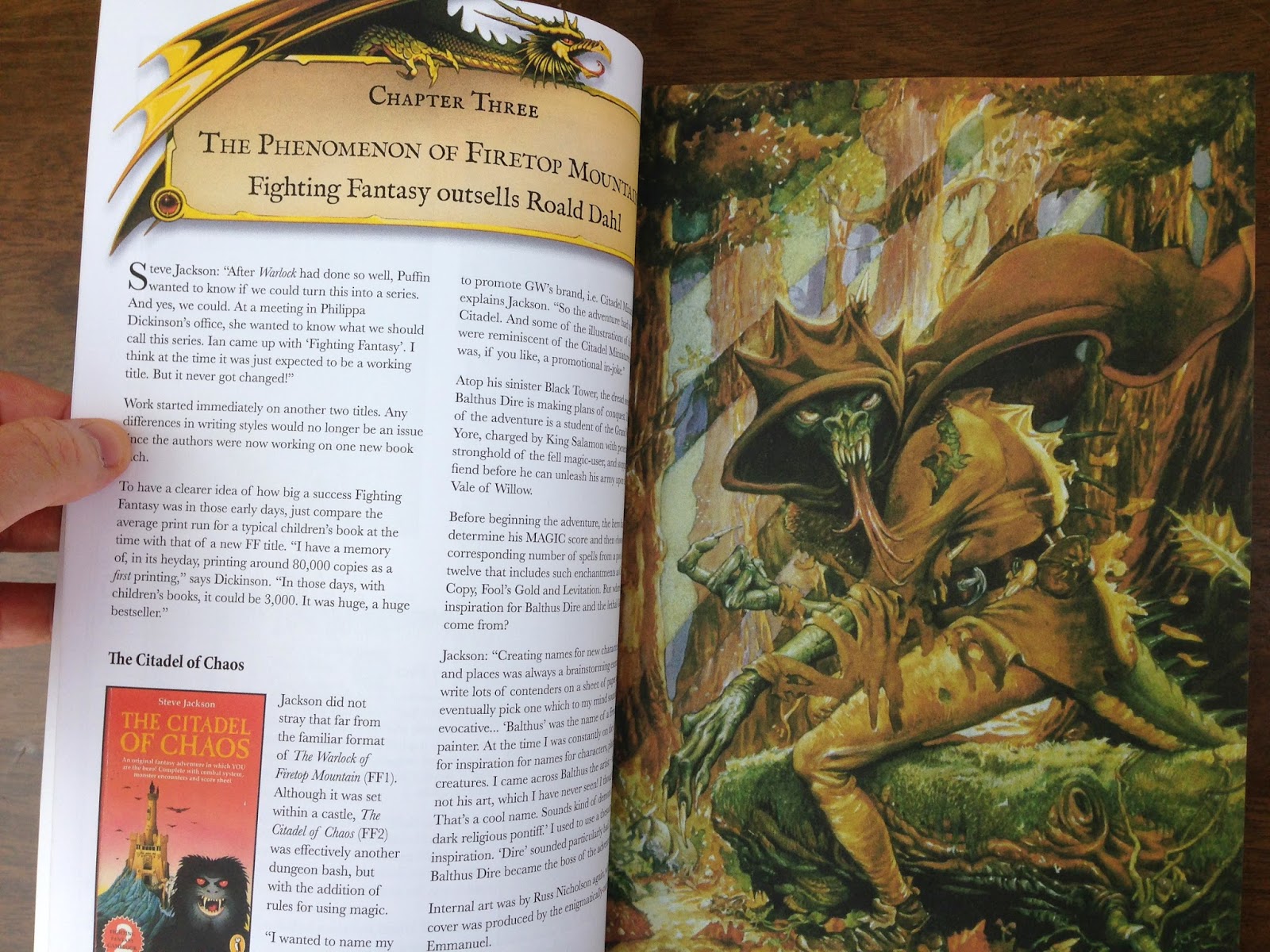 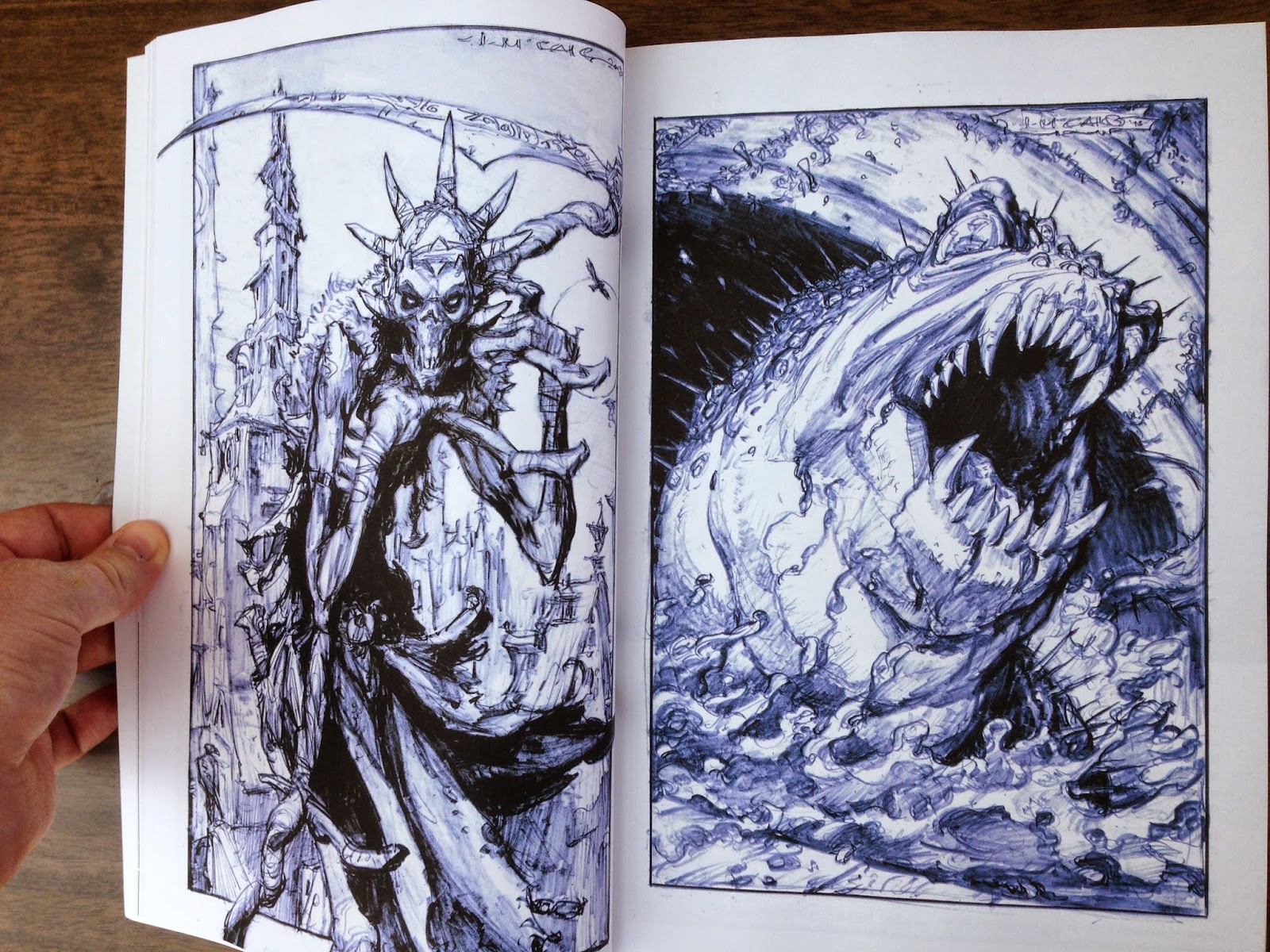 The book itself is organised into about thirty chapters and to say that those chapters are comprehensive would be an understatement. The first couple of chapters concentrate on how Ian and Steve met, how GW was founded and how the first Fighting Fantasy book, The Warlock of Firetop Mountain', was conceived, designed and produced. Then there are a series of chapters that document the art and artists that made the series so appealing and enduring, including many concept sketches and loads of previously unpublished material. John Blanche, Ian McCraig, Martin McKenna and many more are included and quoted. 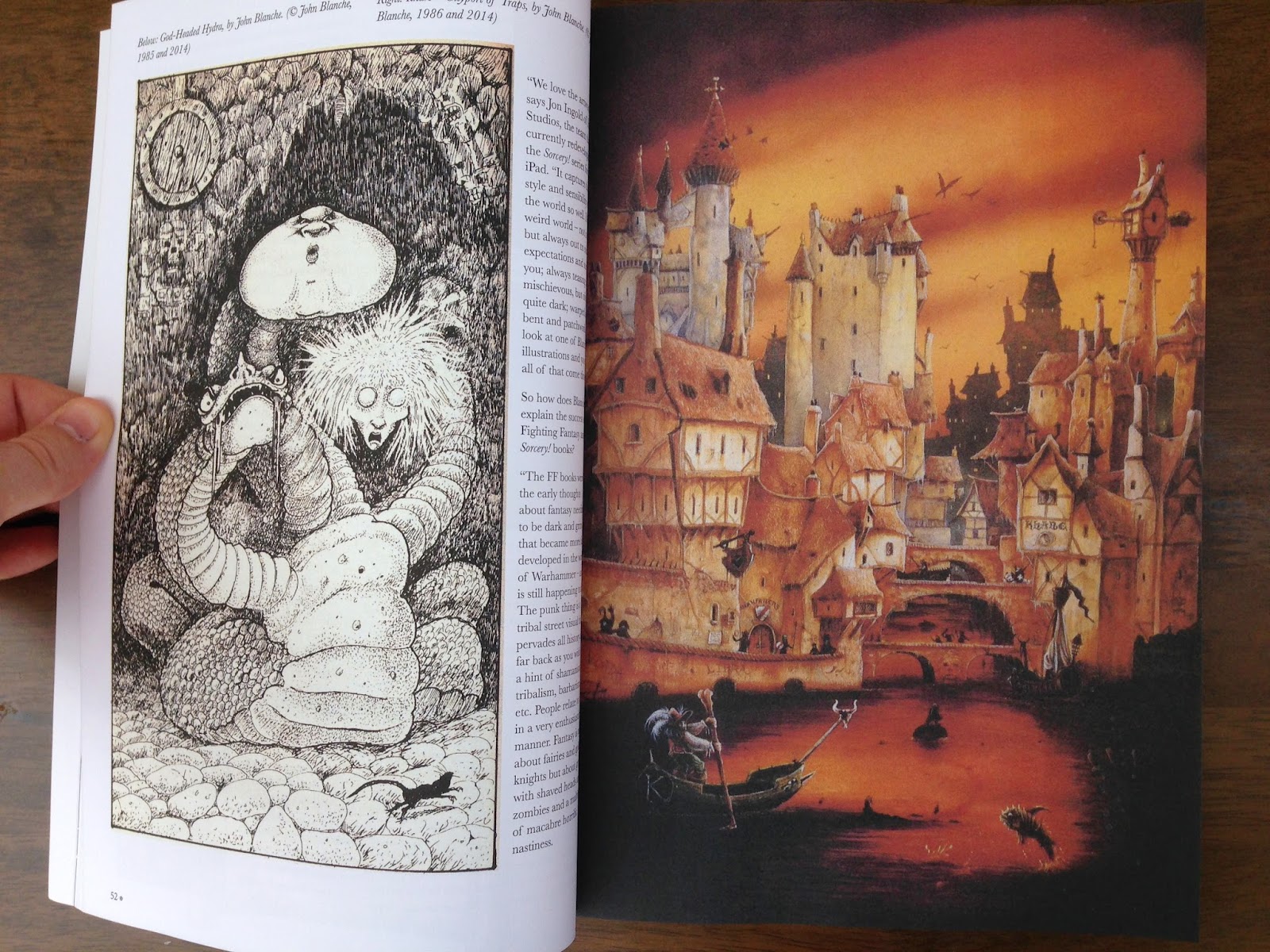 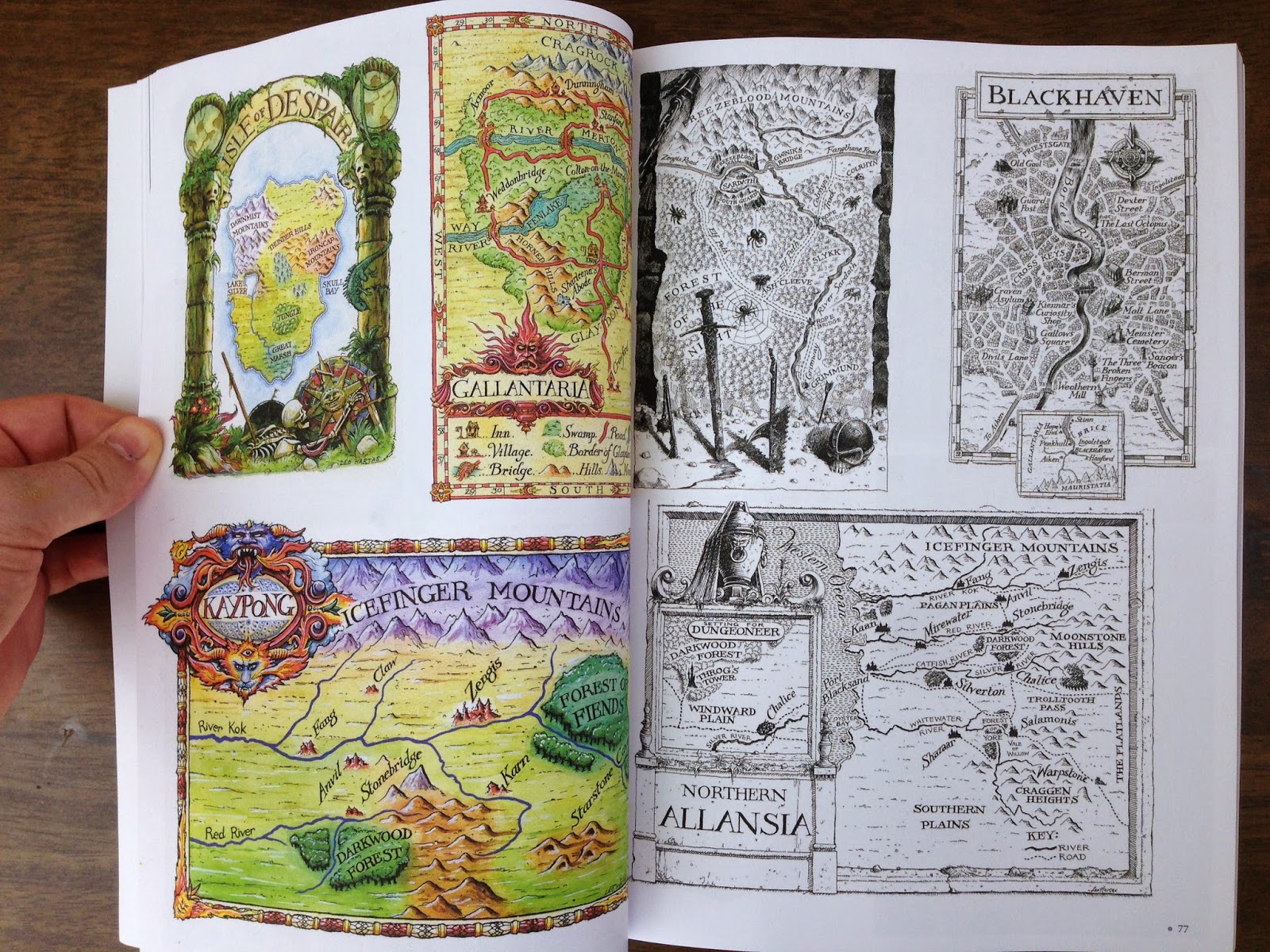 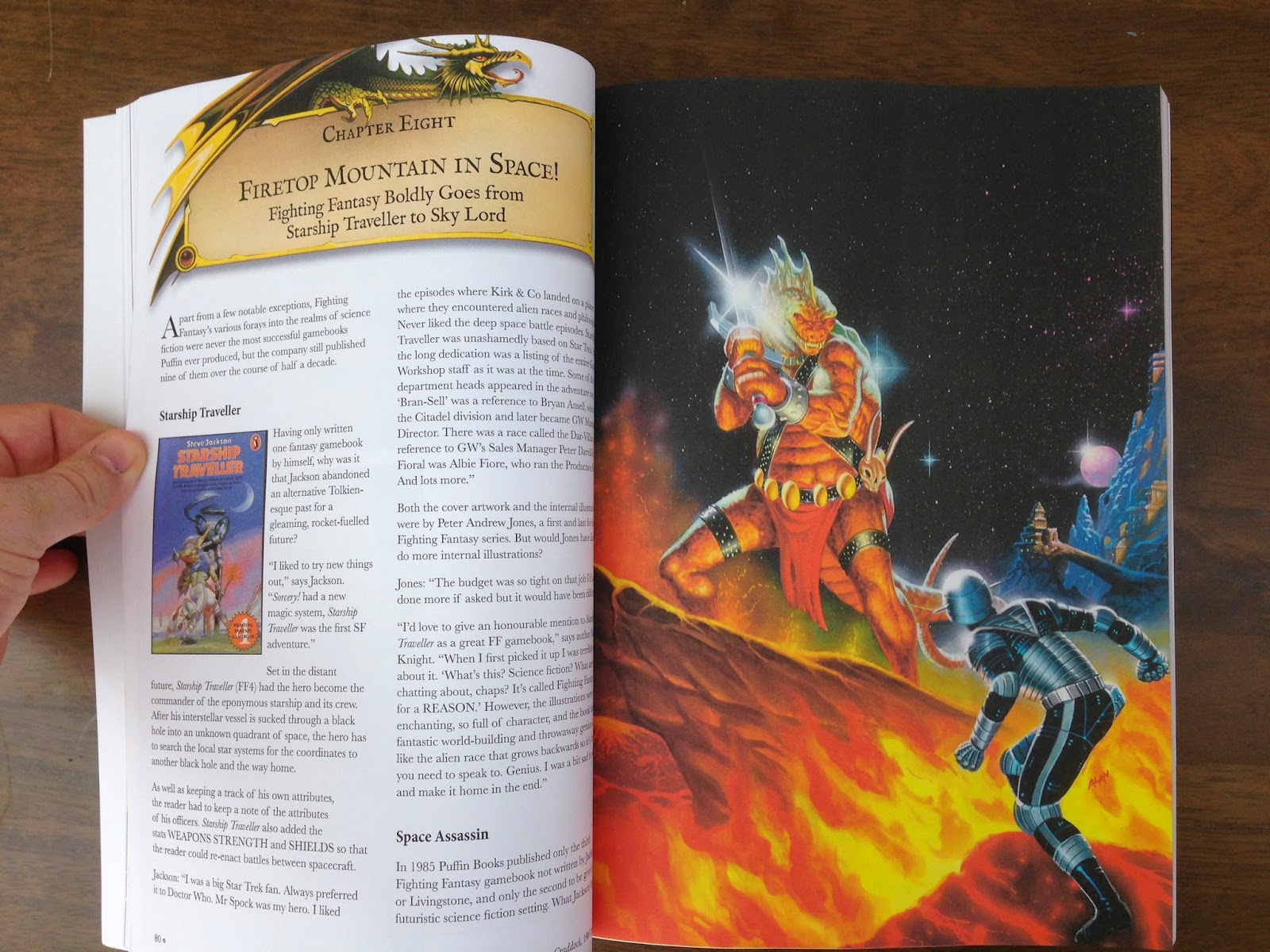 Subsequent chapters chronicle the books in the order they were published, with every title explored in varying depths. Warlock, the famous magazine devoted to FF, gets a chapter to itself, and Derek the Troll makes an appearance too! Chapters detail the development of F.I.S.T, the Sorcery books and the other enterprises Steve and Ian were involved in, including the fascinating story of Goldhawk - or FF for younger readers! 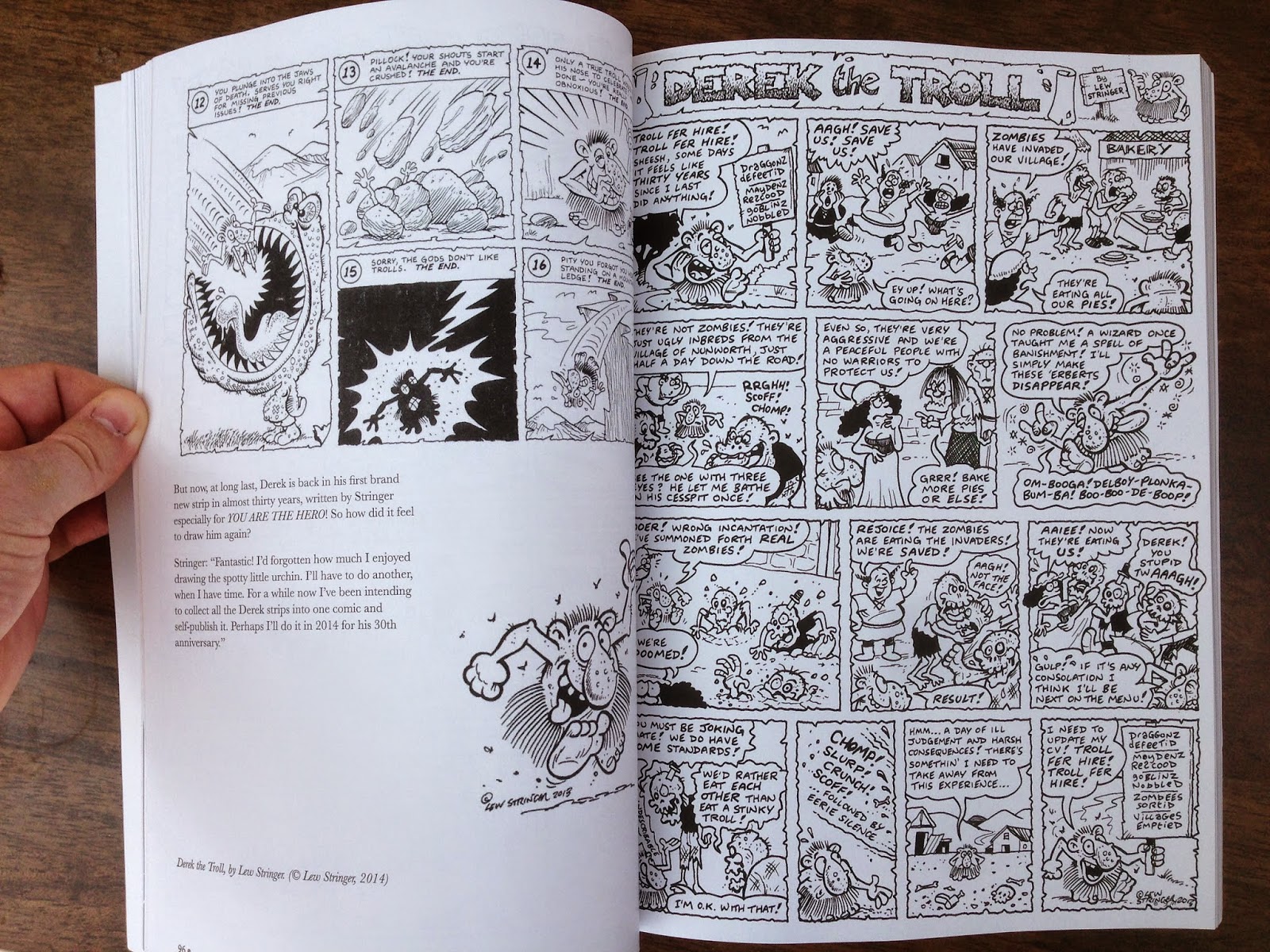 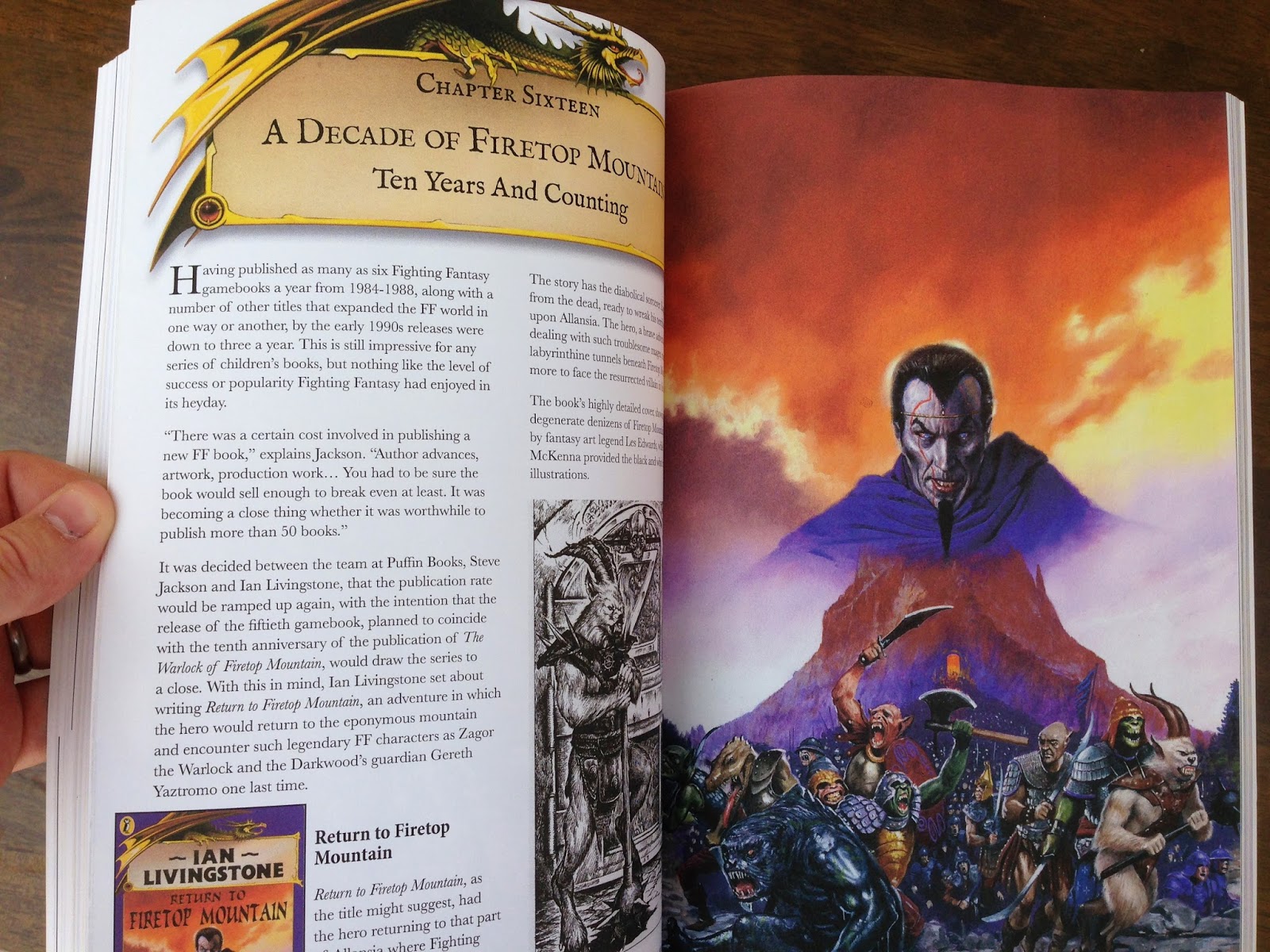 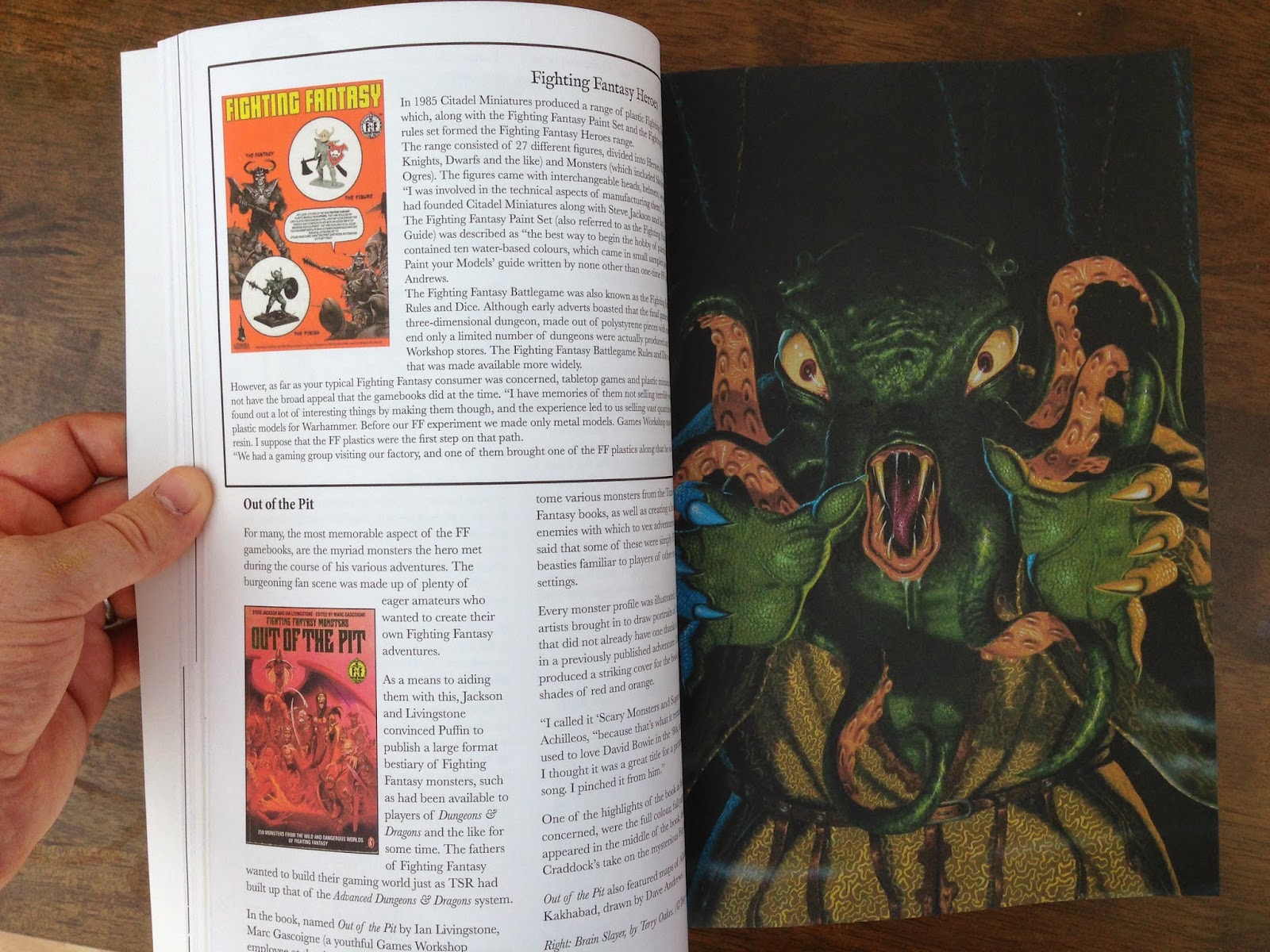 With an entire chapter to devoted to 'lost books', there are plenty of opportunities for even knowledgable fans like myself to learn something new, and many of the cancelled books were new to me! But the chapters on the boargame versions are of particular interest because it is here that the old school world of Warhammer, Citadel and FF are the closest linked. Even the plastic Fighting Fantasy Heroes range put out by Citadel get a lengthy mention.

Bryan is even quoted! 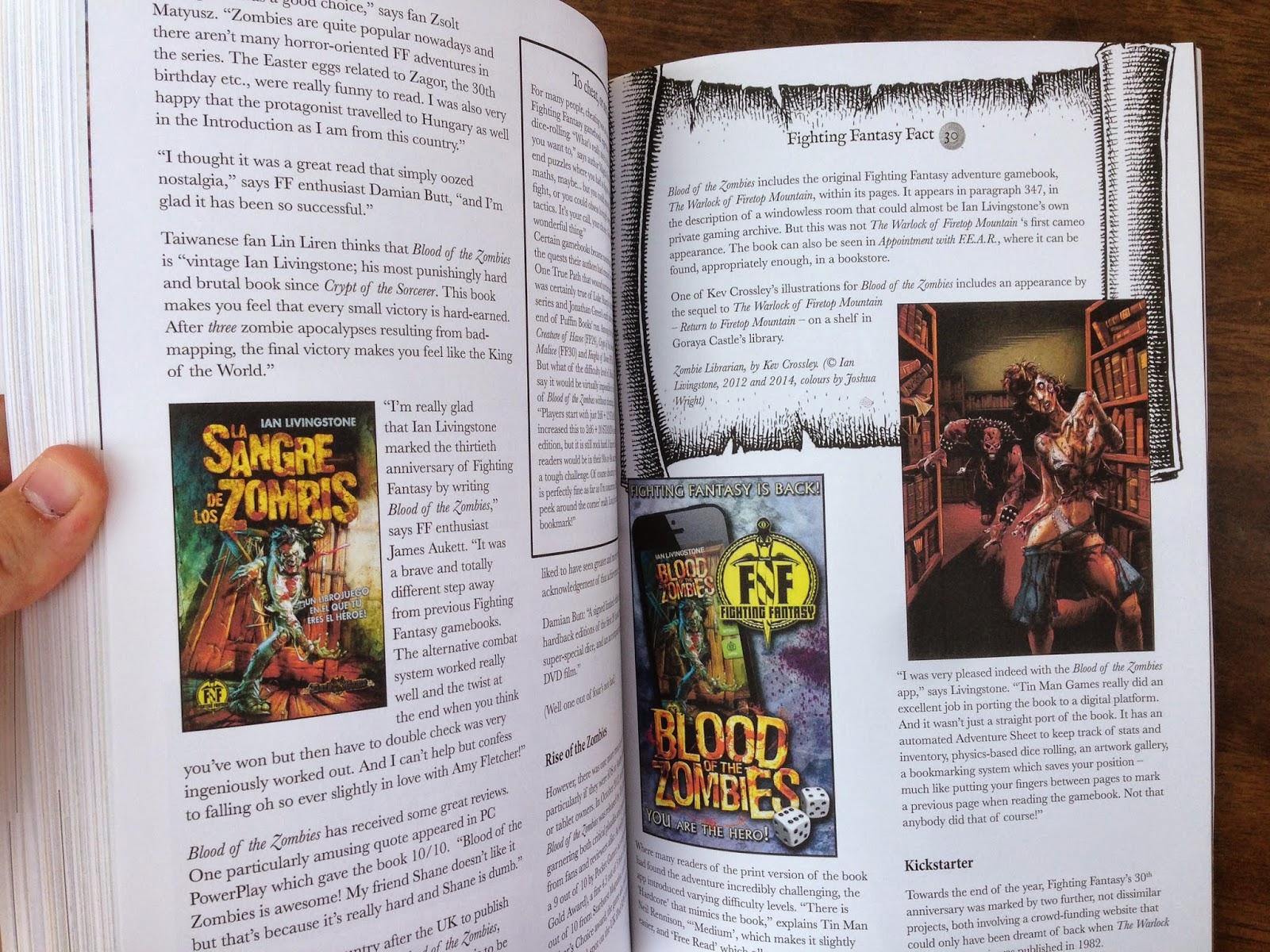 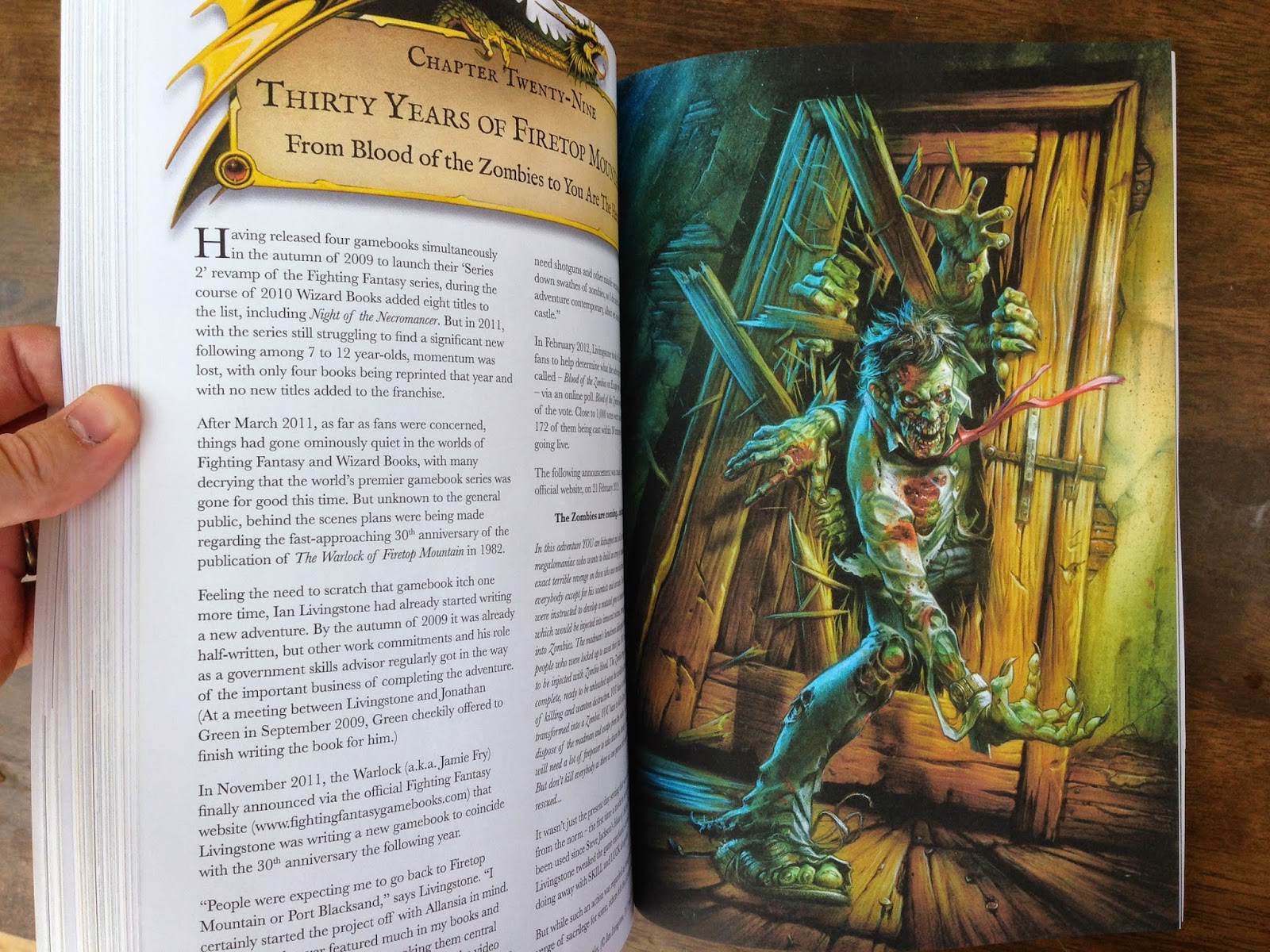 Even if you have a slimmest interest in FF this book is worth buying. Every page brings a new memory, a new fact and a bigger, broader smile!

Email ThisBlogThis!Share to TwitterShare to FacebookShare to Pinterest
Labels: Fighting Fantasy, You Are The Hero