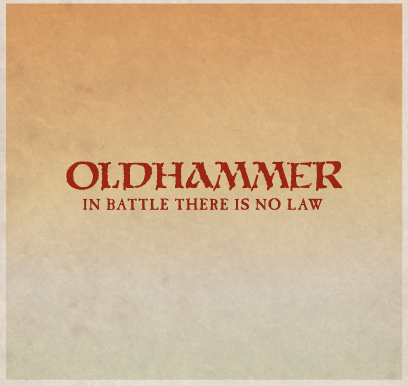 Check out this link. Its in Spanish but you can run a quick Google translate to get the gist of things.

It seems that other miniature fans out there, unconnected to our little 'leadhead world' are spreading the message that OLDHAMMER is the way forwards, for them anyway.

This got me thinking. Can you call Oldhammer a movement now? Is there a retro Warhammer scene?

What does Wikipedia say about these two key words I wonder?

Movement
"An art movement is a tendency or style in art with a specific common philosophy or goal, followed by a group of artists during a restricted period of time, (usually a few months, years or decades) or, at least, with the heyday of the movement defined within a number of years. Art movements were especially important in modern art, when each consecutive movement was considered as a new avant-garde."

What with Oldhammer Opponent Finder that Skarsnik has put into motion, as well as regular updates, thoughts, miniatures, rules, battle reports and rambles from Erny, Thantsants, Realm of Zhu, Gaj... and many others. We are clearly highly influenced by each other; what with Top 10 Wants Lists, painting advice, inspirational scans and discussions.


So, what do you think? Are we a movement? Is there as scene (however embryonic)?