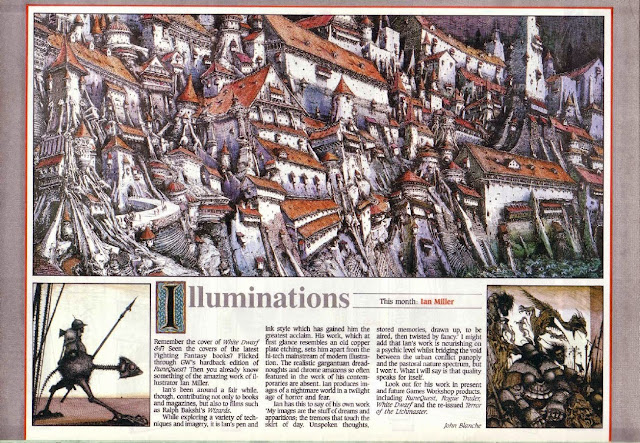 While I was researching some of the posts I am preparing about the early days of Warhammer Fantasy Roleplay, I came across this edition of the once regular Illuminations feature from White Dwarf. In case you don't know, or cannot remember due to all those paint fumes, Illuminations was a semi-regular article published in White Dwarf that sought to showcase the work of the many inhouse and freelance artists that were part if the Games Workshop stable.
A quick glance down the roster of names who were (or had) produced art for the company by the mid -1980s is astonishing and puts their current crop of scribblers to shame really. The two page spread that we see here chronicled some of the work that the famous Ian Miller had contributed to various publications.
﻿
Some of the pieces shown here are still well known, but there are a few that I cannot recall seeing elsewhere. Gazing at these vibrant images and getting lost in their intricate, gothic detailing makes me realise how much I need to own Ratespike! 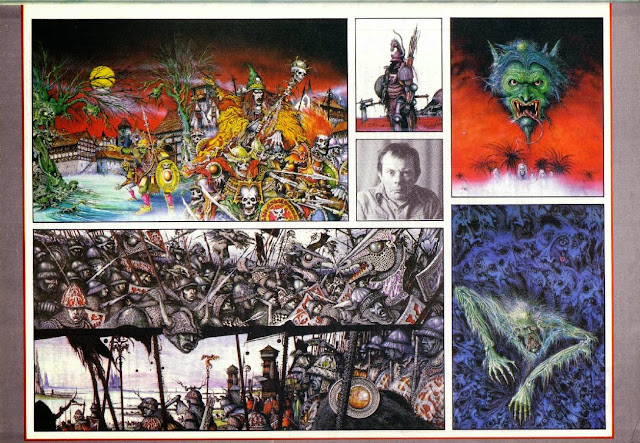