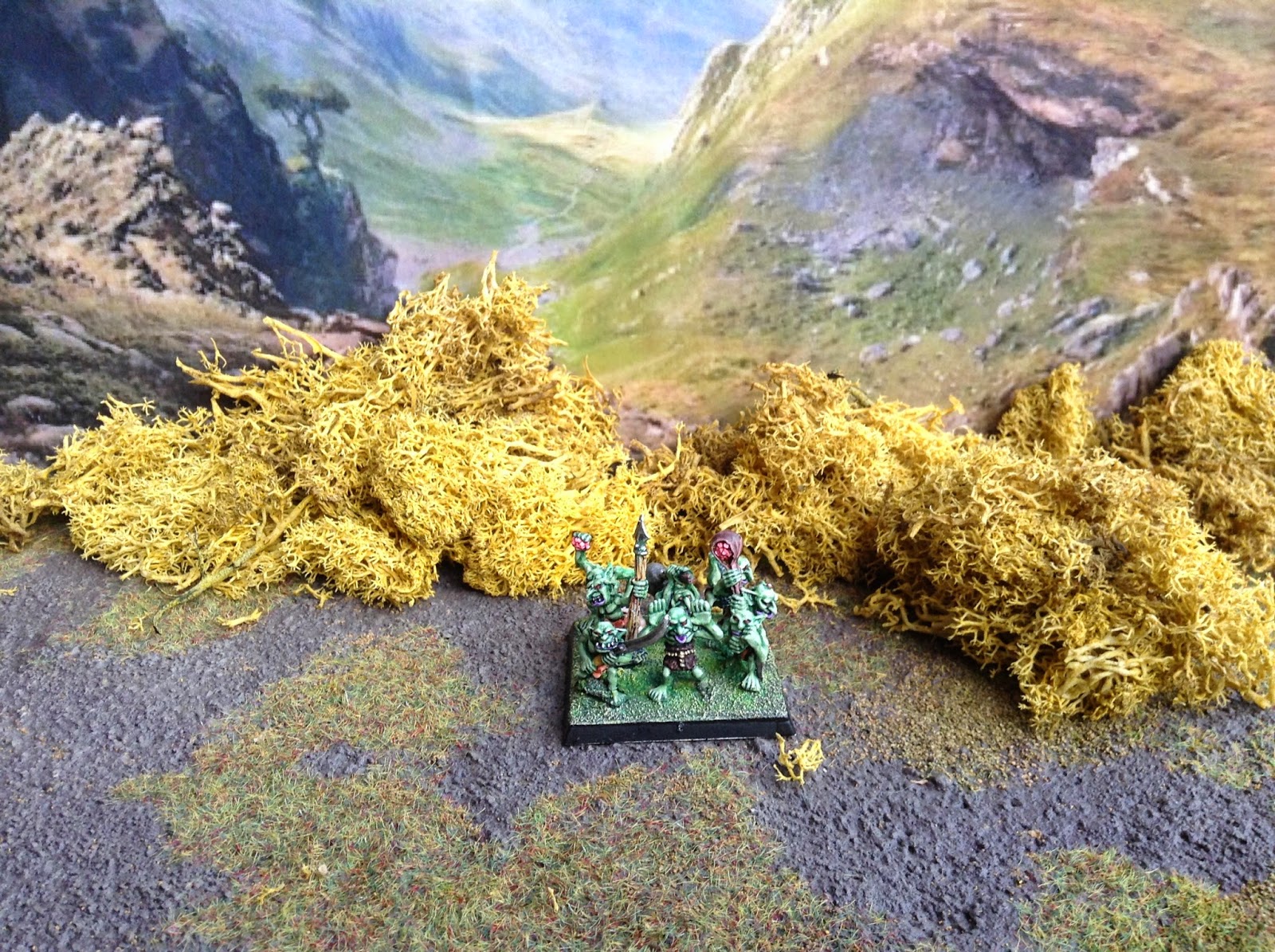 Despite life throwing everything at us at the moment, I have managed to get a bit of painting in recently. One thing that I have lacked is decent light to take photographs of my efforts. As some of your with know, I prefer to use natural light to capture my work and favour a printed out background to add depth and character to the image.

This morning saw a few rays of sunshine break through the eternal grey of November, so I took advantage of the sudden illumination to take a few snaps of my work. Regular readers will already know about my long term painting project 'A Warhammer Bestiary', in which I try and paint up a model for each entry in the Bestiary section. This model, or should that be models, represent snotlings, a race as 'Warhammer' as can be in my opinion.

Why? They are rather loony, frankly, and tongue in cheek lunacy is a key element of the earlier editions of Warhammer, and GW generally in the 1980s. Puns, silly ideas and in-jokes abound. Comedy is great foil to horror.

In researching this paint job I took the time to learn a little bit of background to the snotlings. Obviously, they are the smallest and weakest of the goblinoid races and are perhaps the most cunning and sneaking of their species. They have to be, for they live off the scraps to be found from goblins, orcs and even wild animals. Orcs are even known to farm these small creatures and use them as a food source. When desperate, they even herd them into battle!

Surprisingly, Snotlings are not evil in alignment. They lack the cruel streak to be found in their closest relations and should really be considered more of a nuisance than a threat. Their stats certainly reflect this, though interestingly they are immune to poison, perhaps due to the fungus they grow and use a weapons.

The miniatures themselves, sculpted by Kev Adams, are great fun. Which is what you would expect from the goblinoid range of the 1980s. They models you can see here were rescued by me from a car boot sale last summer. Its amazing what you can find when the winds of luck blow, isn't it? I would certainly want to collect more of these tiny greenskins in the future as they are varied and amusing to work with. If you don't own any or haven't yet painted any, I really recommend that you do!