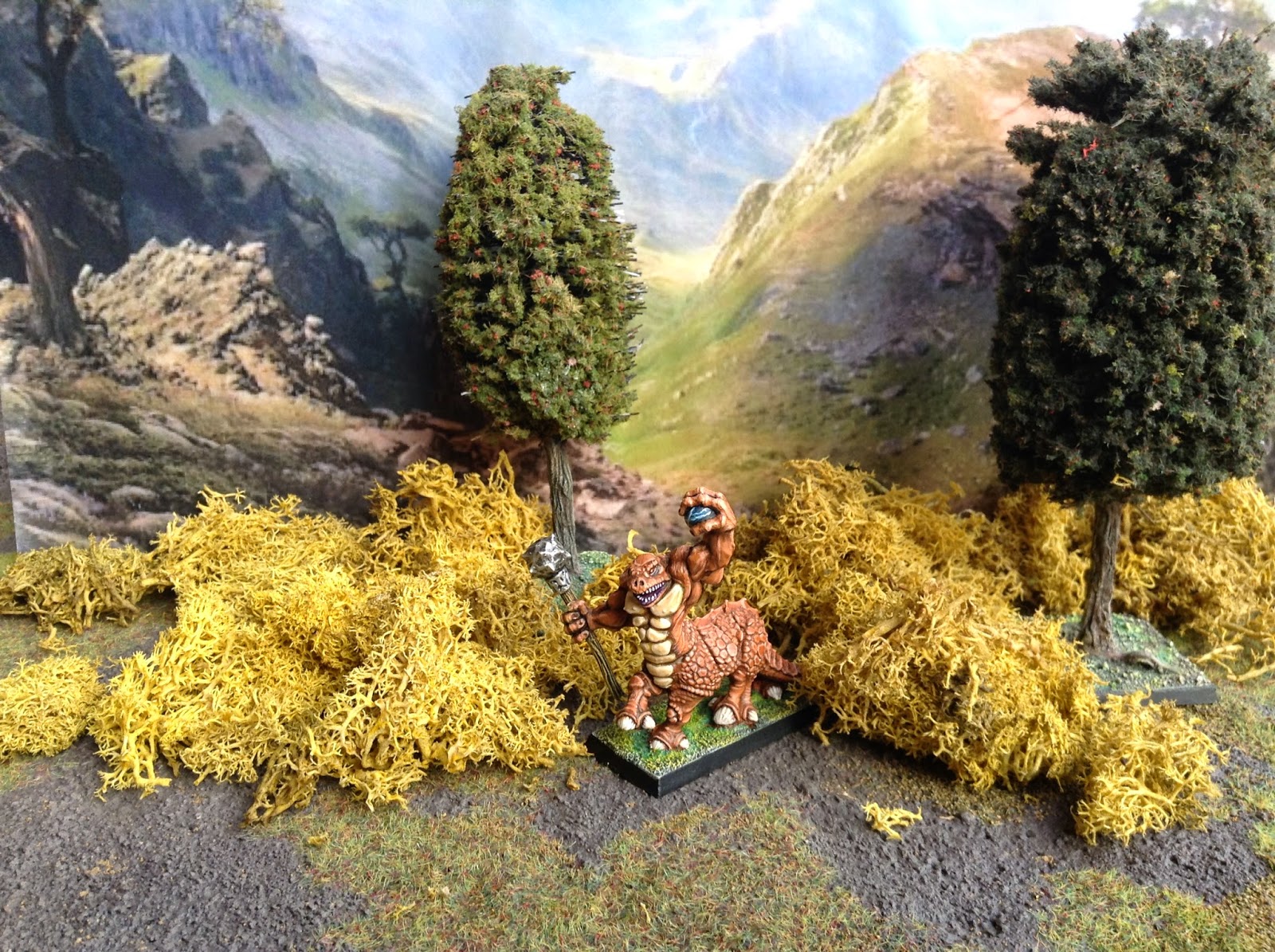 Ah, the zoat! For me, this model had the unfavourable status of 'Citadel's ugliest miniature' and I was really rather reluctant to paint it. In fact, I very nearly didn't have a zoat to paint at all (they are quite expensive you know!) and it was only down to luck I managed to pick this one up for my usual price of 'next to nothing.'

You see, this is a zoat of two halves. I bought the leg section quite some years previously as a 99p lot on eBay and had to wait until only a couple of months ago to get my hands on the top half for a similar price. It wasn't quite the model I was after, considering that I planned back then to only but one zoat, but the one piece zoat with staff wasn't available. I wouldn't have minded paying a little bit more for that model either.

Still, I had a complete model and it was on the list to paint, so paint it I did. One thing I knew I didn't want to do when working on this model was use any green. I am feeling a little greened out if truth be told after painting snotlings, orcs and lizardmen of late. So I chose a brown colour for my zoat and to be honest with you, I am really rather pleased with the result. I selected a complimentary yellow shade from the chest area, incorporating a little colour harmony into the process, and used bone to paint up the toenails.

I used purple to help suggest that the creature's mouth is a little more than just a black hole and highlighted the teeth with more bone shades. The eyes were done with the classic red base and tiny yellow dot, which I feel always brings eyes to life on monsters and creatures such as these. Finally, I painted the funny sphere in the zoat's hand in a kind of electric crackling way that was only partially successful. I am not bothered as it was a first go and its certainly a technique that I would like to do again.

To conclude, I really enjoyed this paint job and I would be more than willing to have another go at the other fantasy zoat at some time.I hope you like him too!