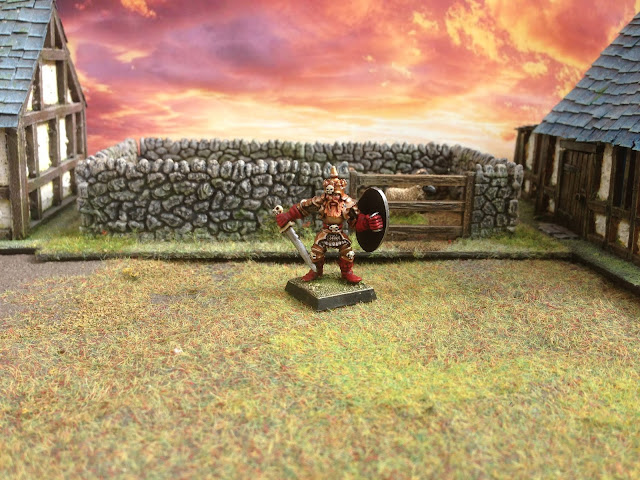 One of the miniatures I managed to acquire, thank you Steve Casey, at the Oldhammer Weekend was the high desirable McDeath. With two examples selling on eBay over the week of our event for £100 or more, I was pleased to finally get hold of this elusive miniature.

But how to approach painting him? After all, he is so rare that hardly anyone has a painted version. I am pretty sure I saw one in part of Orclord's collection, painted in black armour, but after searching again online I was unable to find it. In the end, I opted for the colour scheme on the original box art.There was only one snag, most of the figure is gold and that particular colour is not at all a strength for me. So armed with little more than a paintbrush, I took on the task with trepidation. 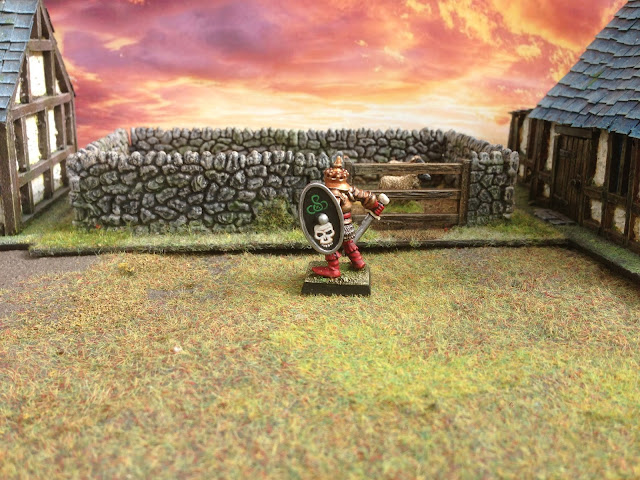 I undercoated the entire miniature in brown and worked the face and beard up in my usual way. The gold was harder, and in the end I decided to make his helmet a little lighter. I mixed in loads of brown to my Foundry gold paint and worked up successive layers of highlights, ending with a muted silver. I then washed the entire suit of armour with a chestnut glaze to help dampen things down. I used silver as a spot colour on the chainmail between the legs and under the arms, washing this with a black ink glaze and giving the lots a final highlight of silver. I did the same with the swordblade.

I used Foundry's excellent bone triad for the skulls on his armour and highlighting the gloves, boots and belt up was a simple task. I wasn't at all sure what to do with his shield - as the McDeath banner was complex and I didn't want to cut off the boss from the figure. In the end, I copied some of the themes from the banner example and included some green knotwork and a freehand shield. 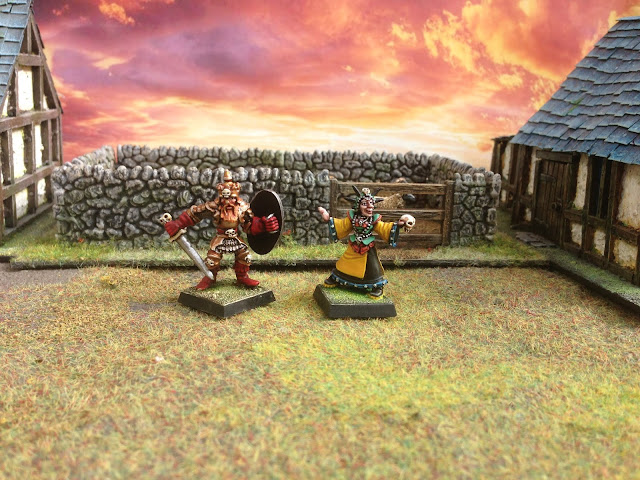 I know that the model isn't one of my best pieces but I am pleased to have got a satisfactory result on his armour after working so long to improve my metallic painting skills. I still think Lady McDeath is the far better paintjob but where else on the internet can you see both models fully painted and standing side by side, eh?