A Cabinet for my Citadel 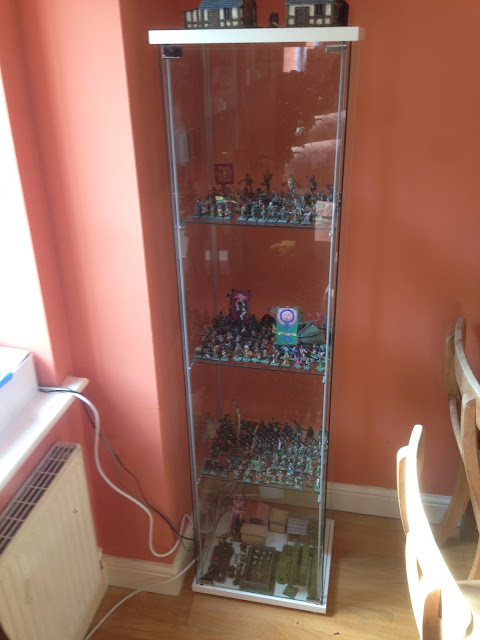 A welcome sight on my arrival back from Newark was a cardboard flat pack. It was the display cabinet my wife had ordered from IKEA as she had finally tired of the Welsh Dresser being used as a miniature store. Truth be told, it was also a haven for dust and cleaning hundreds of painted miniatures was bit of a task!

Putting the piece of furniture together was a bit of a task too and there was a number of times a glass pane threatened to fall out and smash across the floor. But with the cabinet completed, the wife ordered it to the corner of the room and I commenced shifting my painted collection over. 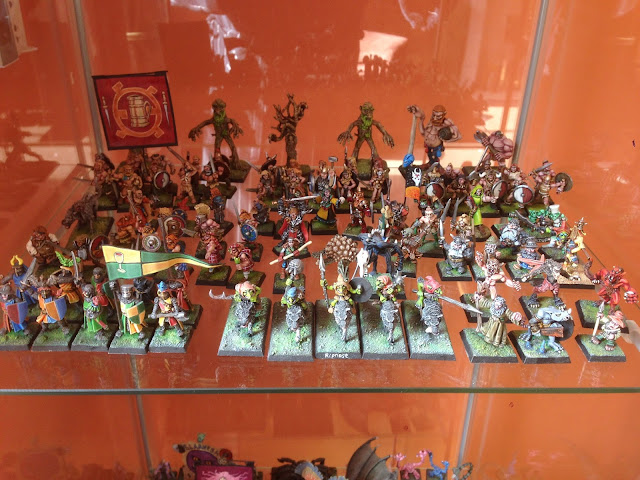 Everything inside the cabinet comes from my Oldhammer phase which started in July in 2011 so represents four years work. The top shelf, shown above, contains my McDeath painted collection (and associated models - such as the treemen and barbarians) as well as my Foundry/Citadel Baron's War figures and a few other odds and sods. Can you find the limited released White Dwarf miniature in there? 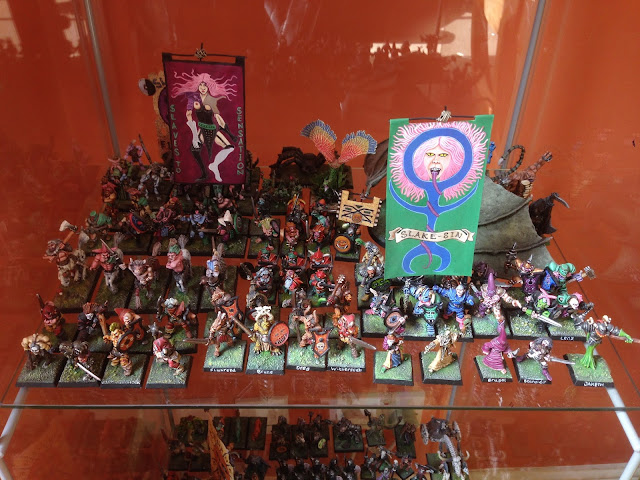 The bulk of my Khorne and Slaanesh Realm of Chaos stuff adorns the second shelf. Hidden behind the Slake-Sin banner lurks the mighty Spined Dragon I restored the other year. Can you spot the zoat hiding away somewhere? 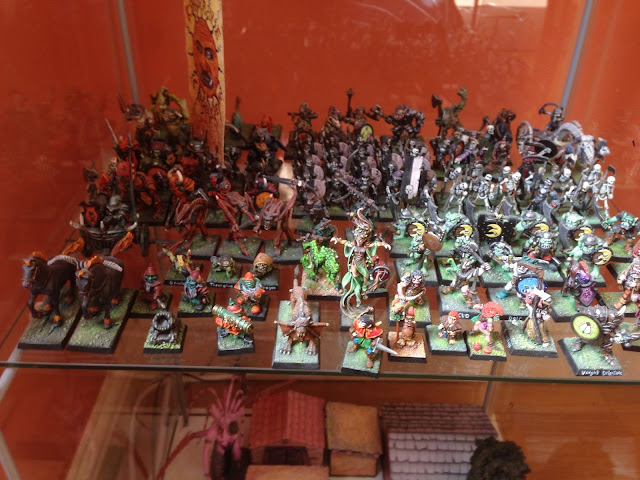 More Realm of Chaos stuff has spread to the third tier along with my embryonic undead army and the bits of pieces of the goblinoid force I have painted over the last four years. There is a more modern wood elf in the centre of the picture, sent to me by the former 'Eavy Metal painter, Andy Craig, after I interviewed him. 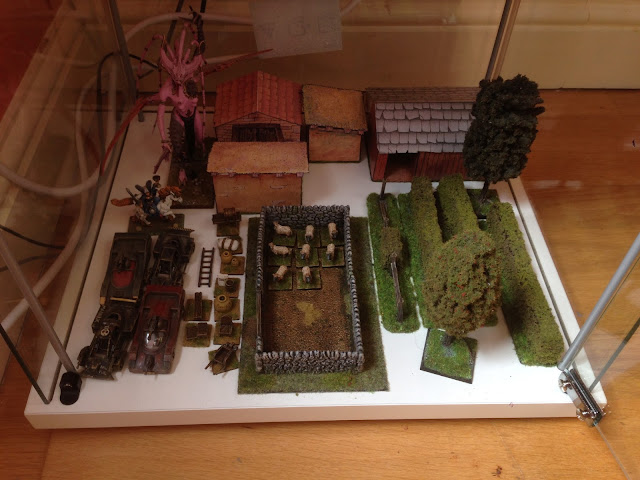 At the moment I am using the final shelf as a store for scenery, though four Dark Future cars, a Forge World Keeper of Secrets (painted in 2010) and a Bretonnian sorceress painted in 1997 - for an long departed university girlfriend who had the forethought to leave this model behind with her when she left!


If you are interested in looking at a cabinet like this one for your own collection then follow the link. This one cost us £40, which is a reasonable price to pay I suppose and seems rather sturdy now that I have tightened up all of the screws. Of course, now that I no longer have to worry about dust I have to worry about the cabinet falling down and destroying my collection.