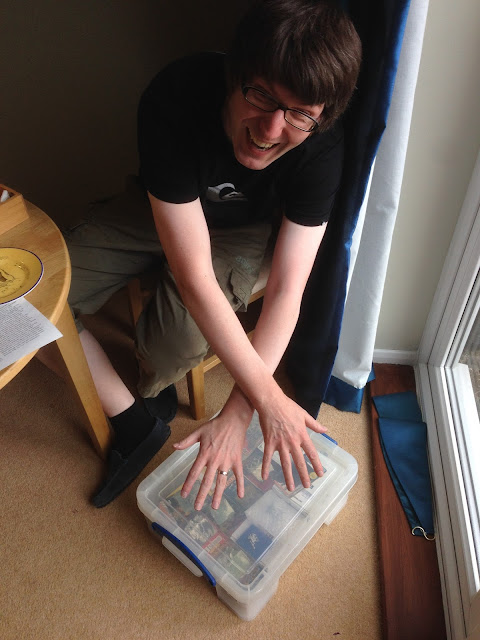 During my recent adventure to Stuart Klatcheff's home to paint up a few miniatures, my host remarked once again about his fabled collection of sealed blister packs. Being a retiring sort, Stuart has plenty of time to scour eBay for bargains and his knowledge of the Citadel range (pre and post slotta) is considerable, so subsequently his collection has grown to formidable size.

Bt until now, I had only HEARD about the near mythical collection but had never actually seen it. Just before I was leaving, Stuart bought down just ONE of his many boxes from his secret dungeon. What lay within just blew me away, as you will see. 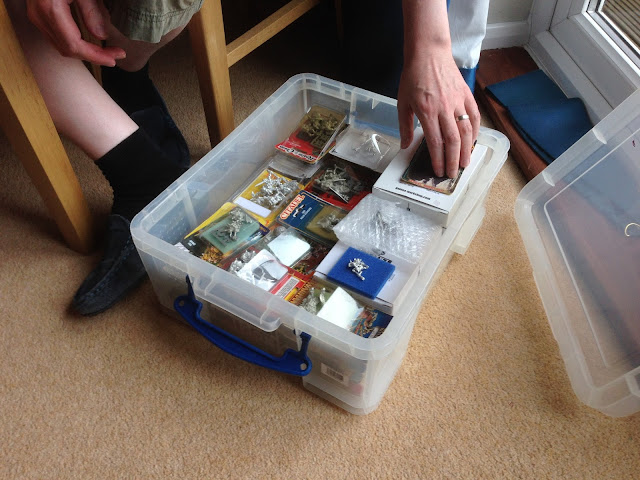 The carefully packed box was just full of sealed blister packs from the glory days of the 1980s. And these packs weren't just sealed, many of them were mint and looked to have just been plucked from the shelf of a Games Workshop store or Wonderworld type shop only yesterday. 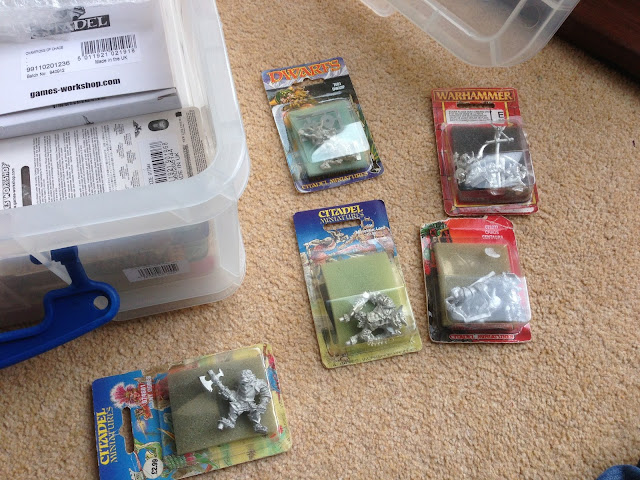 My first forays within the container unearthed some treasures indeed, including a mint and sealed rarer variant of Skrag the Slaughterer, along with Realm of Chaos era centaurs, an armoured minotaur and some dwarfs! 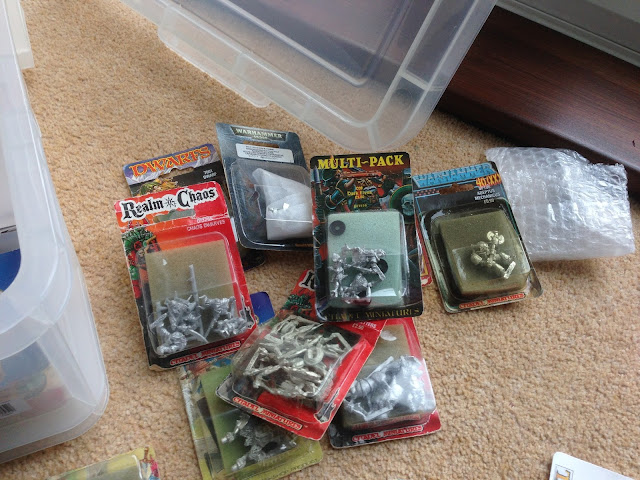 More spilled from the box and I dug deeper, including: chaos dwarfs, bloodletters, dark elves and an Adeptus Machanicus marine all sealed within their blisters. 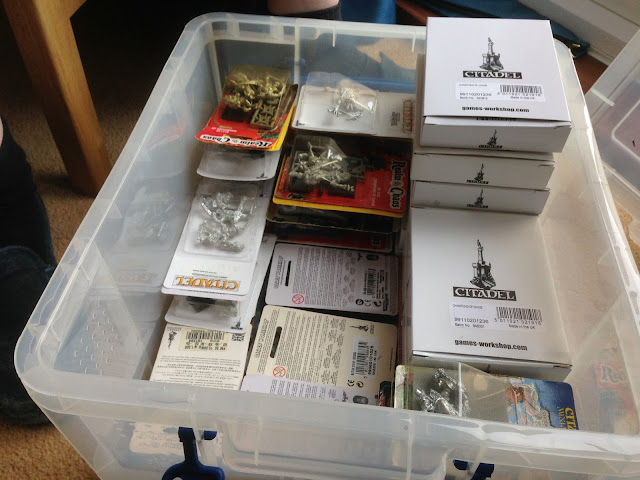 But we had barely started... 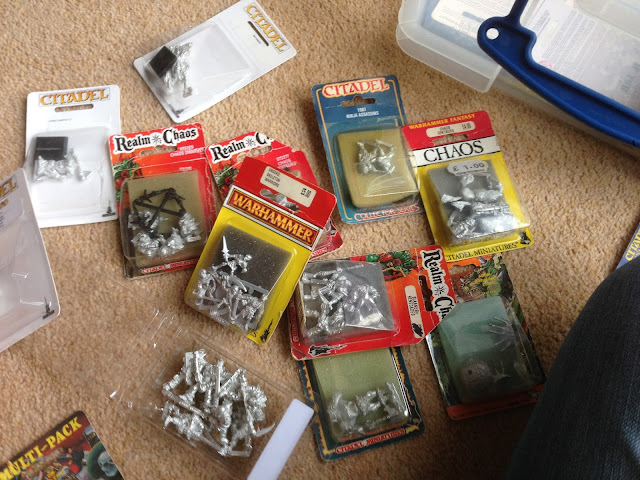 Can you spot the sealed and mint limited edition Thrud model? Or the chaos champions - including the chap with the jezzail? 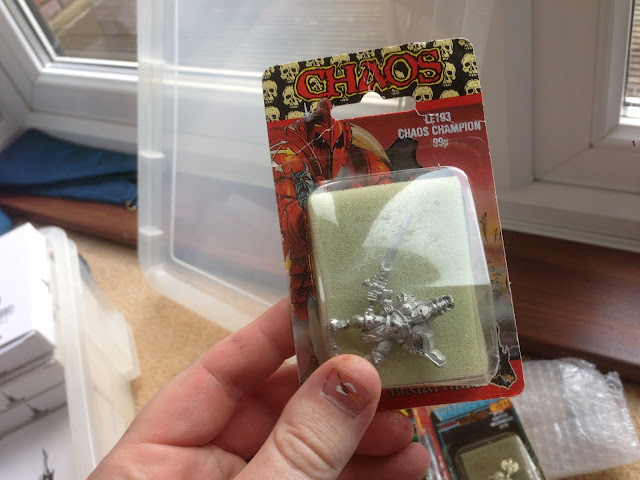 Or the (originally limited) Slaanesh champion with the book and sword - still sealed and practically mint! How does he do it? 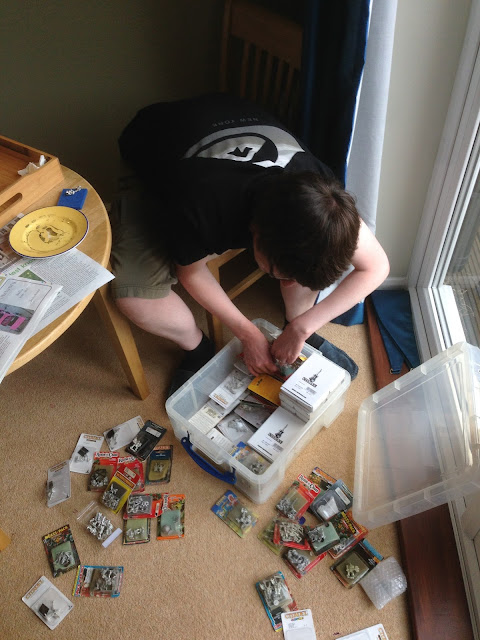 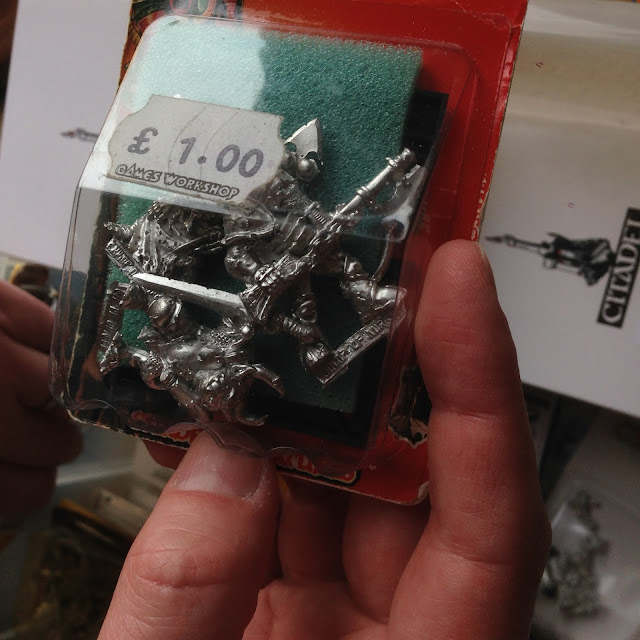 There are two pretty desirable models in that blister! 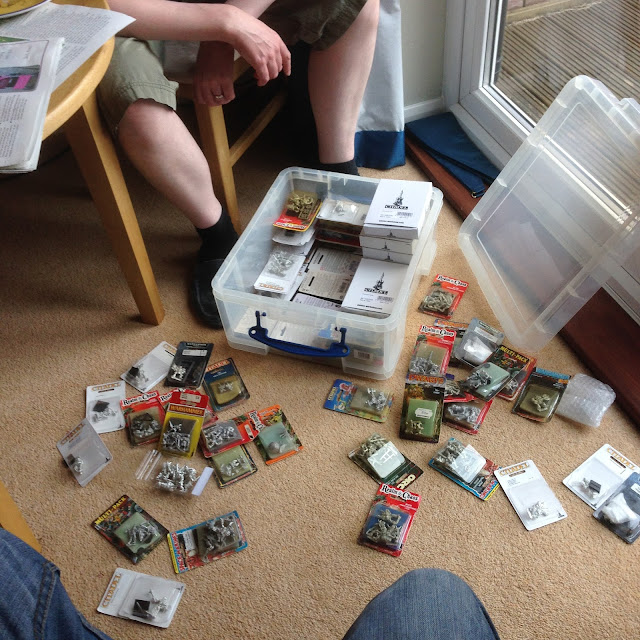 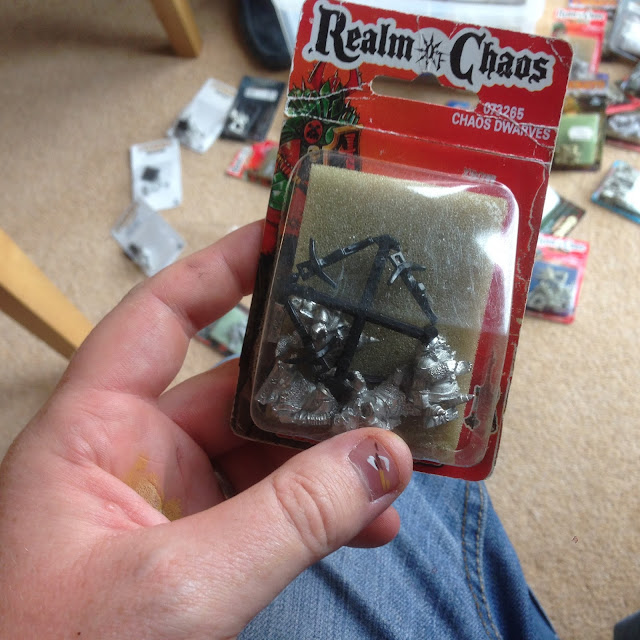 I have never even seen a sprue of the plastic Citadel crossbows. Let alone some still sealed in a Realm of Chaos pack. 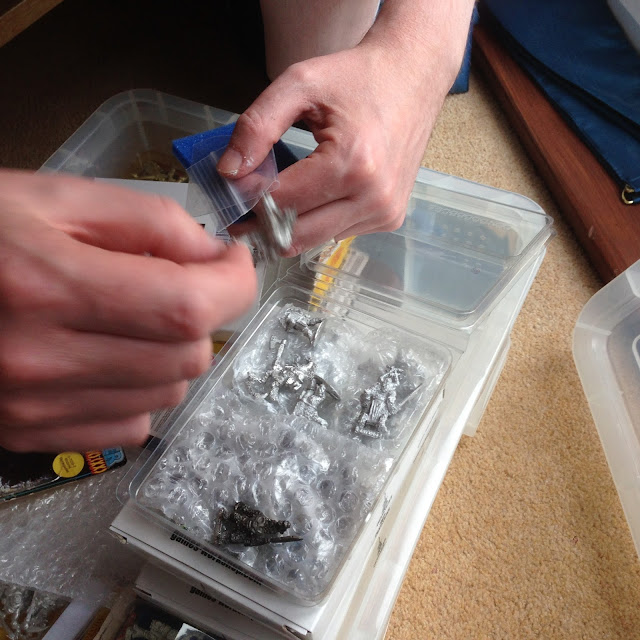 And then there was Stuart's white metal (mostly) collection of loose models - of which I saw just a fraction. 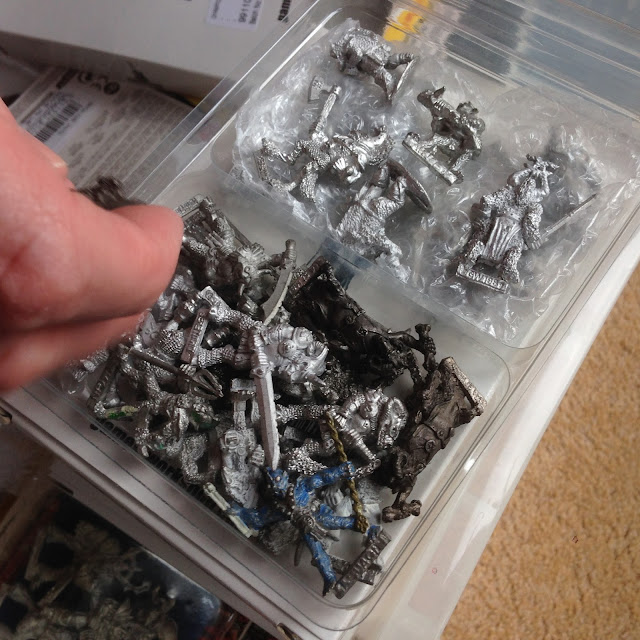 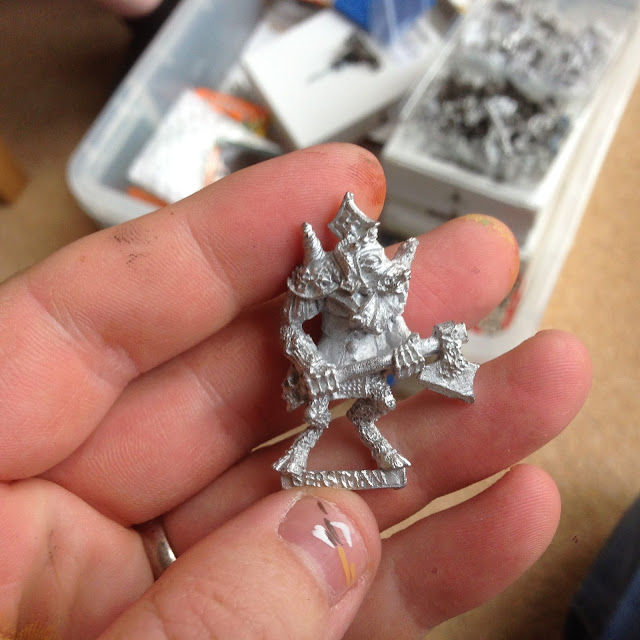 Including this lovely model from Kev Adams.

And I thought I HAD A LOT!