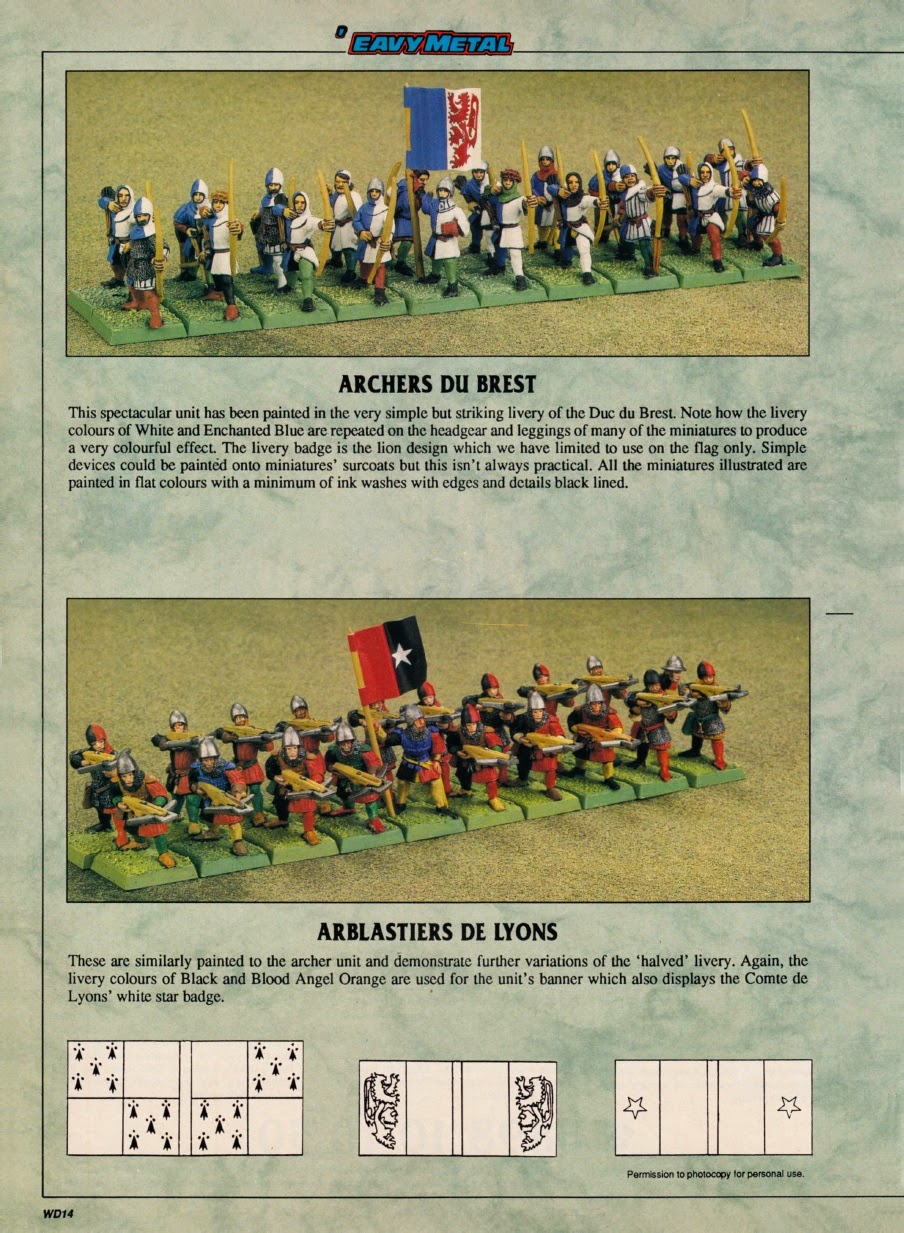 This is a second post in a loose series about the Bretonnian releases from early in the 1990s. Previously, we had a little look at the 'Eavy Metal background to the 'look' of the models. Today, with an extract originally published in White Dwarf 137, we go a little further and analyse some of the models themselves, as well as have a glance at the updated army list.

Before any of that, I have a quote from the dark and brooding Rick Priestley concerning the 'Chivalry' game I was postulating about in my last post. He shed a little light on the project over on the Oldhammer Facebook Group.


Rick Priestley: The Chivalry game was actually written up and developed by Nigel Stillman - based on an idea from Bryan Ansell - and utilising a range of models developed by the Perrys. So, yes Alan and Michael were involved - and did contribute to the game - but it was Nigel who worked up the game and Bryan who had the 'vision' for it. In fact it was many games that interlocked - with an overarching dynasty building game behind it - as I remember. There was a jousting system I think - and a man to man combat game that was based on cards - which I think I had a hand in. I remember playing it with the Perrys on the train down to Salute! Just one of the very many things that were worked on and abandoned back in the day.

Taken from a Facebook conversation about the game 'Chivalry'. March. 2015


The first 'new' figures that we see are the missile troops that head this page. Practically monopose, with simple variations, these models work well in big units - though their simplicity is a sign of things to come. The twenty man units look great. 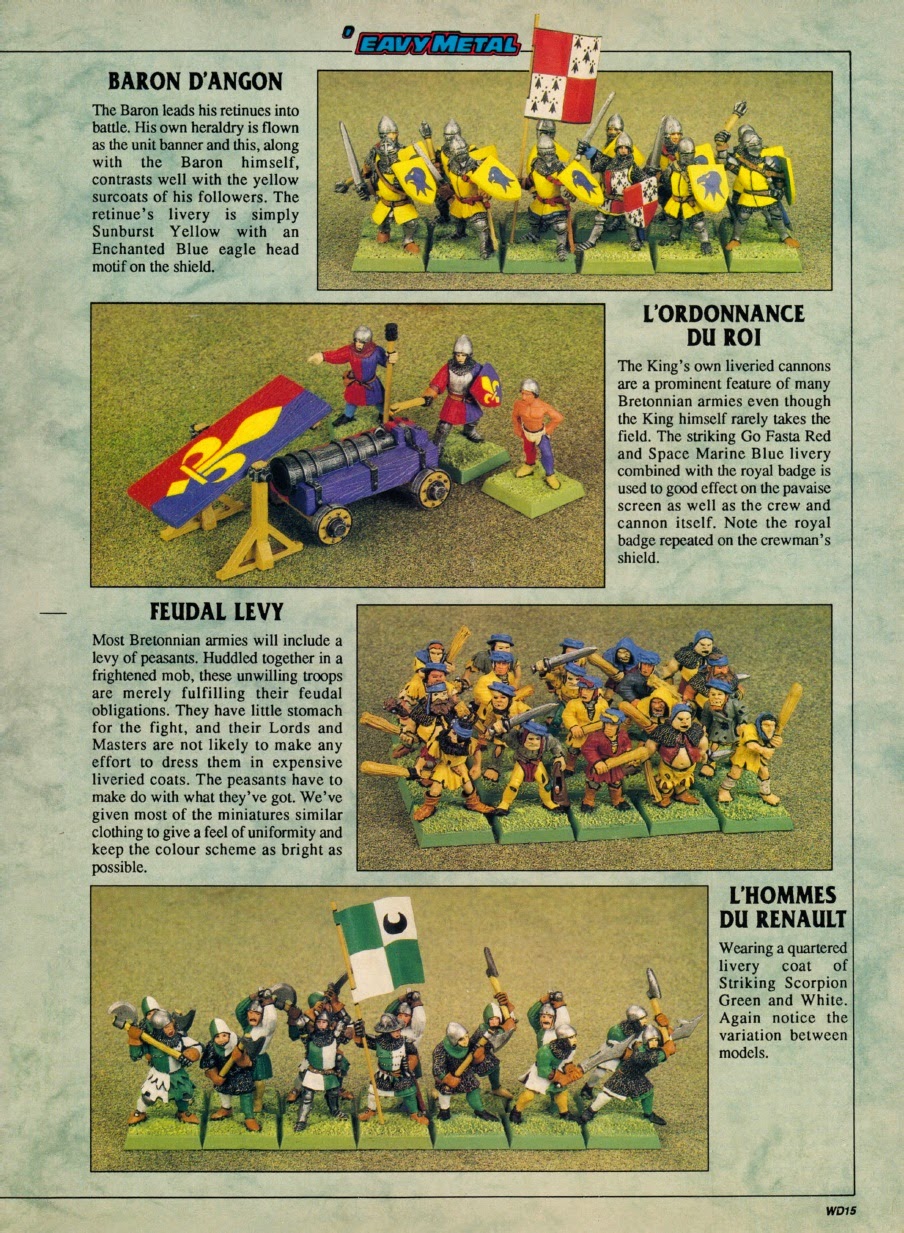 The second page contains, as you will have seen, the lovely new Bretonnian knights on foot: sword and shield men and those armed with double handed axes. Again, these are a variety of similar sculpts rather than a range of individual models - but the result really does look like a historical army. It sees that many gamers of the time were split into two distinct camps: those which found the models too historical for their tastes and those who were happy to collect them alongside the more fantastical stuff the early 1990s gave us. Which were you at the time, eh?

Most worthy of note is that cannon (I have always wanted one of them!) and if you can recall clearly, you will remember that there were a number of other new gunpowder weapons as part of this range. They are now, sadly, long gone and can fetch some pretty prices online. I have included the catalogue pages for the missing stuff at the end of this article. The levy is of course as old as the hills, being (mostly) the old Militia/Mercenary range that is still pretty much available from Wargames Foundry. 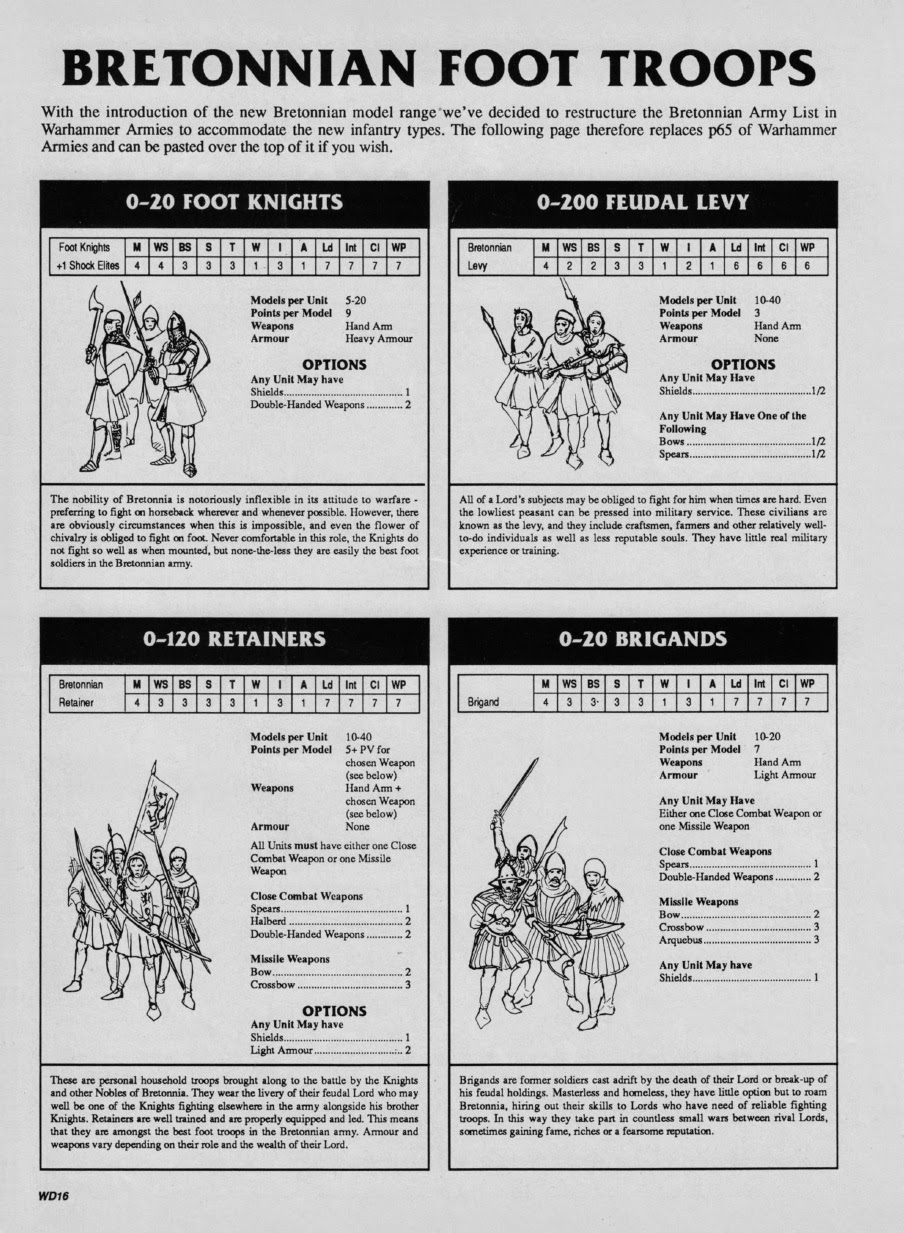 Finally, the updated page for Warhammer Armies reflecting how the Bretonnians have changed with the new miniature release. A useful document for anyone considering a later Bretonnian army and needs something 'official' to help tie up all the loose ends. Oh, and I found some rather poor quality scans of the 1991 catalogue to show off the rest of the brilliant artillery range. 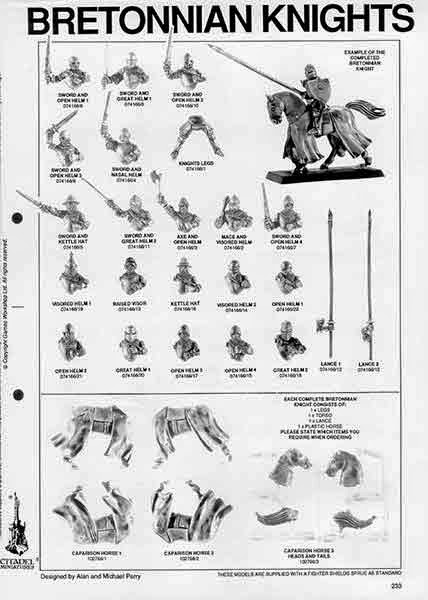 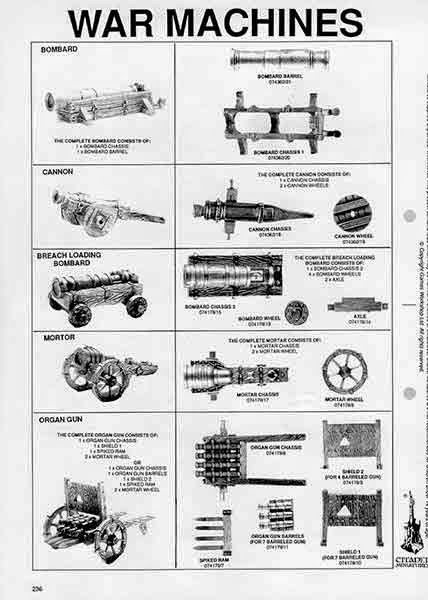 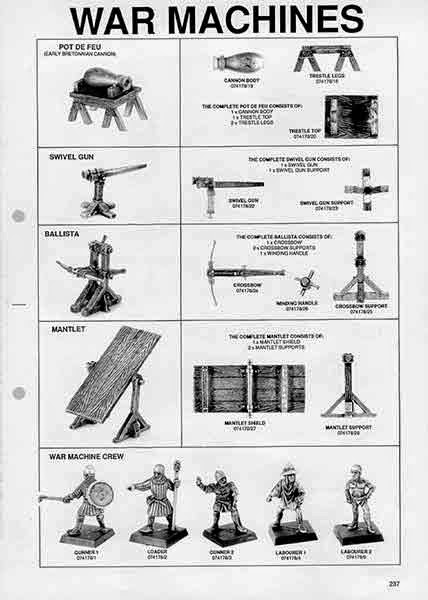 Email ThisBlogThis!Share to TwitterShare to FacebookShare to Pinterest
Labels: Acceptable in the '80s, Bretonnians, Painted Miniatures