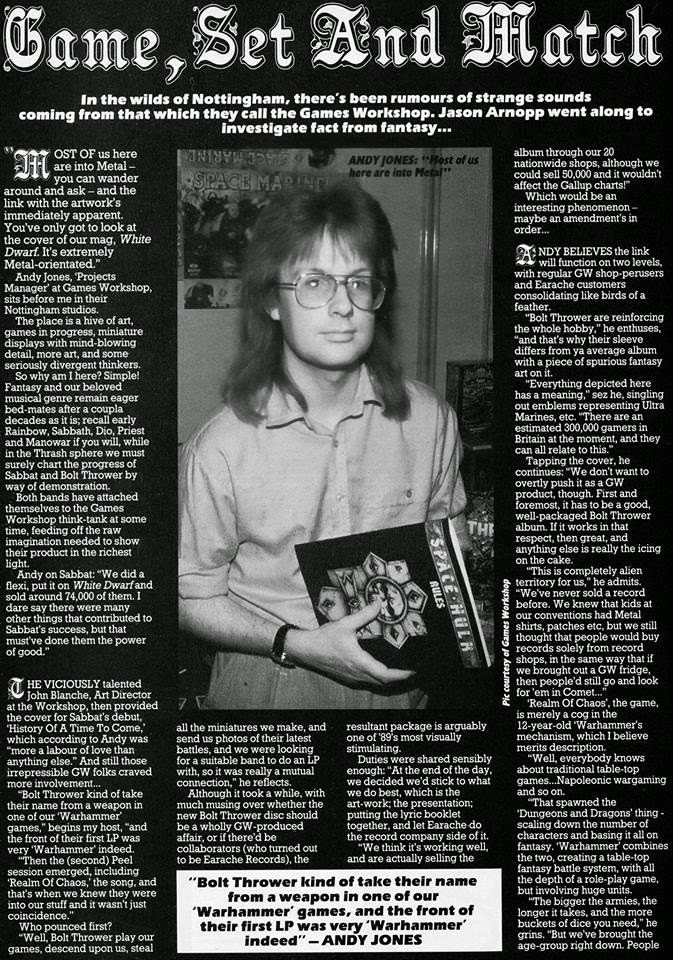 How about this then? These two images are doing the rounds on various social media outlets today. They are scans taken from an issue of Kerrang! (December 1989 #270 to be precise) and were spotted by long time Oldhammerer, Jason Fulford. They concern themselves with the relationship between the Games Workshop of the Bryan Ansell years and '80s metal music. Now, this is stuff we have talked about before in Warhammer Rocks but these few pages are packed with some fascinating facts that I wasn't previously aware of...

Like that the Sabbat 'Blood for the Blood God' flexi-disk White Dwarf issue sold 74,000 copies. By the way, that was also the launch issue for Warhammer Third Edition!

And finally this apt quote from Andy Jones: "Warhammer combines the two, creating a table-top fantasy battle system, with all the depth of a role-play game, but involving huge units.' 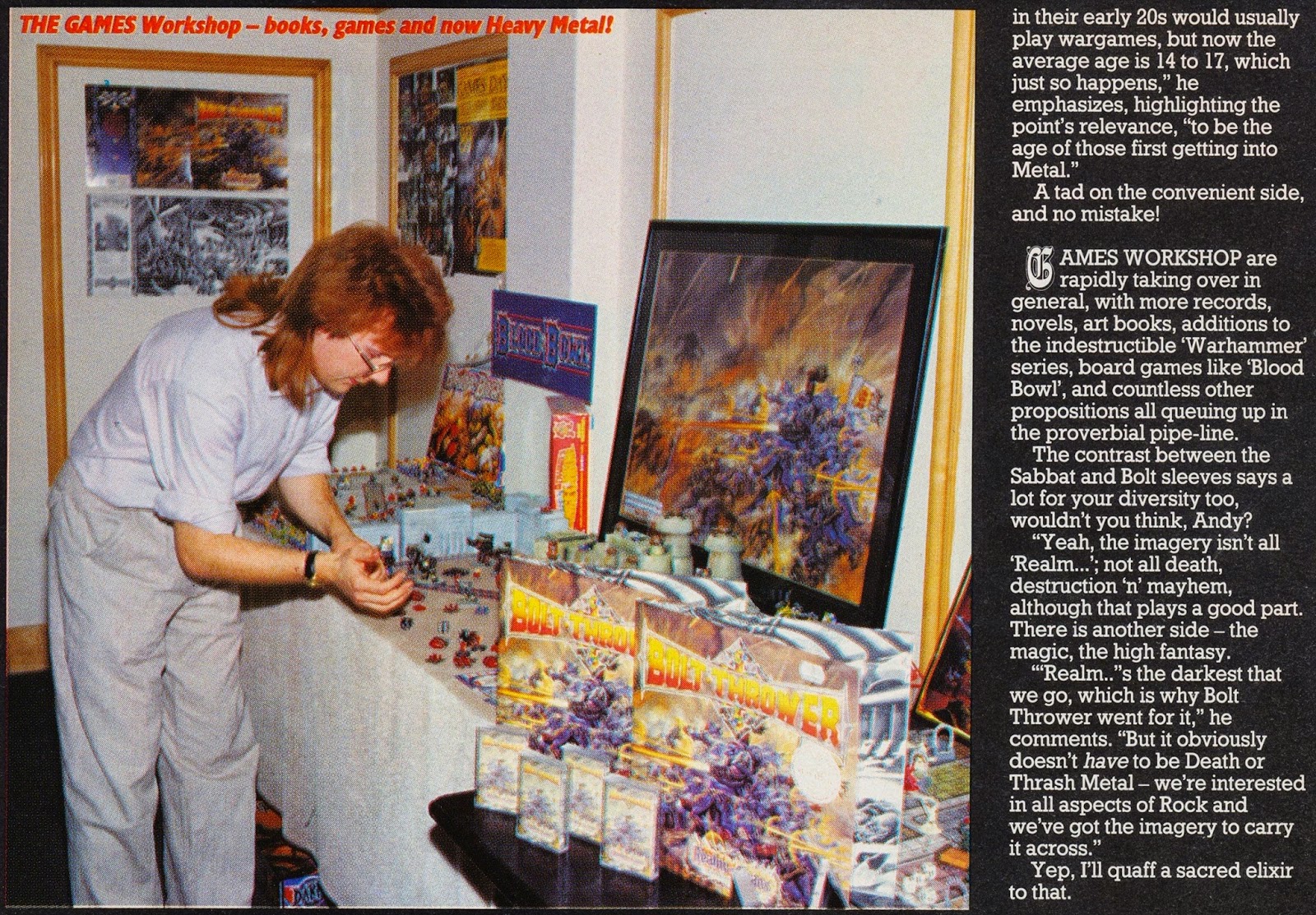