A Triad of Treemen 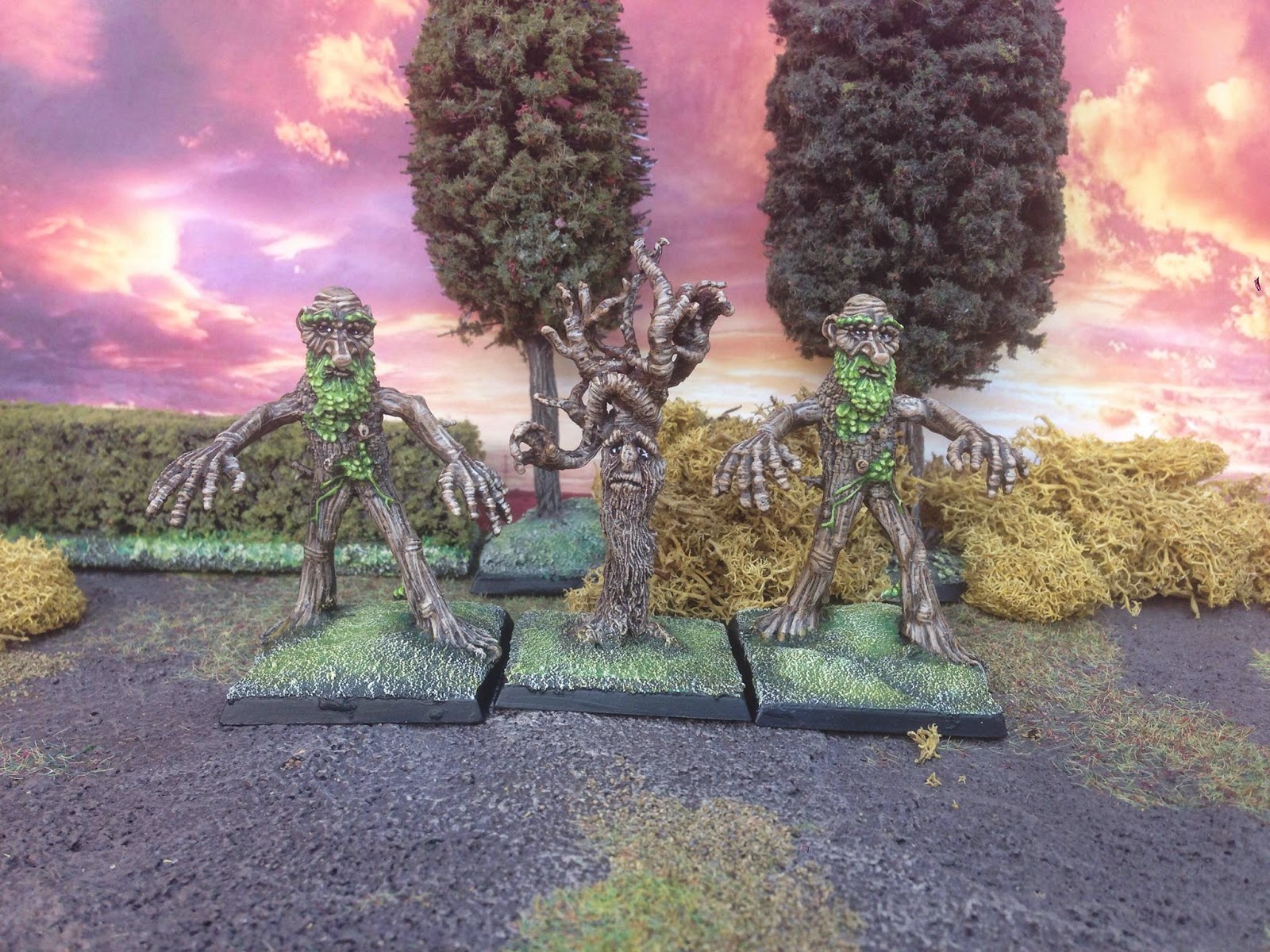 What is better than a single treeman? The answer is really rather easy - three treemen! Now I have waxed lyrical in the past about how much I love these models and I must confess that my obsession in all things Ent (can we say that in Warhammer?) has led me to purchase two further models from eBay in recent days. Another 1985 Treebeard model, and the classic 1984 Treeman from the Second Compendium, otherwise known as 'Klinty' in McDeath collecting circles.

Its been quite a project. The model on the right has been painted three times and old Klinty was so filthy upon arrival (black grime rubbed off onto your fingers when you handled him) that he needed some serious cleaning.

If we start with the 1984 treeman, Klinty, I can tell you that he must have been popular back in the day as there are a great number of the available on-line - with the price averaging out at about £18 each. Now, as a sculpt there isn't really much going for poor old Klinty. He is a ancient solid based model back from back in the days when sculpting and casting were really quite primitive. And he looks it when you first handle him. He has a certain charm though, especially if you love treemen, and I really rather enjoyed bringing him back to life.

I found that Dettol really helped shift thirty years of oxidisation from his surface. As I said before, he was so grimy that the black sooty stuff that seems to stick to old lead everywhere left marks on your hands. After a few hours in the brown stuff, I fished him out and was surprised (with a little help from the washing up liquid) to see how quickly that muck could be cleaned away. Undercoating was a problem, probably due to the high lead content, and my white paint just seemed to move away from the surface of the model. I found painting it on directly with a large brush stopped this.

After a few tests, I realised that the models (who are really intended to form a three tree unit) looked rather strange with individual paint schemes. So I opted to repaint the lot using a stage by stage approach and I think its fair to say that I am pretty happy with the results. Though I notice in this photograph that one of Klinty's eyes looks a bit lopsided - so I shall fix that up shortly.

All in all, a challenging and satisfying project that has got my painting score for this holiday up to nine completed models. Hmmm, what next?
Posted by Orlygg at 00:22