Between issues 107 and 111 of White Dwarf, 'Eavy Metal grew up. It lost its 'make it up as you go along' attitude and eclectic contributors (Blanche, Priestley, Sean Masterson etc) and settled down into something we would recognise today. The 'Eavy Metal team were far more visual in the magazine, and it would not be long until their painters would start semi-regular demonstrations in GW stores.

The range of miniatures on show also improves. As does the quality of painting itself, largely due to the arrival of Mike McVey and the employment of various Golden Daemon winners. The quality of writing was also good, with John Blanche and Phil Lewis explaining the artistic approach behind many of the miniatures show cased. Occasionally, guest painters had their work presented, and the extracts that follow contain work from Mick Beard, Pete Taylor and Paul Benson. Oh, and look out for the first appearance of friend to Realm of Chaos 80s, Andy Craig too! 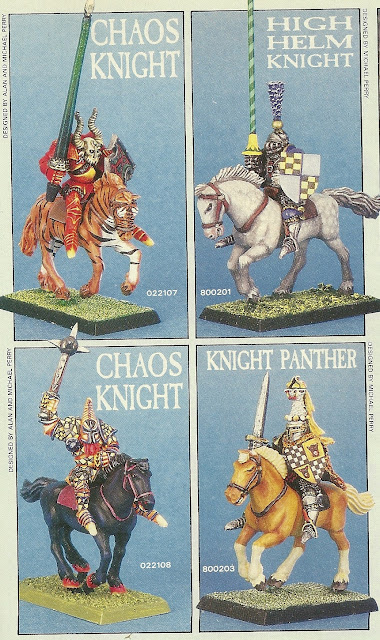