Its been quite a while since I posted up some models I found online here. Today, I found a collection of models that are well worth a wider share. Some of you who frequent the Oldhammer Facebook group may well recall seeing these miniatures before as they were posted there by their owner, Edward George Gladdis.

As you will have noticed after gazing through the first image, there are a good range of classic era Citadel models on show here, including some that are rarely seen painted up. From his postings, its seems that Edward has been working on this army for about 17 years and that there are more units to share in the future. Hopefully, more images of this lovely force will wing their way towards the internet in the not to distant future. 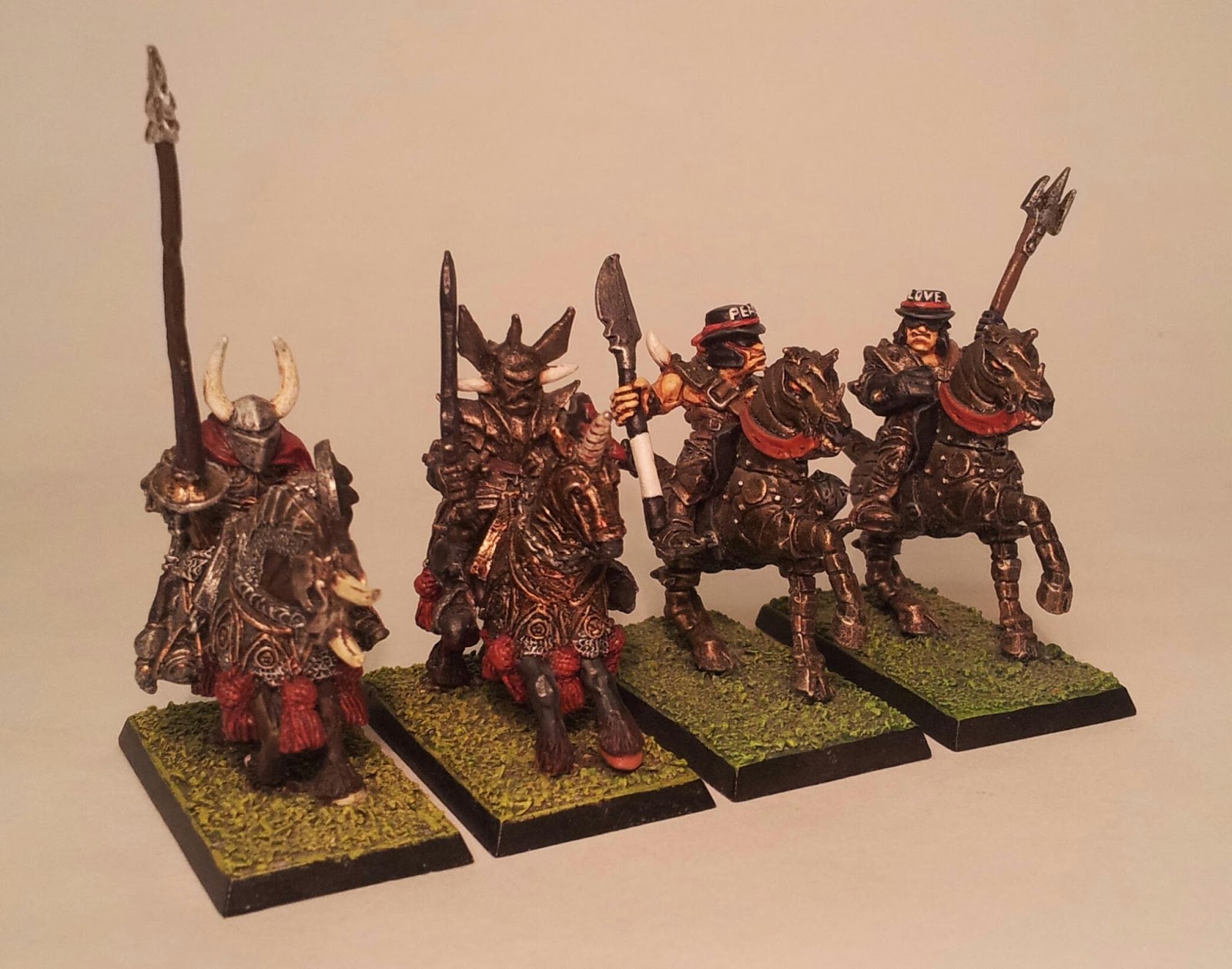 This dark metallic and scarlet colour scheme just goes to show how effective simple colour schemes can be. If memory serves the two knights on the left are preslotta mounted chaos warriors and the two on the right are the Chaos brothers from the Malal era, though these models were released as chaos thugs in the later '80s I am not sure if the mounted versions (shown here) were part of the release. The super retro bases are very evocative of the era and help tie the models together. 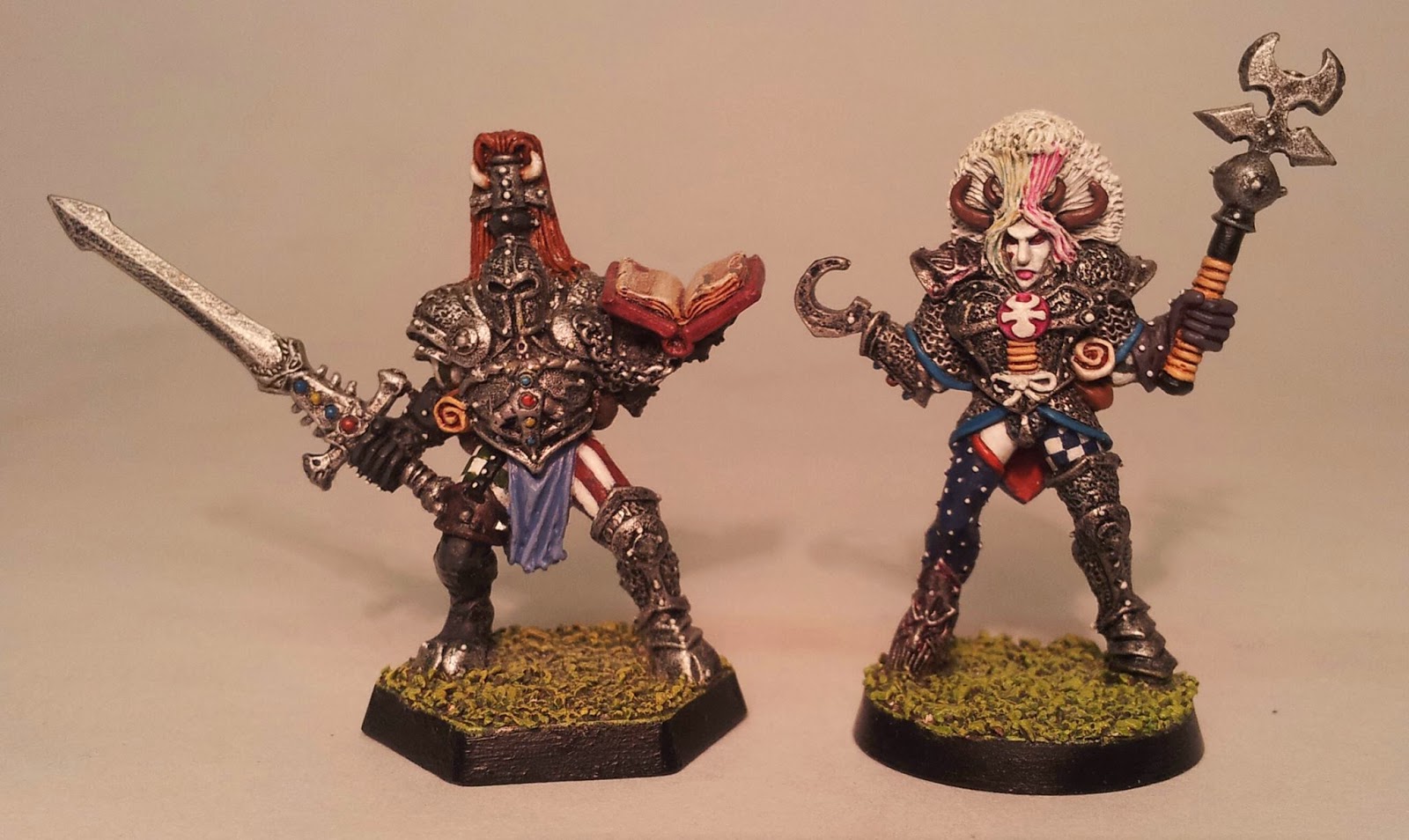 Two classic era Realm of Chaos champions by Jes Goodwin (I think). The model with the book began life as a limited edition job but later became part of the general release. I am lucky enough to own both of these pieces and they are excellent. If you are not familiar with the range go look it up, as these models are easily part of the greatest set of chaos champion models ever released.

The metallic and red colour scheme continues here (which is rather unusual for these Slannesh based models) though there are great touches to be found. I love the strip on the trousers (something that I want to try out myself) and the Blanchian cheques on the other. The pink tinge to the hair of the female champion is also a great idea and one I shall be most certainly stealing in the future. 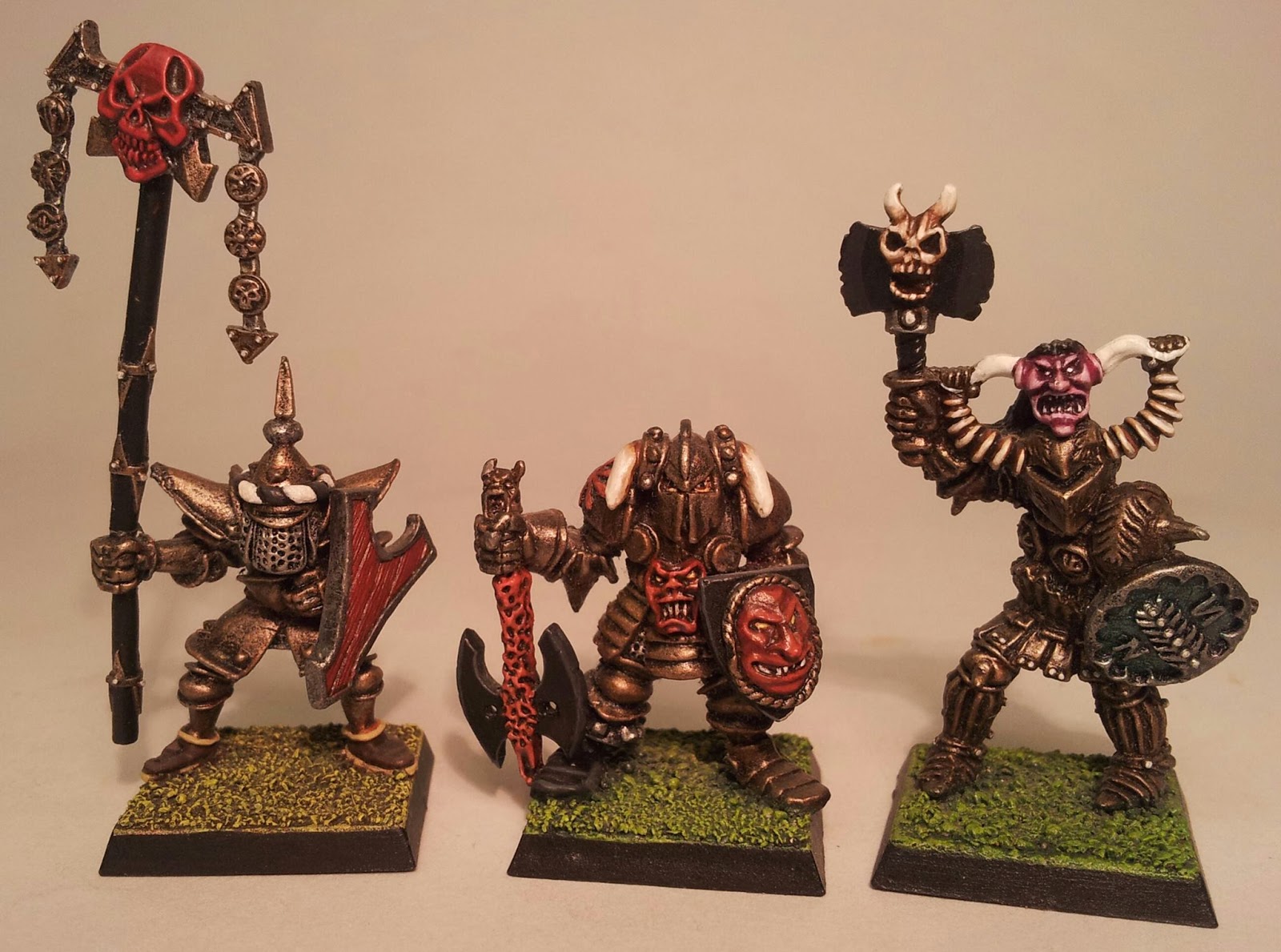 Ahhh, proper old school chaos warriors. The more I learn about this range (from 1985) the more I love the crazy variation that the models offer. Long term readers may well recognise the model in the centre of this photo in my own collection. The standard bearer is a conversion using a later plastic piece and a '80s metal shield. The model on the right is new to me and looks brilliant with that purple head stuck on the helmet. A great fun model that just oozes classic chaos!