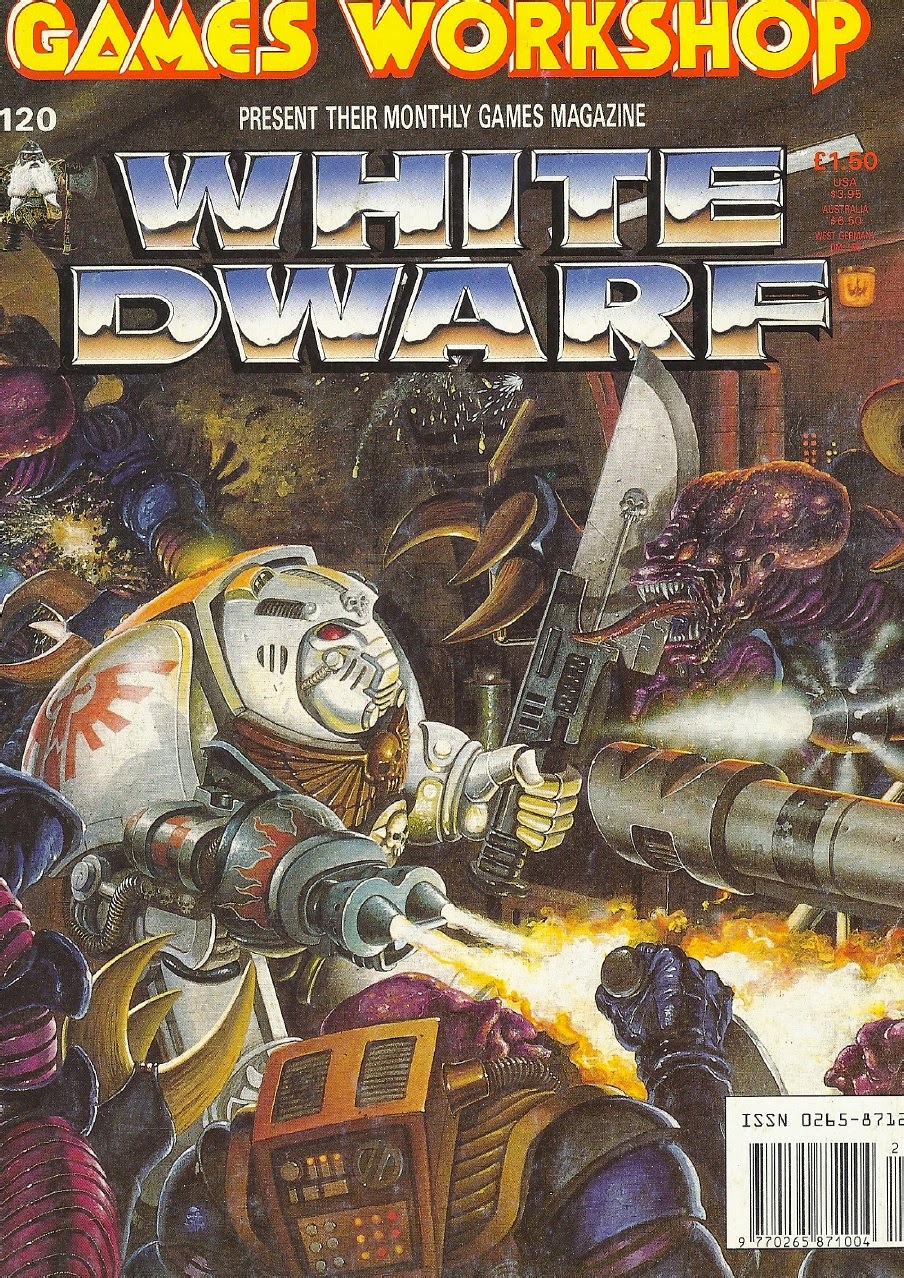 I have spoken about the old White Dwarf battle reports before and have even published my own scenarios. Now, I missed this one from my overview published in March and have finally got around to address the balance.

Peter Morrison is again at the helm of the article and in this installment (the third to be published in WD) we have a classic match up between the Wood Elves and the Goblinoids. I find it no surprise that Orcs and Goblins were extremely popular back in the late '80s as they remains so today. Wood Elves seem to have been in decline for some time, certainly from what I saw of Warhammer gaming 2004-2011, and were recently mooted to being expunged altogether; it stirs happy memories to be reminded that the mighty forest folk were highly popular back then.

Its also interesting to hear about the effectiveness of magic. The wind blast spell is no one that I consider using very often, which is hardly surprising considering my main Oldhammer Army is a Khorne one, but its power is easily demonstrated here with the little story about the 100 strong block of goblins.

Let's have a look at this article... 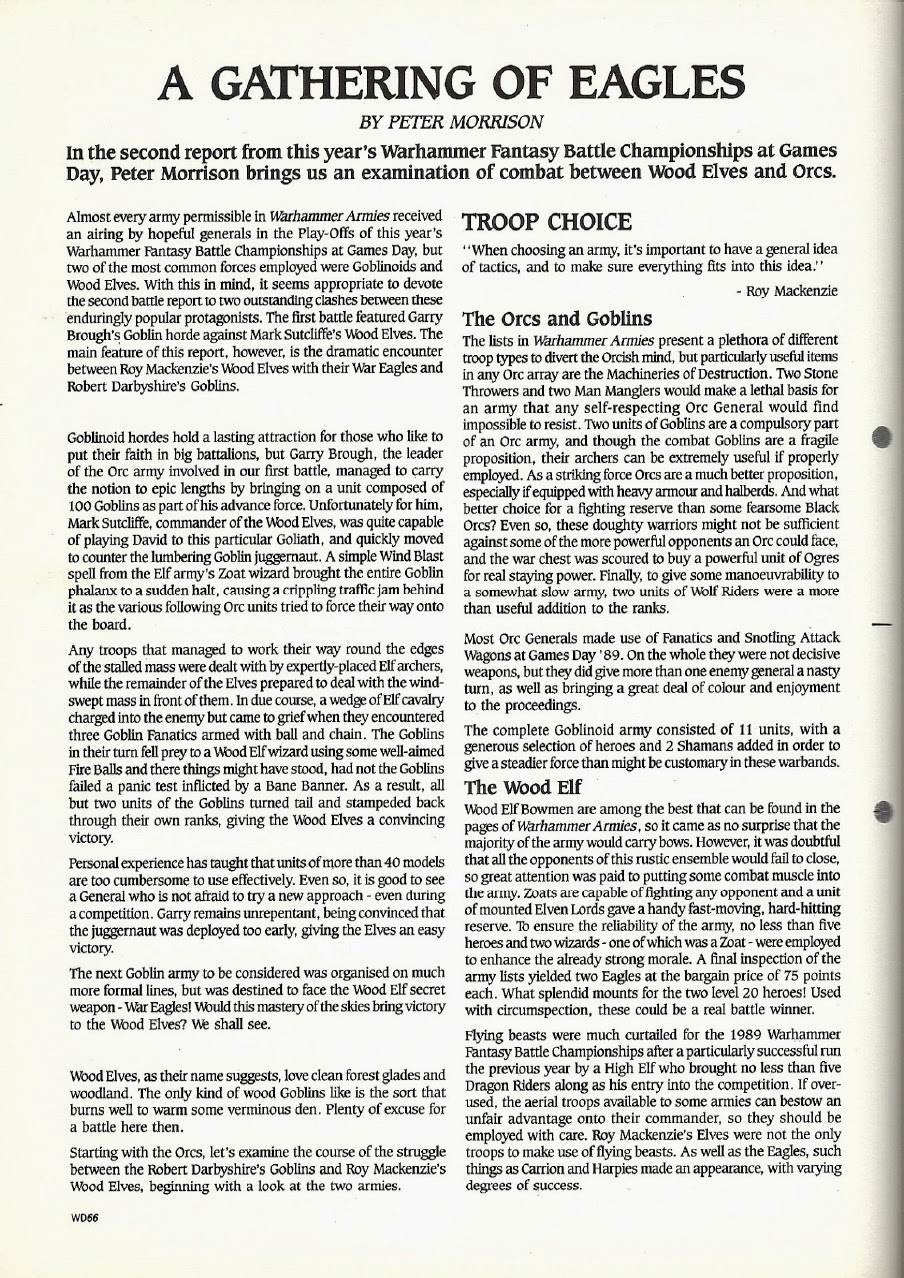 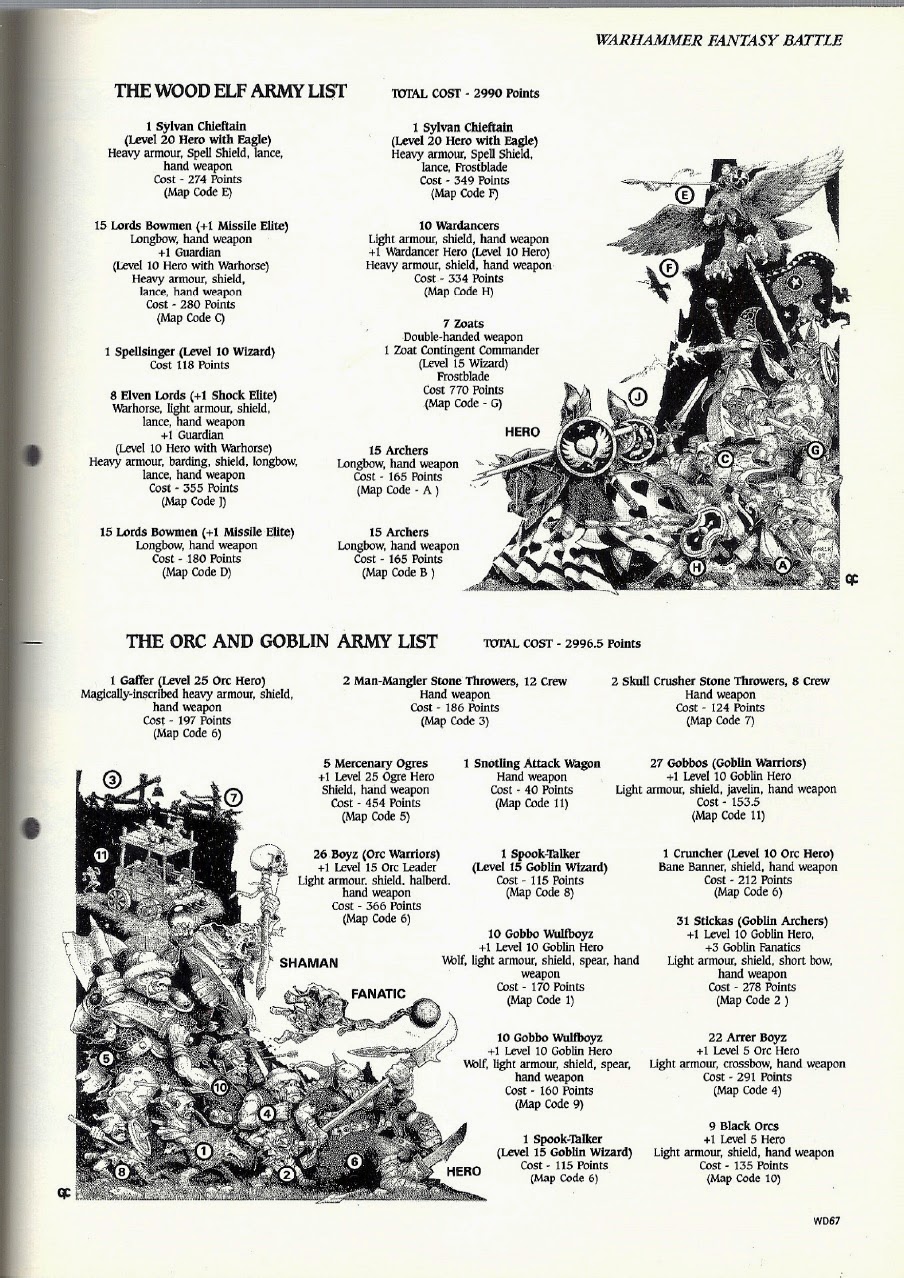 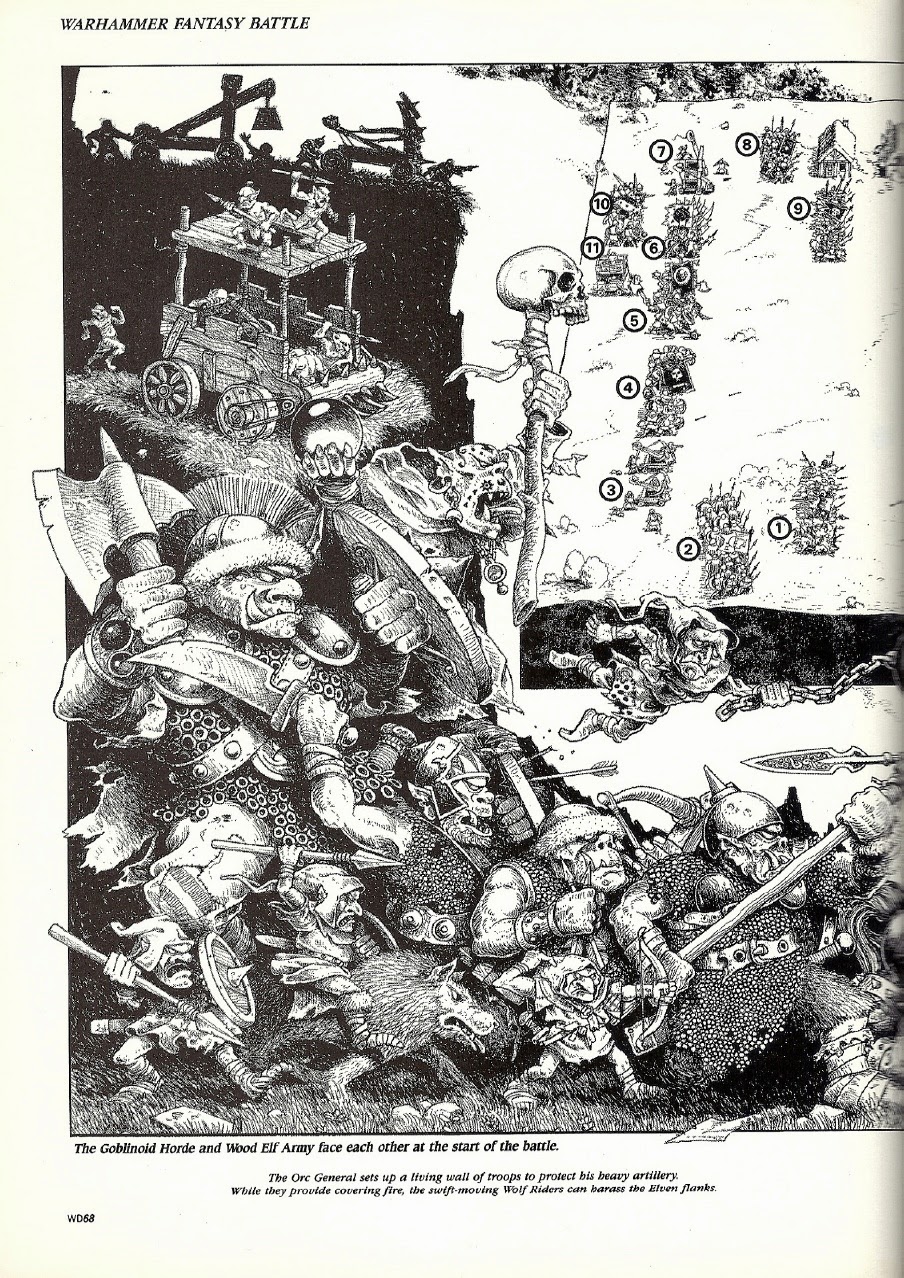 No doubt the gorgeous (and I really do mean that) artwork produced by this article will no doubt failed to make your notice. Its by Gary Chalk and is some of my favourite work produced in White Dwarf It really is lovely stuff and really helps me imagine the mad cap battle in my mind's eye. 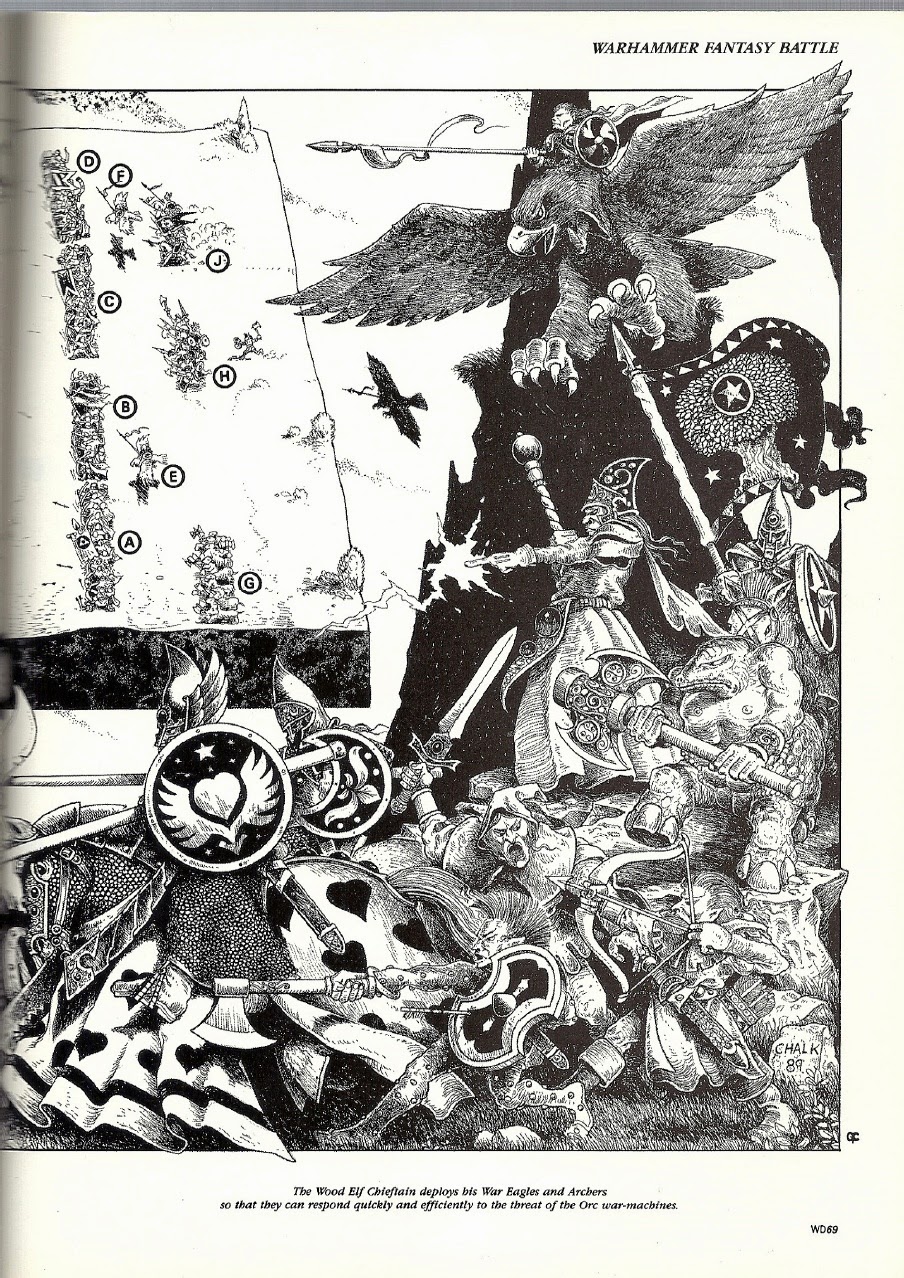 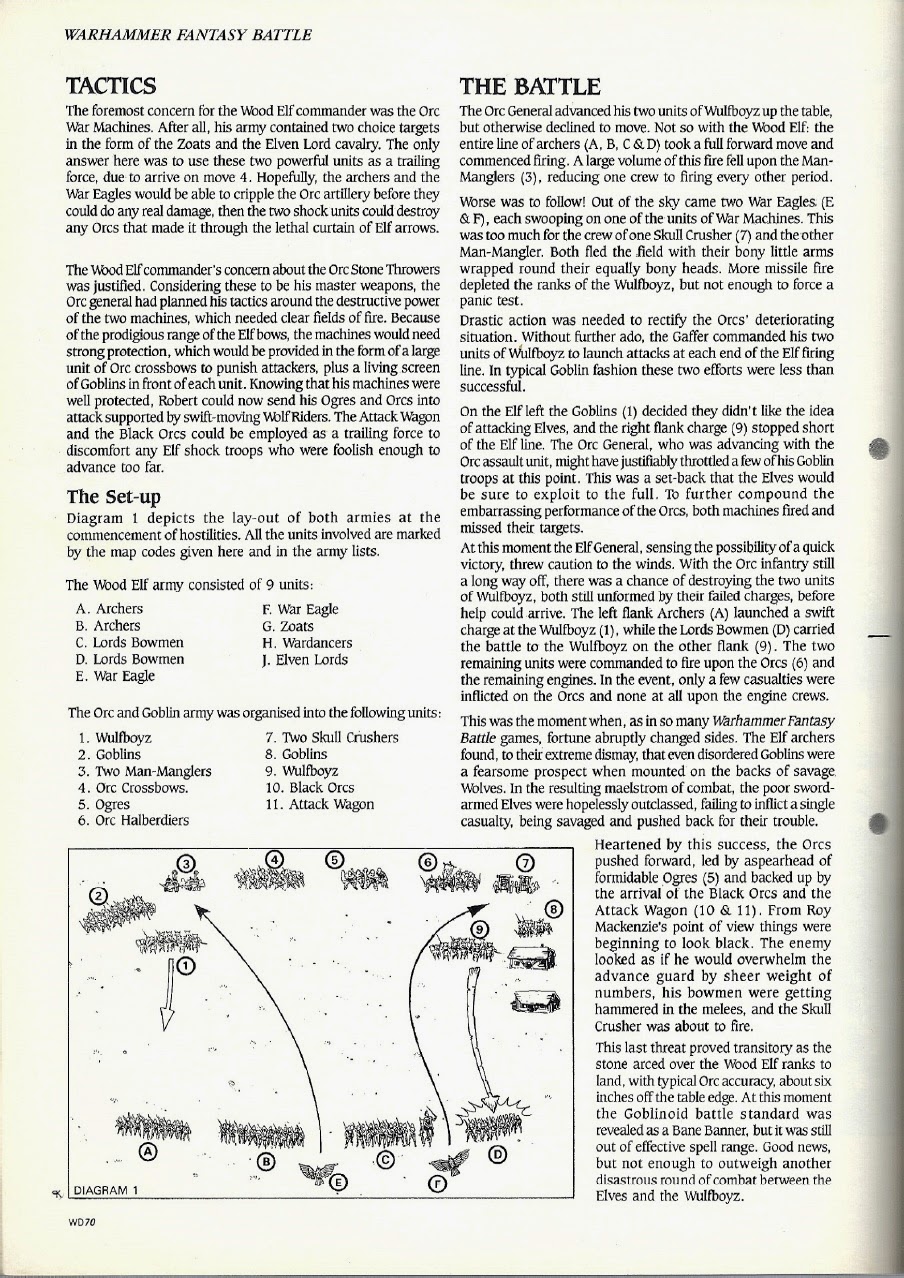 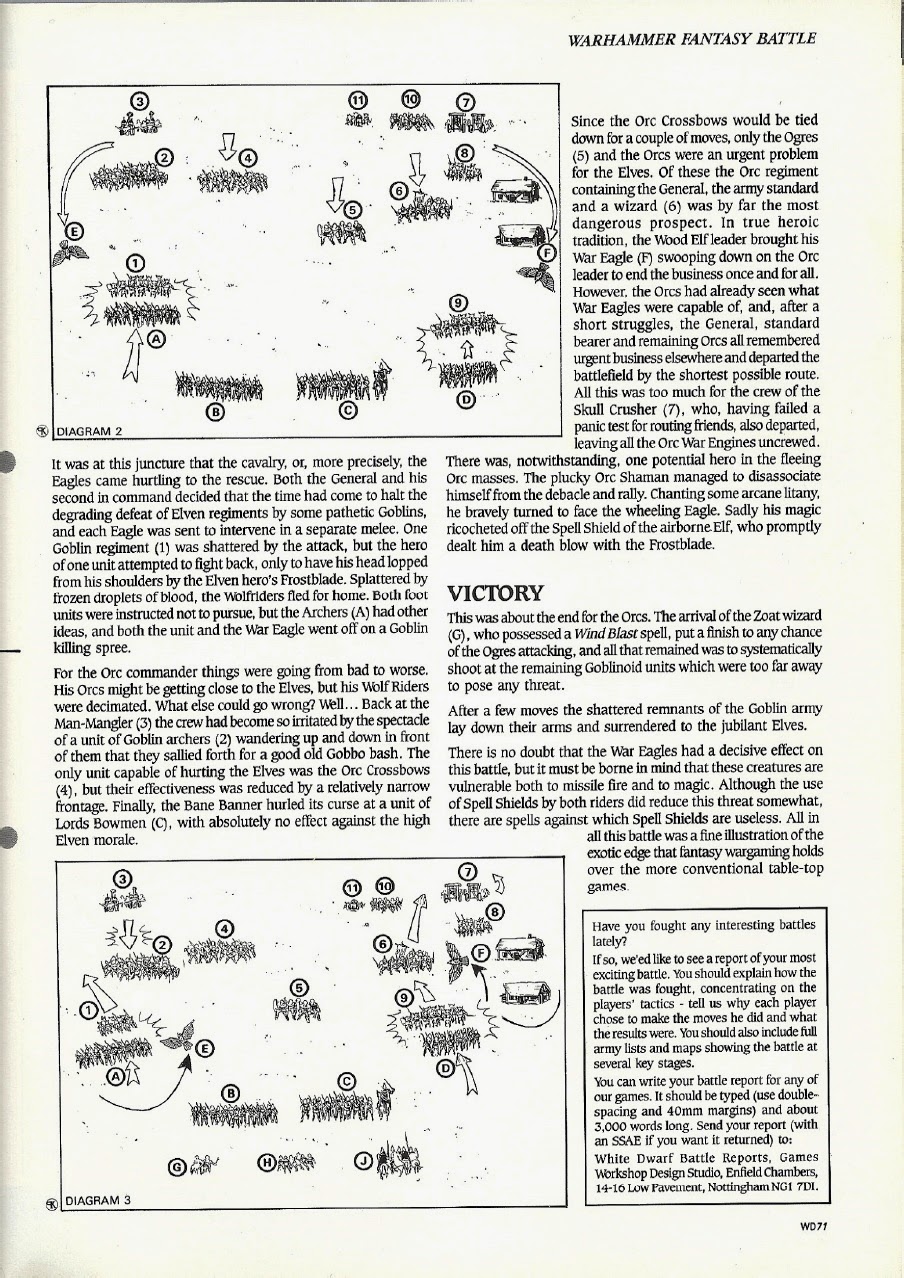 So a Wood Elf victory! Whatever happened to them in the pages of White Dwarf?
Posted by Orlygg at 10:20