Pro-Painted? Asgard Orcs allegedly painted by Aly Morrison (no doubt back in the day)? 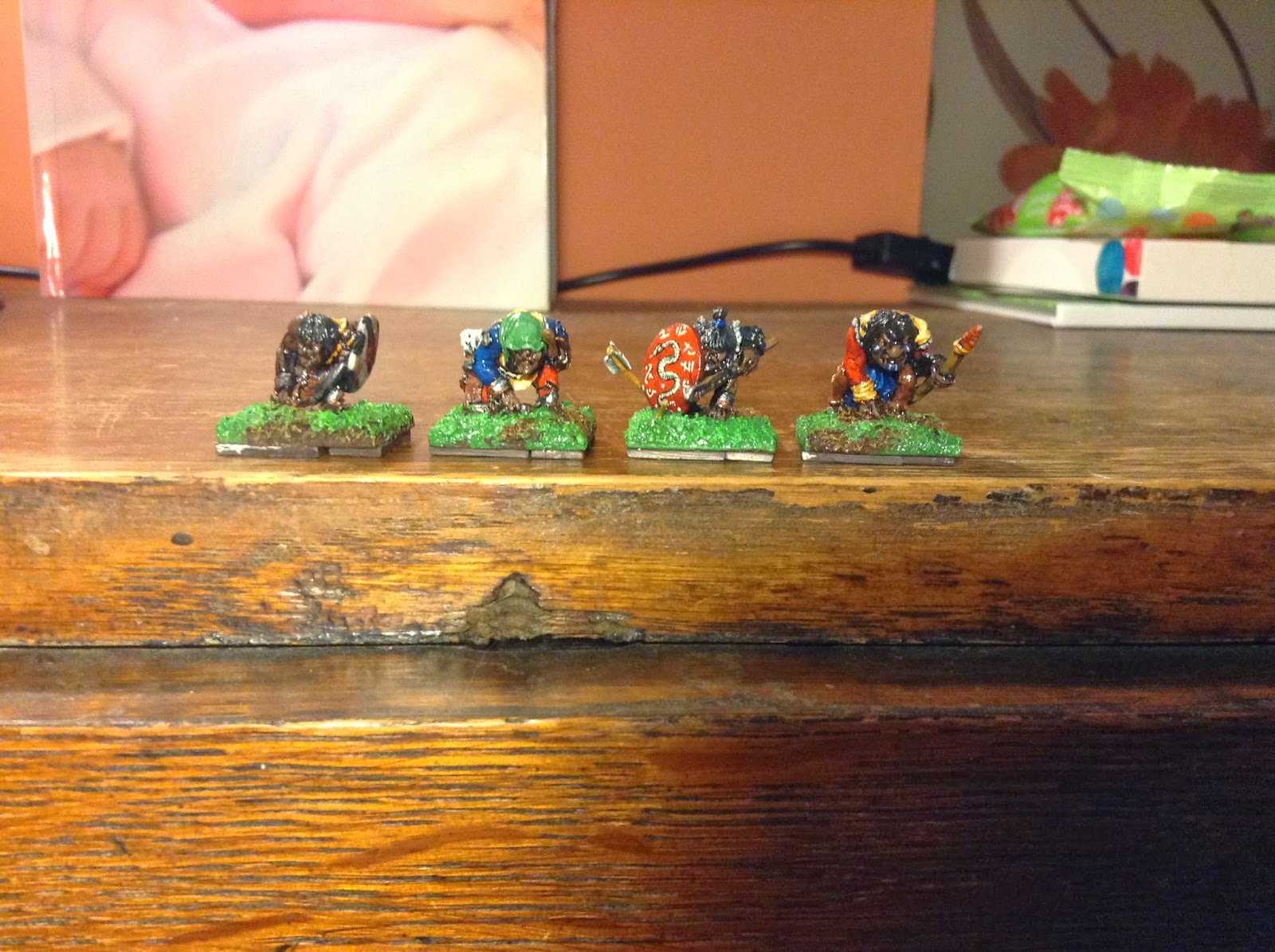 I have been collecting Asgard miniatures ever since I interviewed Jamie Sims. I find them just as characterful as their Citadel bretheren but a great deal less expensive. A few quid here and there and you've got yourself a respectable pile of minis.

Now I was busy picking up some minis for my next big project (due for discussion after the first stage of the Slaanesh army is completed) and clicked through to see what else the vendor was selling. I saw several lots of 'pro-painted' miniatures by none other than Aly Morrison! Now I am no naive old scroat, I was immediately suspicious about this fact, but with no real bidding interest, coupled by the fact that I was after some Asgard orcs, I put down a bid equaling £2 each for them and walked away.

Surprisingly, I won and received these models in the post yesterday. Getting them out of the Chinese takeaway box they had been sent in (?) I peered at the ancient models. The whiff of enamel paint and gloss varnish faintly tickled my nose and I saw kinship between these models and many of the figures I'd seen in Bryan Ansell's Cabinets of Chaos. I chuckled further when I flicked the minis over in my hand and saw the homemade bases cut from chunky plasticard! 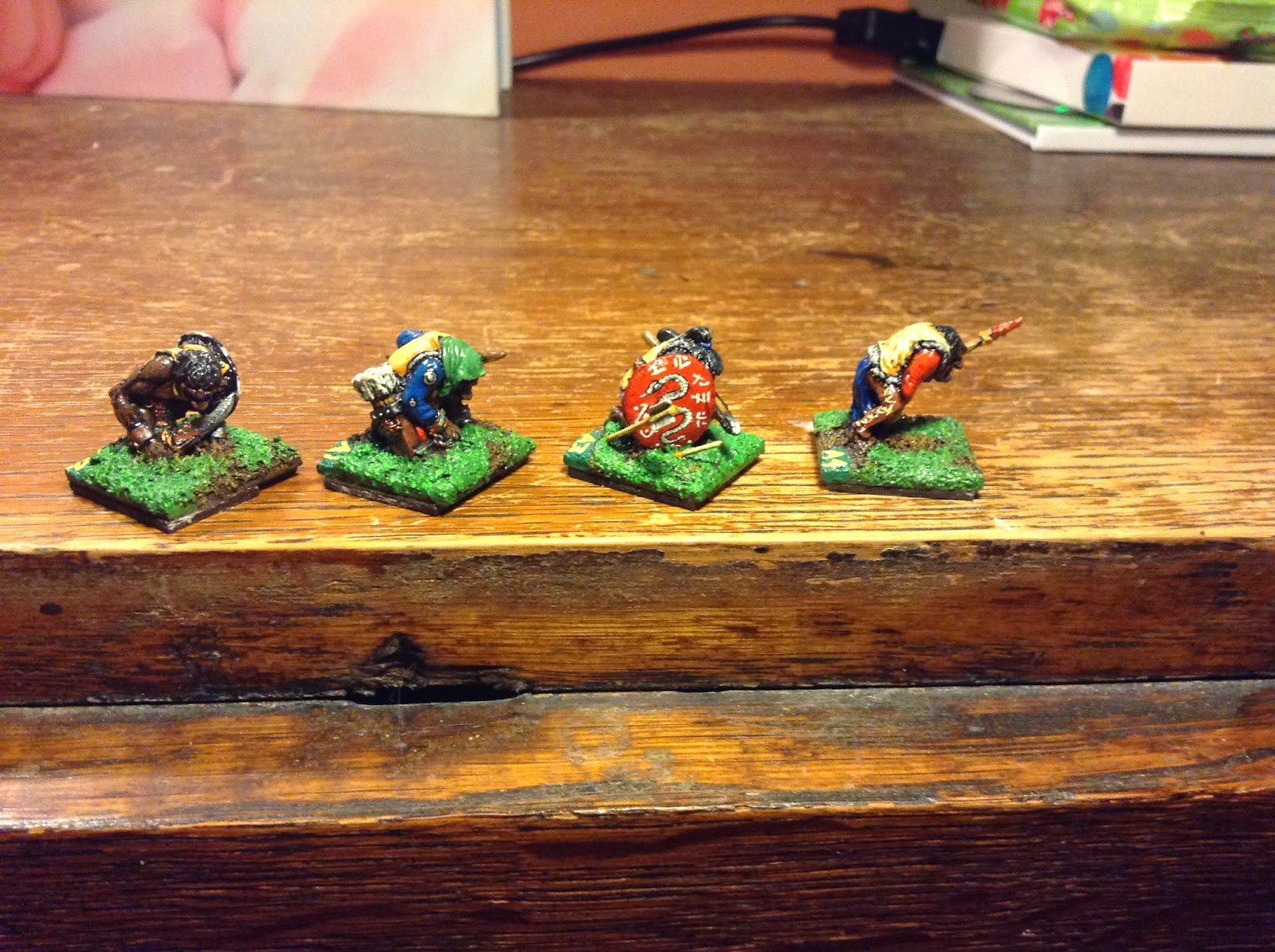 The models were destined for the Dettol bath that lurks unbeknown to the wife above the fridge - its too high for her to notice - when something stayed my hand. What if these really were models painted by Aly Morrison back in the day? Would I be committing some Oldhammer crime destroying the paintjob? So I placed them alongside the other painted miniatures on an extended stay of execution. Peering at them closely I can honestly say that the painting is far from what I would consider 'pro-painted' but the finish does have a certain presence and the shields have some wonderful designs on them, especially the red snake with arcane symbols circling it. 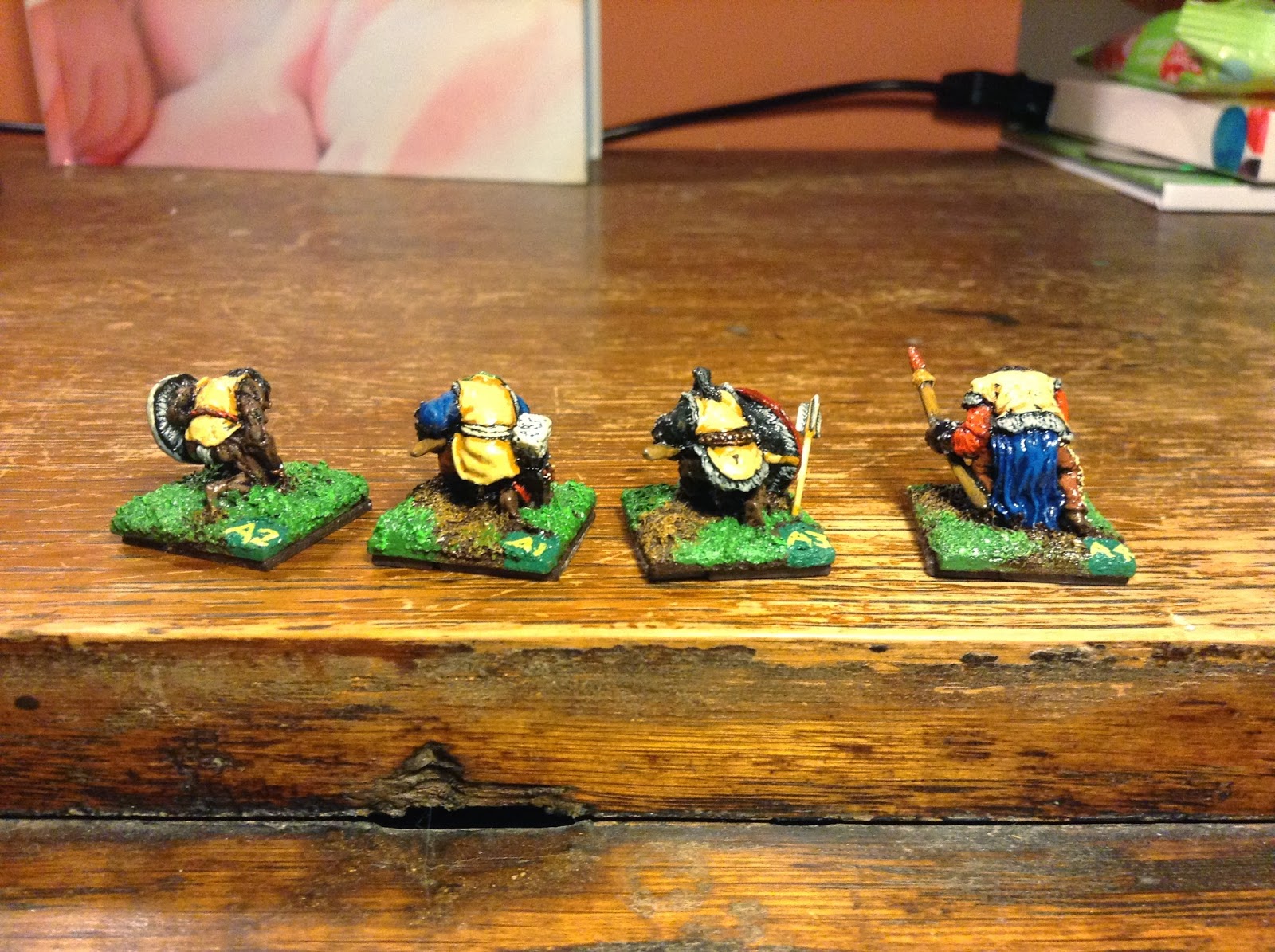 The bases were very simply done and looked like sand stuck to the plasticard and painted green and brown. I am not certain, but there seems to be some attempt to drybrush the base to create highlights, but having never done this is enamels I have no idea how feasible it really is. In the right hand corner of each model is a flattened area upon which is painted A1, A2, A3 and A4 in yellow. 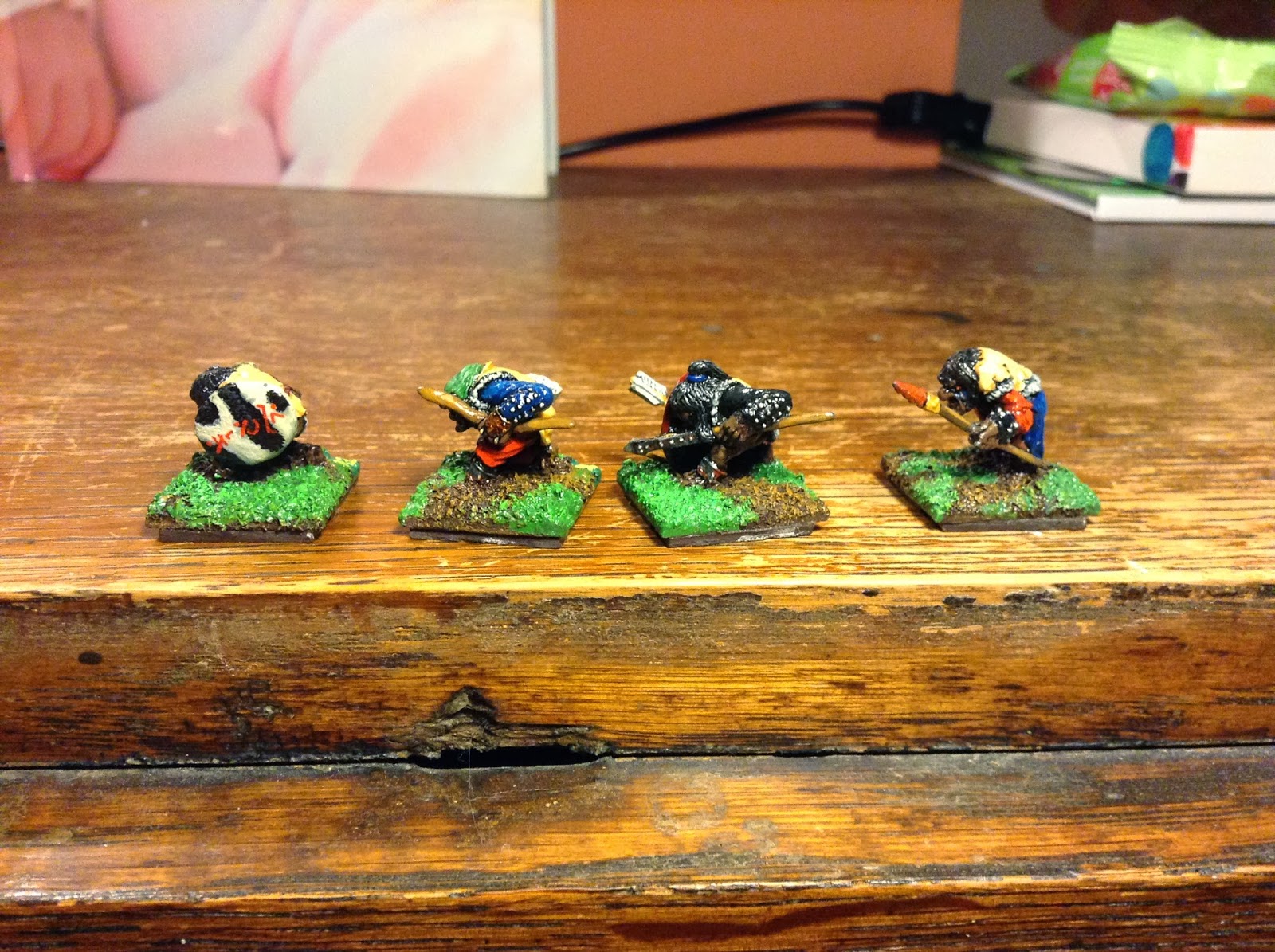 Next, I had a quick Google around the collecting archives in an attempt to ID the miniatures. Were they really Asgard? In about thirty seconds I knew that they were indeed. Here are the models unpainted.


So I am asking the readers of this blog a favour. Do you know anything about these minis? Do you know anyone who might? I would really love to have a confirmation that these are/aren't figures painted by Aly Morrison so that their eventual fate can be known. Until I do, the Dettol bath looms menacingly above them like a veritable Sword of Damocles!