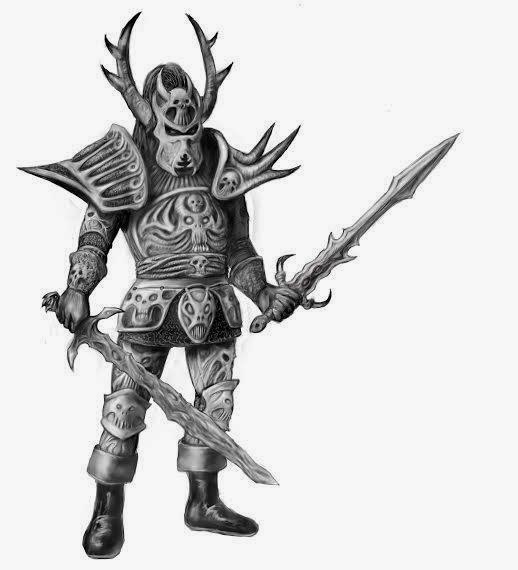 First of all, a big thank you to everyone who entered the 'name the range' competition that Mick initiated for his 'Oldhammer' Eastern Front project. We had a really good response here, as well as in the Facebook group and on other forums. It seems that the announcement of the project as created a little bit of a 'buzz', not just in the heartlands of the UK/US but also beyond, in Poland, Spain and Italy.

Its clear to me that there is a fair bit of support for this project already. So thank you all again!

Moving on then. Mick had the rather difficult task of choosing a name for the range out of the suggestions you all made, and there were quite a few of them to consider. In fact, if you are interested in setting up a new line of miniatures, the conversations are a great resource of ideas. As are they fantastic little 'hooks' to build background around, so if you are comming to this party a little late its probably worth your while checking out the posts here and here, not to mention the Facebook Oldhammer Community too!

Right, on with announcing the winner! If you recall, Mick promised a FREE first casting of the initial model to this person if the project came to a successful conclusion. Well, I am pleased to report that the lucky person is....

And his suggestion for the range was...

Now that the project has a suitable name, Mick can get on with the process of commissioning a graphic designer to produce the initial project banners. This will allow us to show our support of the project using our blogs, forum avatars and so on.

As a little reward for all of your support so far, I am please to share with you another one of the concepts Anthony Ackland produced for Mick. Have a good look below.

It seems that this Chaos warrior is a little more down the path of damnation than the previous example. He (or should that be it?) wears the obvious suit of chaos armour and wields a rather nasty looking sword. As far as I can tell looking at him, he has been 'rewarded' with horns and a bestial face as well as a freakish pincer arm. Actually, the longer you study the arm, the more unpleasant its appears, at least to me anyway. As before, this is a concept sketch to inspire the sculptor's creativity. The boots have already been discussed as not having enough detail, so will look radically different if this model sees the light of day.

In a tiny snippet of other news, the general plan is for Tim Prow to produce three models and for Drew Williams to produce the other three. Those of you who are regular members of the Facebook group will know Drew already as will fans of Satyr Studios. Here's a quick look at a model from his personal sculpting project inspired by old Rogue Trader marines. These are NOT for sale and are merely a fun project for Drew to work on after hours. 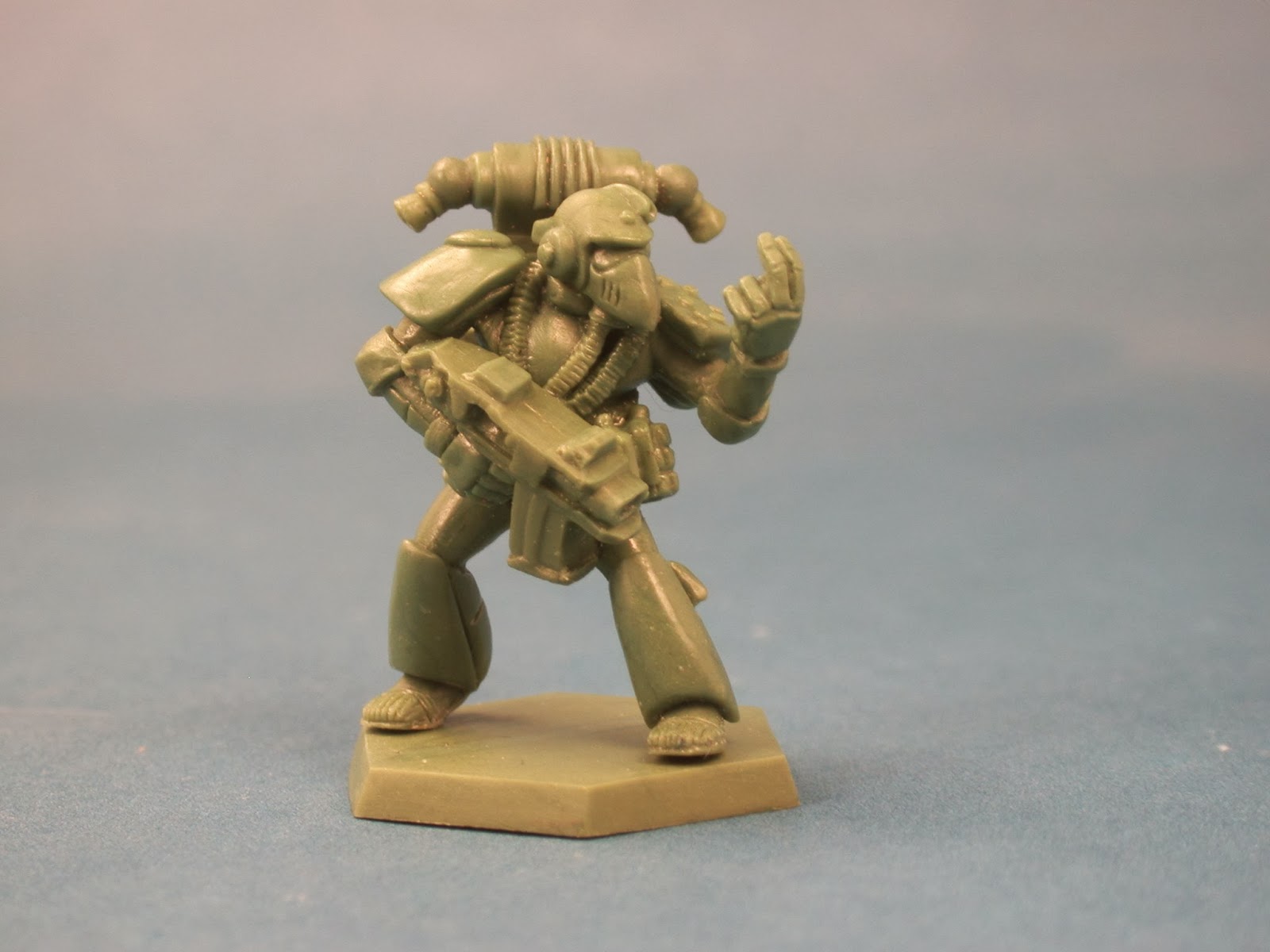