Acceptable in the '80s: Skeleton Army 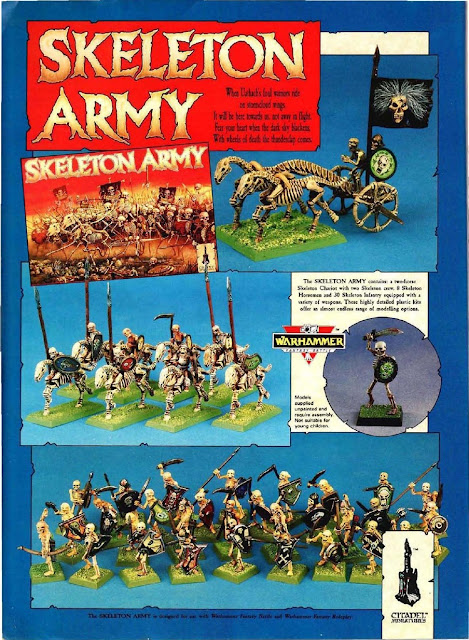 If I was asked to name a product released in the late '80s that really summed up my youthful experience of fantasy wargaming there are several names that would be on my lips. Heroquest would be up there, definitely, as would be the Combat Cards. Both leave me with vivid memories of gaming with the other boys on my road, or discussions on the school bus, even games, with multiple decks of Combat Cards! However, there is one release that stands head and shoulders above all of these, probably because everyone had a copy but me, and I looked on in envy. My jealous feelings were soften slightly by the fact that I had Skeleton Horde, which was a forerunner to Skeleton Army.

In case you didn't know, the Skeleton Horde consisted of just the infantry, armed with swords, scythes and spears. Skeleton Army added bowmen, skeleton cavalry and a skeleton chariot to the mix. It REALLY was an army in a box and it was incredibly good value.

Which is probably why everyone had one.

I had to wait until later on in the mid '90s to get a copy. I bought the box with money I had earned doing odd jobs here and there, and had a wonderful time putting the models together. Sadly, I did not store them well and save for a few mounted skeletons, all of the models are long gone. I'd love to own another copy, but at £50 a pop for a box of these models on eBay, its going to be a while until I find a set at the right price.

White Dwarf 114 contained a lovely little article that allowed you to field the skeleton chariots, though of course any suitable models could also be used. In an age of 40k's rising dominance, the big box games and all the rest, this was a little bit of Fantasy Battle that got my mates and I talking. I even remember using the narrative fluff in a story in Literacy and getting full marks for something that was nearly totally plagerised. Thankfully, Mrs Baker didn't read White Dwaf! 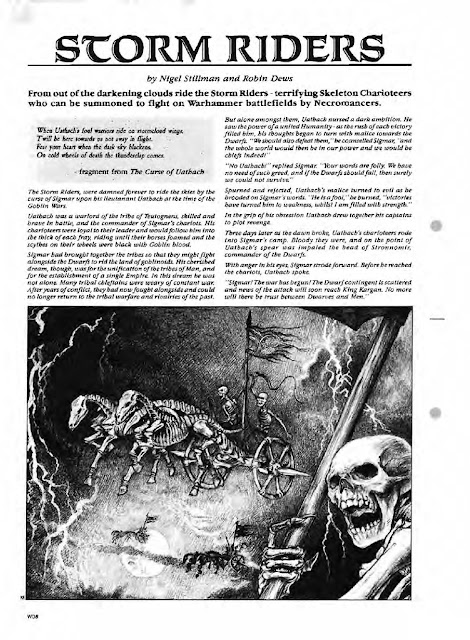 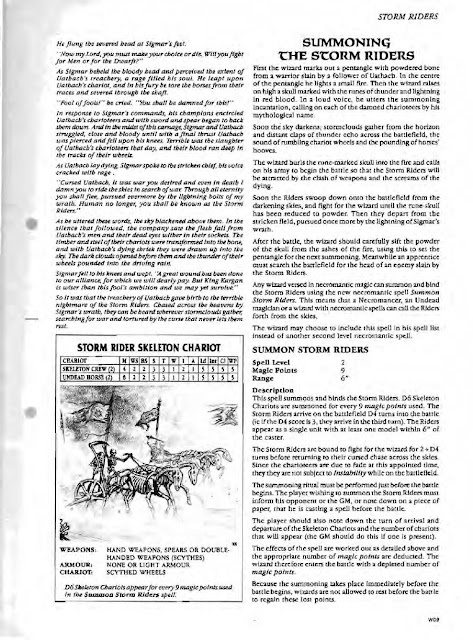 So what are you memories of the Skeleton Army boxset? Did you own a copy of the blue and red box? Did you mangle your skeletons with too much polystyrene cement? If so, please share.