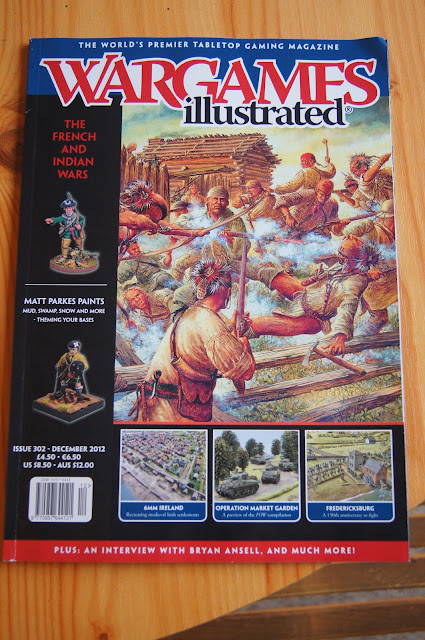 As mentioned by Steve over at the Citadel Collector (which is currently wearing a banner describing it as being 'hacked' by the 'Crows Crew' - a goblin tribe from the Mountains of Mourn perhaps?) Bryan Ansell was interviewed in December's Wargames Illustrated.

The article is certainly very interesting and it was nice to hear (and see) from the great man once more. Apparently he has loads of work in progress stuff lying around in a very Douglas Adams style way. He describes how he is working with his son to revamp Foundry as, despite being the owner, he hasn't had much to do with the company for a number of years.

Anyway, there are a number of interesting facts that arise through the interview, as well as some amusing photographs of the Citadel team circa 1982. The original artwork for Warhammer (you know, Harry the Hammer) no resides in one of Ansell's bathrooms, and Bryan himself admits to having never thrown anything away - his house has piles and piles of miniature related stuff.

Its well worth a read if you don't usually pick up this magazine.

As an aside from reading the article, I clicked myself over to the Foundry website as the article mentioned how Bryan and Marcus (his son) had been busy re-casting many classic ranges, including the old Warhammer Third Edition Norse range. I was very pleased to see many of these Perry favourites already available - have a look below...

And here some of these models (including the Norman knights, which are also being re-released) taking part in a moody '80s diorama by Colin Dixon. 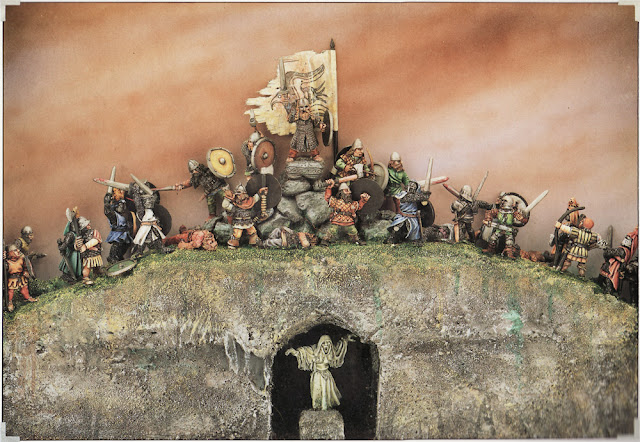 Considering the prices that these models go for on eBay, around four or five pounds a model, this new re-release makes having an Old-School Norse army much more of a possibility, especially considering that the bulk of the models required can now be bought in one go. Follow this link to see the re-released Norse range. While we are on the subject of the Norse in Warhammer Third edition, did you know that they were going to have a full army list in Warhammer Armies? The list was later published in WD107 and is available by following this link - Warhammer Armies Third Edition Norse Armylist.