A Stormtrooper Solution! Marcus Ansell Explains it all... 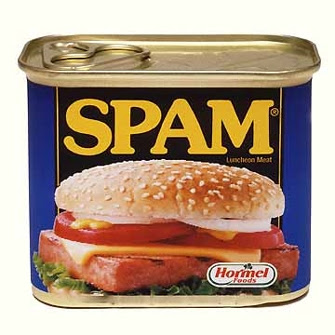 The popular chant and foodstuff of the Monty Python team and a contemporary pest.
As some of you may know, my inbox has been plagued recently, not by spam itself, but by Hotmail assuming that anyone not in my contacts must be a vile piece of malware and should subsequently be condemned to the trash can! So, from time to time I check my trash can and occasionally I find an email from a new follower of Oldhammer that has failed to run the gauntlet of my anti-virus software and go astray. Imagine my surprise when I see the name 'Ansell' appear among the peculiar names who are begging me to send them my banking details so they can transfer millions of dollars into my account from overseas...
Marcus, the son of the great Bryan Ansell, had contacted us at Realm of Chaos 80s with an invitation and a answer to a mystery that we have been discussing in recent months. Here is what Marcus emailed...

Marcus Ansell: Greetings from Wargames Foundry.
We've been enjoying your blog for some months now: and we thought that we would get in touch to say that if you want to use the Foundry as a venue for any events that you might plan for Da Golden Gobbos (or anything else miniatures/gaming orientated); then we'd be very glad to have you here. We are in central Nottingham and we have plenty of space (also tables). We would be able to sort out basic refreshments.
I'm sure that my father would be happy to bring along stuff from the late 70s and the 80s.
How incredible would that be, eh? With esteemed members of the community such as Gaj and Thantsants trying to gather momentum for an 'Oldhammer Day', how wonderful would it be to meet at the Foundry? Third Edition rules, 80s models massing under the multi-coloured gaze of rank on rank of Bryan Ansell's collection, would be a dream come true for many, no, all of us.
Well its now a real possibility...

Now such a gathering needs discussion among other interested parties, both here on the blogosphere as well as on the many forums that include retro review and comment. But my 'two pence' into the discussion would be thus:

A summer/late autumn event at the Foundry in celebration of Slaves to Darkness' 25th Anniversary/Third Edition
Encouragement of interested parties to build characterful warbands linked to RoC
A third edition bring and battle
Old School Painting Competition.
Swap Shop - bring in your unwanted lead and, well, swap it for stuff you do want...

Embryonic I know, but its a starting point! What do other Oldhammerers think? 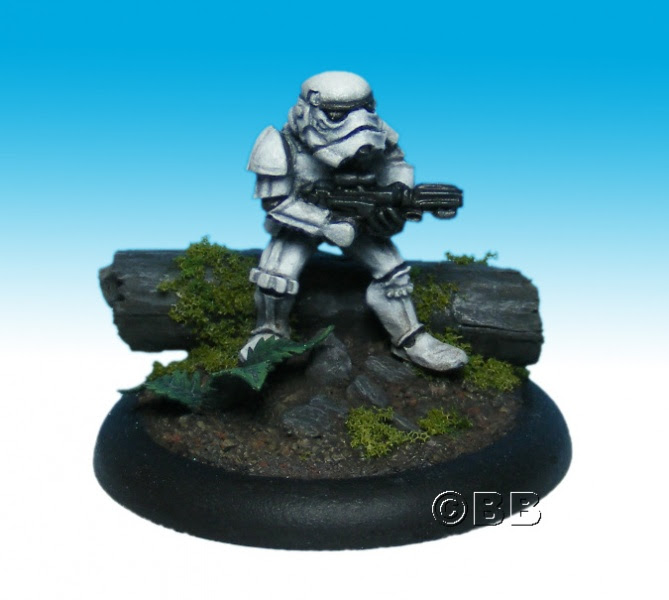 This miniature was also a bit of a mystery to us. Familiar to many, either from the collection of Billy Bunter or from the Collecting Citadel Miniatures archive, little was actually known about this sculpt. Thankfully, Marcus has been able to shed some light on this model, including its sculptor.
Marcus Ansell: Apparently, Citadel/GW were approached to do a licensed range of Star Wars models in the late 80s or possibly early 90s. My father said that as he was only interested in making models with Citadel's customary pleasantly inaccurate physique and proportions, he knew that it was unlikely that they would really want Citadel to have the licence, but he didn't want to seem rude so he asked Jes Goodwin to sculpt a prototype in the Citadel style. Back then, my grandfather was running Foundry, and Foundry was doing a lot of the master moulding for Citadel. Foundry made the mould for the Stormtrooper. We still have it here (the mould, that is), it never left Foundry. Only a handful of the castings from the mould can have gone out: almost all the models out there must have been pirated from that small group of original castings. There only was that one sculpt during my father's time, so the various variant types out there are just fakes.
Many thanks to Marcus for clearing up that little mystery for us.
Orlygg.
Posted by Orlygg at 10:38