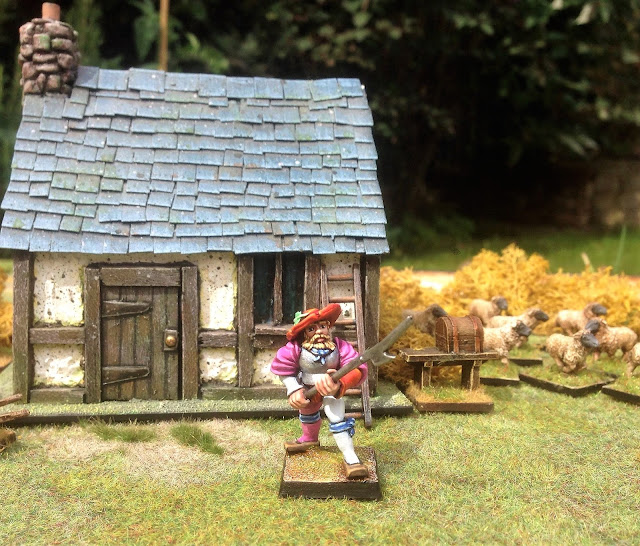 At the time of writing it is a beautiful, summer's day in England. The sky is a cloudless blue and my family duties consist of cooking the Sunday Roast. With the meat, potatoes and vegetables well at hand, I found myself with a morning to work on this unusual figure. Ever eager to move fast, this figure took me less than three hours to complete and was a joy to work on. Like many miniatures of its ilk, this Landsknecht feels a little unfinished and rather Maraudery, judging by the size of the chap's hands. His weapon is not gigantically proportioned though, and it is hard to place. A halberd? Short pike?

I am guessing here that this model was sculpted by Aly Morrison and seems to fit the style of the Marauder Fighters range more closely than true Citadel. Why is never saw release is anyone's guess and I am thankful to Steve Casey for this model, as he generously bequeathed it to me at the Oldhammer Weekend last month.

Thanks a lot old chum!

Not being the type to horde these rarer models, nor sell them on for gratuitous profit, I much prefer to get them painted and on the table as soon as I can. Somewhere in my lead pile is a bulging bag of other unreleased gems that I really must crack on and complete, perhaps for October's 'Night of the Living Lead' game? 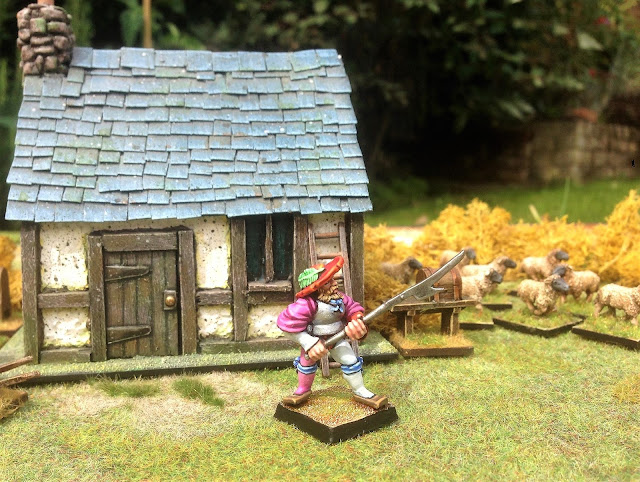 The casting is of good quality and needed little cleaning up before painting. As is now usual, I undercoated the model in white and then blocked in the colours. A sepia wash was then run over the model, head to foot, to help generate a little depth. Landskneckts can be intimidating for any painter and one of the key elements to success is getting the colour scheme just right.

As I do when inspiration is needed, I searched through the work of the late Angus McBride, probably the finest military painter who ever lived. If you haven't heard of him, you will no doubt recognise his work, especially if you grew up with any Osprey titles cluttering up your bedroom.

It didn't take long to find a similar character among McBride's copious body of work. 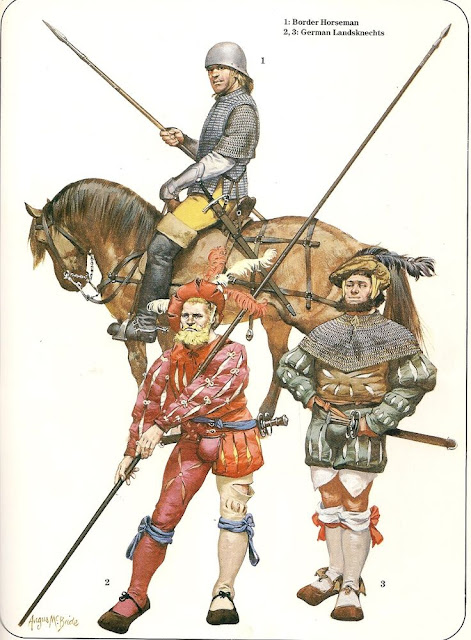 Obviously, there are some design differences between the two but I took the pink, red, white with blue ribbons colour scheme and transferred it to the figure. It was a fairly strightforward paint job with each colour being blocked out and highlighted until I was satisfied with the tone. It practically painted itself.

A lovely, relaxed painting session is what Sunday is all about, isn't it? 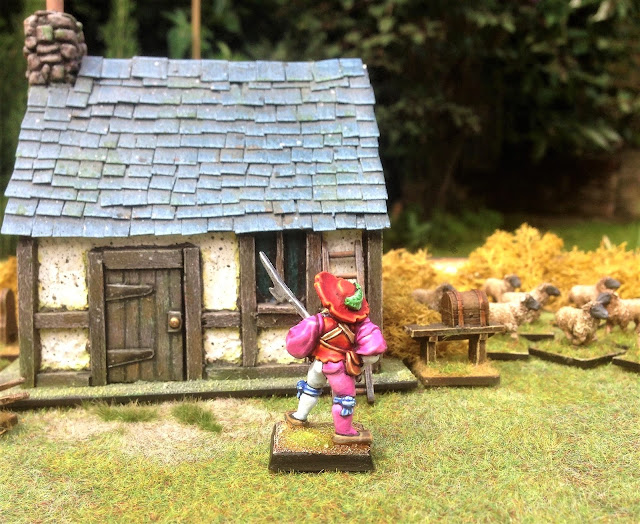 I experimented with orangey brown and a buff colour on the reverse of the model and I am very pleased with the results here, as in the past I felt that the leather trappings on my figures were a little lack-lustre and washed out. I found that using the lightest shade in Foundry's Boneyard triad helped give the leather a more worn out look. Definitely something I will try again.

Right, the Yorkshires and crackling awaits.