Non-leadhead (wife) is in bed snoozing away the afternoon with the baby daughter. Future-leadhead (son) asleep in front of Cbeebies. Leadhead busy at modelling table, and here are the fruits of his labours (though actual lead content if very low!)

They don't half give you a fair number of weapon options - seven guns and a rooftop mount. I was tempted to just kit up the vehicle with everything (there are certainly enough holes to fix the weapons on) but in the end decided to go with a single weapon, roof mounted of course!

I intend to paint the model in two pieces. The chasis first, complete with driver and dashboard details, and then the bodywork. There is also a piece of transparent plastic that will act as a windscreen but it shows up rather oddly in photos. 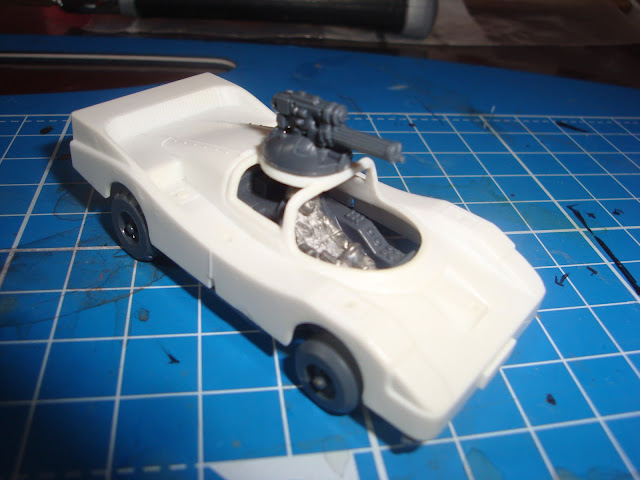 The completed model looks like this. I really am rather excited about this project as it is totally different than anything I have done before. The space for conversion work is massive as is the scope of narrative within a campaign.

Right, where did that spray paint go?