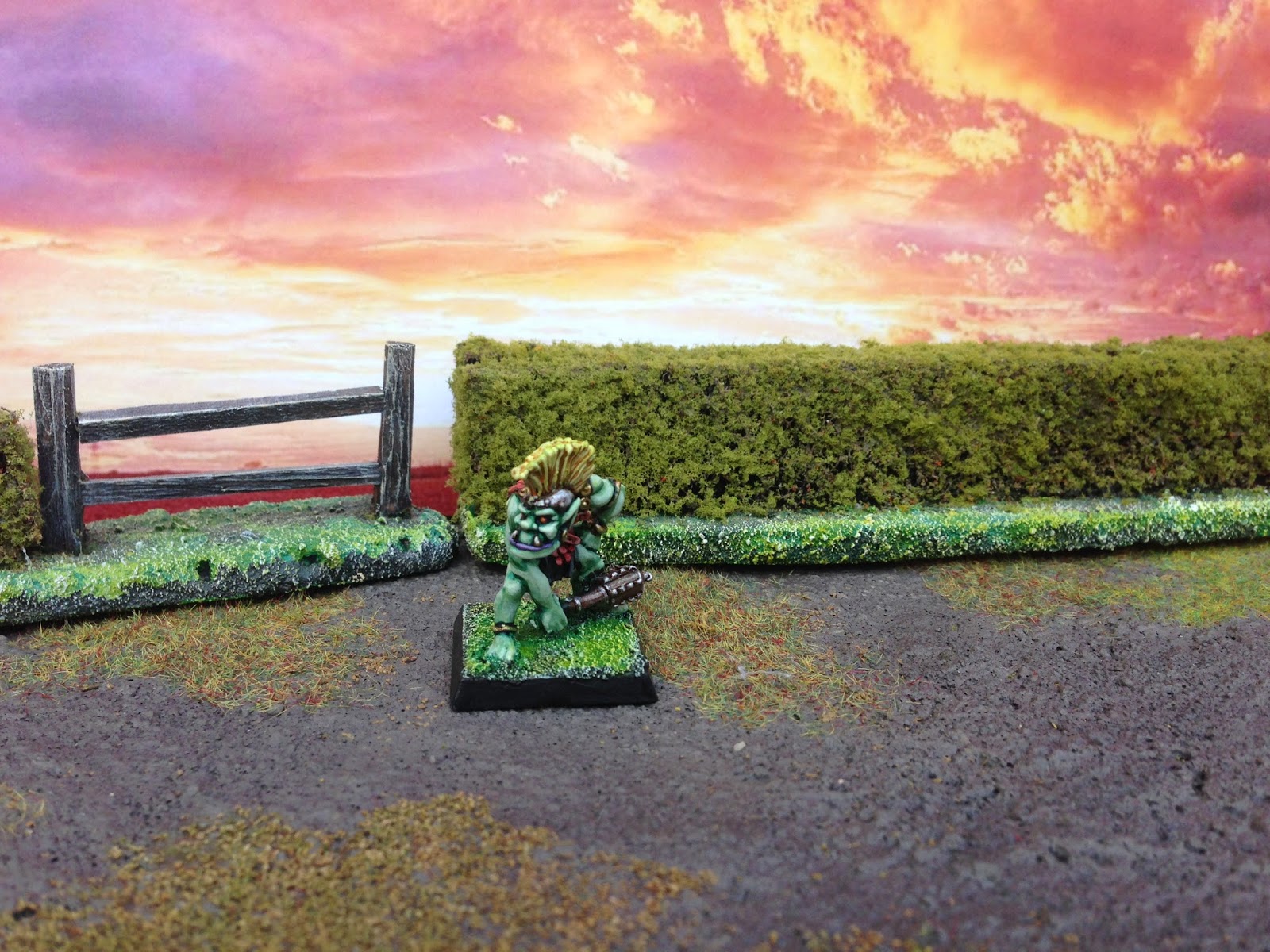 Despite not thinking I'd find time, I managed to spend a good few hours today painting. The result of this is three completed figures and a couple more in varying stages of completion. My Warhammer Bestiary project had not seen much attention of late and I felt it time to rectify that fact. Luckily, the next miniature on the list was one of my favourite races - an orc!

Which figure to pick, though? I nearly rounded on Harboth but in the end I selected this chap. The model was obviously designed to represent a mighty orc champion, complete with arm and leg rings and an enormous helmet crest. He is also named in Blood Bath at Orc's Drift as Grashak Kra. Which is what I shall call him evermore. 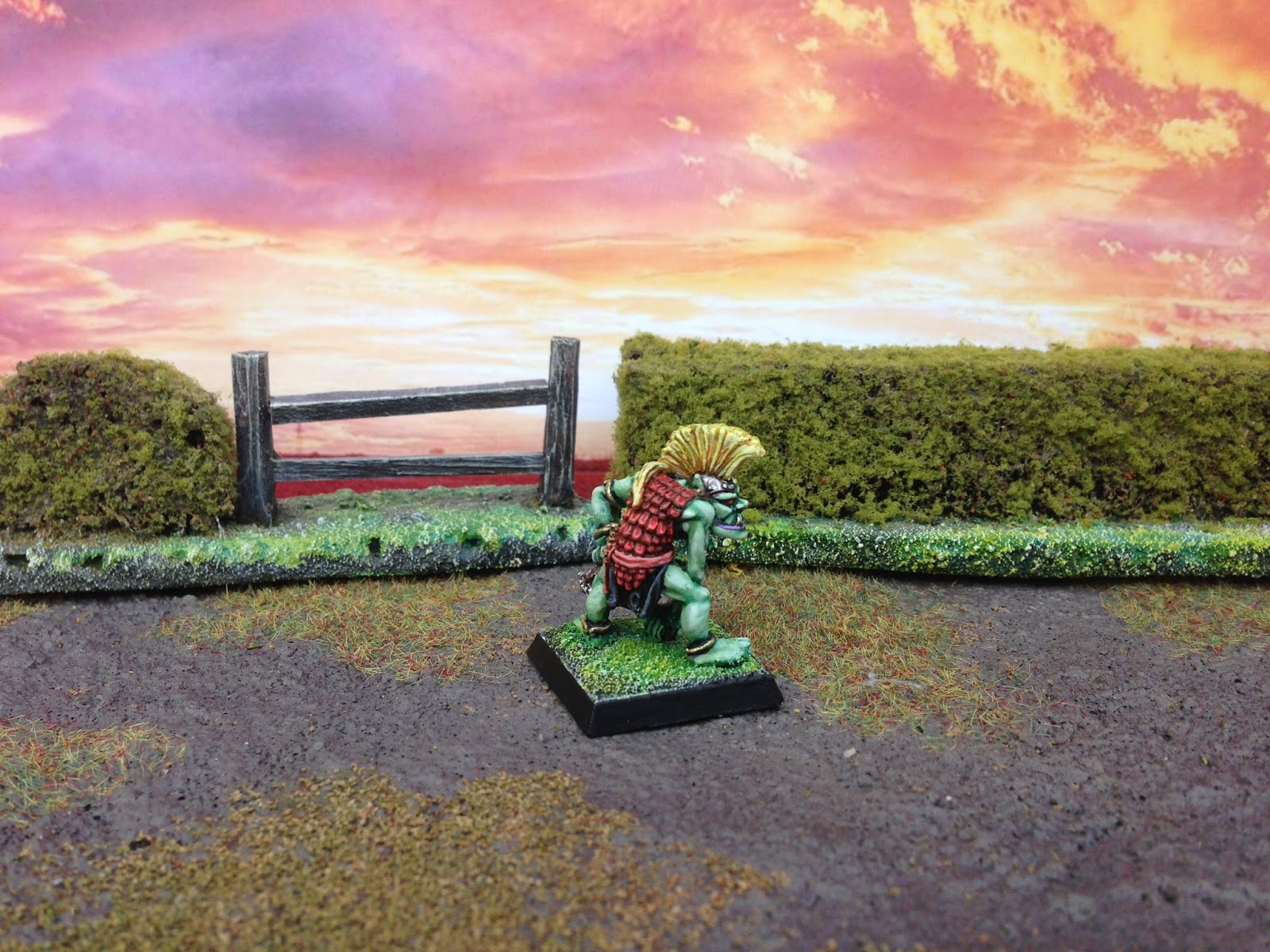 The paint job was a simple one. The flesh was worked up from Snot Green using Goblin Green with increasing amounts of Foundry's Boneyard Light. The metallics were simply the base colour mixed with a little black washed over with a chestnut/brown ink mix and highlighted up with silver. The armour was painted in much the same way, only with a red base and a flesh/orange/red mix to highlight the edges. I added an orange leather belt by mixing brown and orange and highlighting it up with a flesh tone. While the crest was as simple as basecoating in a brown/yellow mix and dry brushing up with layers of added yellow and white. I completed the hair do with a  couple of layers of bright yellow to get things looking uniform.