Where Are They Now? Elder Artworks by Tony Hough and Fangorn


Some months ago I put the word out that I was interested in tracking down the whereabouts of key pieces of '80s GW artwork. I came up trumps with the collection of Tim Pollard, who lived with John Blanche and Wayne England during our period of interest and collected many works during that time.

I am happy to state, that I was contacted by Jon Boyce a couple of weeks ago with details about his collection of artworks and he was keen to share them with us here at Realm of Chaos 80s. So without any further ado, I'll hand over to him as he takes you through his small collection of pieces. Of course, if you own any classic old school artworks and wish to share them with the wider collecting world please contact me here, at realmofchaos80s@yahoo.co.uk.


I remember this image very fondly from WD127 (the Craftworld Eldar army list issue). All the background, illustrations and models sparked my continuing love for Eldar. Back in late 2007 there was the unsavoury incident where a Tony Hough illustration was temporarily stolen from an exhibition in Warhammer World. I had seen the exhibition and it prompted me to see whether Tony had an online presence, and specifically whether he had the WD127 image available for sale. A simple exchange of emails later, and in the New Year of 2008 I was the proud owner of in my view an iconic piece of GW artwork. Tony also kindly sent me a letter giving the background to the image; one of a set of 30 he did originally intended to form part of a Space Fleet rulebook (which never got off the ground). 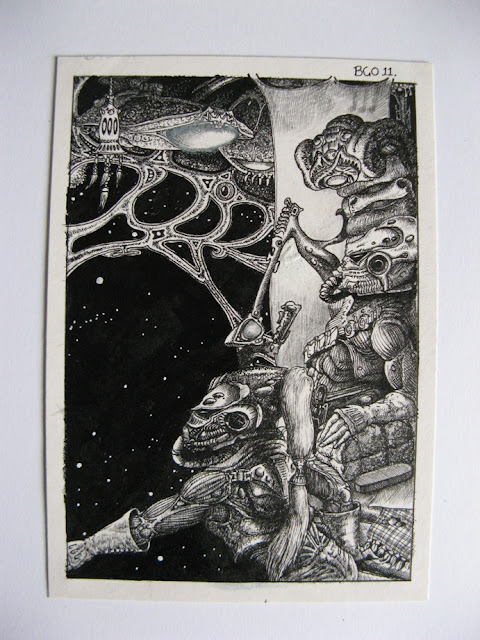 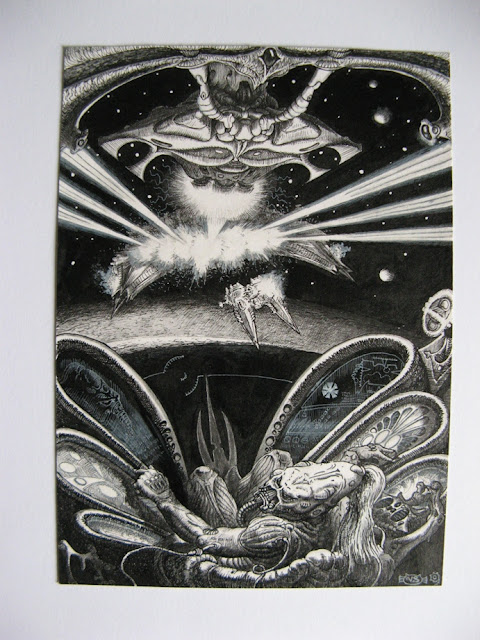 Eldar Bridge & Eldar Weapons Fire by Tony Hough
I acquired both of these much more recently, as a direct result of the great interview with Tony Hough on your blog. I took to perusing Tony's gallery after reading the article, and happened to see a couple of additional Eldar images I hadn't seen before. I got back in touch with Tony and he confirmed they were from the same sequence of Space Fleet images as my first piece - he was happy to let me have them both to make a stunning triptych! 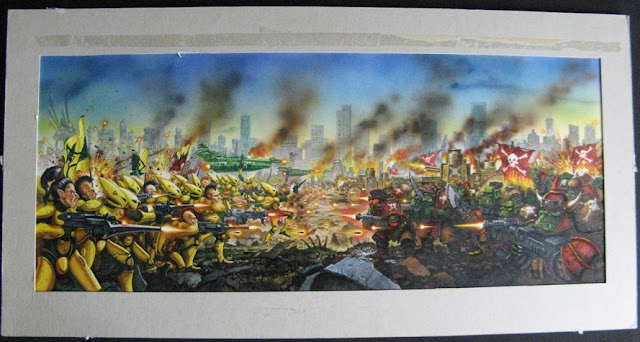 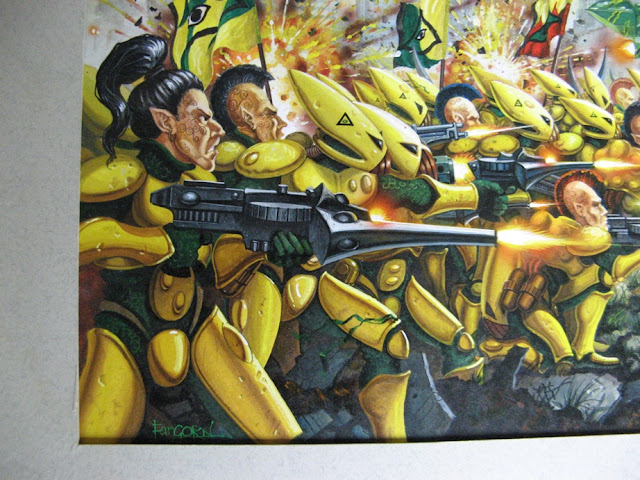 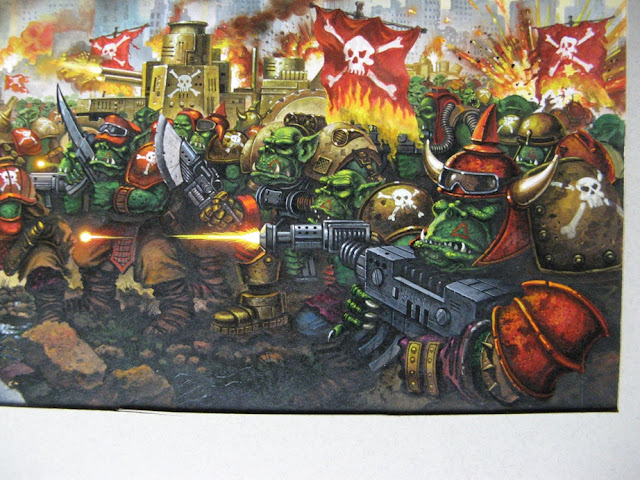 Eldar Legion / Ork Horde by Chris Baker aka Fangorn
I happened on this piece on ebay - simply labelled "Eldar Artwork". When I saw the auction, there were very few details in the listing, only a couple of days left and no bids. The starting bid was £120, but I recognised the image from the Epic Eldar Legion and Ork Hordes box sets. Either through lack of interest or simply going under the radar, mine was the only bid. I was delighted when I received the painting (which looks suspiciously like it has been painted using Citadel paints) - it's pretty big (67x28cm) and has a wealth of little details which you can't make out in the cropped and resized box artwork. I spoke with the seller and asked for a few details - it turns out he was Chris Baker's son and was selling the artwork to help fund a gap year. One my mates who has a fine art degree says this painting goes against all the rules of composition - the focal point (in the middle of the painting), actually has no detail or points of interest. This makes me wonder whether the painting was originally conceived as two separate pieces for use as the box art.

Of course, Tony Hough is a friend of Realm of Chaos 80s, having been interviewed here alongside a gallery of his pieces and he occasionally contributes his valuable knowledge to discussions in the comments section. He also has a website and contacted me recently to explain that he hopes to attend Oldhammer Day at the Foundry in August, and Tony intends to bring his remaining artworks along for viewing and (hopefully) sale.

Fancy owning one yourself? Just contact Tony and make an offer!

Don't forget to tell us all about though!

Email ThisBlogThis!Share to TwitterShare to FacebookShare to Pinterest
Labels: 80s Artworks, Tony Hough, Where are they now?