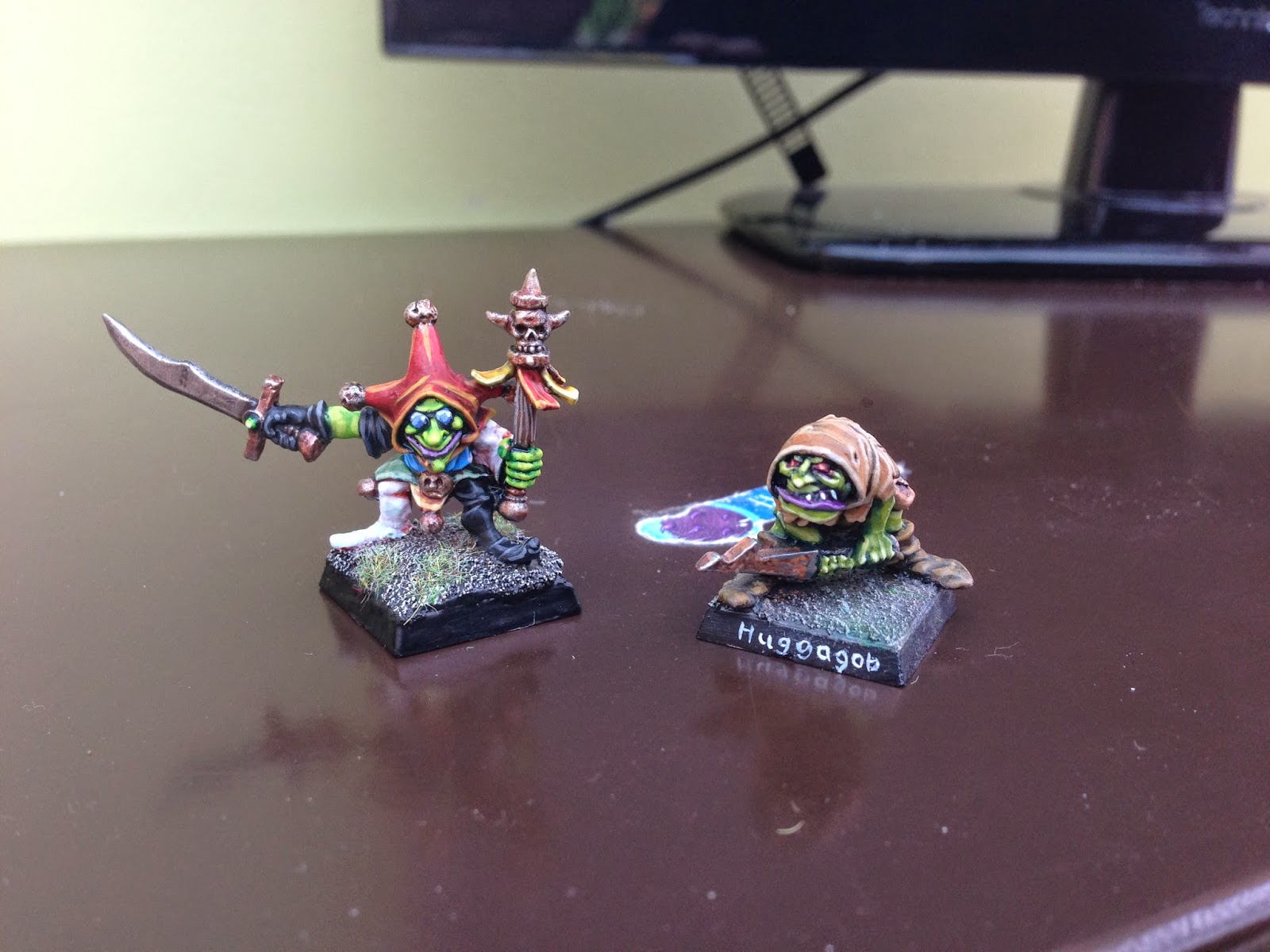 One of the highlights of the Oldhammer Weekend this year was the Oldhammer goblin, or BOYLdrik as he is now kind of officially known, made for us by the one and only Kev Adams. I haven't seen too many of these painted yet but I thought I would spend a bit of time this afternoon painting him up. He isn't slottabased by the way and has a solid base, similar to other Foundry castings and has the word 'Oldhammer' on the side of the base like miniatures of yesteryear.

I decided to cover this with greenstuff and then base with sand. I also tried out a new basing technique that I am trying for my undead army, something to suggest that the soil is poor and many of the plants have died. For the actual painting I had no real rhyme or reason and just went wild on him. I added yellow ink to the basecolour for his skin and ended up with nice retro vibrant green flesh. Some people have asked about the model's scale and that on Foundry goblins in other ranges, so I have shown BOYLdrik alongside a classic 1980s gobbo for company. Not much in it really, when you discount the enormous hat! 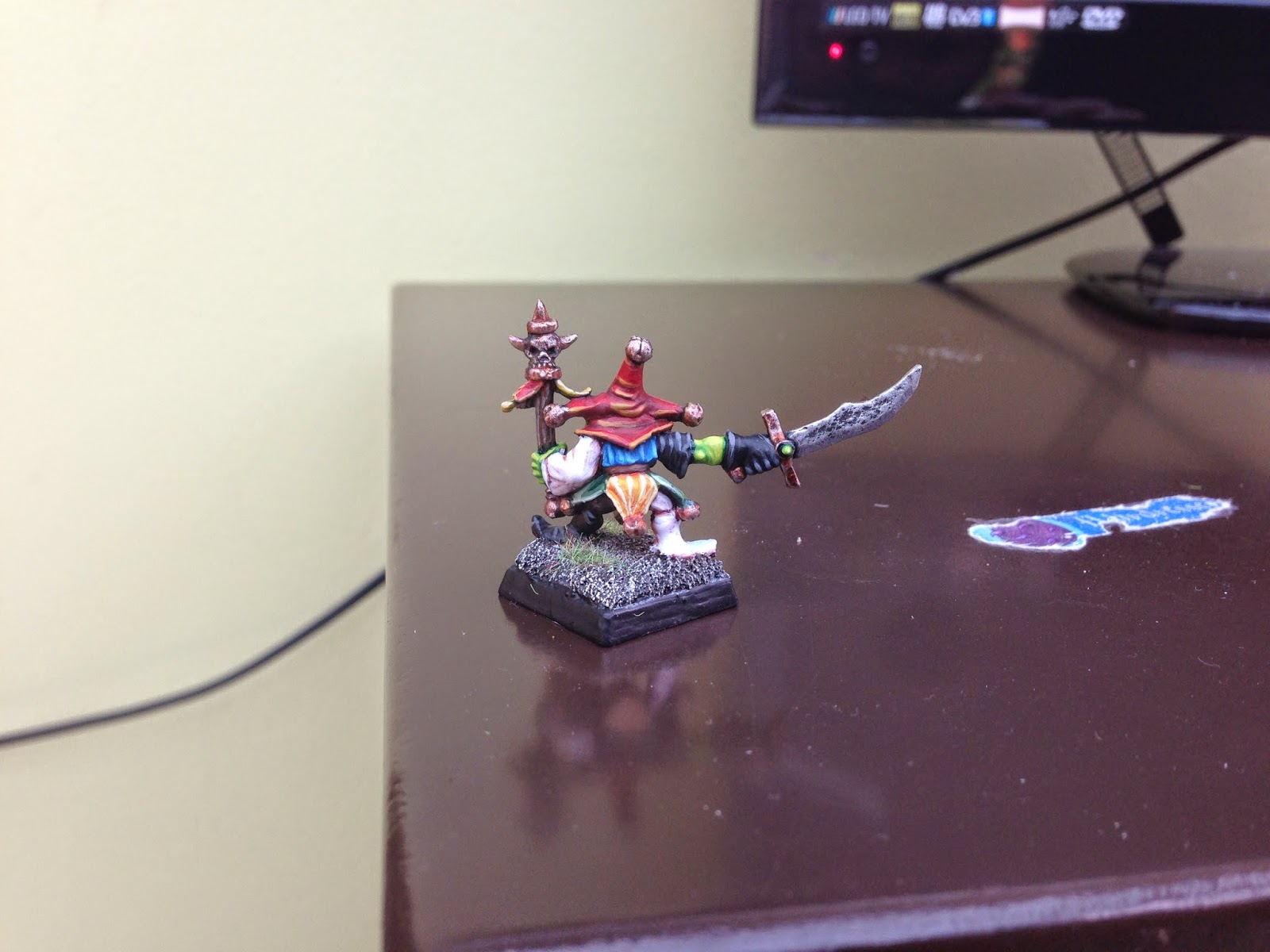 All in all, a great fun model to paint in a single sitting, which is what you would expect from the Goblinmaster!

If you were at BOYL this year I have a question for you.

How did you paint yours?