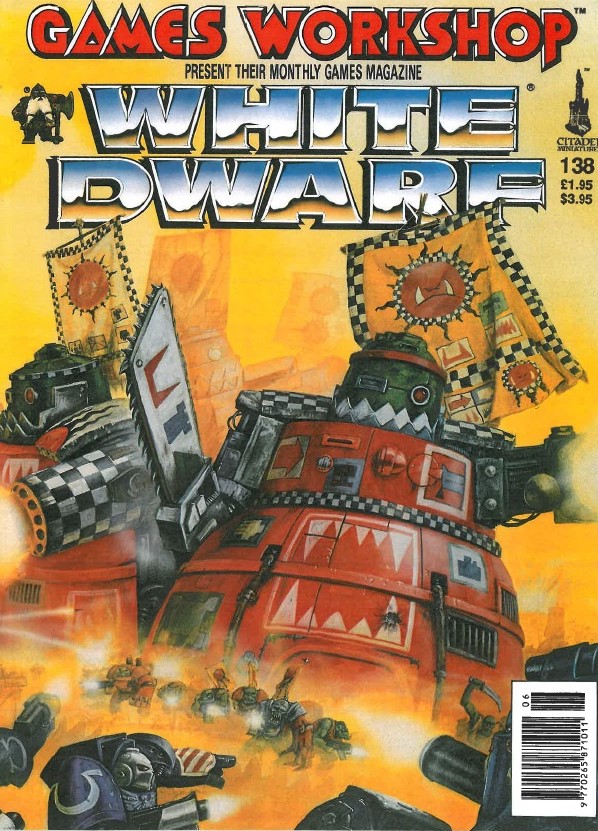 It has been a fair few months since we last dipped into Acceptable in the '80s, my history of Warhammer Third Edition through its releases, supplements and associated publications. We are drawing close to the end now. With only seven issues remaining until the first Fourth Edition rules are published! Still, Warhammer sees a bit of a late surge of activity, after a long period of not really being discussed in the magazine. You will have to remember that this period was the mighty age of the Big Box Game, and Space Marine, Dark Future, Heroquest etc were all on the shelves and were often expanded on in the magazine.

White Dwarf had by now lost it's community feel. 'Eavy Metal articles tail off for a while, largely due to the fact that Bryan took all of the models with him when he sold the company. New models, and indeed games, would follow along shortly, as the company was in dire need of cash. Still, there are one or two gems still to discuss and today's visit is no exception.

For it is the turn of the Marauder Miniatures Dark Elf Army. 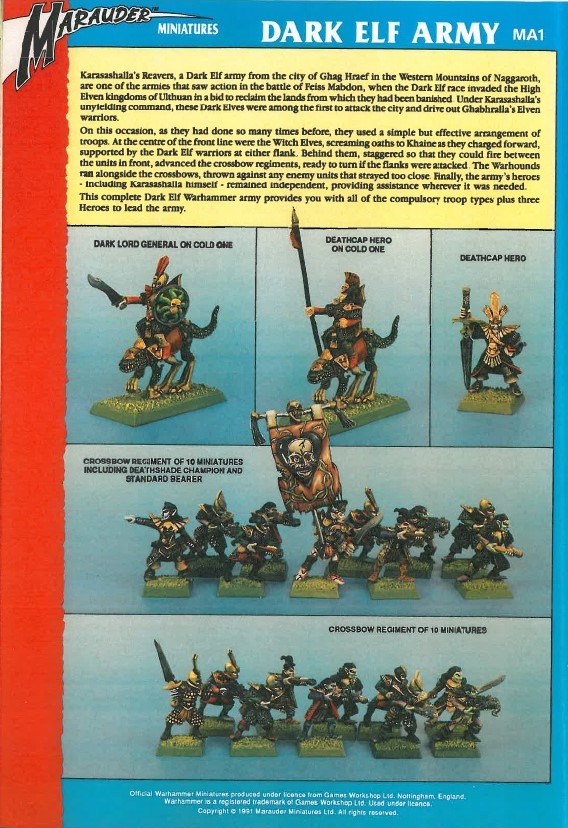 
I must admit to really admiring this army. Looking down at the yellow circle to read the price of this collection on release is enough to make a leadhead weep these days, with eighty four metal models for eighty pounds! The sculpts are nicely varied too, which is something I value deeply about Oldschool Warhammer forces but that is just a quirk peculiar to me I guess, give me fiddly to rank up models any day of the week over generic poses.

There are some fantastic models here, most notably the command figures. Both the mounted leaders are well designed, even if they are sitting on the same cold one sculpt, but it is the Deathcap Hero that has to be one of the finest Marauder Miniatures of all time. It is a tried and tested pose I know, but the combination of the armour, helm and gigantic sword really do tick all the fantasy boxes for me. I know that this range isn't as graceful as the earlier Bob Naismith one, produced for Citadel, but the chunky militant look really chimes a bell, don't you think?

The two crossbow 'regiments', if a unit of ten could be considered such, are probably the weakest design wise in the army. Still, they are solid enough models, even if some of the paint jobs here are a little to be desired. As we know from Tim Prow, Andy Craig and Darren Matthews - these models were often painted at speed during lunchbreaks as a favour to the Morrisons. 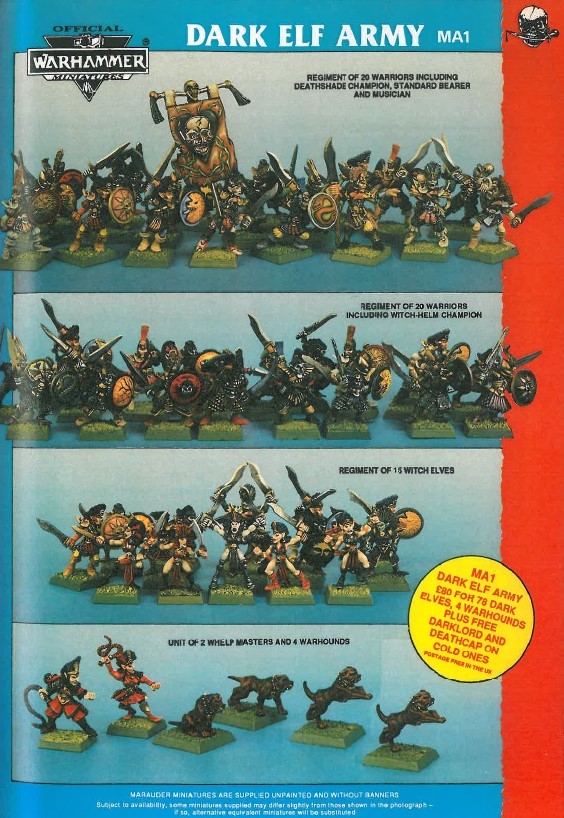 The rest of the infantry models are suitably twisted and look nice and varied which grouped together. Worth mentioning here is the standard bearer model (which appears twice in the advert), as I am pretty certain that I have seen that standard at the Wargames Foundry in Bryan's collection, though it seems to have become detached from the original figure.

The Whelp Masters are great figures. And the warhounds are unusual in that they are rather historical in nature. These models would serve just about any force that can deploy warhounds, as with a change of colour you can have chaos, undead - whatever. They are certainly worth looking out for, if dangerous canines are your thing. 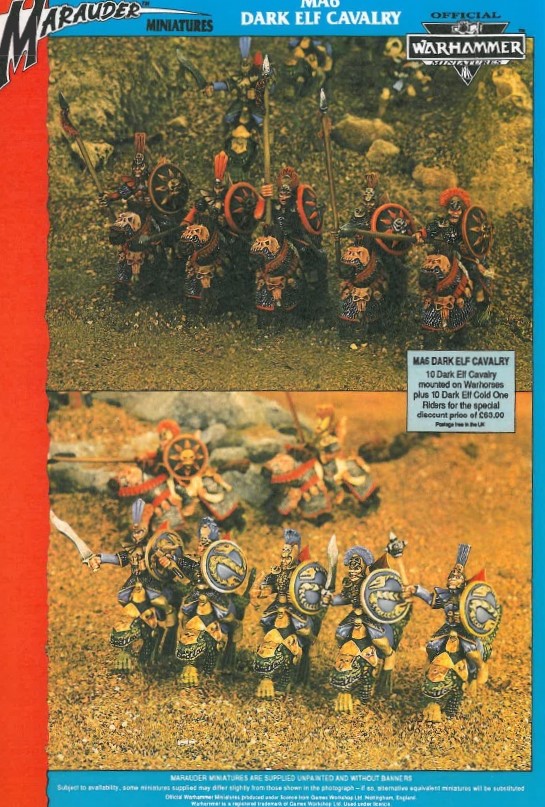 To round things off, we have the Dark Elf cavalry that we discussed way back when. They appeared originally in White Dwarf 125 if you are interested in such things. Sixty-five pounds would have seen you fielding twenty mounted Dark Elves. Not bad at all.

All in all, a solid release from Marauder. Who at this time were the only regular source of new releases for Warhammer Fantasy Battle. It makes me wonder if these deals were actually 'worth it' back in the early '80s. I mean, £80 is a fair bit of money today, twenty-five years later, and if you whack the amount into an online 'value' converter it states that the sum is equivalent to just over £160.

That seems reasonable to me, if you think you'd be getting eighty odd models for your money. What do you think?