Night of the Living Lead III: Wayne England and his incredible sketchbook 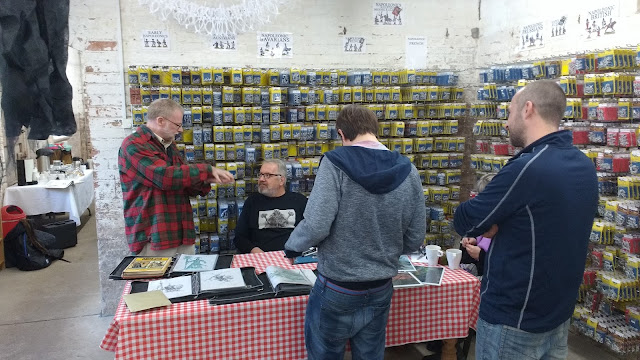 Good evening Oldhammerers and apologies once again for the sudden cut in transmission. Life has proved challenging in several ways in the last weeks, work on this blog ground to a halt and my painting station is now a sorry morass of unfulfilled potential. Still, there is always the work of Wayne England to bring a welcome bit of festive fantasy cheer and makes a suitable topic for a return to work for Realm of Chaos 80s. We have spoken about Wayne before and delved deep into his highly influential dwarf army from the late '80s.

Those of you who attended the Oldhammer Weekend 2015 were probably saddened by the news that Wayne had fallen ill and could not make the event after all, I know I was, so it was with great pleasure that I finally got to meet the iconic artist face to face. Especially considering that his famous cover to White Dwarf 110 (the third issue of the magazine I ever bought) is my favourite piece of GW art, ever.

Nothing said more to me about Warhammer 40,000 than that image. The marines were crazed, almost cybernetic killers that seemed, to me anyway, be lacking in any obvious martial code beyond the iconography adorning their armour.  And here it is, many years later, looking just as vibrant, exciting and most importantly (to me at least) unique. And to think it was done with crayons! 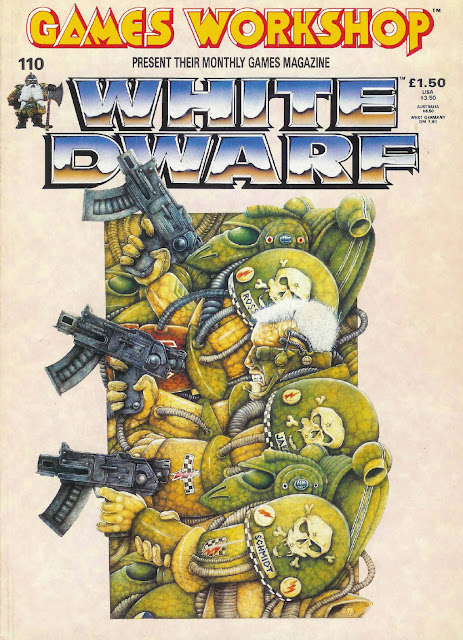 I cannot easily begin to imagine the hours I put into just looking at that astonishing front cover, or the following pages from the accompanying Illuminations article. I have very fond memories of 2nd Edition Bloodbowl and the art that went along with it, not to mention the miniatures - but Frank N Stein, the Star Player, was the epitome of the 'feel' of the game for me. I can recall doodling a sad travesty of Wayne's magnificent artwork in the back of my Middle School dictionary, and thank the Ruinous Powers that it no longer exists too! 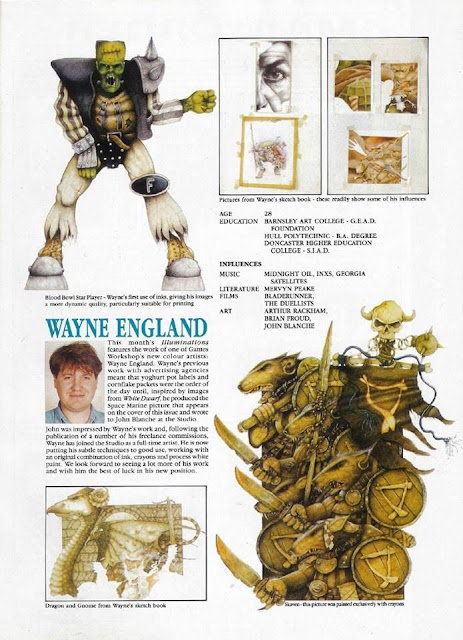 This battle scene also appears among the pieces of Wayne's work in the illuminations piece. I have always really enjoyed work like this - one of those cases of discovering something new every time you look. And it came as quite the surprise that there was another picture in a similar vein that, as far I can tell, was never released found in the collection of Tim Pollard - who, incidentally owns the magnificent front cover illustration from WD 110! 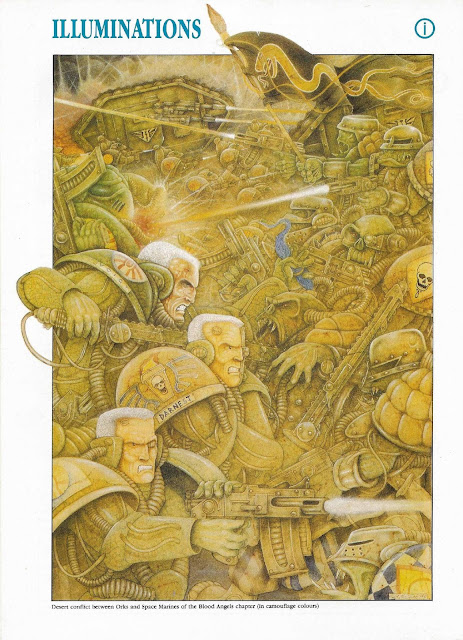 Chatting with Wayne was a dream come true and like many an Oldhammerer you are keen to meet the architects of the fabulous mythos we all so enjoy. He was full of amusing tales about the creative days of the famous '80s Design Studio and perhaps his most riotous story involved Bryan Ansell being responsible for the creation of Robot Wars - the once popular BBC show. Interestingly, Rick Priestley has mentioned the same project in a recent article which is well worth a look. Just clink the source below for the full article.

“Bryan and I even had this idea for doing robots. You know those Robot Wars shows? We were going to manufacture robot kits where all of the electronic circuitry was built into their casings. They’d fight each other and the outer casings would be knocked off and they’d gradually lose their abilities, I thought it was a brilliant idea.” 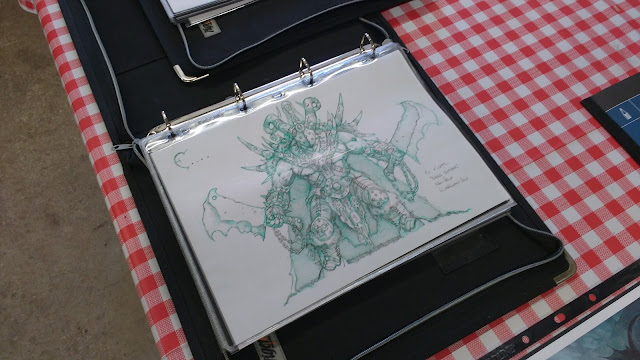 As he promised, Wayne brought along his sketch book and I had a chance to have a goof flick through it and took a number of snaps to share with you today. Of course, these images don't really do the artwork justice but they give to a great idea about how his style has continued to develop. 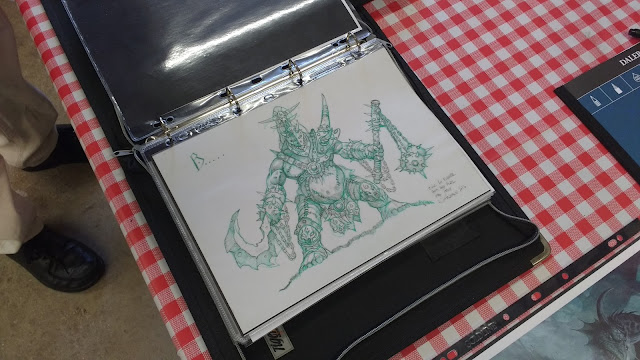 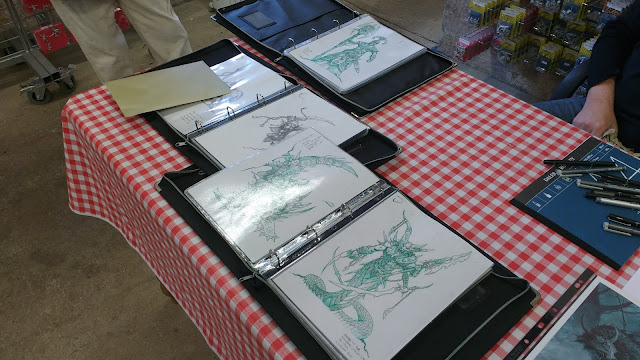 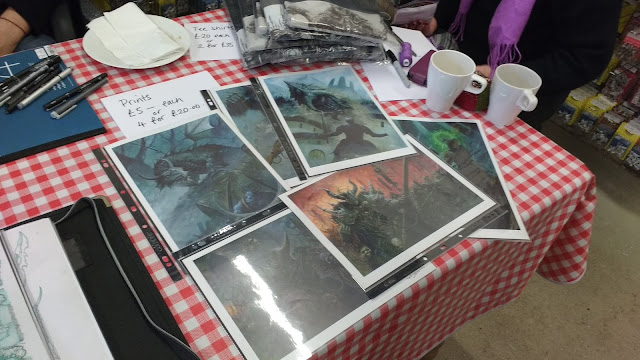 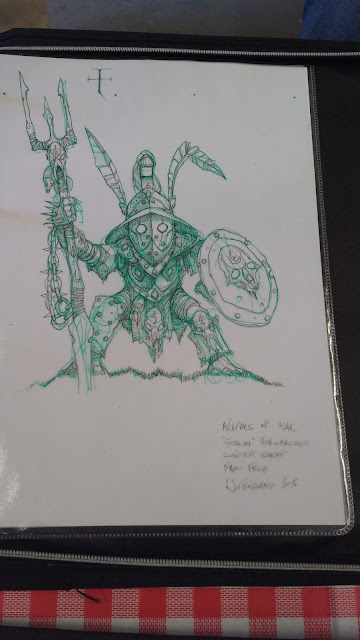 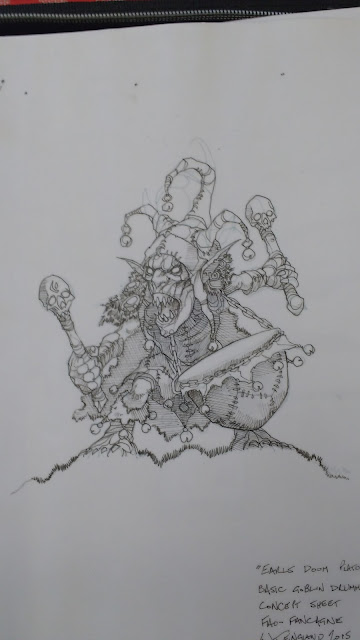 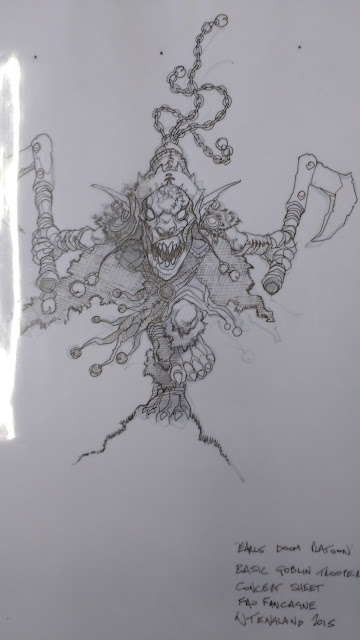 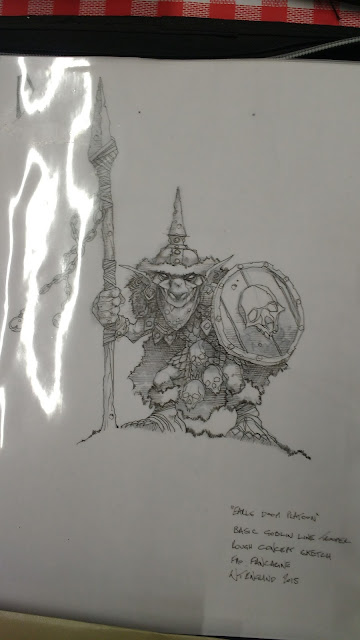 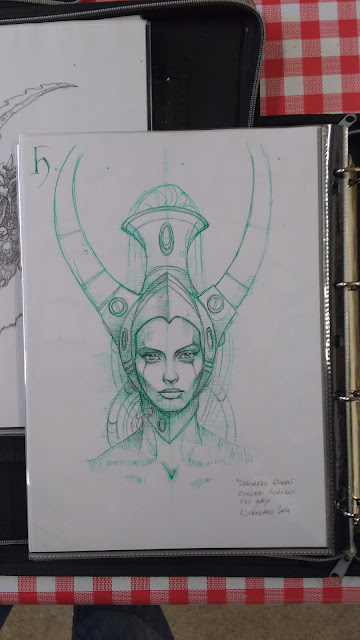 To conclude, a huge thanks to Wayne for coming along to Night of the Living Lead and being so generous of his time. During one of our chats he mentioned the 'new' dwarf army he is working on, and hopefully, one day, I can bring you some pictures of that too!