In search of the Blandford Warriors 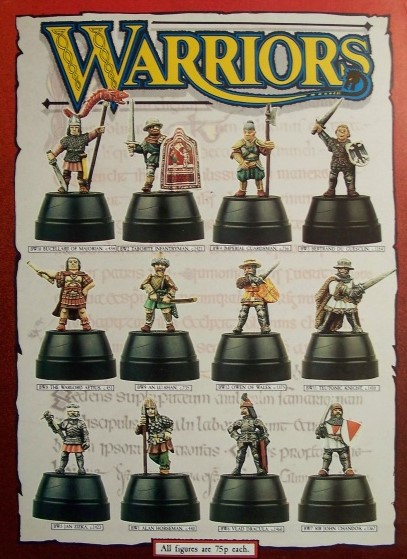 I must admit to having always thought the Blandford Warriors range was a bit, well, crap. With that all important, at least to me, fantasy chic missing and a total lack of mutated chaosy gribblies I always considered them a dull range. Even when Wargames Foundry brought most of the figures back into production, I browsed past the figures with no more than minor interest.

How wrong I was!

Perhaps it's a symptom of tipping my toe into the Bronze Age that I seem ever drawn towards the more unusual historical figures, as I find models with a realistic feel far more gratifying than the horrendously oversculpted CAD obsenities that seem to flood much of the toy soldier market these days.

Now, if you are NOT in the know about the Blandford Warriors let me fill you in. The range was advertised in January 1988 and complimented the book 'Medieval Warlords' by Tim Newark. They were, of course, sculpted by the Perry brothers and sold in individual blisters for a while. 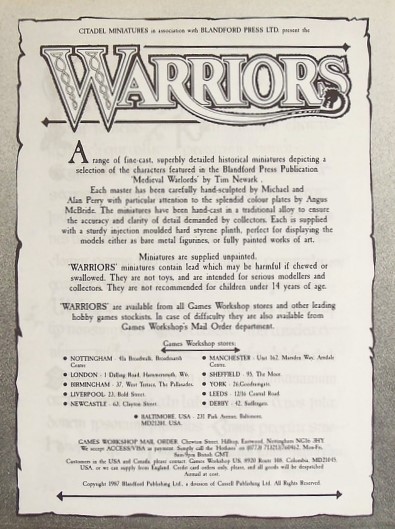 Angus McBride, one of the greatest historical wargaming artists who ever lived, produced many of the illustrations the models were based on. You may well recognise his style even if the name doesn't ring any bells. 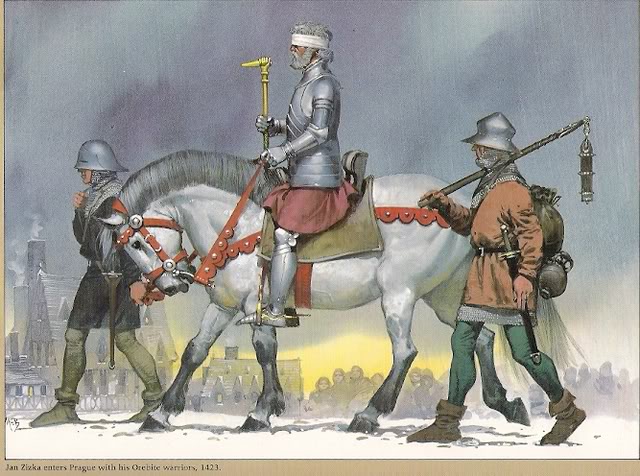 Sourcing the book was fairly easy, there are numerable copies on Amazon and eBay for next to nothing and having had a flick through its musty pages, the book looks pretty interesting. There are shortish essays concerning the figures in the range, each supported by a wealth of illustrative material, so they is plenty for the toy soldier enthusiast and military buff to dive into. 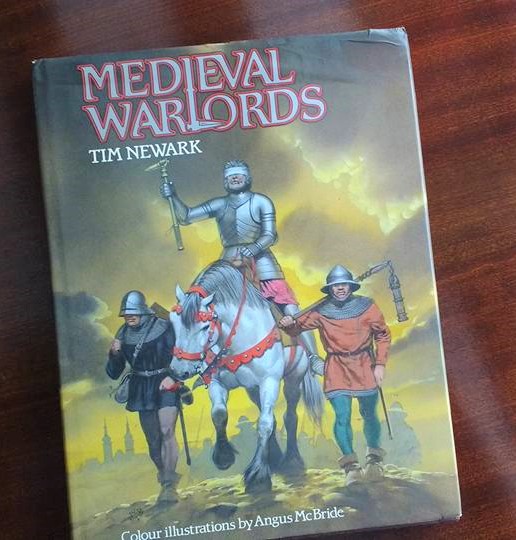 Marcus Ansell donated one of the older Blandford Warriors moulds to my school, keen for the younger children to see how miniatures are produced. And having never seen a mould up close before myself, I was fascinated by the object as well. 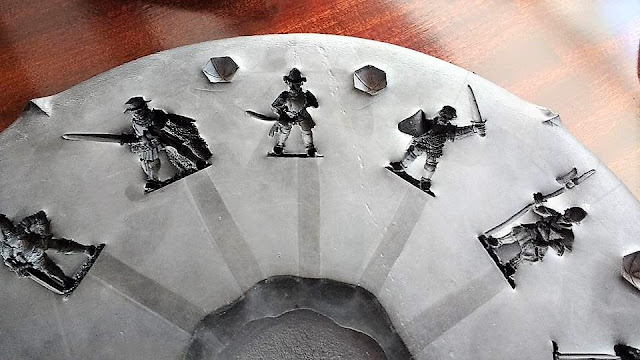 As we were discussing how the mould slotted together, Marcus told me an amusing story about (and this is totally truthful) a number of 'serious' collectors had rung them up at the Foundry to complain/demand that they stop producing rarer figures such as the Blandford Warriors because it was reducing the price of their collections!!

Now I am sitting on a leadpile a mile high, and amongst its layers I do have a number of rarer figures. Even so, I would never dream of doing such a thing. I am all for the more unusal figures being brought back into production because it means that other enthusiasts can enjoy them without having to fork out ridiculous money online acquiring them! In case you were wondering what metal models look like after they have been 'spun' in a mould, let me enlighten you. Here we have the full range of the Blandford historicals fresh from the casting pits, albeit with the 'Foundry' style bases. The reason for the removal of the classic 'slotta-base' is a simple one apparently; the historical gamers (who make up the bulk of the Foundry's customer base) won't buy figures with them on!

Bryan went on to explain that he took with him a vast amount of material when he sold GW as he felt that the majority of the figures he had had a hand in creating would have been destroyed. The company belonged to him so he could do what he liked. Hence the vast collection of classic painted figures at the Foundry premises and the masses of vintage castings (some of which never saw the light of day) in his collection. You may notice that the Tuetonic Knight is absent from the Foundry website. That is because the master casting was missing in action when the range as brought back into production. That model has since been recovered and hence appears on the mould in my school's possession.

Collectors being the strange creatures that they are, have apparently moved on to buying up the now extremely rare 'plinth' bases you can see in the original flyer. Whether they use these to house the original slotta based models or the more modern castings is beyond my ken.

If you are interested in the range, it can be purchased here.

As I enjoy starting projects and never completing them, I have decided to start working my way through these models in the near future, just as soon as I have finished the final Time Warped Wizard from BOYL16!