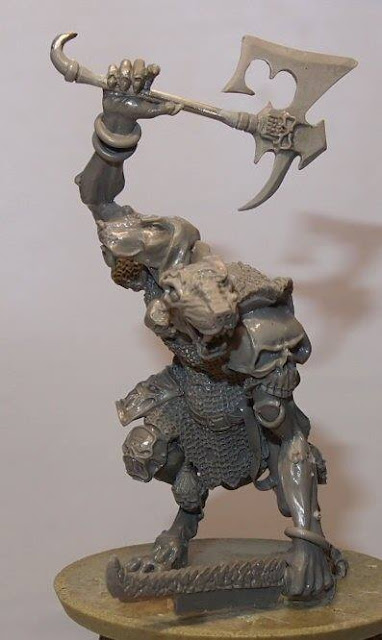 Hello again followers of a Realm of Chaos 80s. I have another update about the forthcoming DIEHARD miniatures Kickstarter, coming this autumn. Today the subject is very much a chaotic one and some of the figures on show may be familiar to long term readers, for the miniature above, the Son of Slomm, was originally part of the the abandoned Antiquis Malleum range. Speaking of that aborted project, you will know that SOME of the sculpts made it into DIEHARD, I heard news this week that the final greens have been sold on to someone else and may very well see the light of day soon.

I will bring you some more news about that as I get it.

Back to business, this post concerns itself with the three initial models in the chaotic faction for DIEHARD. As we all know, chaos is one of the most popular themes in fantasy modelling and one of the hardest to get 'right' as opinions vary so much. 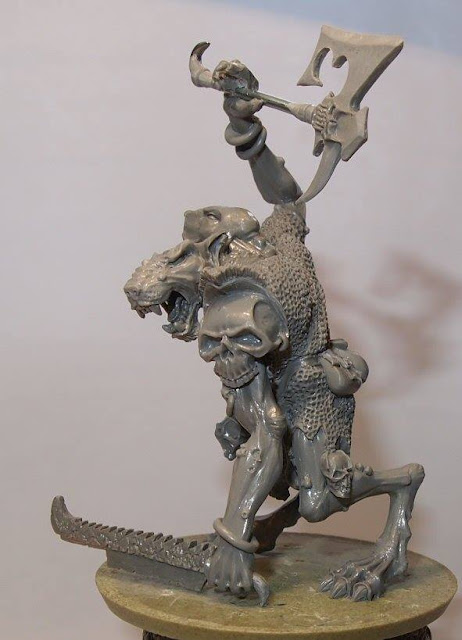 Looking at these greens (or should they be greys?) the sculpting skill on show is as excellent as you'd expect from someone like Tim Prow. The theme of 'old/new' style ebbs through the three models I have to show you here, with many inspirations coming directly from the 1980s imagery from the Realm of Chaos books, as well as more recent trends.

As always, let's have a listen to what Tim has to say about this range of figures and the planned funding goals. 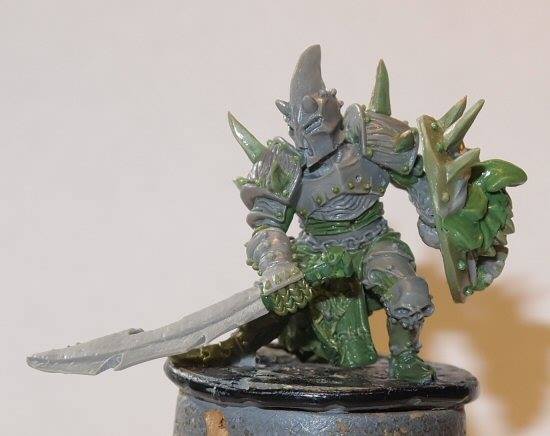 TP: "Chaotic Faction: those without remorse, honour, or morality.

A brief background.
Chaotic fighters are a law unto themselves, they live outside of society. To be of chaos you truly have to have stripped yourself of your humanity, you have seen and done such deeds that there is no coming back, your soul is damned, and you are beyond caring. Life is cheap, to hell with it all!


Chaotic followers come in all shapes and sizes, all races feel the touch of chaos and none but the dead can resist. 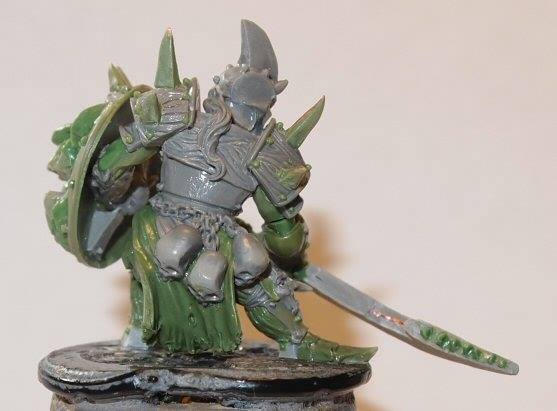 
TP: "This battle veteran has seen enough blood and carnage to unhinge the strongest mind. He will never see his homeland or family again, would he even recognise them even if he did? Lost to war, death is all he sees, blood for the dark gods and an abyssal ending." 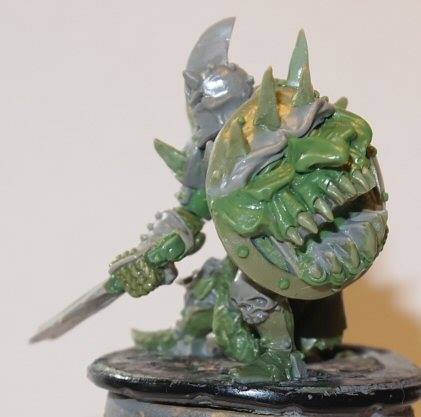 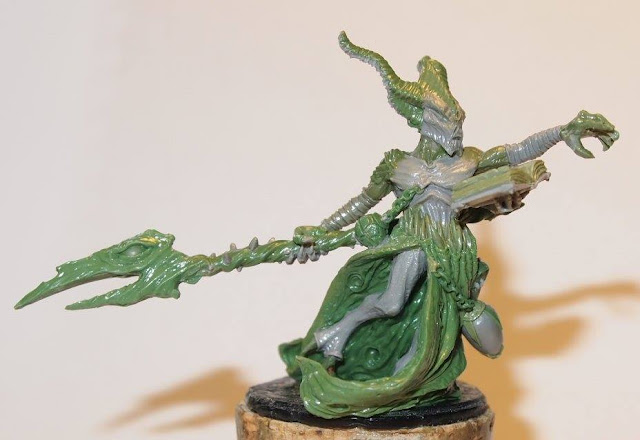 
TP: "Just like in Event Horizon, this guy has gone places he should never have wondered, and he has not returned alone. A symbiosis of original owner and demon are now at home in his skull." 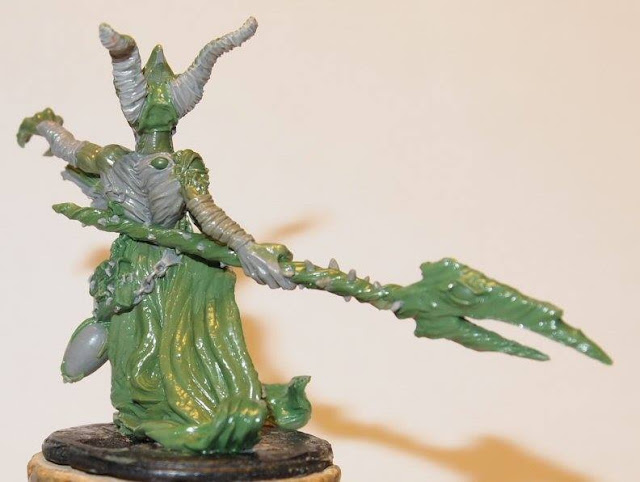 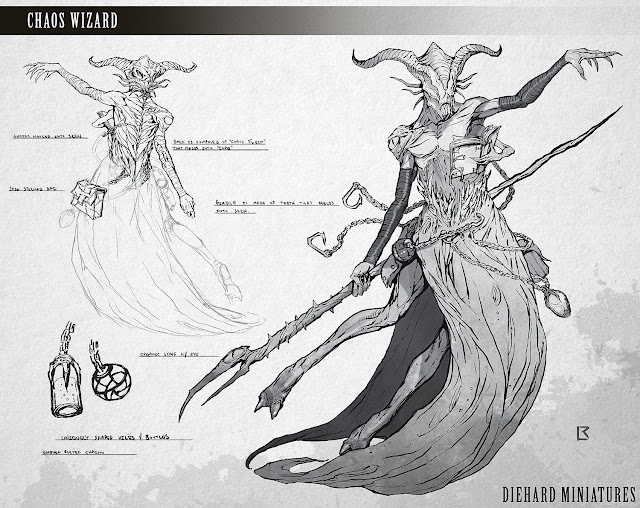 
TP "Slomm looked at his offspring, there was only one left now, the two headed whelp was getting stronger by the day, having eaten most of his siblings (the ones Slomm hadn’t already consumed), chaos he thought has plans for this creature…. They say two heads are better than one, but getting Son of Slomm to agree on this fact may be hard to achieve as they frequently disagree, but get them in a fight and they become a dangerous killing machine!
Funding goal level figures. 1 Darias Black Blood - Chaotic Warrior 30mm tall. 2 Zabann Darkfire - Chaotic Wizard 30mm tall. 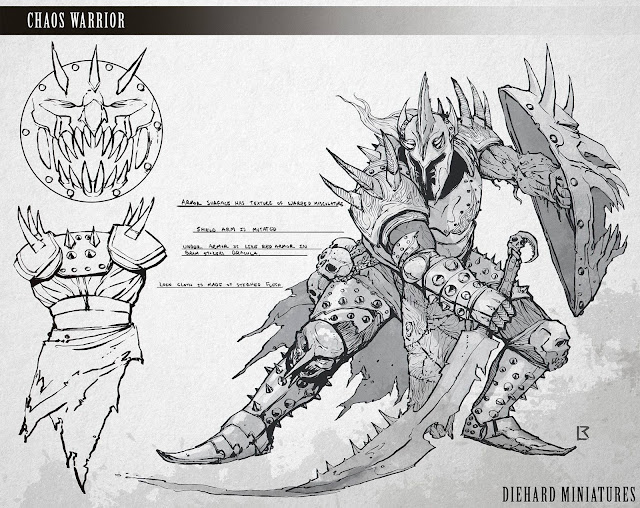 Mr Prow went on to explain in a little more detail about how the Kickstarter should run:


Monster Level
Spend £xx and buy any factions monster (this is the ogre sized monster an example would be the Troglodyte for the Eru-Kin faction).


Add ons.
Buy in on the ‘Starter’ and ‘Monster’ level (mix and match factions is allowed, so you could buy in on the Dwarf starter and an Undead monster level), or the ‘Collector’ level and this opens the option to ‘Add Ons’. A full list of Add On creatures will be shown next month.


Through the stretch goals there will also be freebies, these will be faction sensitive, so someone having bought the ‘Collector Level’ for dwarves for instance, will only receive dwarf stretch goal freebies. People buying the ‘Advanced Level’ will receive all the stretch faction freebies."

As always, here is the link to the DIEHARD Facebook group if you are interested in seeing more or speaking with Tim directly about this exciting project.