Welcome back to the ongoing series of articles entitled 'Acceptable in the '80s'; the history of Warhammer Third Edition through its releases, supplements and literature. This time, we will be wandering down the dusty lanes of May 1988 to come face to face with chaos and the greenskin menace, oh, with a rare article for Warhammer Siege with some fantastic Russ Nicholson (he of Fighting Fantasy fame) illustrations.

So let's tarry not! 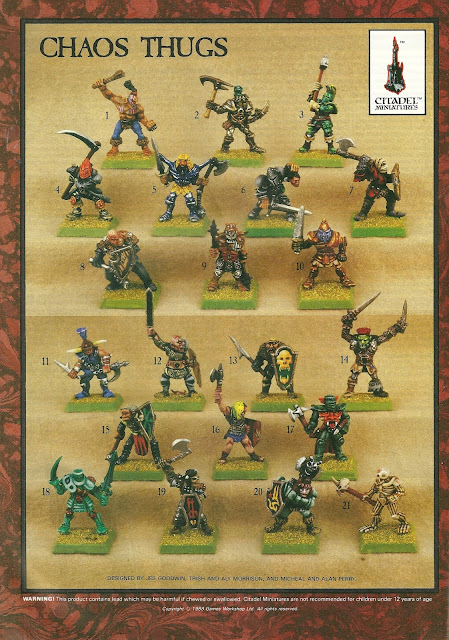 These are one of my favourite Citadel ranges. The chaos thugs were produced over a number of years by a wide range of sculptors. Amongst their varied ranks we have work by Jes Goodwin, Mark Copplestone, the Perrys, Trish and Aly Morrison and the very Scottish, Bob Naismith to name but a few. As you might expect with such a pedigree of creation, the range is rather eclectic and varies wildly in quality. There are also a large number of variants, with heads, bodies and weapons being interchanged wily-nily and so, thugs make an ideal and fascinating set of models to collect.

In fact, it was a pack of thugs that were among the very first models that I ever owned. I still own them, and was just painting one of them this very day. It was not one of the examples above, however. By this time, Citadel were beginning to phase out naming individual models and gave them instead a number. This would later change to a number code.

Right then, the models shown above have some real classics among them, particularly 1, 2, 4 and 21. I am sure that you agree that the thug in the bone armour (21) is a wonderful sculpt and is worthy of champion status (it was later released as such if I remember correctly). I own quite a few of this range, and you will be seeing some of them in my WIP Khorne and Slaanesh RoC armies as I work on them.

As for the painting - what can I say? The air was obviously pretty thick with aerosol spray when many of these models were painted as some of the schemes are pretty loathsome, but chaotic as hell. There are also some rather nice shield designs, especially those sported by models 8 and 13 that I shall definitely have to steal in the future as I have a load of models that need shields. 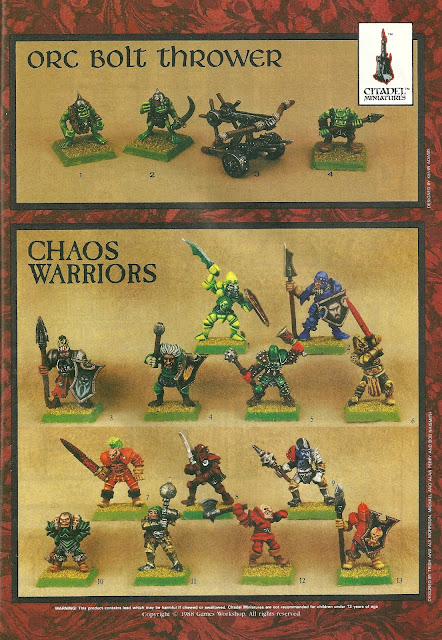 I have discussed the Orc Bolt Thrower before, though it is nice to see a painted example. As ever, Kev Adams produced a characterful bunch of orc models, though model 2 had a far longer life than the other miniatures here, appearing in blisters into the early '90s.

The Chaos Warriors are, like the thugs, a mixed bag. Many of these were re-released models from the mid '80s and again, like the thugs, have a number of variants for many of these models. In my opinion, most of these sculpts are ghastly, though there is an absolute classic in number 10, who would later appear on the Combat Cards. The 'Eavy Metal boys must have been high as kites on car-body paint spray when they painted some of these- look at those wild colour schemes, including some ink of bare metal insanity! 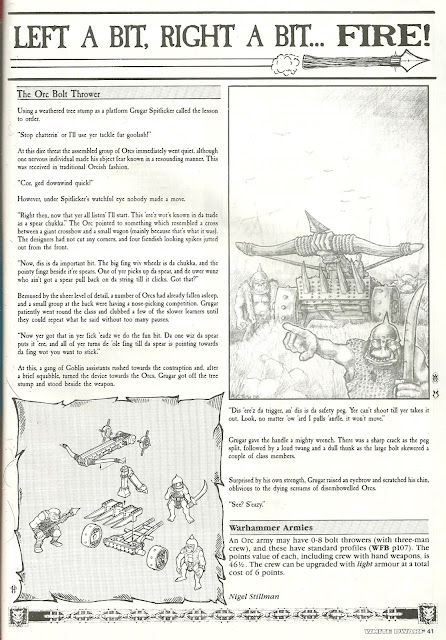 There was a bit of fluff produced alongside the Bolt Thrower, including a little not for Warhammer Armies. I publish it here for those of you who are lucky enough to own this model and want to field it with a little extra guidance. Additionally, there was a final article produced alongside Warhammer Siege. Written by Nigel Stillman, I include it below for any Oldhammerer's eager for siege warfare. 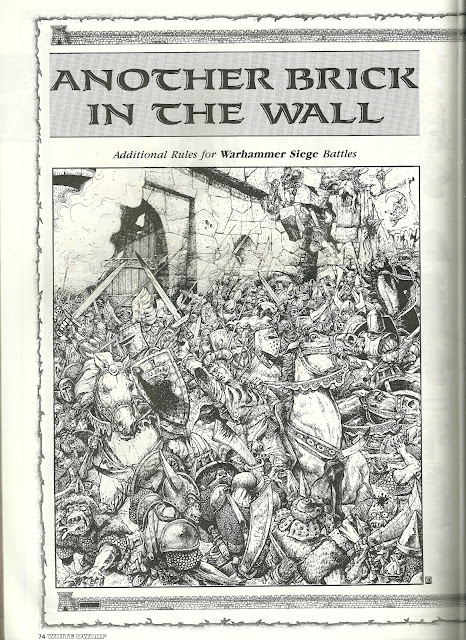 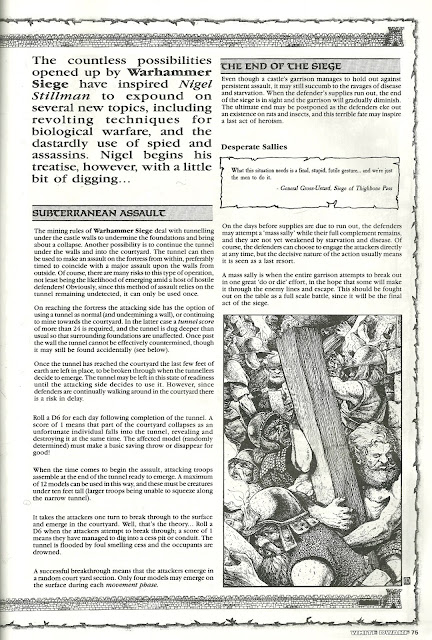 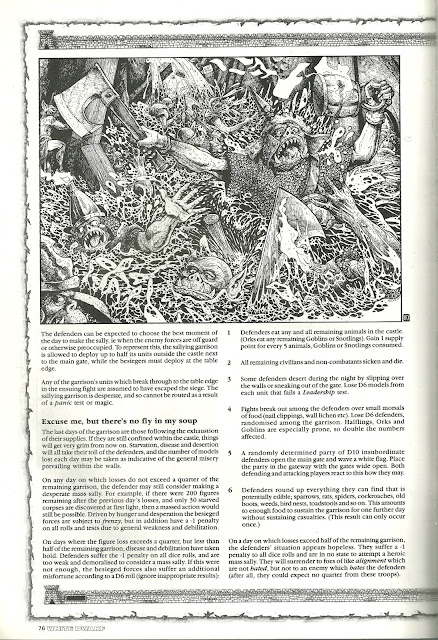 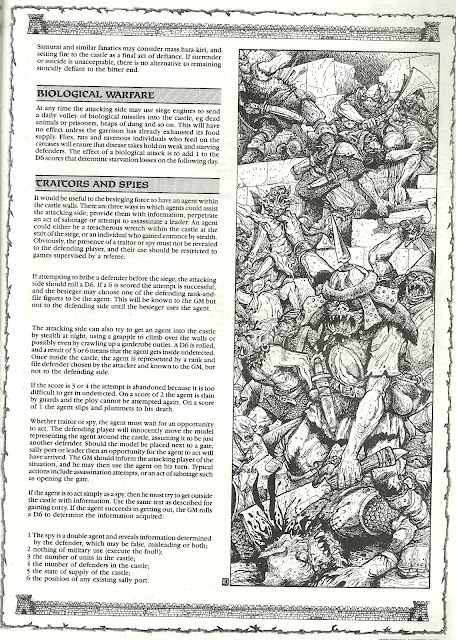