Oldhammer Weekend 2016: Who are the Time Warp Wizards? and other miniatures 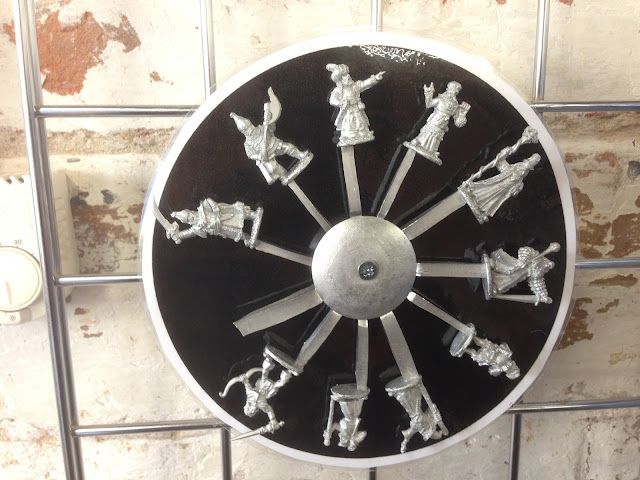 Last post I mentioned the Time Warped Wizards that Foundry cast up especially for BOYL4 and I promised that we would look at them in greater detail, so here we are. I had seen most of the figures in this collection before, as I had had the near impossible choice of choosing but one in previous years, so it was wonderful to finally have them all.

Now, these figures have lurked out there in the murky world of obsessional Citadel collecting and most are often included as part of the unreleased Empire range. Check out the Collecting Citadel Miniatures wiki here for further details. I couldn't care less whether my models are slotta based or solid, but I know that there are some out there who highly value the original style castings. 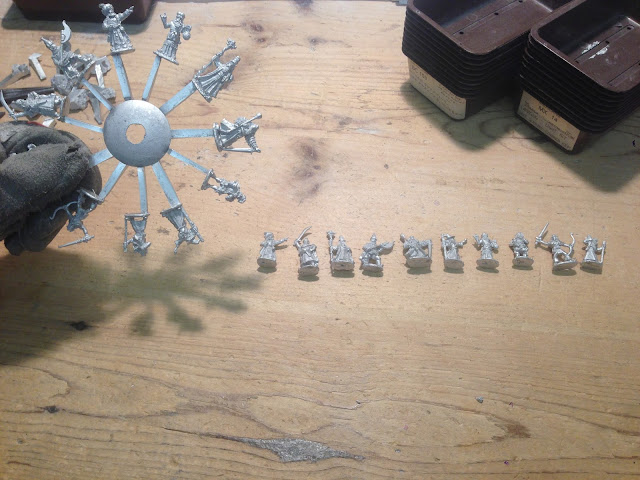 As you would expect from Wargames Foundry, the models are exceptionally cast. Witnessing Marcus Ansell's skill and speed producing the miniatures in the photograph above is testimony for that. In fact, comparing these newer versions with some of my more ancient unreleased models the Foundry castings are enormously superior and feel wonderfully weighty in the hand. 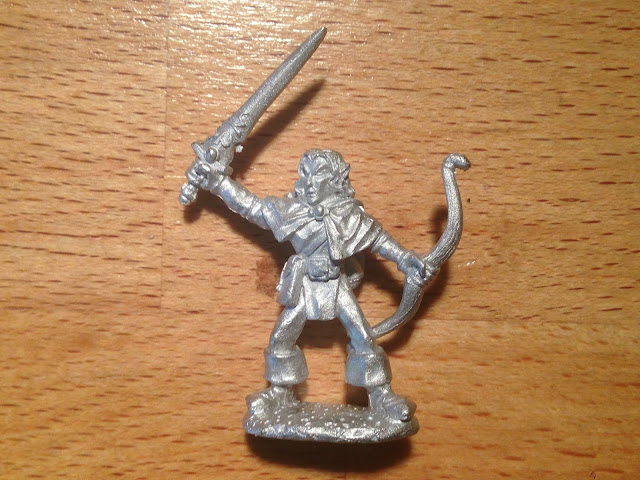 Now this first model is clearly not a traditional wizard and bears a striking resemblance to a certain Heroquest character model. He is in fact an unreleased Wood Elf can a reference to him can be found here at the CCM wiki. 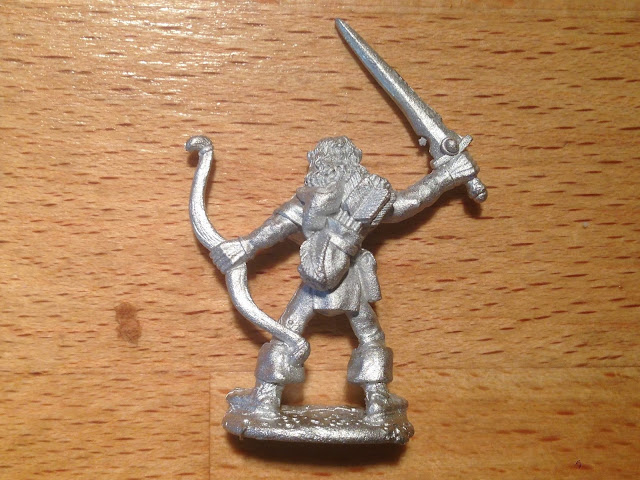 If you have been aware of this model for a while, I can give you a sneaky rear shot (steady, Chico) to reveal further detail. 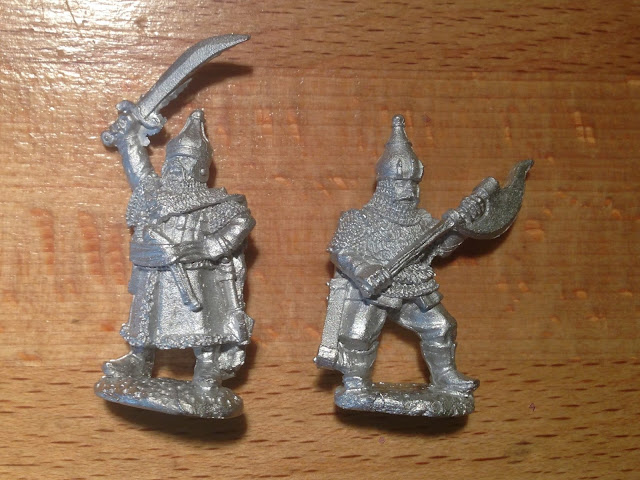 These two chaps have long been considered to be Empire models, though the Russian influence is extremely strong. Though it is fairly easy to suggest that these figures were originally produced as part of a possible Kislev range, they may simply just be late- medieval (note the pistol in the first model's belt) sculpts who have been caught up with Warhammer. 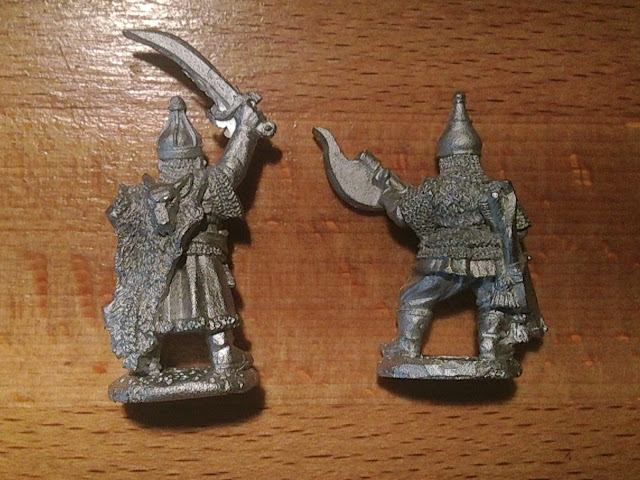 Again, like the Wood Elf, these two models don't strike me as the traditional magic users, though battlemages are always possible if you don't care for strict rules and background. I will most likely use these for warriors in my own games.

These four figures are simply beautiful pieces of single cast design. Each is unique and lovingly detailed and will not doubt prove to be a thorough challenge to paint. The second figure from the left you may well have seen here before as I selected that example as a prize a couple of years back. The first three figures are clearly all traditional magic users and have been attributed to Aly Morrison. The fourth figure is a bit of a mystery, and could possibly just be a standard villager type as he wears pretty standard clothing and carries a goblet.

These figures feel much later in the Citadel chronology and may well have been produced just as Bryan Ansell was preparing to leave GW. 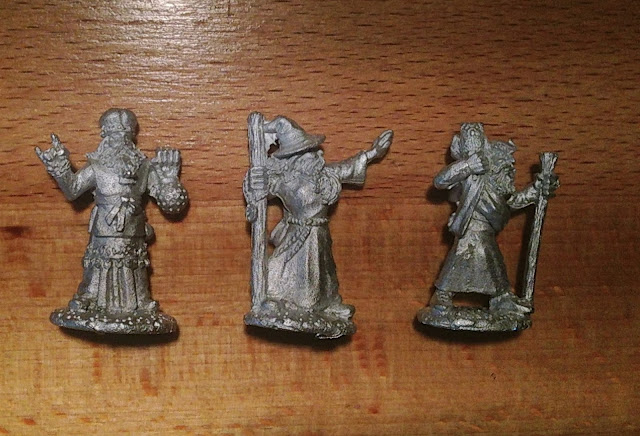 These next three figures feel earlier to me, and match in style with the wizards and clerics that were released in 1987 as part of the C series. A glance at the CCM page will show you that there are an awful lot of unreleased miniatures that share similar characteristics with these, with a large number being conversions of other models. My unreleased druid I wrote about last November is part of this collection. 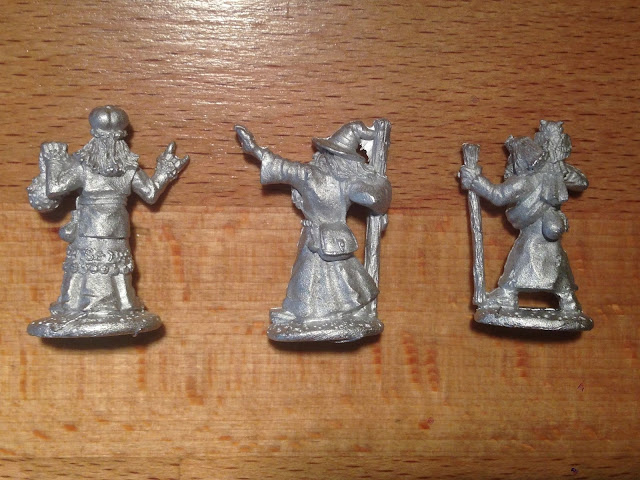 Many figures in this particular group of unreleased models look unfinished or are rather crudely converted (perhaps giving a clue to why they never saw the light of day) as anyone who has seen this Nurgle sorcerer will attest. Though Bryan has said to us that many of these models never made it to market purely because there was just so much to release back then, that many fine models just slipped through the net. It is fantastic that some of these excellent models are at last seeing the light of day.

I am sure that many readers will be keen to get there hands on these models. Marcus told me that the mould he made for the Oldhammer Weekend is only a temporary one and won't last forever. If you are after some of these models (and they were selling individually and as a whole set) my advice is to contact the Wargames Foundry directly via telephone and speak to them. 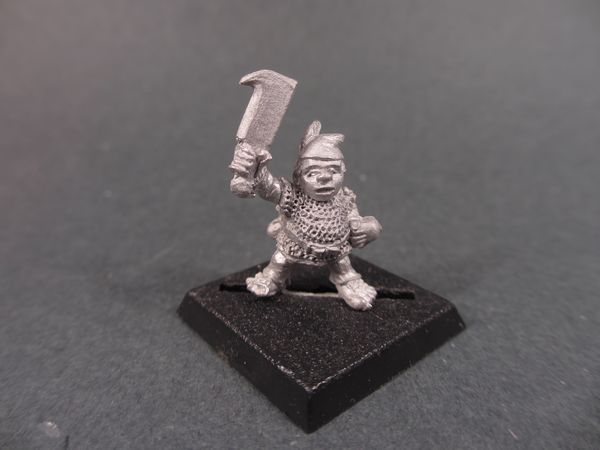 I also spotted this chap (image from CCM) being handed out as a prize (along with the unreleased Advanced Heroquest Dwarf and the hideously brilliant female space marine my friend Steve Casey discovered last October) to one of the lucky painting competition winners. Bryan went on to say that only the Perry's would have gone to the trouble of sculpting such an accurate hatchet style weapon, complete with nasty curving hook!! 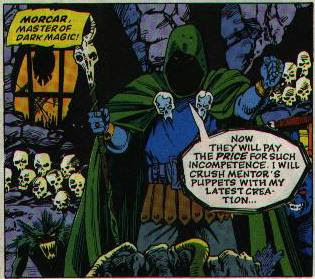 But it wasn't just Foundry producing exciting models, Geoff from Oakbound Studios, designed the event miniature based on an image of Morcar he found in an old Heroquest comic. There was a very weighty box of castings being lugged around by even organiser, Garth, during most of the Saturday session. 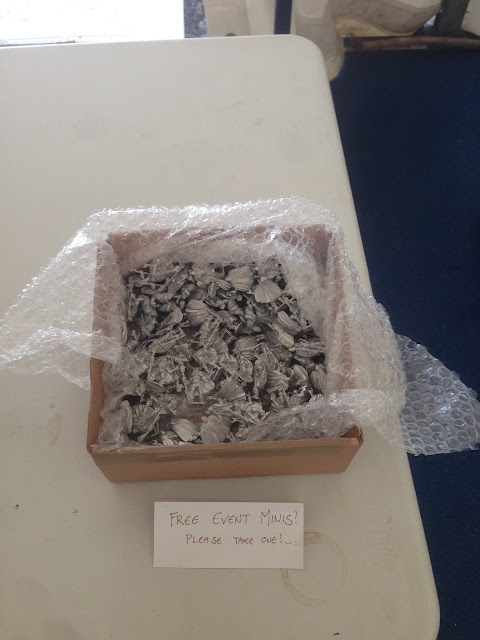 By the time I took this picture a large number of them had been handed out. As I said previous, Garth ensured me he wants to get these sent out to other Oldhammer communities across the oceans so if you are after one, get hold of him via the Oldhammer forum. He uses the moniker Weasil there. 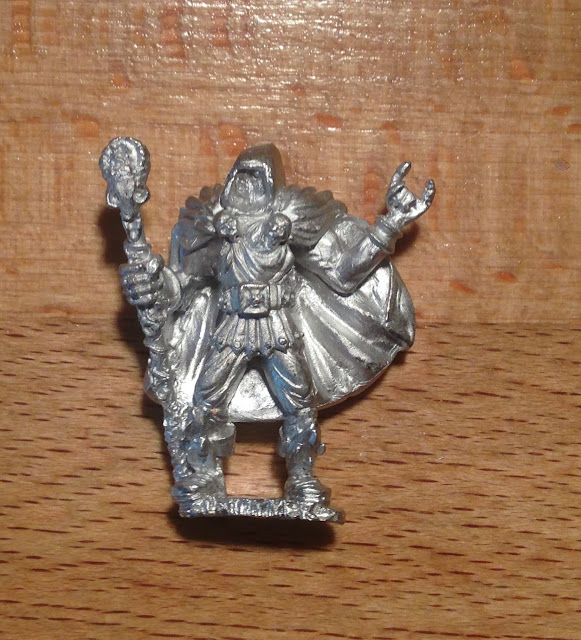 And here Morcar lies in glorious close-up. I love the horned beast sign he is making with his free hand. 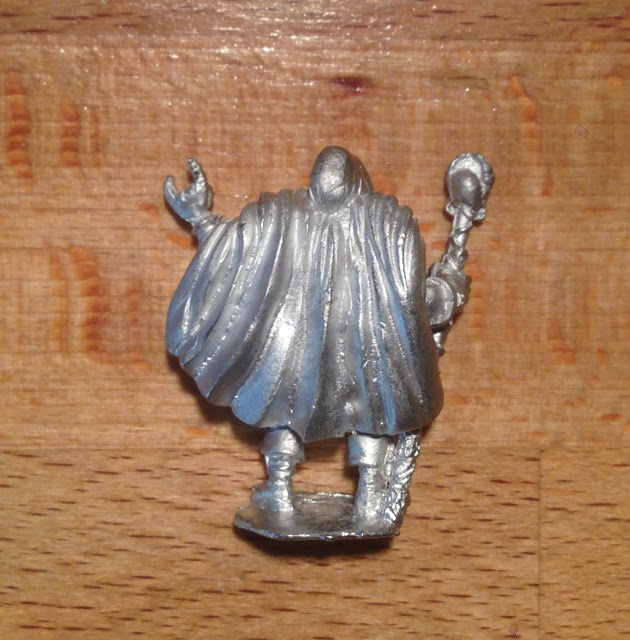 Villains the world over really lost out when the hooded cloak dropped out of fashion, don't you think? 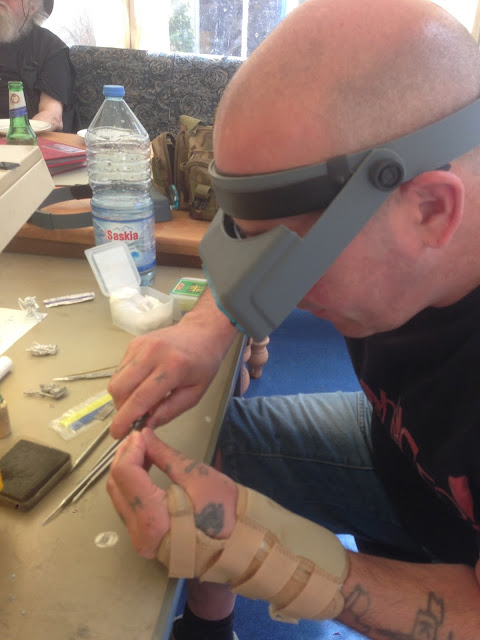 Kev Adams worked flat out to produce a large number of converted models, including a tiny bottle swaggering model with my rough features adorned upon. This model really is tiny. In a couple of days, I will get collect up as many pictures of his work and share them here as I did last year, as well as sort out the three chaps whose models Kev took home as he ran out of time. 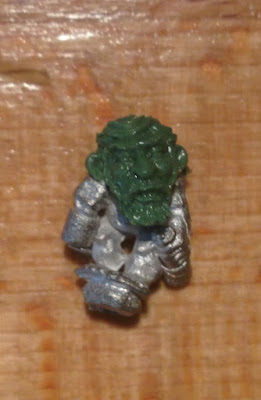