The European Range? An Oddity From Dragon Magazine 1988 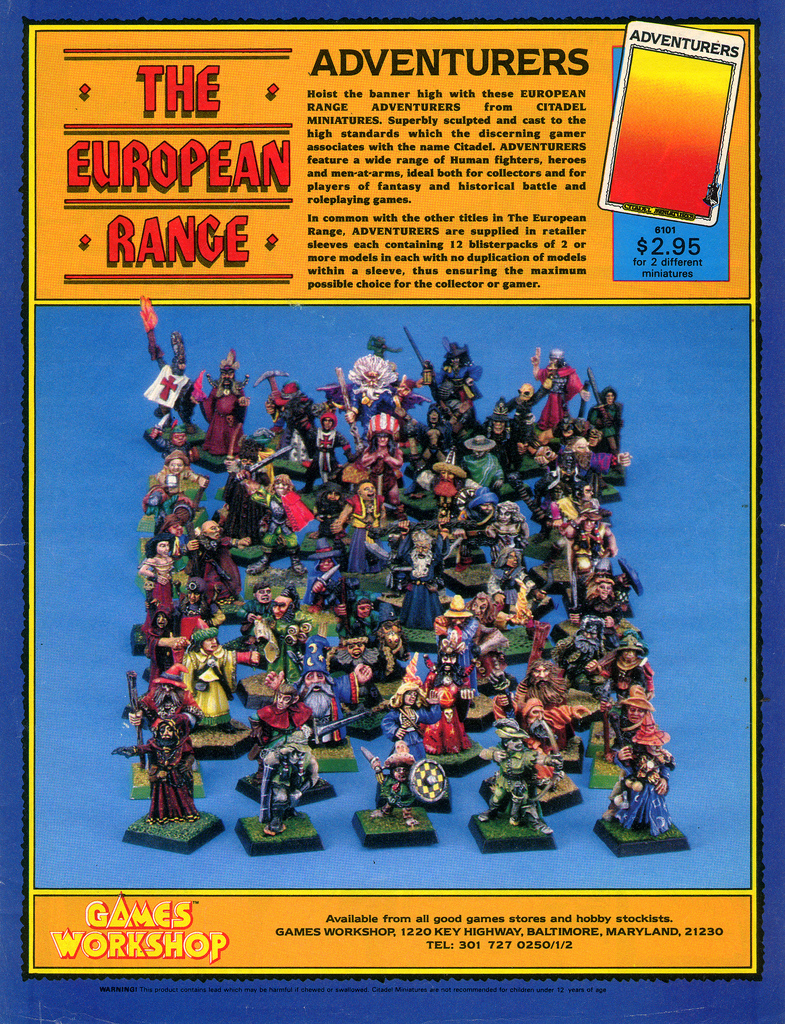 Hello retro fans. As regular readers will know I have spent the last few days investigating the possibility of 'missing' McDeath models and by missing I don't mean the couple of models not yet secure in my collection. You see my research led me towards an interesting speculative place - perhaps the models released and those originally intended to represent the characters were different?

In some cases we can tally the original figure with the cardboard counter artwork! As I have said for many years, you can research '80s Citadel and Games Workshop miniature ranges and publications for many, many years and still find new intriguing mysteries to explore. And quite by accident, which is usually how these mysteries arise, I discovered another one this week.

The mystery of the 'European Range'. Yes, I haven't heard of it before either, nor have I even seen a blister pack in the style advertised.

Searching for Raybees on an internet search engine brought this image up. You can spot him in the first rank centre stage. Of course, it wasn't long until that Combat Card dwarf wizard caught my eye, now there is a rare figure and I have only ever seen a single example of him - in Bryan's collection in Newark. And by the way, that was exactly the same figure as you can see in this advert.

There are several other very notable figures exhibited here too. Cast your eye around and you can spot the limited edition 'Warlock' figure at the back of the display, not far from the original Lichemaster figure. If you look closer you will also spot a high number of other desirable figures that are part of a number of popular ranges grognards collect to this day. By and large, we have been lead to believe that most of these figures (Warlock and Lichemaster in particular) were super limited editions only and this rarity supports the high prices that collectors demand and pay regularly.

But if we interpret this advert literally, could the models shown in this advert represent the contents of the ADVENTURERS RANGE as it was (if, of course, it ever WAS launched) released in the US. Could they still be out there? Some years ago I was approached by an individual who claimed to have a Lichemaster figure (the original from the '80s he assured me) in a blister pack. I never saw the model in question but I was informed in no uncertain terms by another collector that finding Kemmler in the original packaging was an impossibility.