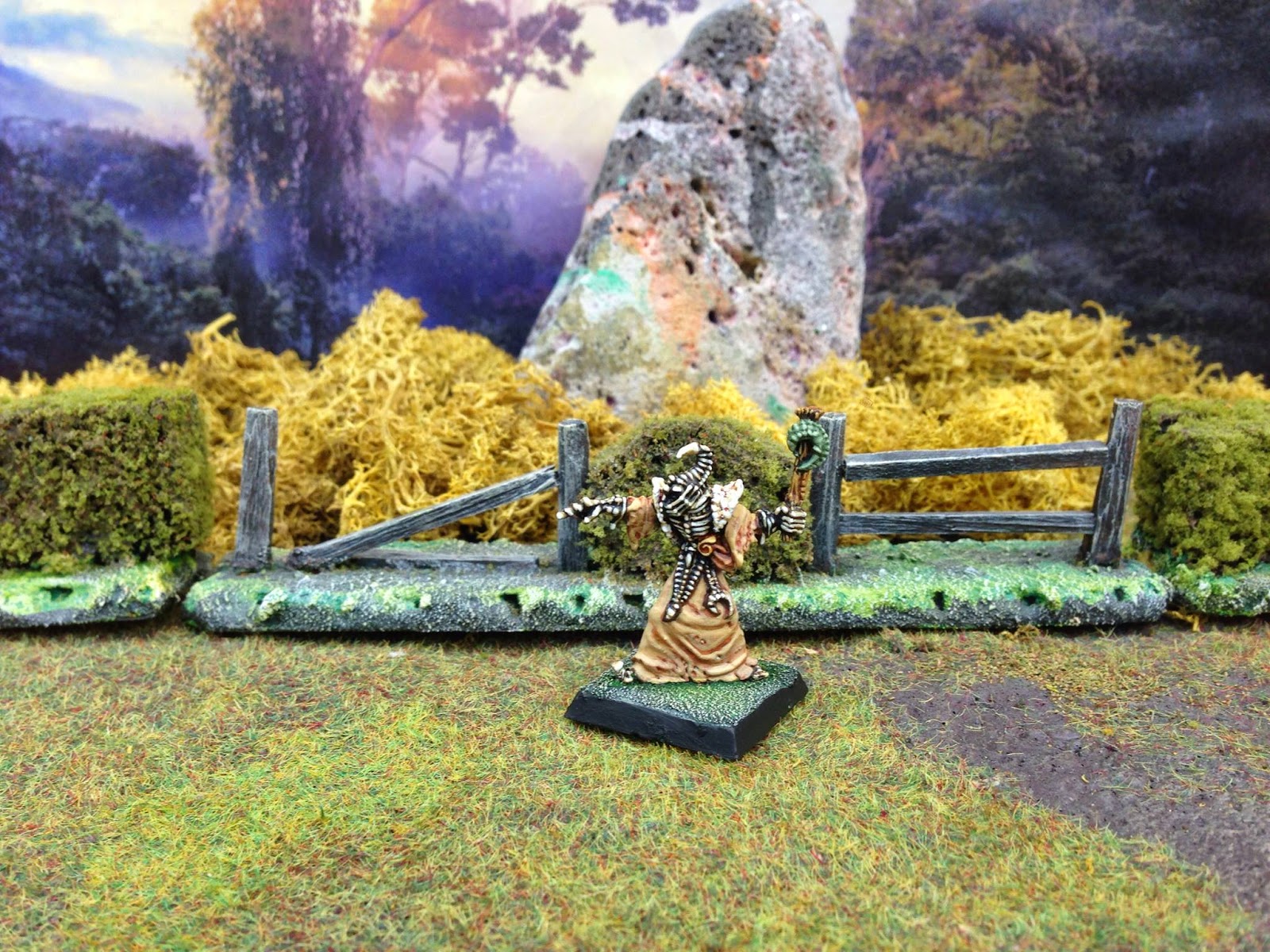 I have been stuck at home today with my son. He was sick during the morning and was unable to go to school. With the wife already at miles away, it was me that had to phone up work and give them the good news. Jack was quite shaken by actually vomiting, and wanted cuddles and conversation for most of the morning. We had a great chat, and I was telling him all about the old toys I used to play with in the 1980s: He-Man, Action Force, M.U.S.C.L.E.S, and Star Wars. Going over all those memories again let me see just how enriched we were all with sci-fi and fantasy back in the 1980s. Perhaps that explains my (our) obsession with these little lead men, eh?

After a while he fell asleep, and with the housework done and the daughter at Nursery, I snatched some time to finish off this miniature and take a few photographs before Daddy-Daycare was required once more.

I bought this mini for £1 the other week. It was broken, with the strange staff snapped off. I had previously set about carefully drilling out a hole in each part and pining the model together once more. This particular sorcerer has always been a favourite of mine and I was pleased to finally get hold of him. He appears, if you look carefully, in several of the colour photographs in Warhammer Third Edition. Considering I have spent nearly thirty years gazing at all those figures, its no surprise that I love tracking them down after all this time.

The paint job was a simple one and I don't think I spent longer than a couple of hours on him in total. I started with the bone armour (or face and body if you swing that way) painting it all Boneyard 9A from Foundry. I washed over with a black -wanting something a little darker than normal to bring out the detail. I used the rest of the triad to work up the armour in a simple, but delicate, bout of painting. The fluffy shoulder pads were again worked up with the Boneyard colour, only they were washed with watered down chestnut ink and highlighted up to white in places.

Then it was a simple case of using the Boneyard colour for a third time to work up the cloak. I added a green 'thingy' to the end of the staff as a spot colour, though I used Boneyard 9C to highlight up to ensure the colour harmony remained. Orange was used to add further variation with the pouches, bag and scroll.

A brilliant sculpt from Jes Goodwin. They paint themselves don't they? 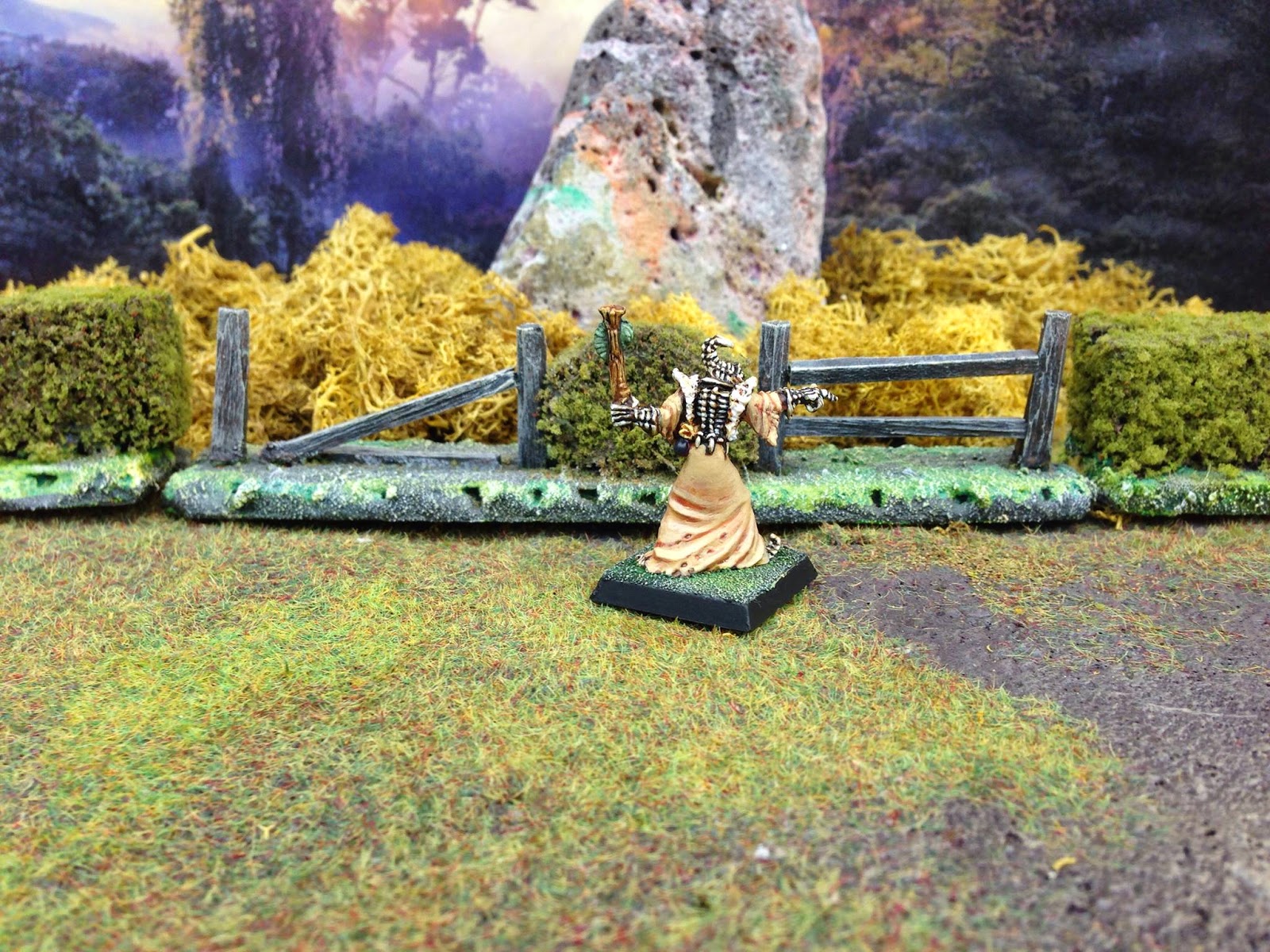