A Sort of Anniversary Inspires a Miniature Sort Out! 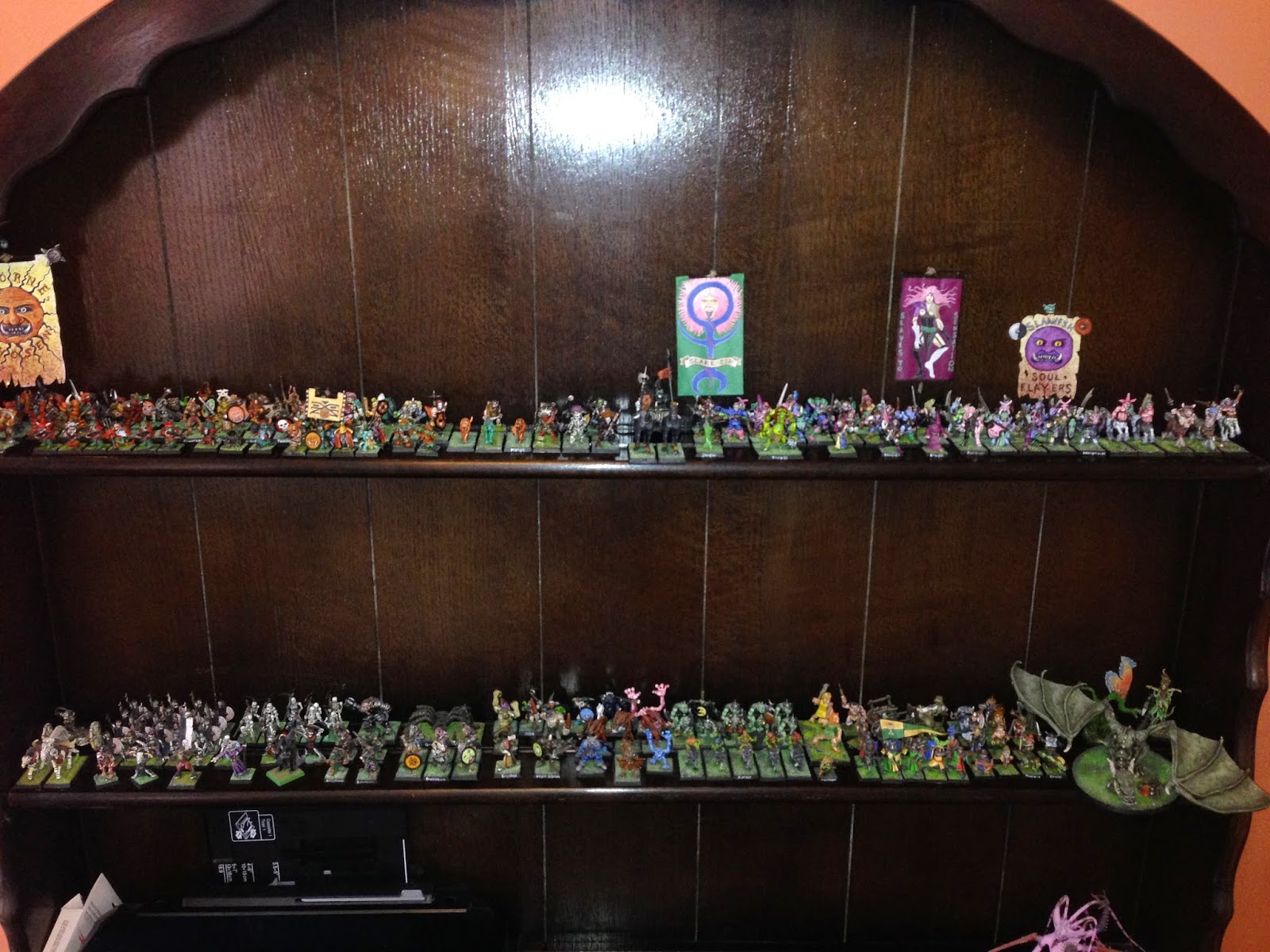 I have just had it pointed out to me that I missed an important anniversary (no, not the wedding!) and ought to make mention of it. Three years and five days ago I started my Warseer project log entitled 'Orlygg's Retro 'Realm of Chaos' Project Log.

This was in the days before Oldhammer.

Of course, this was some months before Zhu Bajiee's seminal post that gave the community a name (and a neat image to act as a badge), though Oldhammer Founding Fathers, such as Thantsants, Erny and Garth James, were blogging in semi-isolation. It was finding these three blogs on a wet February Sunday afternoon that brought about a massive change in my wargaming hobby, for here were some guys (albeit just three) who were interested, nay passionate, about the very same period I have been trying to recreate for some years.

The trouble was, blogging looked a bit complicated. You had to sign up for things, and move pictures around and post links and all these other things I had no idea how to do. So I used what I knew about... Warseer! Eventually, I out grew the thread I was using and drew up the courage to start Blogger.

I have never looked back!

So considering that today was another one of those cold, wet miserable days (only in August) I decided to celebrate this anniversary by (finally) sorting out all of the painted models I have painted in the last three years and 5 days. And then I arranged them on my Welsh Dresser for display. After counting them all I have discovered that I have painted 230 old school Citadel/Ral Partha/Marauder miniatures in that time, not including the commissions I have done for other people. 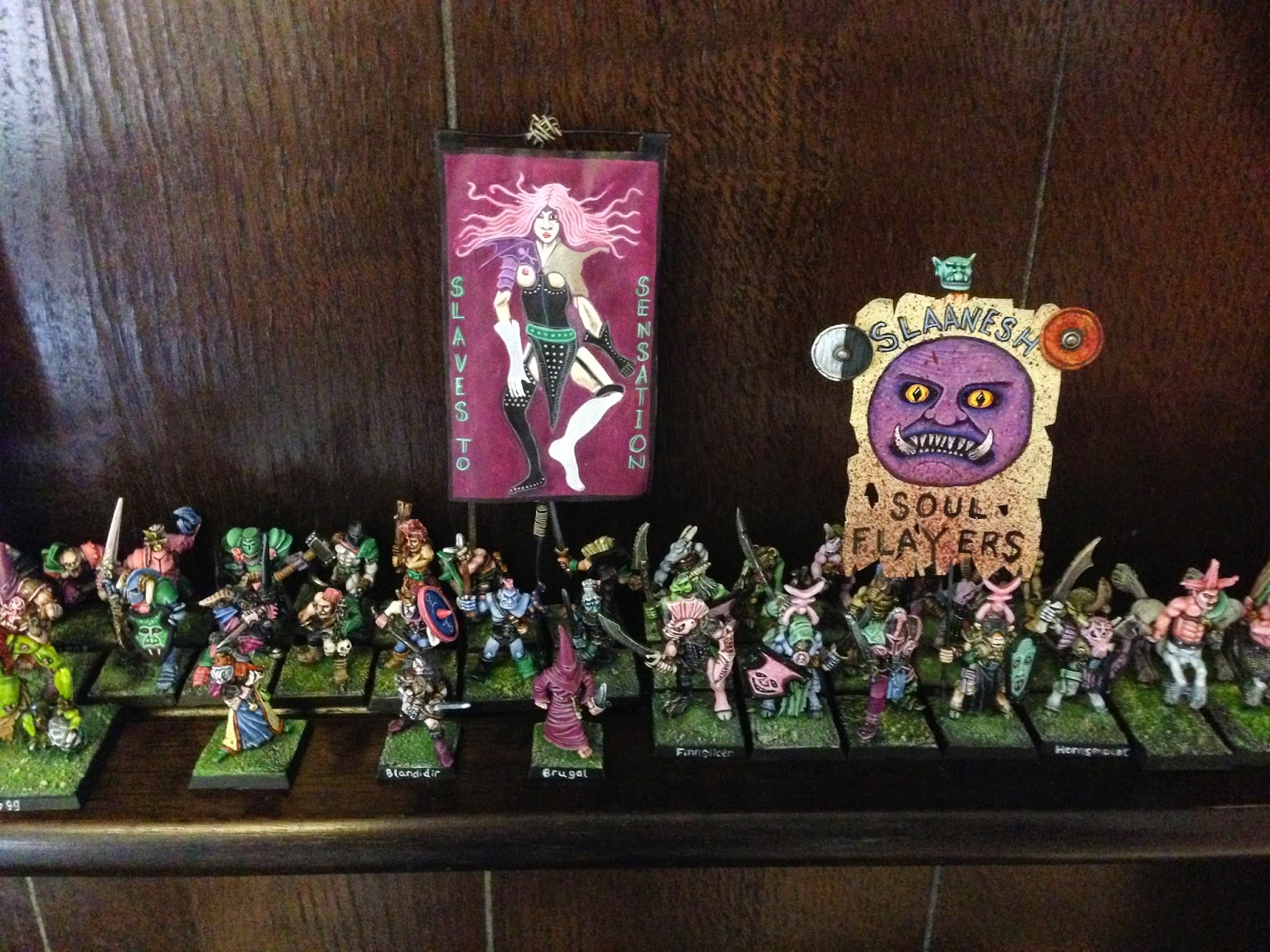 My now famous (and award-winning!) Realm of Chaos inspired Slaanesh and Khorne armies take up the entire top shelf and make up some 110 models in total. 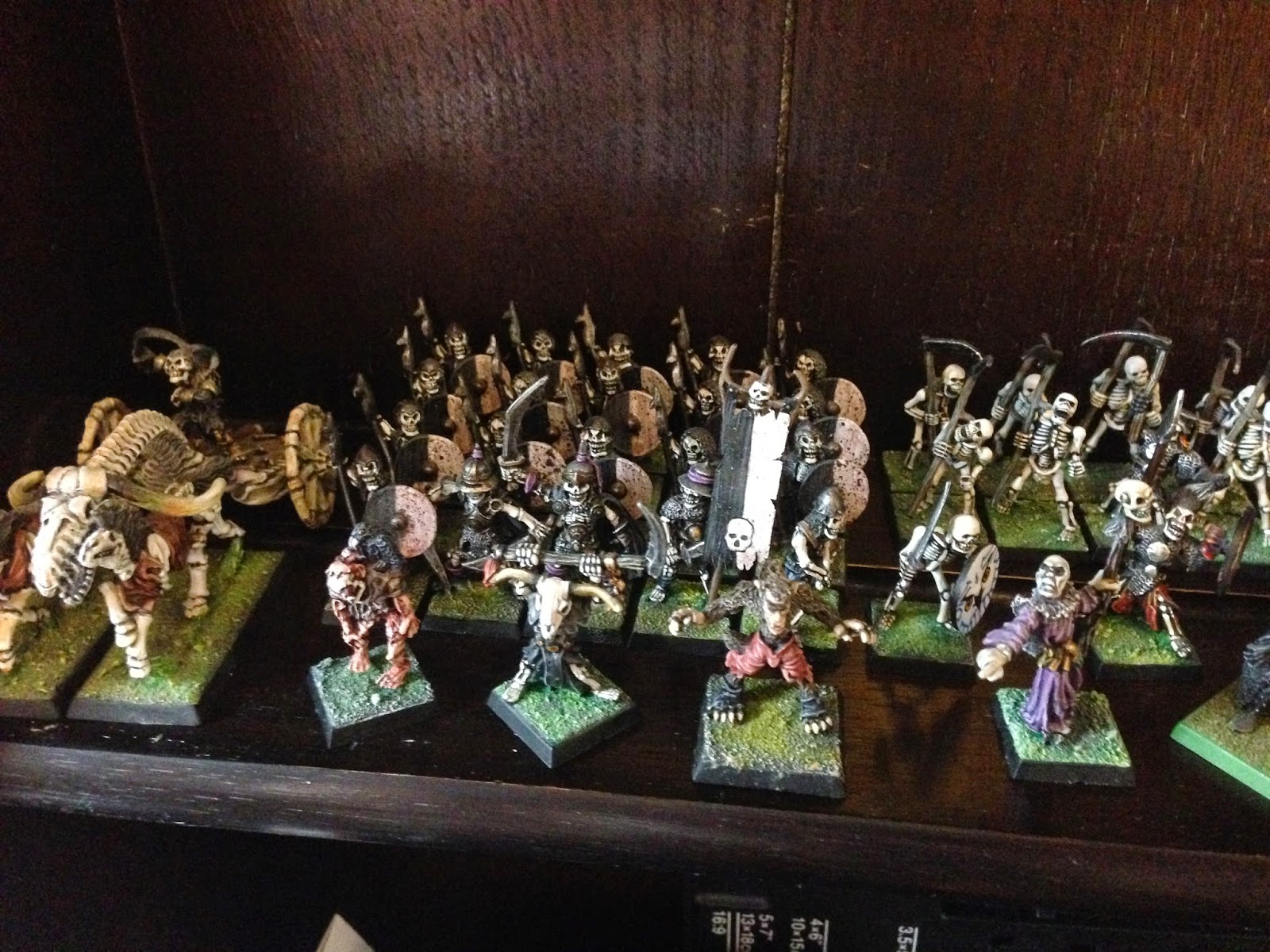 The bottom shelf contains everything else in my collection, including some pieces that are rarely seen online, such as my embryonic undead force here. 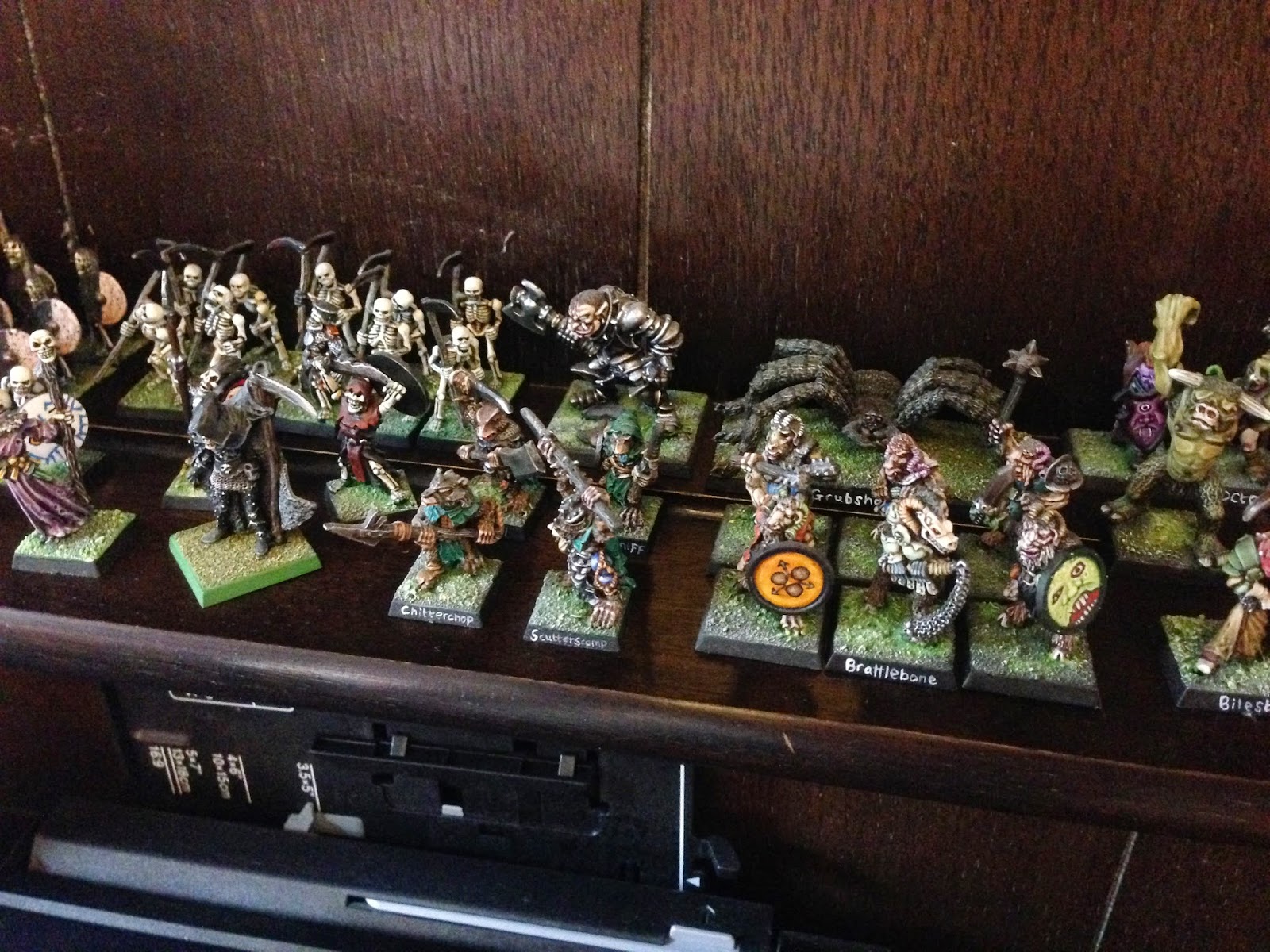 I also have a handful of painted skaven, Skrag the Slaugheter and some Nurgle beastmen, minotaurs and characters. 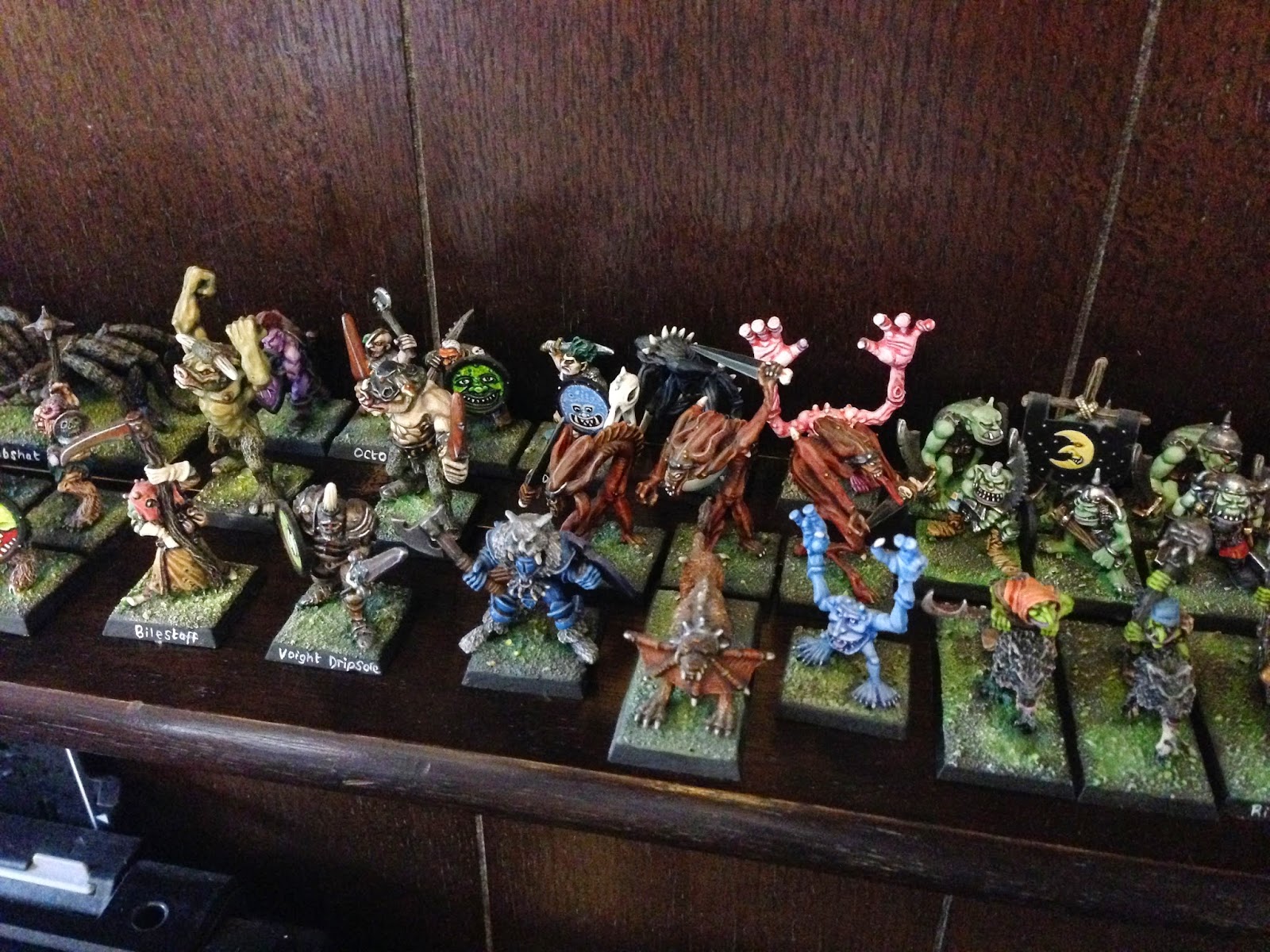 Chaos daemons don't get many mentions on this blog, though I have painted some over the last three years! 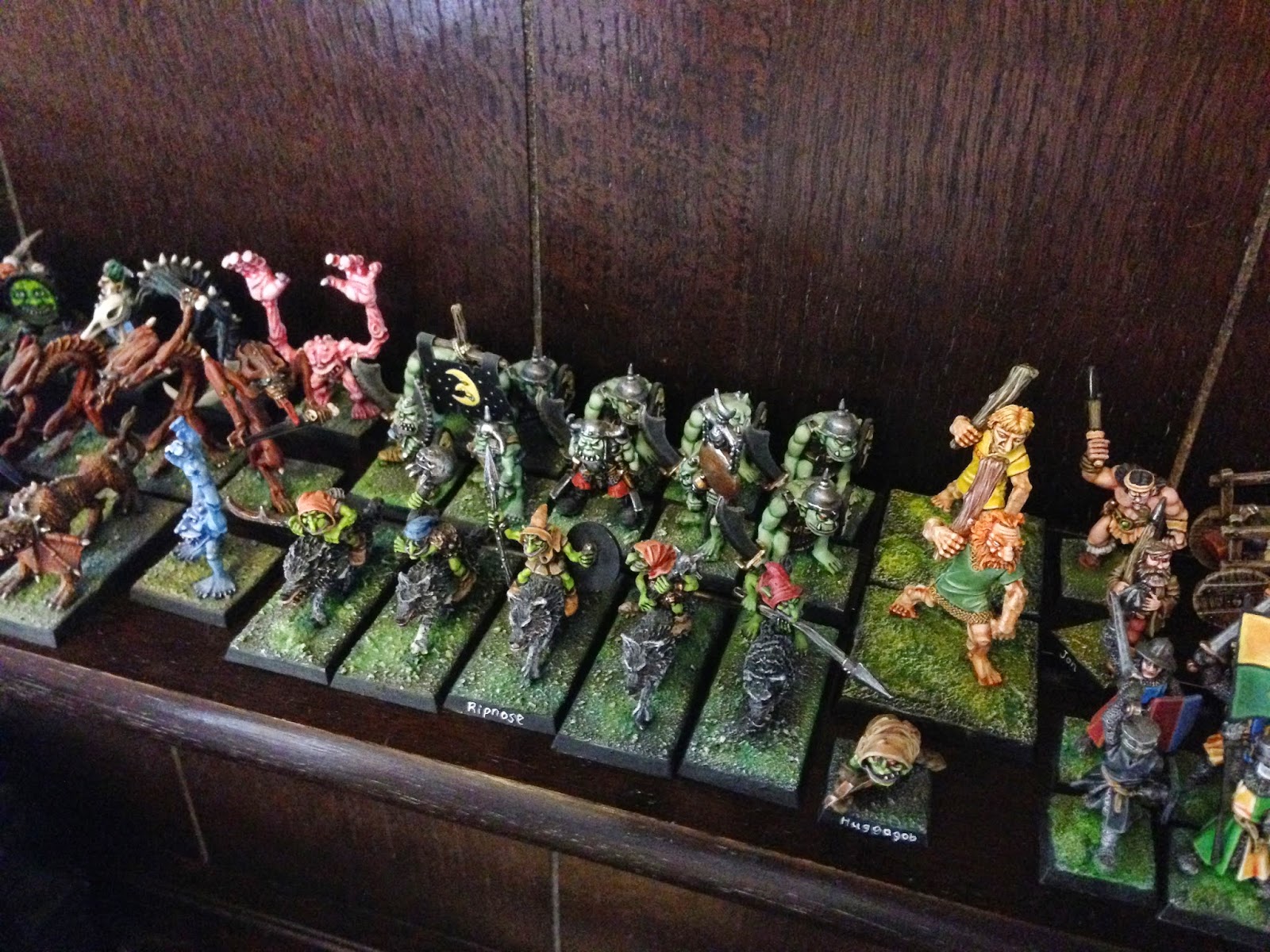 Another embryonic army, Orcs and Goblins. I have recently come into possession of some big units of goblinoids that might have to see the attentions of my paintbrush over the winter months. 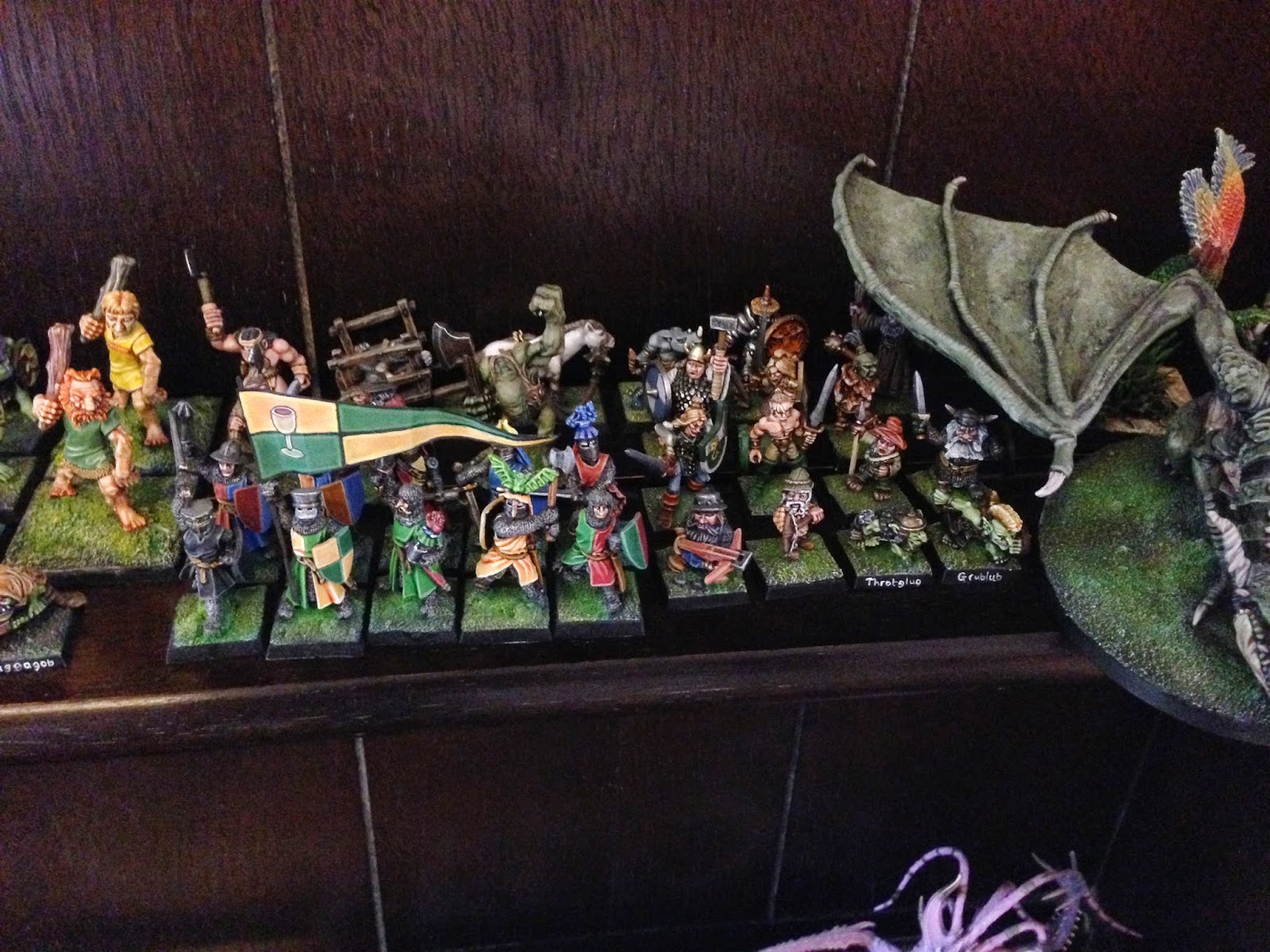 Foundry Bretonnians, the Adventurer's Cart and all of the models I have collected and painted for my Warhammer Bestiary project - I suppose I should get back to that too! 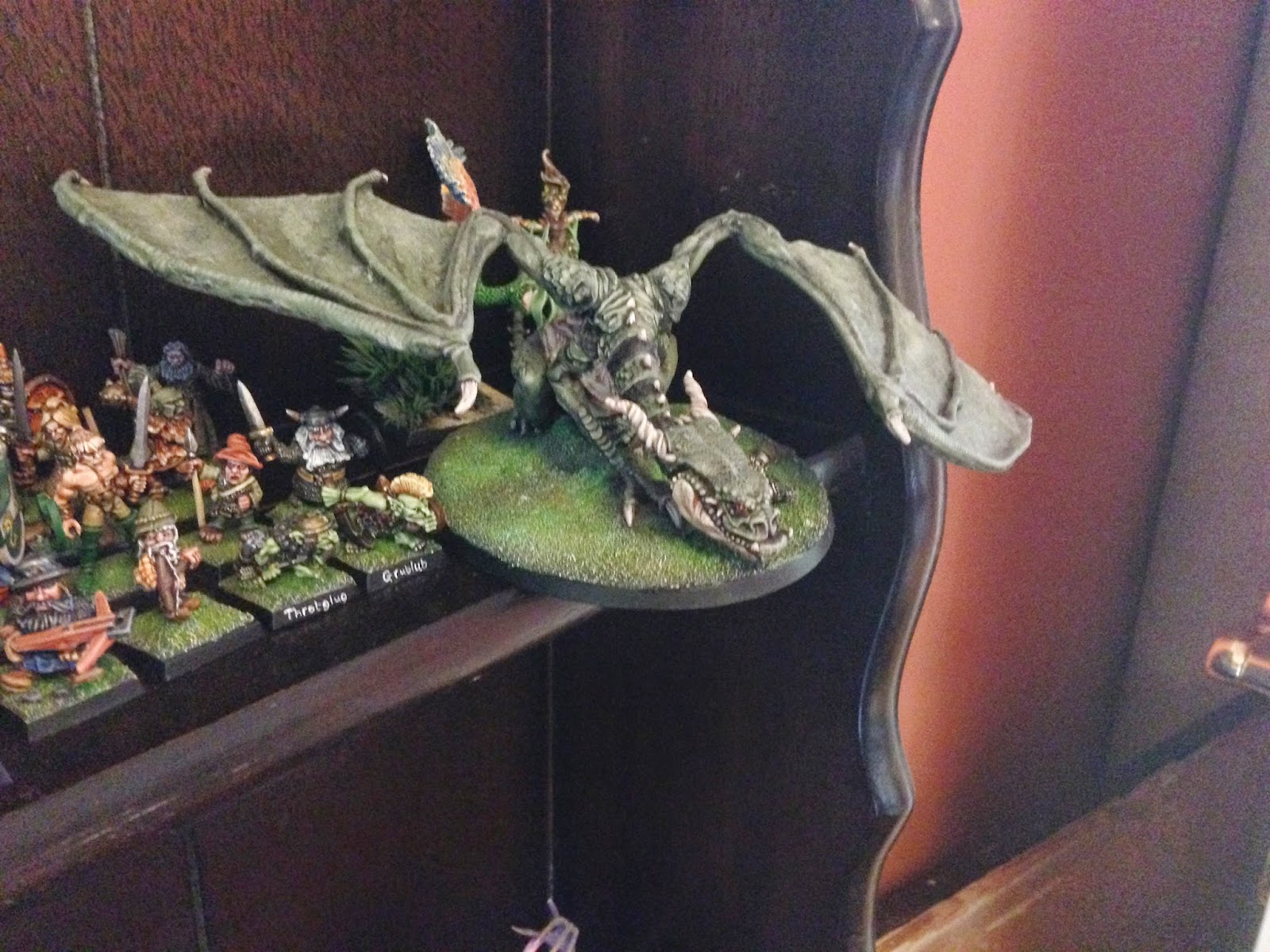 My spined dragon perches on the end of the shelf (don't worry, he is stuck on with blu-tak) and hides the Coatl I painted quite some time ago now!


I would like to take this opportunity to thank all of you readers who make this blog the success it is. Thanks for all your emails ( I really should start publishing them in my own 'letters page'), presents through the post or in person ( I am still so greatful to the fellow Oldhammerer who just gave me a Ambull model!), page views (over three quarter of a million now, and nearly 50,000 in the month of August too!) and all of you other bloggers who's work and writings keep me entertained everyday.

This is a leadpile - I know you have one, even if you deny it to yourself! 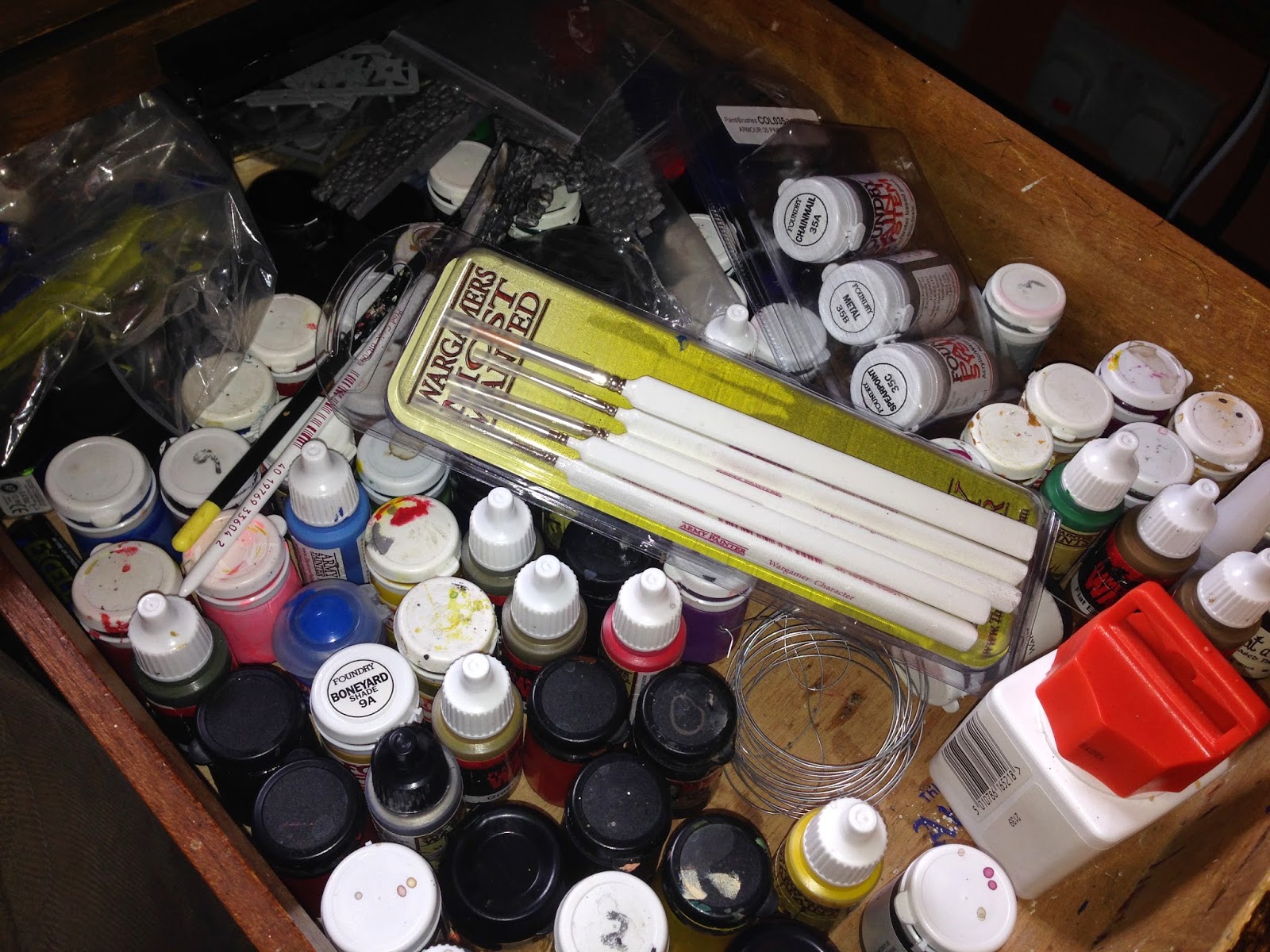 This is a draw full of painting equipment. I know you have one of these too, no matter how small!

And here is the link to get your blog started!   https://www.blogger.com