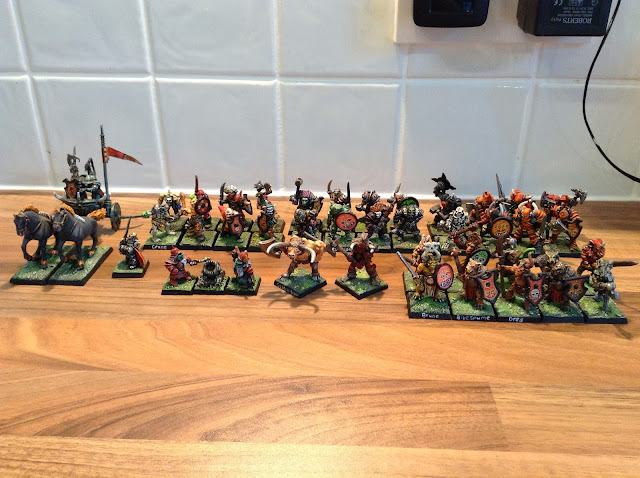 The day grows close. Early Saturday morning I shall be embarking on the journey north to Nottingham and the Wargames Foundry for Blog-Con and another game of Warhammer Third Edition. I shall be fielding my Khorne Army for the first time and have started to create the Army Roster I shall be taking with me. this includes the full background of the army, the special rules and the characters. This post will introduce to you the forces that I shall be taking and try a give a little detail about each unit.

I started this army in January in celebration of 25 years of Slaves to Darkness. Little did I know then that this would be an journey that would lead me to not only playing WFB3 with old school Citadel with a couple of like minded individuals, but with a far larger number at the Wargames Foundry under the benign gaze of Bryan Ansell himself! 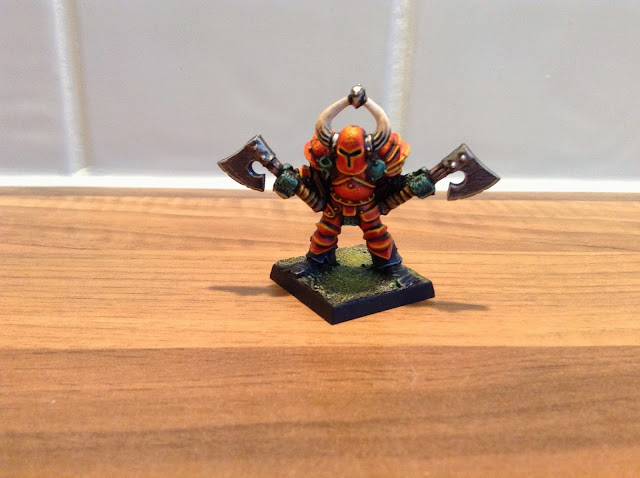 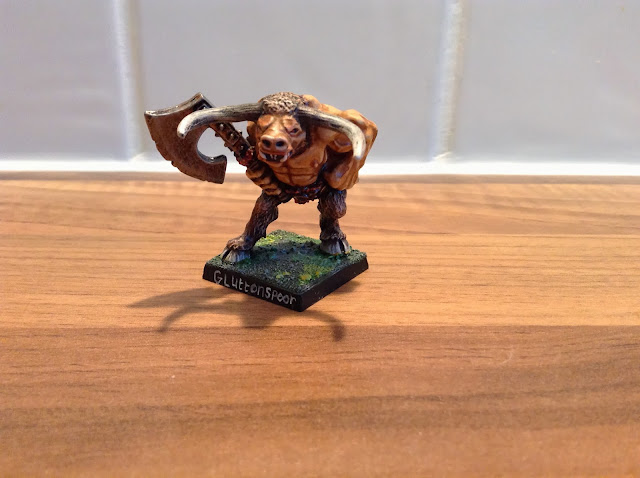 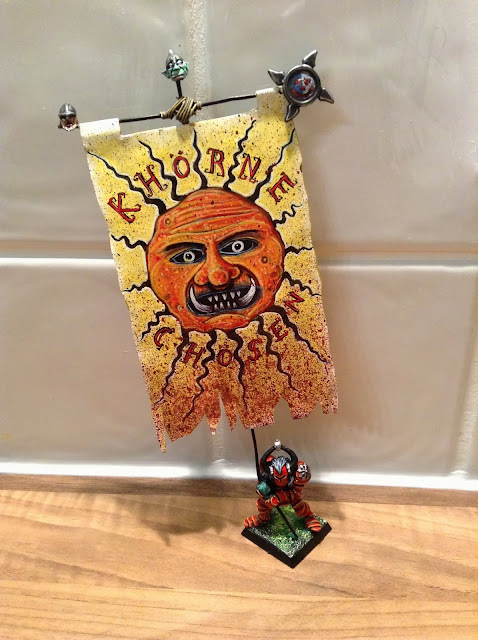 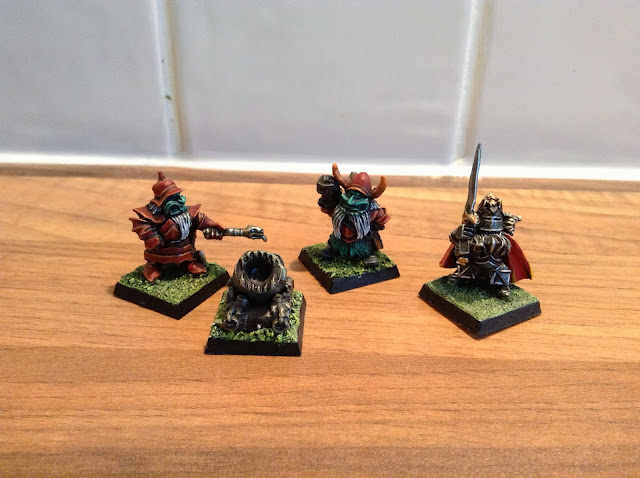 Darklock the Disembowller - Level 15 Chaos Dwarf Champion with Ulf and Thorgrim the Howling, the mortar team. 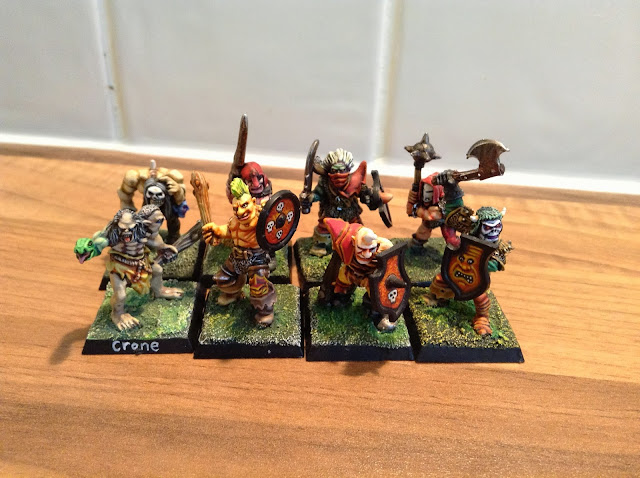 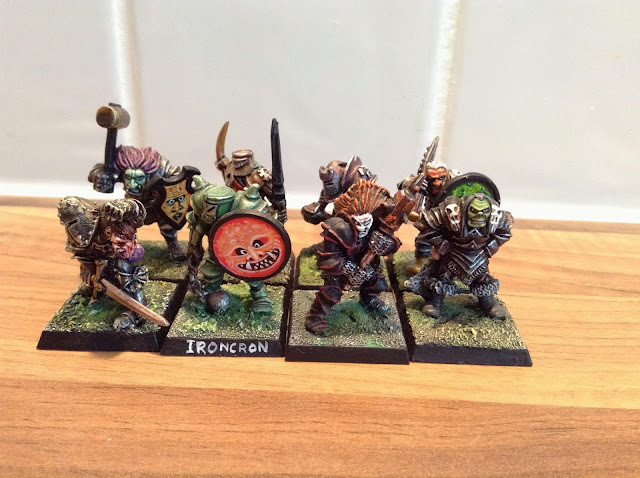 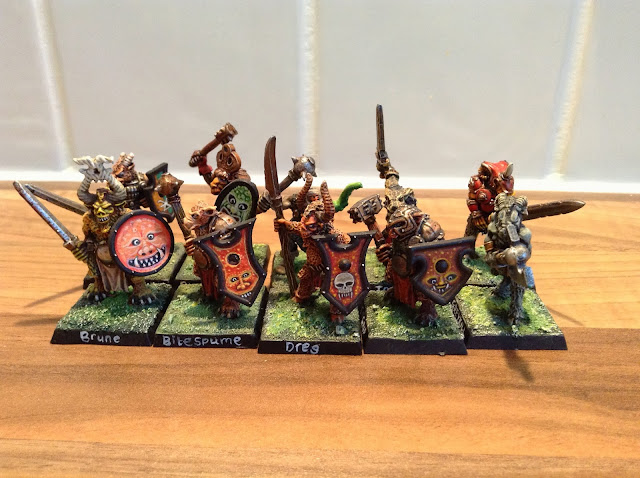 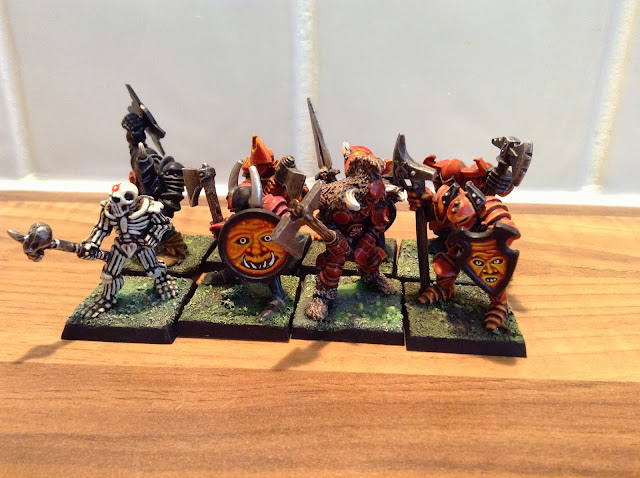 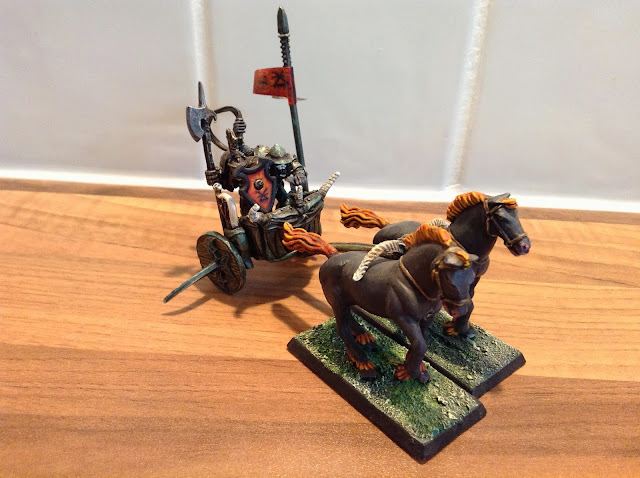 
There may well be an additional unit on the day, one that I shall be keeping under wraps in case it isn't actually painted and ready for the game. I am also toying with the idea of using my undead army as Chaos Auxillaries.

Any thoughts or comments?