Acceptable in the '80s: Marauder Chaos Warriors, Champion on Griffon, Cockatrice and Reiksgard 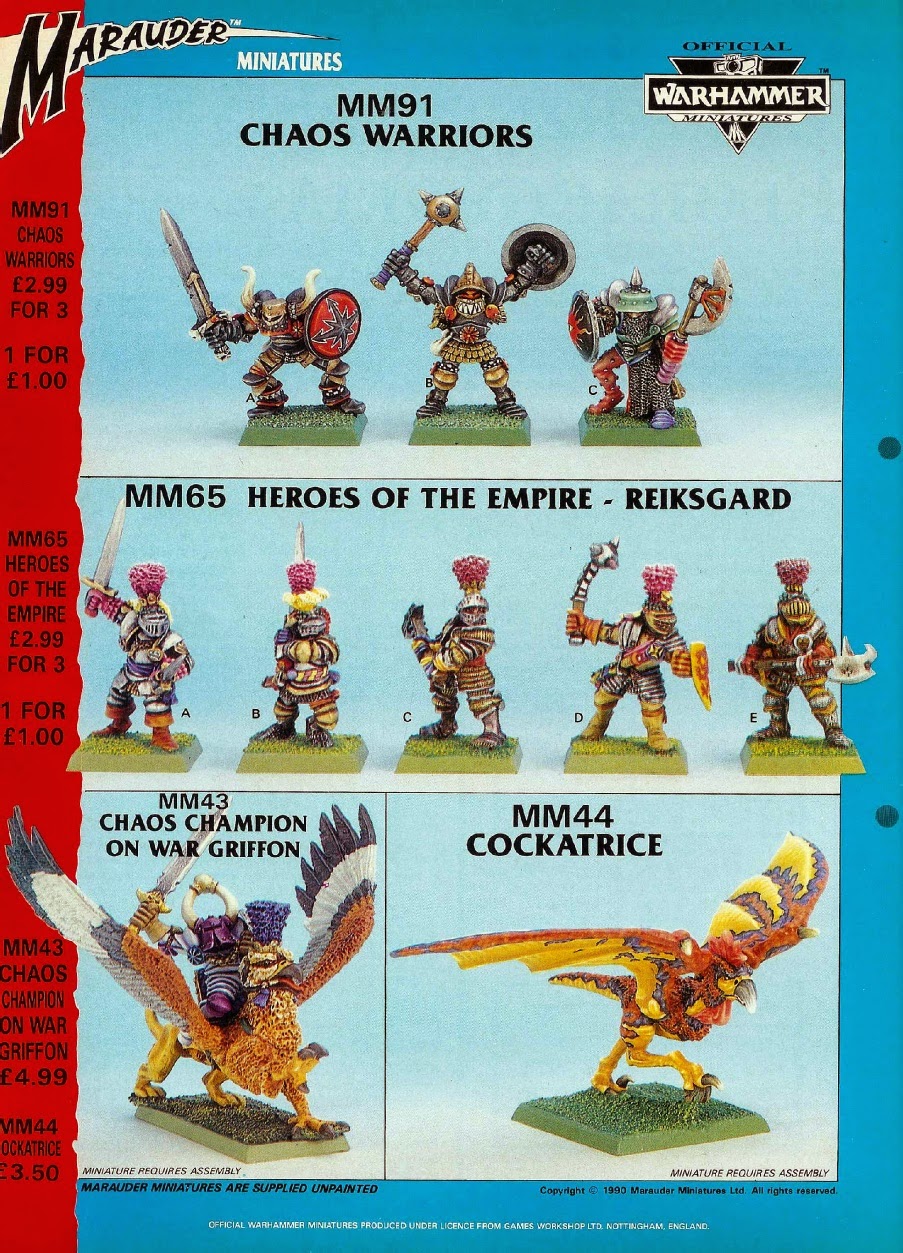 The next release to document in this history of Warhammer Third edition are presented here for your viewing pleasure. A bit of a mash up this time, with the release schedule moving away from army deals and towards smaller (relatively) miniatures. The MM91 Chaos Warriors are probably the most well known today, and represent the mere handful of chaos warriors that Marauder put out (there were later some mounted versions) and can be found very easily on eBay. They follow on and use many of the motifs we have seen in earlier Citadel chaos warriors over the lifespan of this blog series. Horns, twisted helm-faces, scale-mail, chainmail and so on.

Looking at the models left to right, the first is rather squat and has obviously rolled 'John Wayne's legs' on the chaos attributes table, or otherwise was sculpted with sitting on a horse in mind. The second model looks rather triumphant, wielding a rather unlikely mace high above his head and all he needs are a collection of severed heads on his base to give him that special psychopath look. The final model is by far my favourite, and plays less on the generic themes of a chaos warrior. This model whiffs positively of the 1980s classic film, 'Labyrinth, and looking at him now I kind of wish there was a David Bowie inspired 'Goblin-King' model (attired with a suitably eye-brow raising high-trousers/codpiece set up) to lurk rather mystically in the background. Probably to twirl his steel balls!

A great, great sculpt. I don't know if anyone else has noticed, but similar to many of the other 'mini-me' miniatures that you get with Marauder, this model has his own doppleganger in the guise of the crewman of the Chaos Dwarf Swivel gun. Perhaps it was his little brother?

The Reiksgard are not as interesting, and I can honestly say I have never noticed them on eBay - not that I was looking, but considering what I know about the amount of models GW were selling at this point there must be many thousands of them out there. Perhaps its the painting. Perhaps it the photography, but I struggle to like them here. Perhaps I should track one done and paint it to see if my judgments are fair?

The MM43 Chaos Champion on War Griffon suffers from a bit of 'static leg syndrome' with the way its claw juts out like the riding beast is a trained gundog and is dutifully indicting its master's quarry. The rest of the body looks okay, but perhaps this month's photography suffered from gremlins and the models came out looking a little worse for wear. I will reserve judgement on this model until I see a better example of it. I am sure you dutiful readers will have your own opinions on him.

The cockatrice looks like a decent model but suffers from a rather garish paintjob. I cannot recall if Citadel did a cockatrice of their own to compare it with but I expect that I shall be chasing down this model when my Warhammer Bestiary painting challenge reaches the point of monsters. 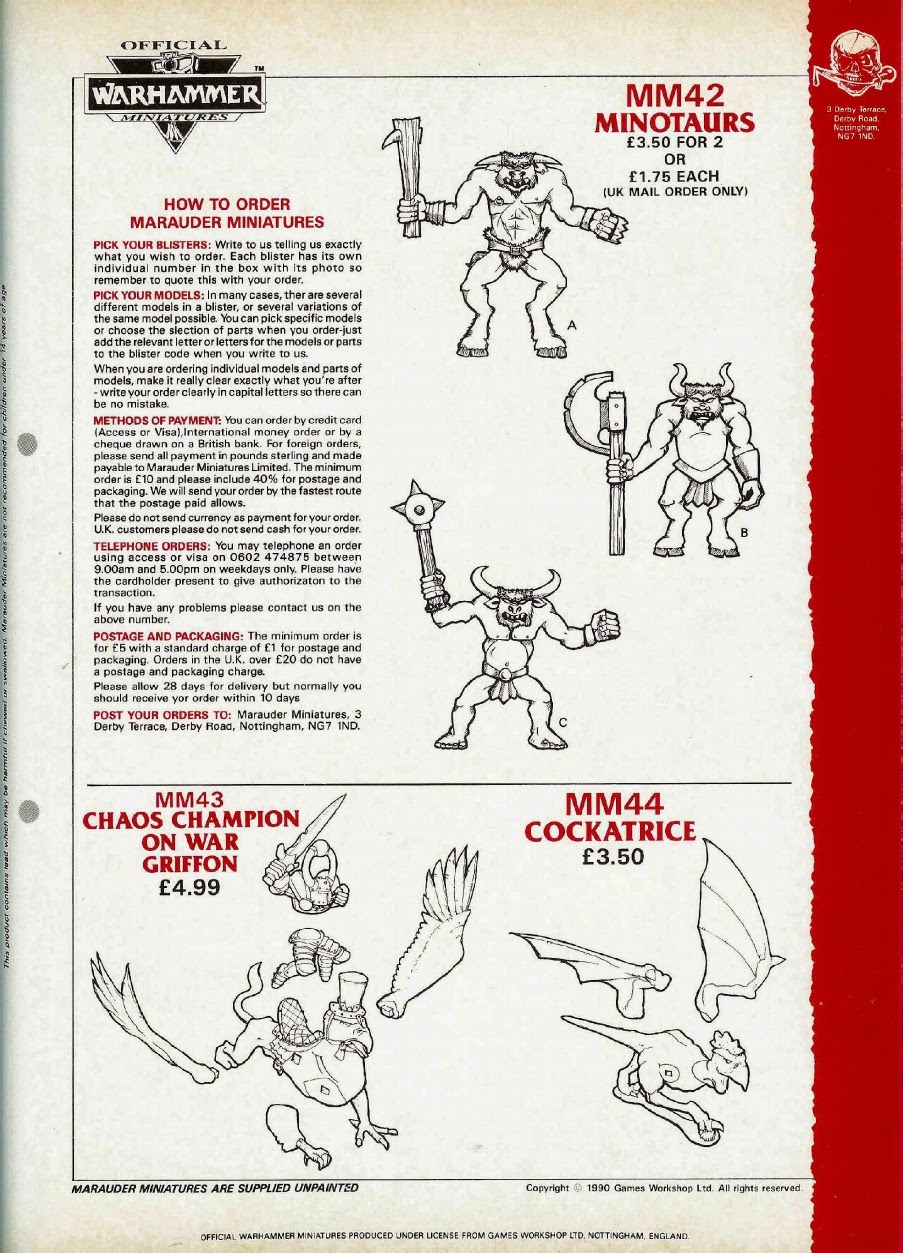 Some nice line drawings accompany the models, and we have another glance at the rather bland Marauder minotaurs. I thought I would include it here for completeness sake.