Acceptable in the 80s: Combat Cards 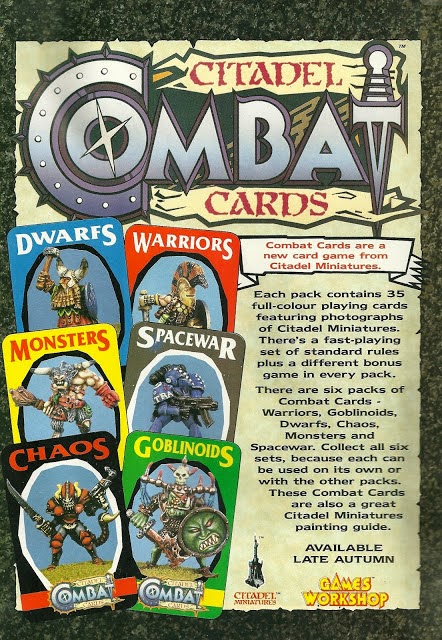 Today I would like to talk about the first Edition of the Combat cards, published in the late '80s. To me, they are a stand up product that remind me of those glorious days of creative invention. Why? I think the answer lies in how cheap they were and how easy they were to move around with. I mean, back in 1988 I was hardly flush with cash, being at school, and £20 for a Big Box game was a big investment. These cards were different and could be picked up for the same amount as you could find down the back of the sofa. Like the Top Trump cards that inspired them, the Combat Cards slipped nicely into a pocket and could be taken anywhere. I can recall games on the school bus, in the back of the car, full scale battles using WFB3 with each card a character. Loads of great memories.

But there was one thing that made these cards stand out to me and my friends then. It is the same thing that makes the cards stand out now. The fantastic selection of old school miniatures that were photographed so nicely by, presumably, Phil Lewis. These cards are a remarkable record of the wonderful models that Citadel produced back then and the bright paint jobs that went with them. Thankfully, we know know that most of the models depicted on the cards are likely to be part of Bryan Ansell's collection but for much of the last twenty years they stood as a marvellous record of a remarkable time in the toy soldier field.

Let's have a closer look at some of the cards themselves. 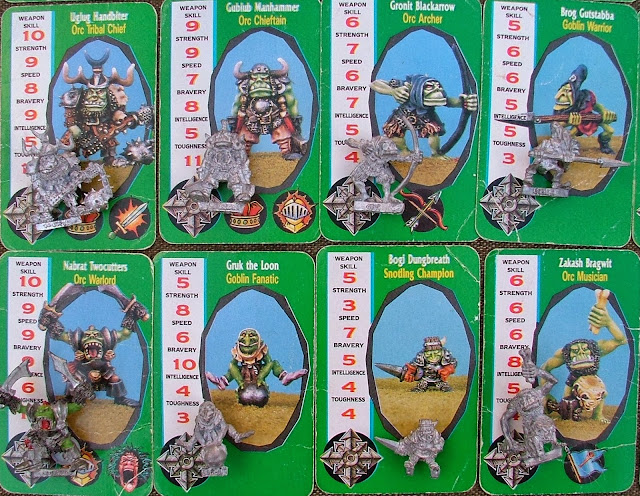 This photograph comes from the blog of Fimm Mc Cool, and is well worth looking at for his work in collecting all the figures that appear on the cards themselves. They show the cards off beautifully in terms of this article. Each card displayed a character, gave their name and rank (if that is the right word), and shared the same values of weapon skill, strength, speed, bravery, intelligence and toughness. There were also a series of strange symbols beneath the photograph that perplexed me to their purpose. All was to be revealled when I bought issue 114 of White Dwarf as the magazine contained an interesting article about how to use your cards for a slightly more complicated game. It was written by Jervis Johnson and is presented below. 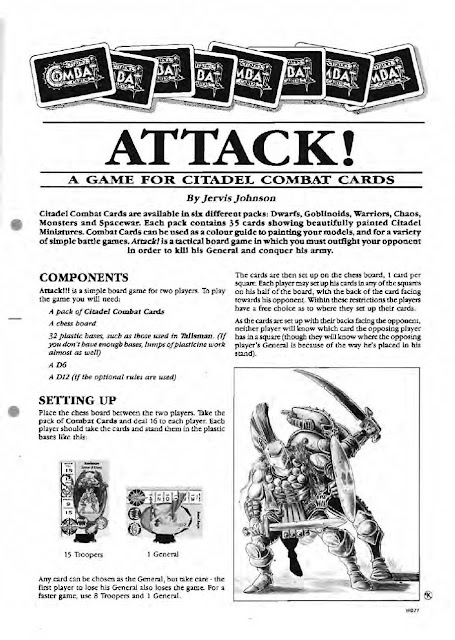 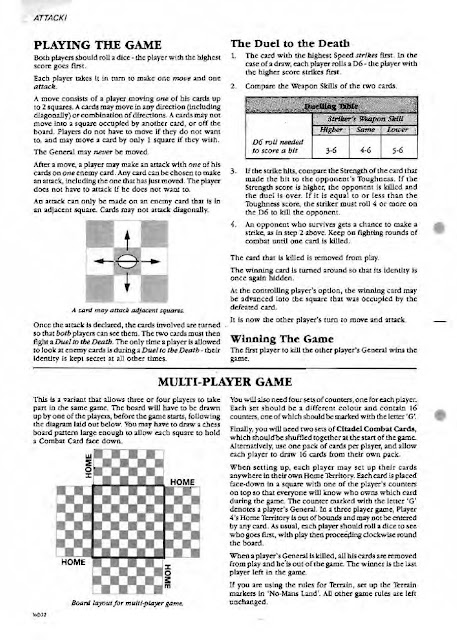 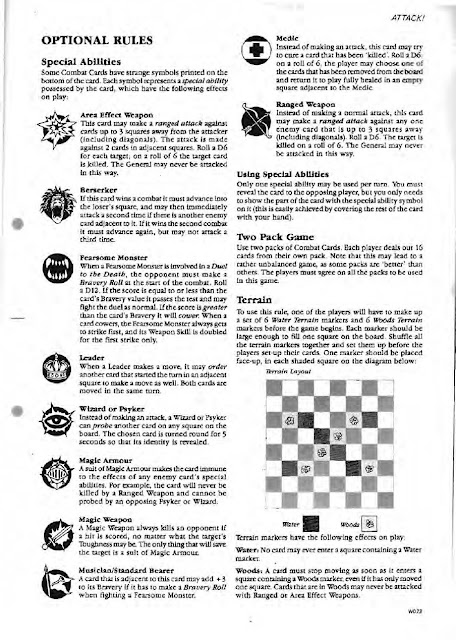 So if you wondered why Nabrat Twocutters had that funny zombie face screaming away at the bottom of the cards? Now you know. To conclude, these cards are very special to me, and I expect the same will be said by other followers of the Oldhammer Community. They show off wonderfully painted and characterful models that just inspire you to paint your copies of these sculpts 'just like that!'. Collecting these cards is easy, and quite cheap too, with plenty of copies available on line. Later in the 1990s, a second run of combat cards were produced, but by then the many of the models GW were putting out had lost much of the zany charm the 80s releases had in abundance. The general design was also not as interesting and, personally, I found the second run quite bland in comparison.

Combat Cards Online. Combat Card megafan, Ben Harrison, has collected together and scanned the full set of the original cards, so if you never seen them, or want a nice stroll down memory lane, I would suggest clicking on the link.

Do you have an opinion on these cards? Are you a fan? Did you play in earnest with your deck on the back of the bus or elsewhere? If so, please share you memories with us here! Additionally, if you were at the Design Studio at the time and can remember any the detail around the creation of these cards, please share those details too!

Right, time to paint my Nabrat just like he is in the picture!

Email ThisBlogThis!Share to TwitterShare to FacebookShare to Pinterest
Labels: Acceptable in the '80s, Combat Cards