The Malignancy of Malal: Hook Horrors by George Fairlamb 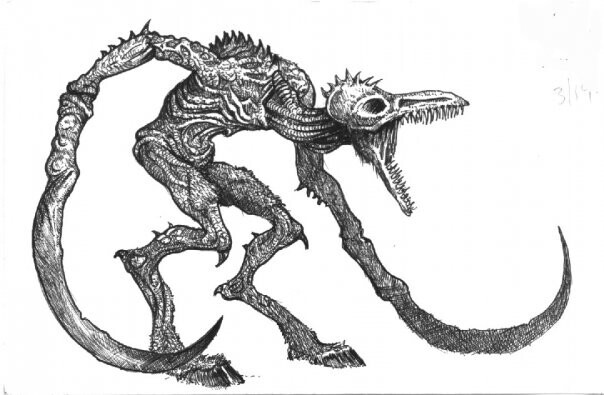 In February of this year, I discussed the work of George Fairlamb and how he had been inspired by the 'lesser daemon of Malal' concept that had been floating around the internet for a while. The concept art was made more readily known by my essay on the subject of Malal, which has become, unsurprisingly, one of the most popular posts I have ever made here at Realm of Chaos 80s. You may remember that George spoke to us here about his attempts at making a sculpt inspired by the unused concept, and the results of this were shared a little later after the main article. I contacted Tony Ackland and shared with him George's creation and the Grand Master of Chaos himself was very impressed with what he saw. 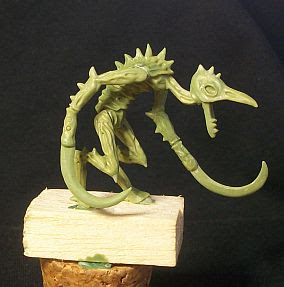 Well, I am very pleased to say that George has managed to get the sculpt into production, and it is available from C P Models! This news has really made my day today, as I loved the interpretation, now named a Hook Horror, and would have appreciated the chance of painting one up in suitably black and white tones. It was a no brainer to order five of these models from the online store straight away, which I have done, and I thought the best way of supporting George's work was to share it with you loyal readers!

Here's the link to the online shop! Scroll down a while and you will spot it!

Now George is a member of the Oldhammer Community on Facebook and he has been a regular poster of his old school inspired sculpts (as can be seen above) and he has a great many other bits and bobs on sale that may well be of interest to readers of this blog.

Here's the link to his Facebook page to check out some of his other models.