Acceptable in the 80s: White Dwarf 97 part one

Long time no see, or so it seems. Welcome back to another edition of 'Acceptable in the 80s', the history of Warhammer Third Edition. Today, we are moving on to a brand new issue of WD, this time number 97.

Have a quick gander at the cover. 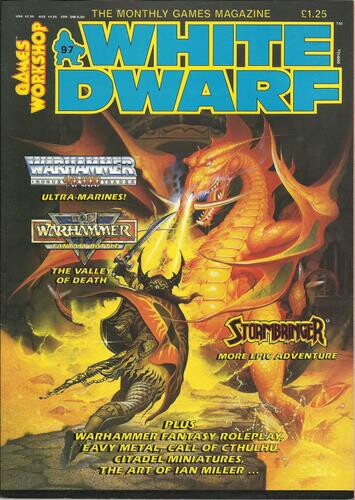 I feel that this issue is an important one for several reasons;
1) It was the first issue where Rogue Trader content outstripped that of fantasy,
2) It saw the only true scenario published for Third Edition
3) The Ultramarines and their background were introduced for the first time.

Obviously, this is not the place for 40k, you can check out my Rogue Trader blog for that analysis but we shall be focusing on that scenario in exhaustive detail in a future post.

The gobbos who guarded Bryan Ansell's cigars must have choked on their mushrooms when this issue was published as there were stunties aplenty for sale in the guise of halflings and dwarfs.

Let us have a look at the miniatures. 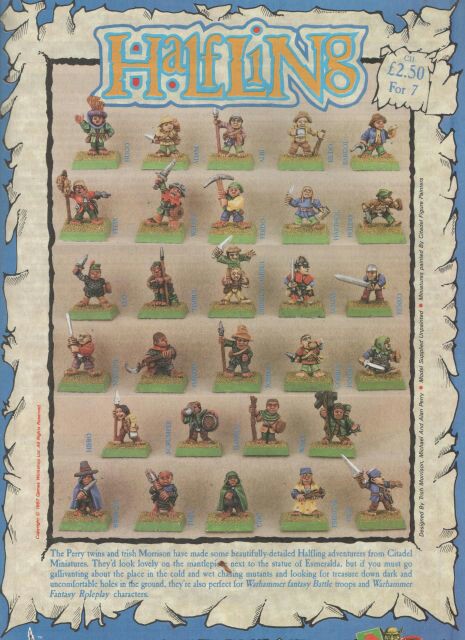 Halflings
Sculpted by the prolific hands of the Perrys and Trish Morrison, this range of heroic hobbits positively drips with humorous character, so no grimdark going on here. As we have come to expect from miniatures of this period, the sculpts are varied and detailed. The little folk are armed with a wide range of weaponry, from forks to improbable two handed blades. There is even a piggy back job, a boozer with a barrel and even a 'lady' armed with a crossbow. I cannot say how frequently these models appear for sale but you don't have be an eBay addict to realise that these amusing and characterful models are going to be well sought after. Just looking at this collection gets the creative juice flowing does it not? These models are just begging to be painted! Dwarfs
And then came the dwarfs, like many of the hobbits before them, plenty of these dwarfs had been released before, but here they were in full colour. Some of these models would later be Norse, Troll Slayers, Giant Slayers and so on (or, indeed, had previously been so). There are also character models that I haven't seen anywhere else, such as assassin, pistolleer and the samurai (which I've seen go for £15 online in the past). Again, like the hobbits these are engaging and exciting sculpts that beg to be painted, ranked and set against a unit of filthy gobbos!

Only a quick stop today, but a few links to other stuff. I have been busy with Dark Future models recently... 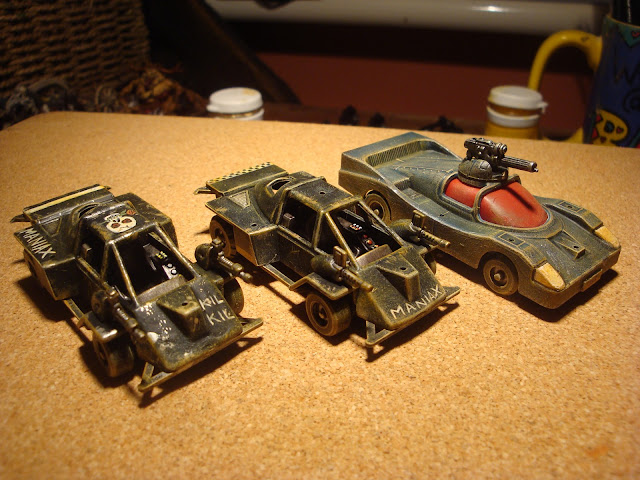