McDeath: Off we go to Glenwoe 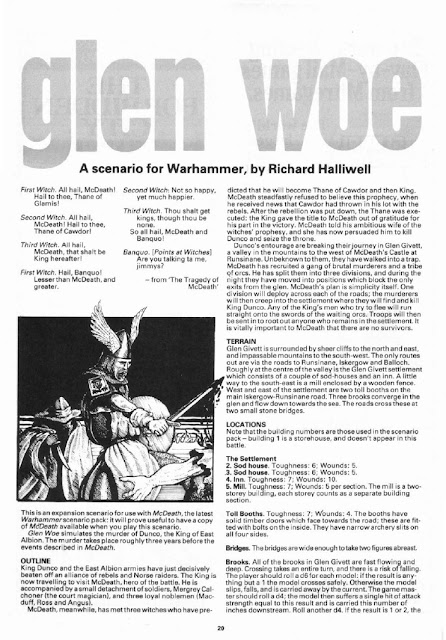 With the arrival, and painting, of McDeath the plans for my project based on his scenario pack can change. Previously, I was all ready for Loch Lorm and had bought up all of the miniatures I required to re-create the game (again, units at half scale) and produce another custom board to play on. I was deliberately working through the parts of the supplement where McDeath was not required - in fact he doesn't appear until the very last game.

Now that he is part of my collection I can consider other options. So instead of going forwards, I am going to go backwards and work on the 'prequel' scenario, Glenwoe. Released in April 1986 and published in White Dwarf 76, Glenwoe tells us the story of McDeath's fall from grace and the his murder of the rightful king - Dunco. 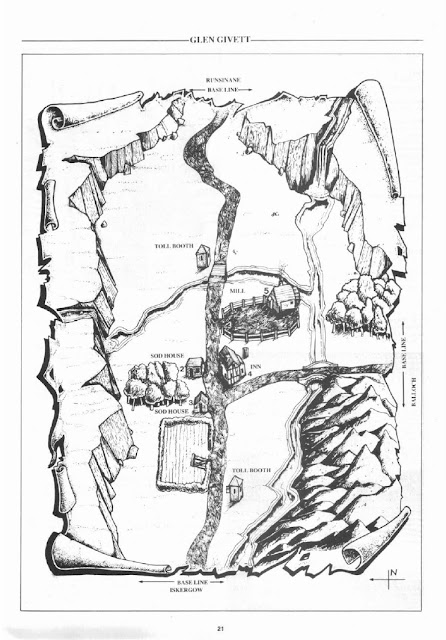 As with Winwood Harbour, the map provided really inspires ideas for gaming tables. Looking at the layout of the buildings and the need for rivers and brooks, this battlefield is going to be much larger than my previous effort and will need a good deal more modelling. Most of the edges need to be impassable so I shall need to think of a way to create high land for a  reasonable price. But that is a long way off, as battlefields are the final part of an ongoing project. Collecting and painting the miniatures must come first! 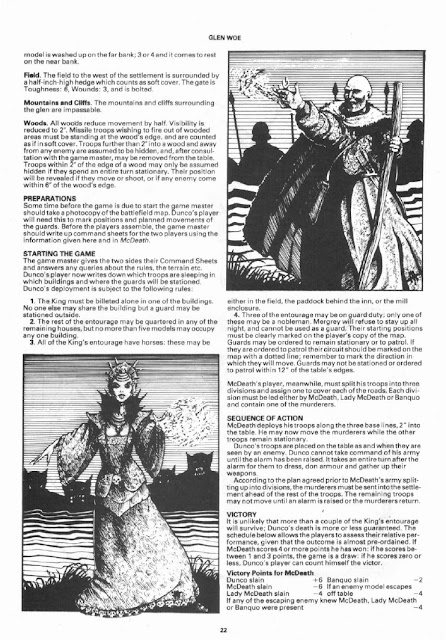 Having a good read through there is clearly plenty of scope to fiddle around with the scenario and include additional victory points. Doing this to Winwood Harbour only improved things in my eyes and added an additional layer of strategy to the proceedings. In my view, these victory points should help guide players into the direction they are going to play in and wildly different ways to build up points can encourage players to do all kinds of amusing and entertaining activities, rather than just slugging things out hand to hand. 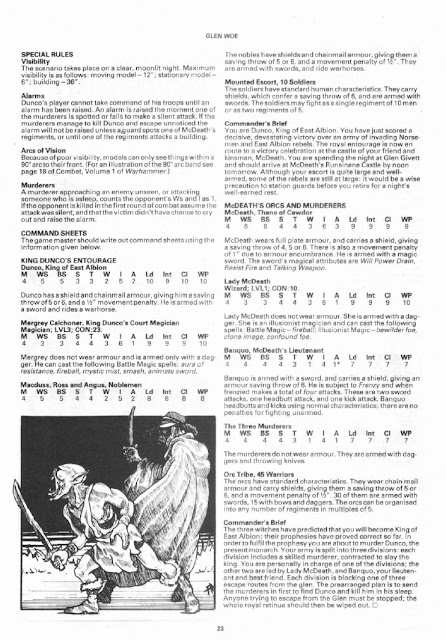 Looking at the forces required (and cutting them roughly in two) means that I need to gather up the following models:


If you read the scenario, you can see that King Dunco and his nobles are supposed to ride warhorses. I am thinking of changing this and keeping them on foot for ease, but we shall see.


As for scenery, I shall need to locate and build two toll booths and the windmill from McDeath itself. I originally built the card buildings as proxies for proper models but I have since fallen in love with the townscape models all over again and plan to keep using them.

Right, I better go on with things, eh?