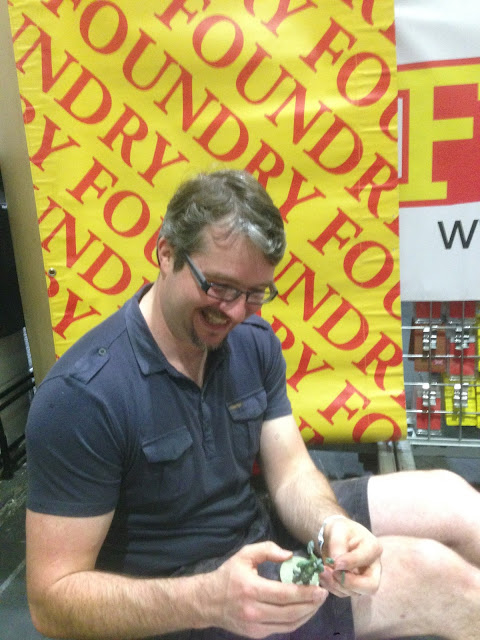 Whenever a miniature range pops into existence (if indeed they can 'pop') and it looks to be of great interest to readers of this blog I like to share the news. If truth be told, I have been sitting on this piece of news for a while. You might remember a while back, I did a fair old bit of work for the Antiquis Malleum range. Sadly, that project has been mothballed but some of the miniatures produced for it have made their way back to us through another, unrelated, project.

I met up with Tim Prow at Salute in April to have a look at the concepts behind this new project and was lucky enough to have a look at a lot of the greens in person. Since then, DIEHARD have created a Facebook page to keep wargamers interested in the project up to date and appeared on Beasts of War!

If asked to explain the whole project, Tim goes into full business mode and has this to say:

TP: I guess it’s time we introduced ourselves and gave a brief background of our aims.


There are three sculptors and a great artist. The sculptors are myself, Chaz Elliott and Drew Williams, and the artist is Richard Luong (most recently known for his awesome work on Cthulhu Wars).
We are Diehard Miniatures.
Our aim is to give you high quality sculpts with more than a nod to the past. I have hundreds of old metal based figures, I love them for what they mean to me, and for reminding me of when I first got into gaming. Looking at them now and comparing them to modern figures, well let’s just say skills and techniques have come a long way. We would like to bring out a range of figures merging the old feel with the new look.
More information will be forth coming in the following months leading to our KS launch towards the end of Autumn.

If pressed on the scale of the miniatures, Tim goes on to say:

TP: These will be 28-30mm scale figures. All the humanoids are between 28mm to 32mm (Eru-Kin starting at 28mm and Orcs at the top end at 32mm). Next size up are the snakemen at 40mm, they are slightly larger creatures and do 40mm well. Next are the ogre sized monsters they are roughly 50mm tall (Troglodyte, Troll, and Chaos Ogre as examples). Gnomes are 20mm, Dwarf and Goblins 25mm. 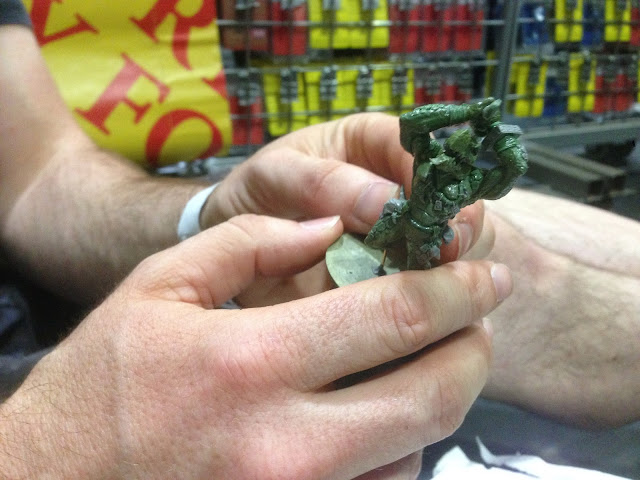 As you will now be aware, this isn't a small scale project. There are plans for a great number of different fantasy races from gigantic trolls to tiny gnomes. The DIEHARD boys hope to have the crowdfunder live in the Autumn, with October being the most likely start date.

Let's get one thing clear though, this is a project being handled by professionals with many, many years experience in the toy soldier business. The plan is to produce a large number of sculpts first and get them cast up before any Kickstarter begins. Depending on how the crowdfund goes, there may be additional sculpts produced and cast up as stretch goals. I can tell you that the first batch of castings will be with the team in mid to late July.

So you need to have no worries about delivery dates if you do choose to support this project.

Realm of Chaos 80s will be following the project in great detail in the coming months and I hope to be able to bring you a fair bit of detail about each faction. To begin with, we shall have a look at the 'frogmen' of the project: The Eru-Kin.

I spoke to Tim about the proposed background to these models.
TP: Eru-Kin, the forgotten, the rejected, the lost tribe.
A brief background: Eru-Kin are the stranded race of a space faring empire. Eru-Kin consist of the ‘Pure Bloods/Pure Born’ (nobles and the elite, still armoured to a certain extent with space gear, none of the space tech still works but semi full suits remain, these are patched up and prized amongst the highest ranks for its status), perhaps only 10% still remain of these the original survivors that crash landed on the planet, they still remember the old ways, but their tech has failed them, and they have come to the conclusion that they are stranded, and must make the best of a bad situation. The ‘Tech Mage’ derive from the Engineers of their space brethren. Smarter and more industrious than the nobles, the Techs forge the new world armour and weapons, also using their gene tech knowledge to breed adapted species to their allotted jobs.

‘The Breed’ are the Eru-Kin that have been born since their exile, armoured by their masters the Pure Born, they wear whatever scraps of old tech they can find, plus what their forge masters can construct from the raw materials of their new home.

'The Trog’s’ (Troglodytes) are originally of a breed of medium sized lizard men, through selective breeding the Eru-Kin have bred a stronger, larger, more aggressive creature, hardly recognisable from their original form. The brutes wear basic armour and charms given to them by the overlord masters. Weapons are larger cruder versions of the Eru-Kins.
Funding goal level figures.
1 Yaotl, Eru-Kin Warrior 28-29mm
2 Meztli, Eru-Kin Tech Mage 28-29mm
3 Krug, Troglodyte 50mm

I will leave you with a gallery of the Eru-Kin models we have discussed so far. These have been posted around Facebook for sometime, but of you are not a regular user of Social Media you may not have yet had a chance to see them. 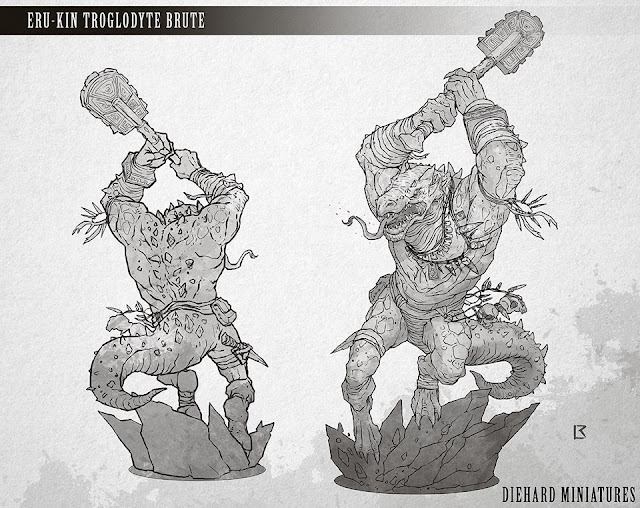 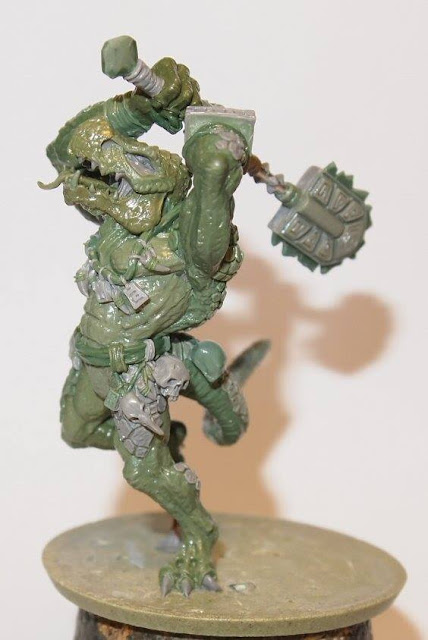 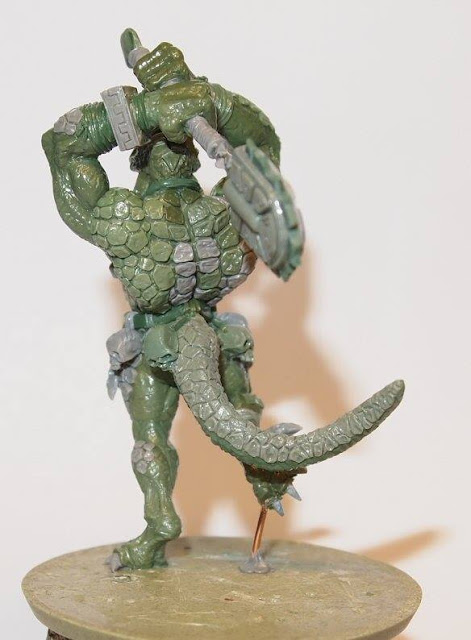 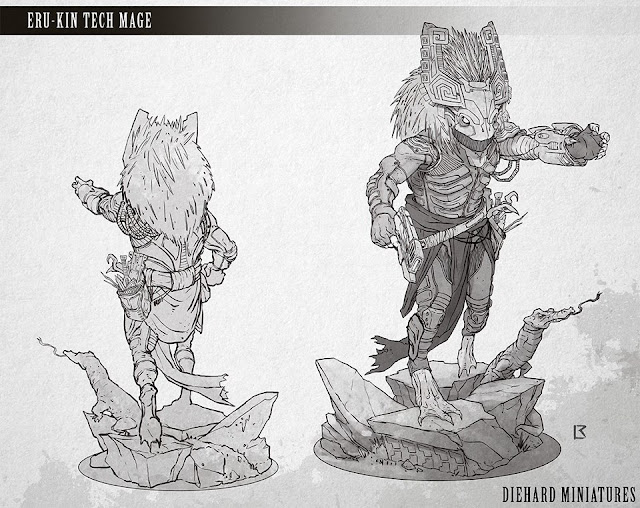 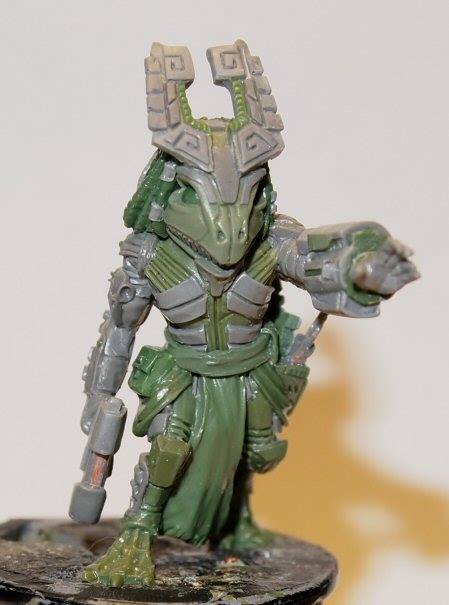 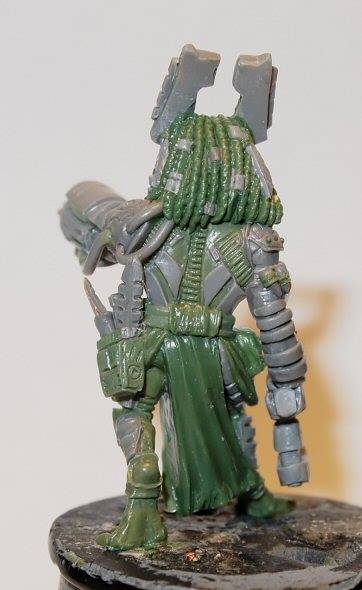 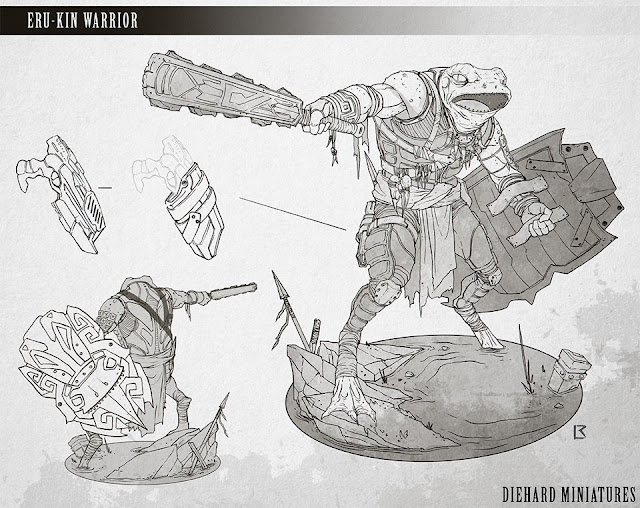 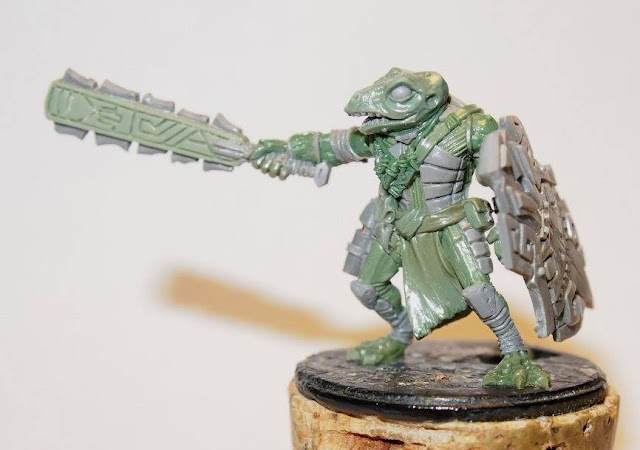 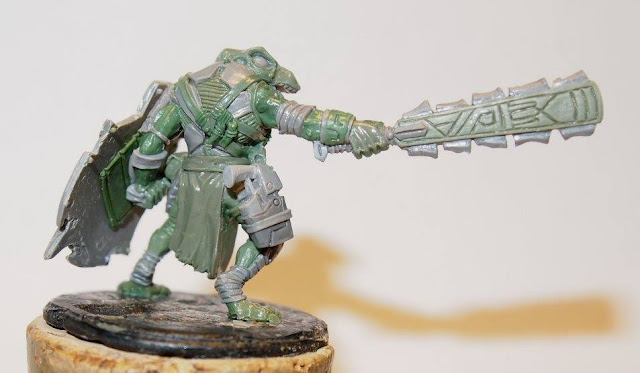