As many of you will know, I am primarily a chaos man. Old school Citadel from about '85 to about '90 being my preferred models to paint. That was until I actually painted up an army. As anyone who paints armies to a high standard, and by that I mean a high standard personally, things can get a bit relentless. Last year, I created a Khorne Army where every model was different but I still felt the strain of painting models in similar styles and colour schemes.

It wasn't until I started my Warhammer Bestiary project did I realise how much more stimulating and exciting painting a far wider range of models actually is. Especially if you begin work on models that you have never attempted before or even considered painting at all!

Yesterday, I was clearing through some old boxes when I found this model. He came from a trade that went wrong as he arrived in my possession very damaged by the postal service. The axe was bent and the arm snapped off. So, I had discarded him as he was not a figure I expected to need any time soon (or indeed ever). But something about him stirred my creative spirit so with the help of a little brass rod and a bit of greenstuff I repaired him. Blasting him for an hour or so under the lamp saw the greenstuff cured sufficiently for me to begin work. 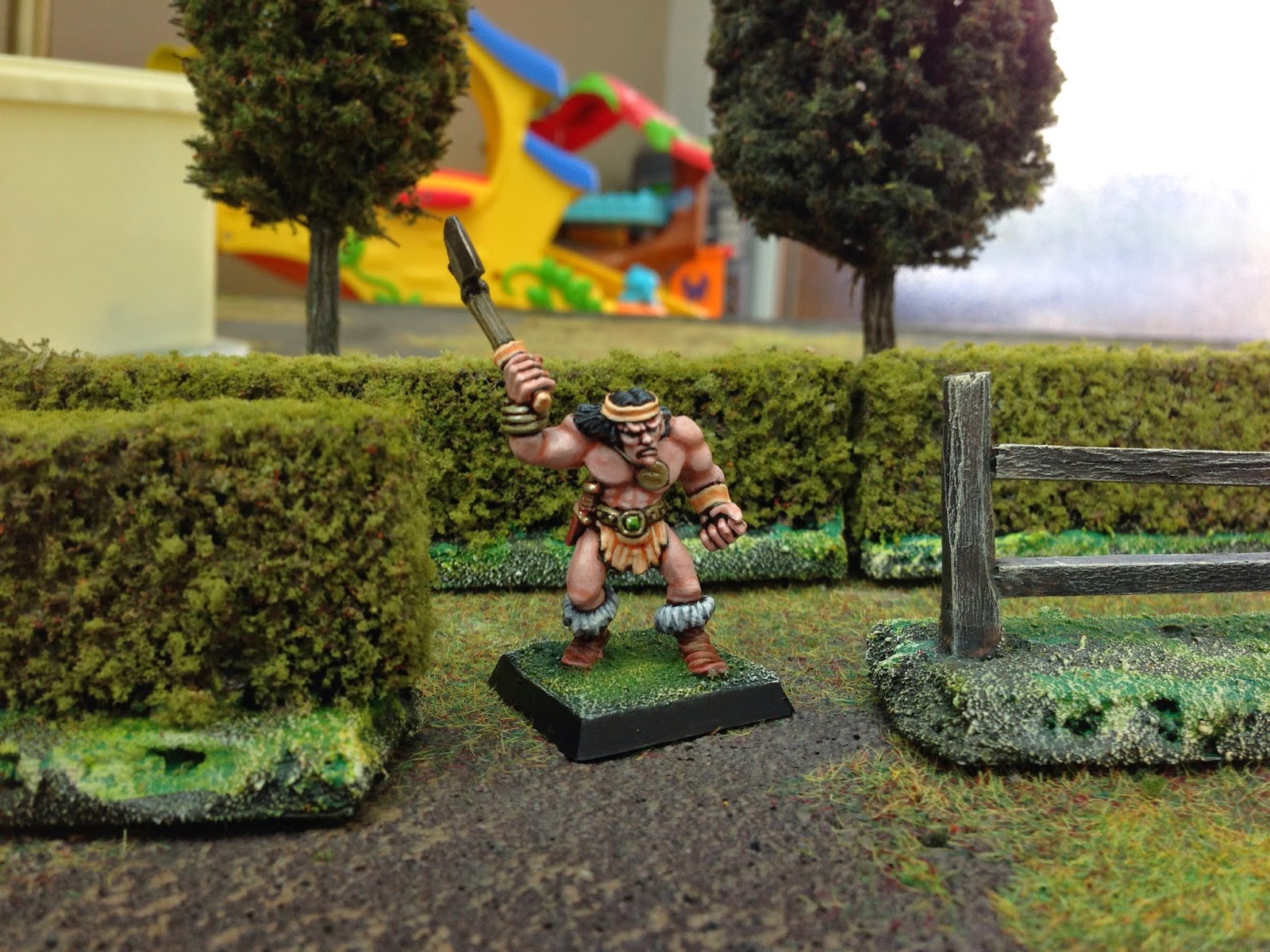 The model reminds me of Conan. By this I mean the proper one, written by Robert E Howard and illustrated by Frank Frazetta. That archetype was undoubtably in the mind of whoever sculpted this model back in the 1980s. He also made me think of the old Heroquest barbarian with whom I had had so many adventures as a youngster. Inspired by these thoughts, and the paint schemes from the Heroquest era, I set about doing him a good service with the hairy wand. I was keen to work on flesh painting and the blending required to get the look right. So after some consultation of Mike McVey's old '80s work, I set off and after a couple of pleasant hours he was finished and based. 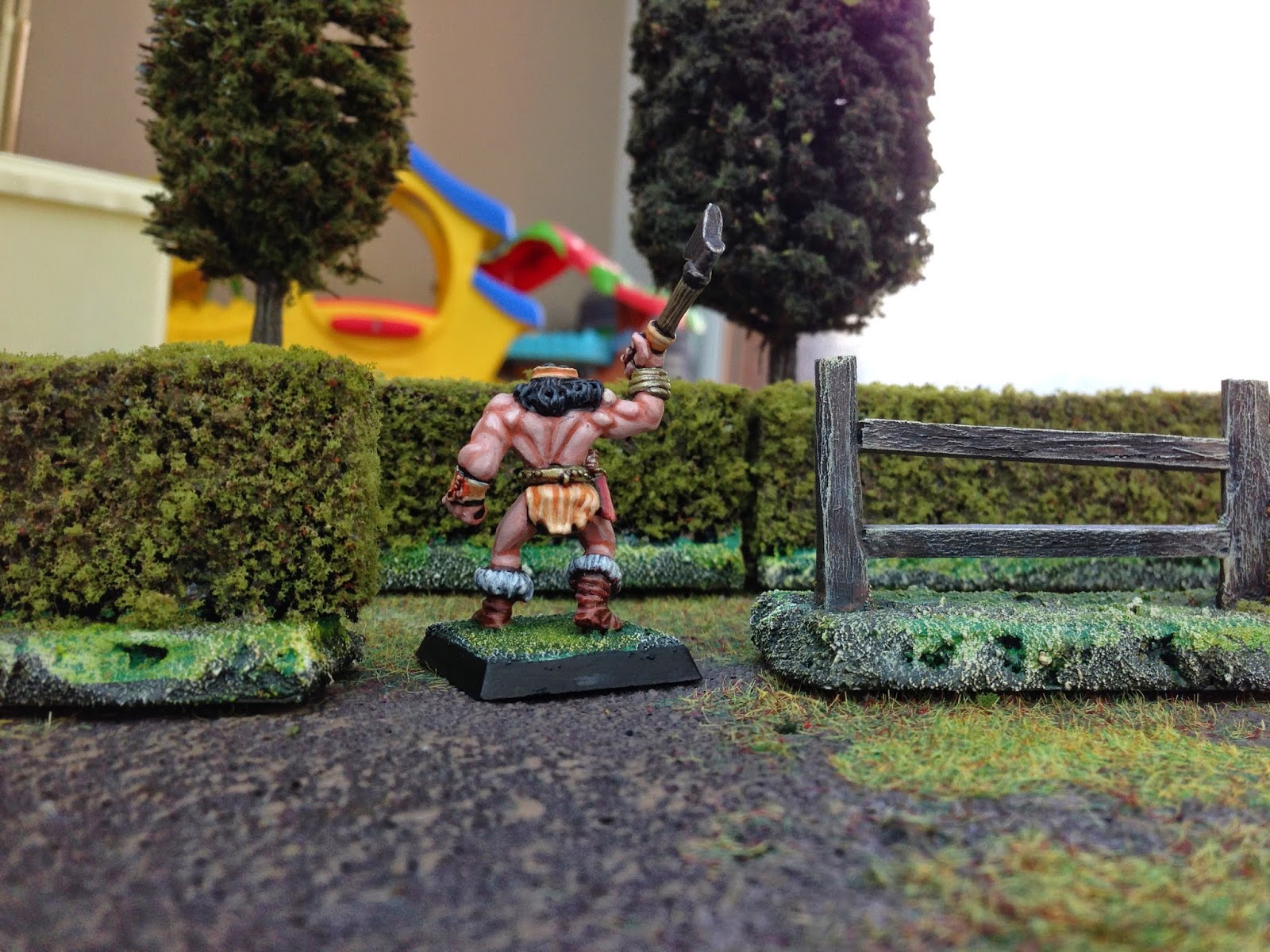 Though the belt was slightly miscast and obviously supposed to be leather, I painted its as a golden girdle complete with gigantic emerald jewel. The size of this model makes me think he represents a barbarian of considerable prowess so would be entitled to a precious stone or two. 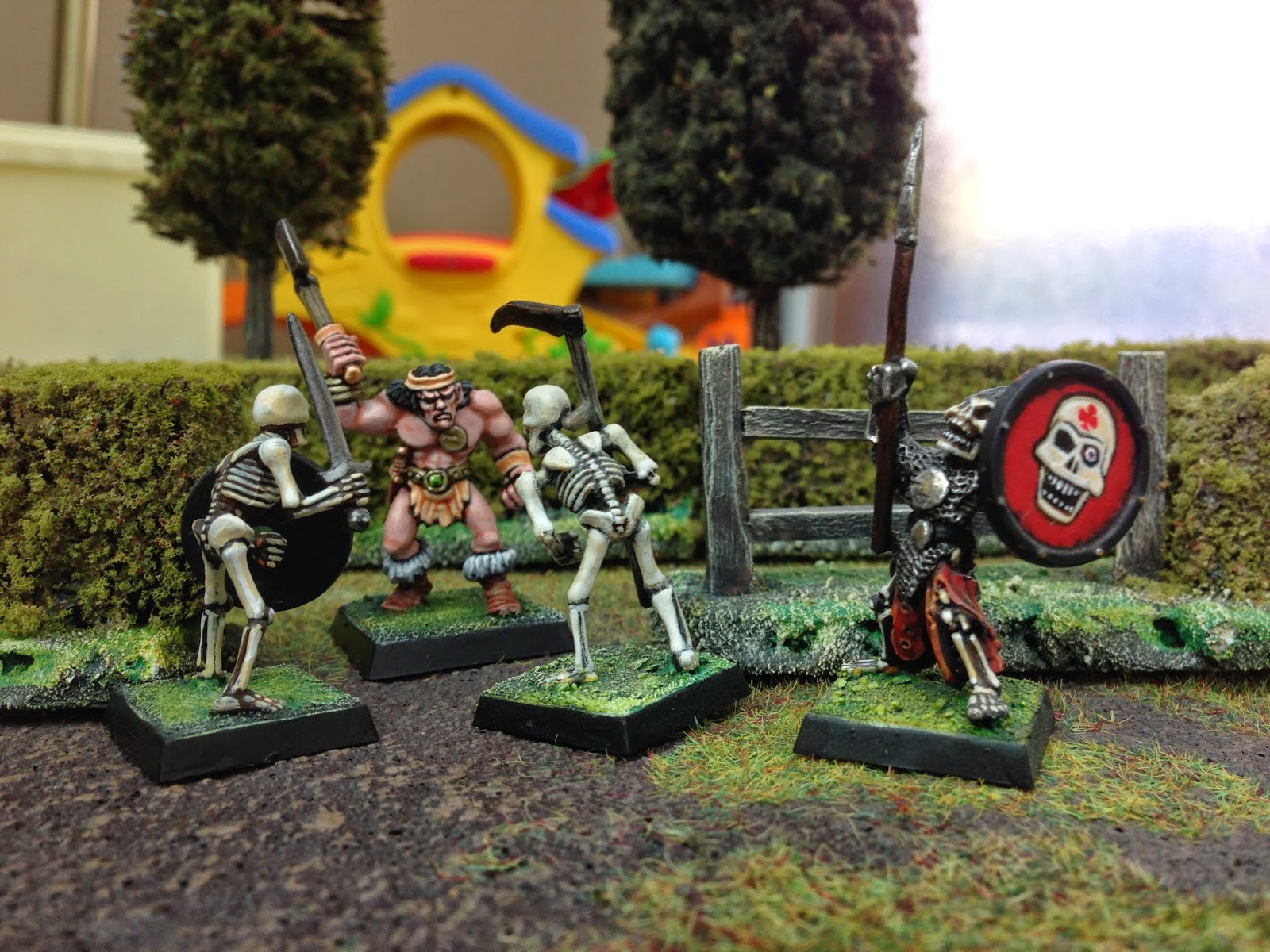 No doubt, this barbarian chap could easily dispatch multiple enemies with that repaired axe without even breaking out in a sweat. So I depicted him battling a number of skeletons when I was taking the pictures of the completed model. Proper old school don't you think? 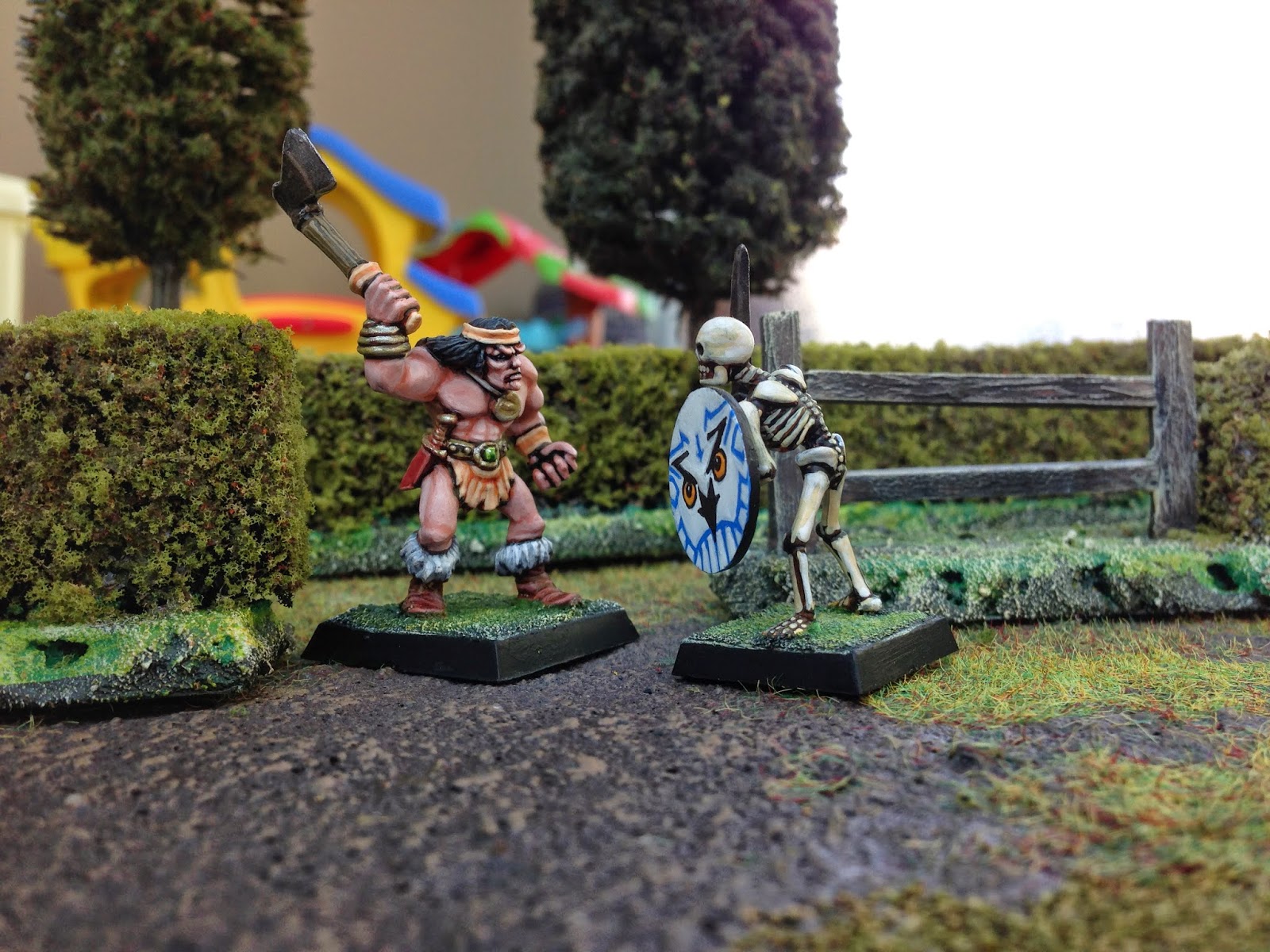 But in reflection, I realised that if it wasn't for a whim I would probably never painted this model or enjoyed the process quite so much. After a quick rummage in the collection, I discovered enough models to do a small sized raiding party of barbarians that would prove quite useful for the narrative games that I enjoy.

So my challenge for you in the coming days is thus. Go back to the leadpile, pluck forth a miniature that you would never have considered painting before and get on with it. Try out colours that you wouldn't usually use, dabble with a techniques that you feel need work or that you want to show off and really enjoy the process of painting for its sake alone.