Apps aren't always the easiest way to communicate. I fancied trying out the Blogger app available on the iTunes app network on the wife's iPad. I wrote out a long and detailed post about the releases below. It was erudite, amusing and informative. Sadly, it didn't save as the app is poor at best so you will have to put up with this far inferior re-write I am afraid.

As you may know, we have been exploring what Citadel put out for Warhammer Third Edition through issues 104, 105 and 106 of White Dwarf. In truth, these three issues are of great importance to fans of the era because they saw the release of two very important supplements, namely Slaves to Darkness and Warhammer Armies. They also contained a wealth of fantasy models, mostly chaos, but there were also a number of ads for further Iron Claw miniatures, sculpted by Bob Olley.

Now we have discussed Olley's work before. Though we neglected to discuss his goblin range, focusing on his Gothic Dwarfs and Undead models of 1987. 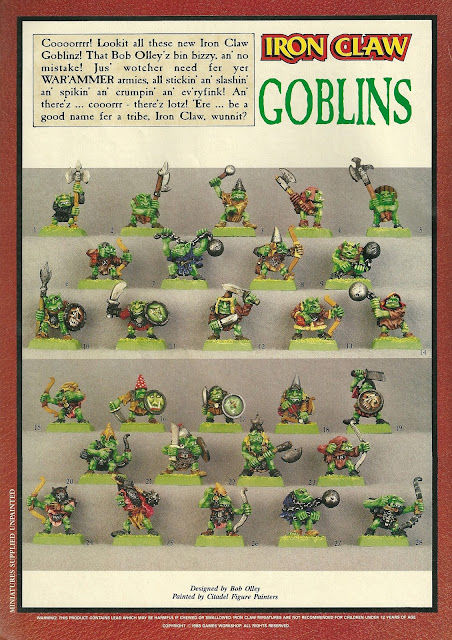 His work is best described as the 'Marmite' of miniatures (those of you not an Anglophile or resident here in the UK need to know that Marmite is a vegetable starch product used on bread and toast- its distinctive taste divides opinion, people either love it or hate it, a view not lost of the manufacturers) with collectors and old school gamers either raving madly with frothy lips about his work or casting their eyes away in disgust as soon as one of his strangely fungoid models appears in front of them. Back in the day, I did not like his work at all. But as I have become used to handling more models as I grew older, I learnt to really appreciate his distinctive and original style, especially in today's market of near generic sculpting.

Olley's goblins are fun and varied. They have the sense of depth and realism that most of his work shares. The models in this selection contain a wide range of suitable weapons, from spears and axes to the iconic ball and chain. The clothes too are suitably goblinoid, and a special mention must got to the wonderful mushroom (or should that be toadstool?) inspired hat! Less sneaky than Kevin Adam's work, these sculpts don't lack charm however. These greenskins seem to have a rather cowardly menace to them (if such an oxymoron is possible) but they rank up nicely alongside their Citadel brethren, indeed they were later incorporated into the line when Iron Claw was dropped.

Of special note here are the shields. There are some lovely designs here for any old school style painter who wants to begin work of developing a free hand style. Not as complex as the shields of Blanche or Dixon, these examples are no less than effective. 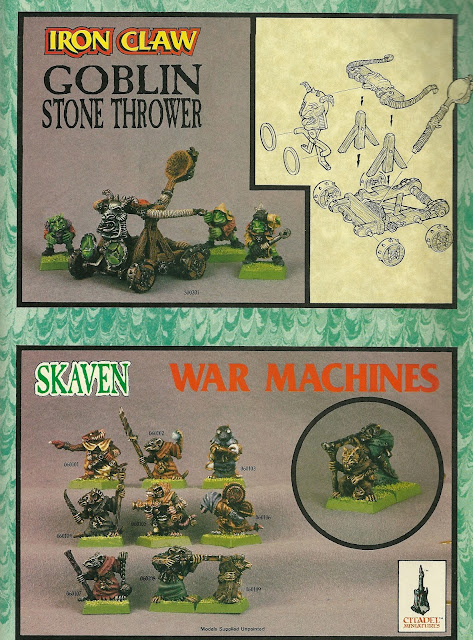 The stone thrower released as part of the Iron Claw range has been discussed before. Though I doubt many enthusiasts have had the chance to read the fluff that was published for it, nor have a quick gander at the Warhammer Armies rules box so it has been presented for you below.

However, we haven't talked about the skaven models in the lower part of the colour ad. These expand on the models released in 1985 with some additional models. Now, these are not really War Machines are they? More gun powder and chemical based weapons. All are worth collecting, and in my view, these models remain the best ratmen the Citadel have ever produced. The skaven Jessail is worth a particular mention as these models are quite collectable. 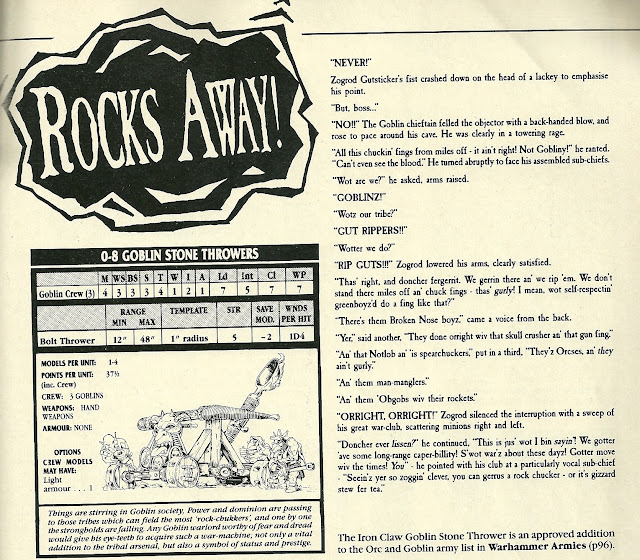 Before I sign off, I thought I would share with you these two ads. Both are a sign of what is to come on this blog, as both releases are worth posts dedicated to them, namely the Citadel Combat Cards and Warhammer Townscape. 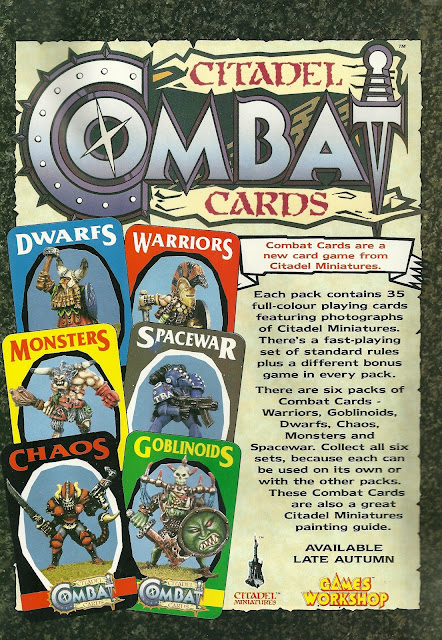 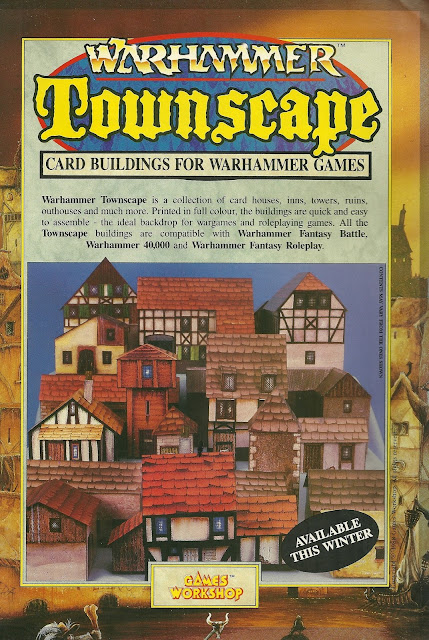 As always, if you have a memory or an opinion to share about anything discussed today, please do.