Where are they now? Old School Cover Paintings 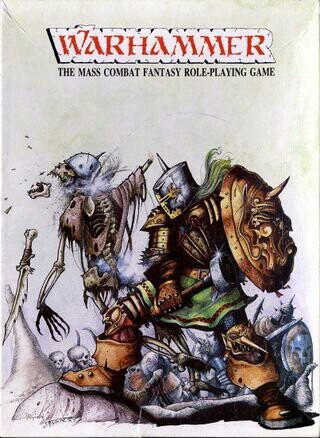 I found myself re-reading the Wargames Illustrated interview with Bryan Ansell recently, and dwelling on Steve Casey's photographs of the great man's miniature collection. The general consensus online is pleasant relief that so many of the 80s models that we know and love still exist. And that many of us are very excited about actually seeing them at some point in the future.

In doing so, I was reminded that the cover of the first edition of Warhammer, the actual painting that is, resides in a toilet in Stoke Hall - Bryan's home. This got me wondering about the cover paintings from other notable publications of the 80s and early 90s. Where are they now?

There are some obvious answers to some of these questions. I can infer that the covers to the two Realm of Chaos books are still at GW Lenton, as the art is still used on their products, the cover to The Lost and the Damned being used for The Palace of the Plague Lord for example.

But what of others? 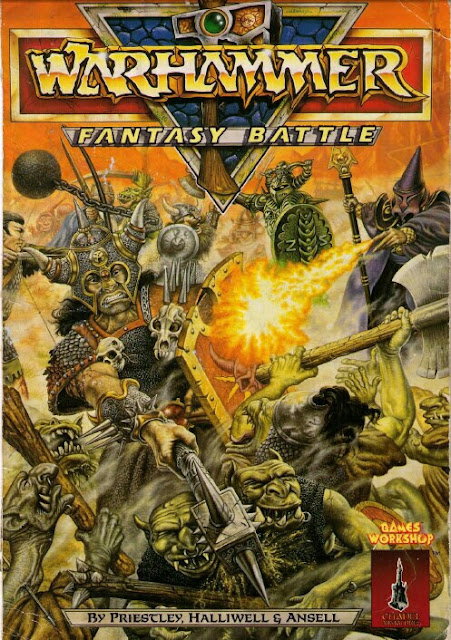 Where is the cover to WFB3 itself? 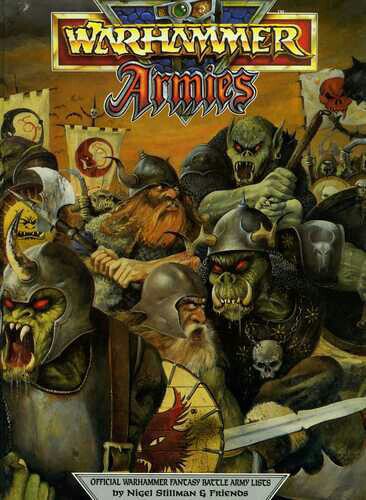 Or Warhammer Armies for that matter? 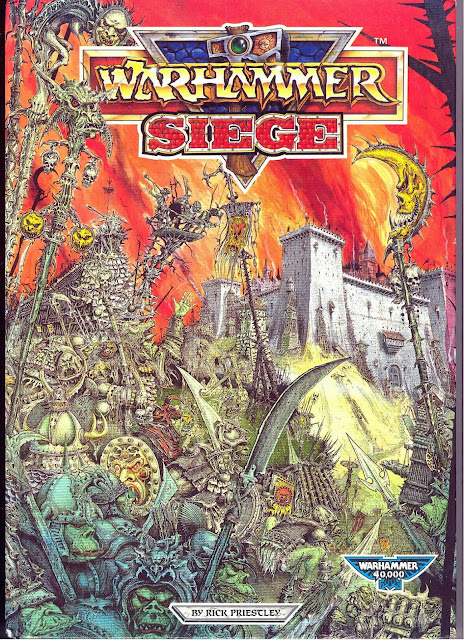 Unlike the covers to the Chaos books, I have not seen these covers used for anything else.  So where are they? Destroyed? Back with the artists? Sold to collectors? And what of other covers? Heroquest? Bloodbowl? Skeleton Army?

Now I know that this blog has a large lurking readership. Nearly 80,000 page views in the last few months is a lot of mouseclicks, or tablet taps... I also know that many Veterans of Citadel/GW also mooch around here. Some of you must know something about the locations, or indeed fates, of famous cover paintings from this era.

So come on, spill the beans..!

Email ThisBlogThis!Share to TwitterShare to FacebookShare to Pinterest
Labels: Where are they now?