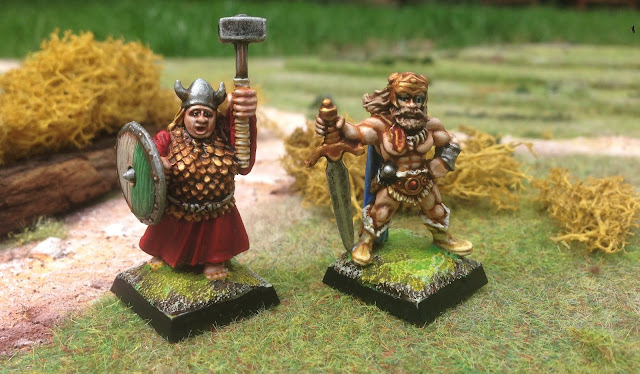 I have managed to finish off two more of the new ex-Citadel Foundry barbarians today. They sat on my desk for a while awaiting basing and I finally found the time to complete and photograph them this afternoon.

As regular readers will know, I have a fairly speedy style and painted these two figures in about two and half hours. The female warrior represents my former style of painting. White undercoat, block colours followed by brown and black ink washes to create depth. Drybrushing (for metals) and layering (adding boneyard to create highlights) for each colour tone.

The second figure was painted with the Foundry Triad system, with additional highlights created by the boneyard shade as previously. I found using paint in this way increased the 'popping' effect that so many wargames players appreciate on figures painted for table. 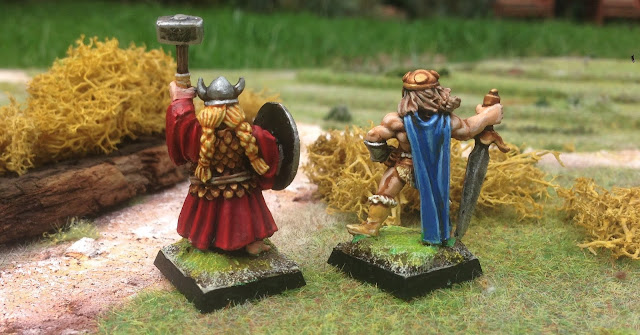 Comparing the two figures, I can see that the fabrics have a richer tone (just look at that blue) and the gold a more buttery, natural look than previously. Finishing the model also took a lot less time (thanks to the paints all being ready to go, so to speak) than the female figure.

Food for thought as I tackle the first of the new (old) Fighters Foundry re-released alongside these. And before I go, here is a better shot of all my painted barbarians so far! 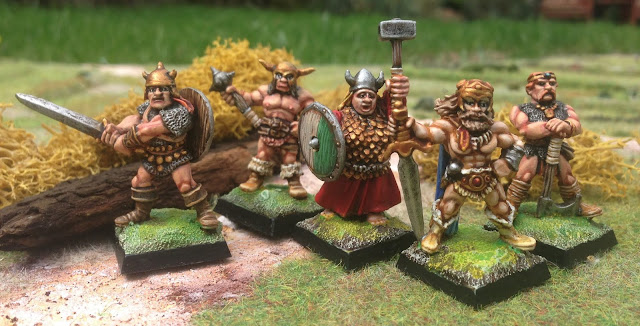