The Seven 'Leadly' Sins: Or how I became a Lazy Gamer! Confession time, I think I have become a lazy gamer. Bloated, stale and decaying at an alarming rate. You may be wondering why I would make such an announcement so let me explain my thinking in the simplest terms.

Where once I'd trawl the internet for any scrap of information about 1980s Warhammer, or Games Workshop in general, now I let it ooze tardily onto my tablet, phone or computer. There is just so much content out there in 2017, more than I would have ever dreamt possible way back in 2010, that with zero effort, my social media feed can be packed with old school warhammery stuff. Working with others, I have created and contributed to many social media groups with the Oldhammer banner and watched as the users of many of these groups stretch into the thousands.

It's just so easy to contact another like-minded individual that I have been taking it for granted. The trading groups allow me to circumnavigate eBay and avoid the scalpers and the comedic BIN merchants who ask extraordinate sums for pretty standard models. Thus, I sit upon a mountain of lead - so much so that I have forgotten what I actually have and now purchase duplicates of models I must have held in storage for years. But do I paint any of it?

In the past, I would spend my free hours writing (what I thought to be, anyway) interesting posts about my chosen period of GW history, interviewing alumni and waxing lyrical about other Oldhammerers and their fantastically painted old school models.

Now what do I do? Scroll a backlit screen with a grubby thumb like any number of zombified individuals, letting a (to be honest) pretty banal tide of fake hobby news, tirades and hypocritical utterances wash over me.

These wasted waters have nearly bleached my hobby will to nonexistence.

And to make matters worse, I contribute to that spreading morass of digital dross instead of getting off my backside and cracking on with some hobby. The more I selfishly consume, the more uninspired I become until that hobby spark, that love for old school Citadel and it's Warhammer World fades to an exhausted ember. Looking over my hobby life, I have identified seven 'Leadly' sins that I am guilty of committing in recent times. In sharing my shame I hope to cleanse my hobby soul in the purifying fire of righteousness (of the 979-92 variety, at least). So, in now particular order - here we go!

1) Sharing 'look what I have got' bragging posts 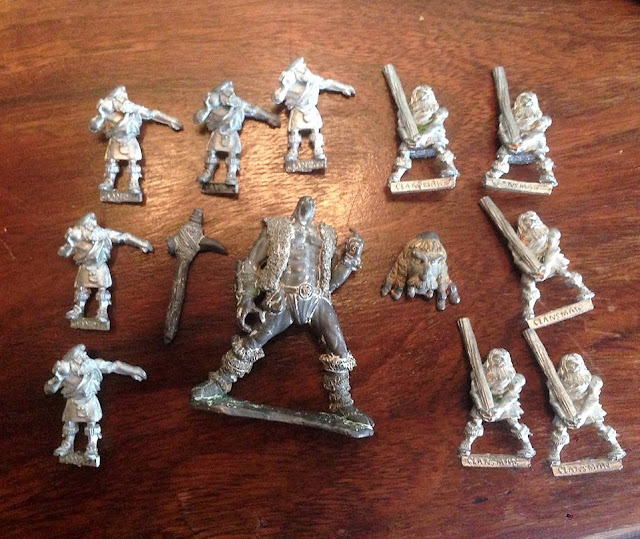 I have posted one too many of these over the years. Dead lead - unloved and unpainted is of little interest to me (and I must admit to complaining hypocritically about this trend in the past) and must be an equal annoyance to other social media users. Yes, I bought some old figures. Big deal. I bought some old figures last week and no doubt I shall buy some more in the near future. It doesn't really require posting about, does it? I could spread out all my '80s hardbacks on the carpet too, couldn't I? Oh yes, that is what readers what to see and nice spread of Realm of Chaos books and other rare Warhammer publications. What a waste of time! I am very guilty of this and it must stop!

As above, an utter utter self indulgent exercise sure to bore the hind teeth of any discerning enthusiast. Why did I do it? Probably because these are desirable models in many ways and I picked them up cheap somewhere. Whoopy-do! How can my purchases be of any interest to the common man? Now, if I pulled my finger out and got some of these models painted things would improve rapidly - only I don't because I am too busy taking stupid photographs such as this one!

3) Being too absorbed in my own collecting 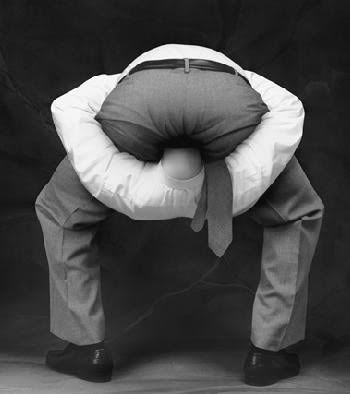 Looking back, I am not sure when I disappeared up my own backside but I am sure it was around the time Blogger updated itself and I was confronted with my own dashboard everytime I logged on. Gone was the lovely stream of other people's blogs and all their hobby glory. Vanished was the work of Chico, or Blue in VT, or Thantsants or big Erny - the very guys who inspired me to start with! Instead, I became focussed on the comments made on my posts instead of actually commenting on other people's stuff. I lived, as some say, in a foolish bubble or boringness. Well no more! I have deleted the offending bookmark and will now enter the blogosphere through the inspiring light of other Oldhammerer's achievements!

4) Buying up hordes of figures and then storing them away 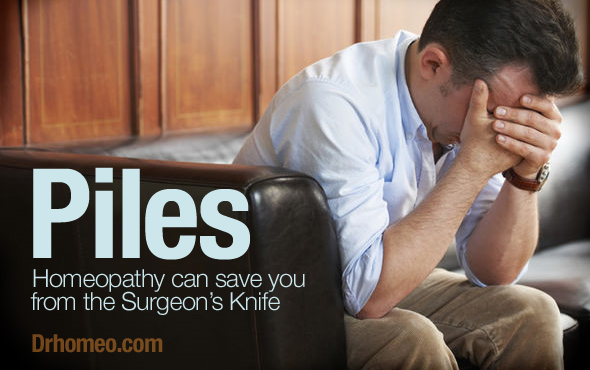 Having piles is a serious problem, I know because I have had them, but instead of treating my pile of lead in a sensible way, I merely add to the never ending mount of wasted opportunity that sits below me as I type. Again, I strike forth with the gauntlet and say 'no more!' If I wish to make any more purchases they must be painted straight away and not be cast, forgotten in to the Mahogany Pit (my bureau's copious storage space).

5) Obsessing over the acquisition of certain models

Is it really a good use of my time to pour hours of fruitless searching online to find random figures that I have felt that I JUST had to own? Could I not be spending my hobby hours on something more rewarding that scrolling through reams of ridiculously priced lead men who will only join the ever expanding pile of unpainted metal that hangs like a millstone from around my neck? How about bloody well painting some of the models in the c46 set that you do own!!

6) Not organising enough meet ups or games with fellow Oldhammerers 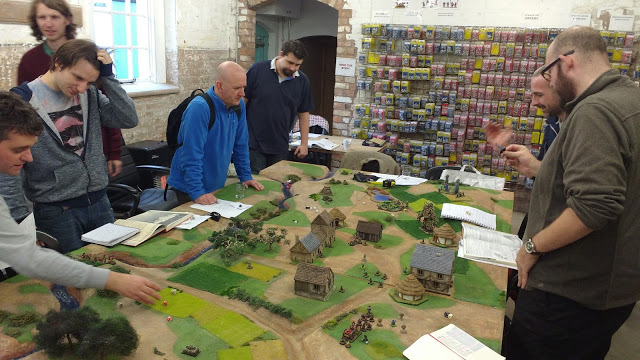 In case you wanted to spout that ever-green question of 'what is Oldhammer?' then look no further. It is not an edition of rules, or a time scale (though original Citadel models and Warhammer 2nd or 3rd edition will really help) but it is an attitude. One of gentlemanly co-operation and appreciation of the little lead man (or dragon). That brotherhood of noble spirit is best summed up with this photograph. See those chaps there? Great guys all! Some why don't I spend more time rolling dice with them?

(Probably sin 3 if I am being honest!) 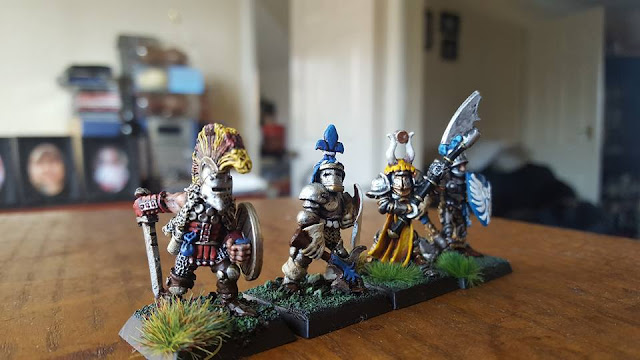 Despite consuming more Old School Citadel material than ever in my lifetime I rarely ever give anything back. I have just bee too lazy, scrolling through the social media feed like a modern day Mr. Creosote with my thumb of sloth! When instead, I should have been congratulating others in their endeavours and being inspired in turn. I mean, just look at these lovely old models painted so in keeping with the age of the '80s. And have I congratulated the enthusiast who produced these? Of course not, I just consumed his hard work and scrolled on.

Oh, and these marvellous figures are by one Nick Manse by the way. And quite excellent a job he has done with them too!


Well, if you are reading this I guess that you made it to the end of my little diatribe. I apologise for the ranting but oddly, I now feel better. More energised, as if the hobby spark shorn of negativity can once again kindle a blaze to be proud of. But what should me next step be? Hmmm - definitely towards that long ignored pile of lead in the corner of the palour room. I know, I shall thrust my hand deep into the hoard and pull forth a miniature that I shall try and paint to the highest of my ability. Forget all that 'speed painting' malarky for a moment (it has it's place) and batch painting of epic space marines. I need to return to the first timid footsteps I took on my Oldhammer journey. I must rediscover the excitement and commitment that this hobby needs with a Realm of Chaos figure from the depths of my collection. Perhaps a beastman?

And no, you won't be seeing it until it is finished!!