We draw near to the end of my long series of posts chronicling the history of Warhammer Third Edition. Our gaze must now fall upon White Dwarf 135, which was the last issue I bought if memory serves, as I switched back to Zzap!64, and later Amiga Power.

Warhammer coverage had been in decline for some time and this was a trend that wouldn't reverse until the publication of Fourth Edition in issue 150. We also now know that Bryan took nearly the entire painted collection of '80s style miniatures with him when he left and you will notice that older Studio miniatures do not occur very often from this point onwards. Even Marauder, long the 'official' designer of Warhammer miniatures, reduced their output in the magazine to 'army deals' rather than new releases around this time, though regular releases would return. 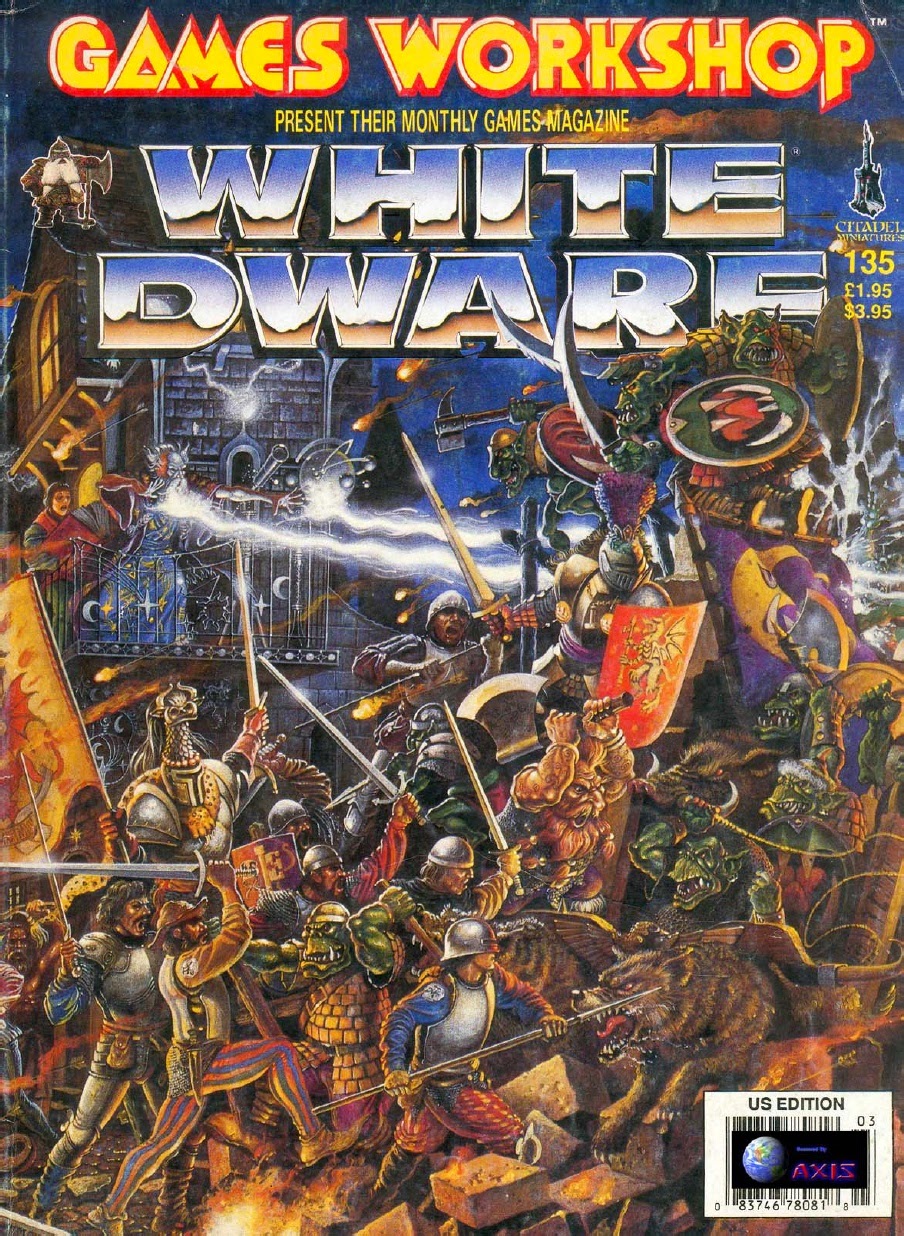 Still, there was to be a last hurrah for the edition in the coming year. A series of articles that many of us remember fondly and of which are still much discussed. Instead of new models and background, we got to see (for pretty much the first time) the actual armies of GW stalwarts published in the monthly mag.

The first, and perhaps the most well known, were Wayne England's Longbeards. 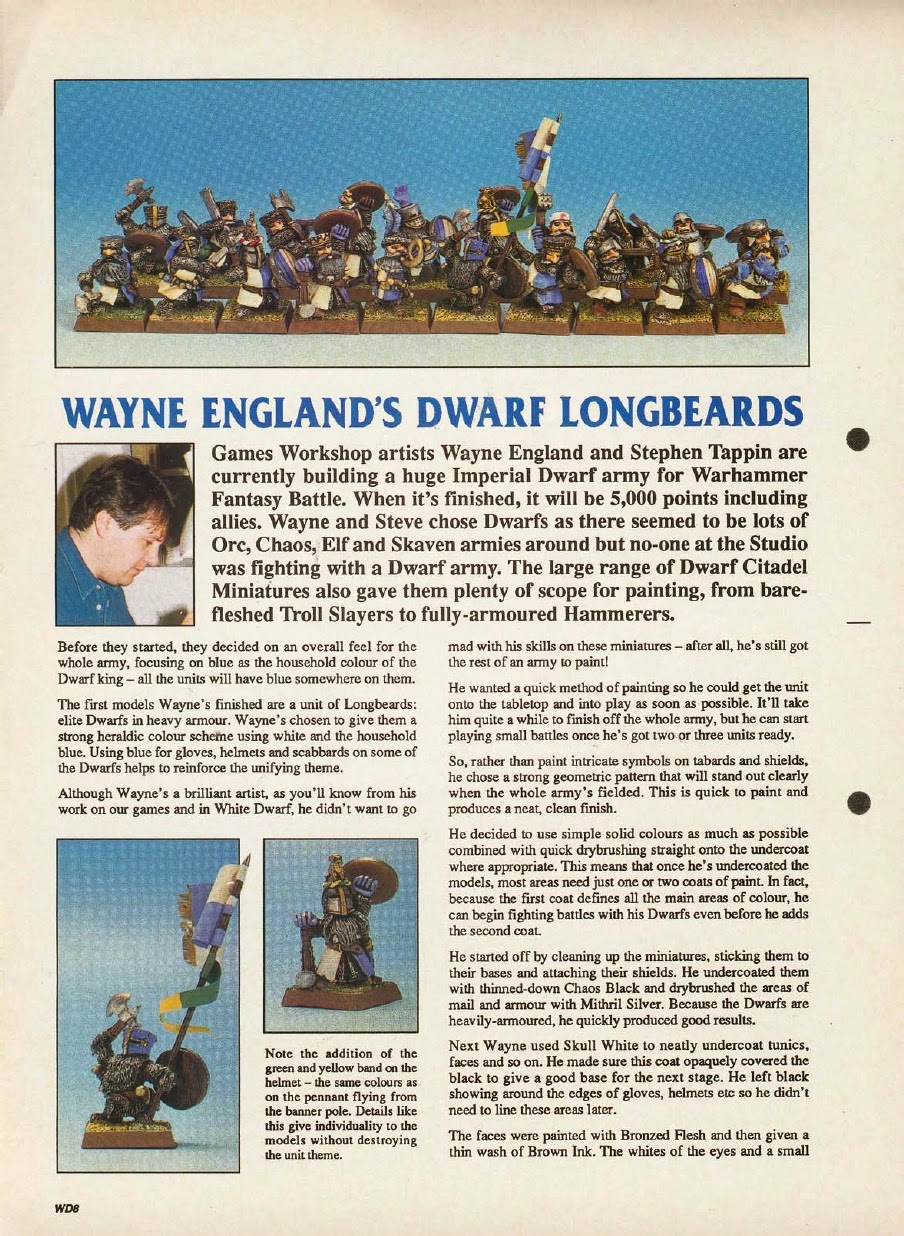 What is interesting about this article, is it mentions some of the armies that were kicking around the Studio at the time. We can infer that these are most likely personal forces rather than the official armies we grew used to in later years. Stephen Tappin, the artist whose work we looked at a few posts back, crops up as contributor to the huge dwarf army that was being planned, but to my knowledge, this is the only time we get to actually see any of the miniatures.

The unit looks spectacular, and just goes to show how far some very simple techniques can take someone with artistic flair. The beautifully designed Perry dwarfs help too. When each sculpt is an individual character and not an identikit clone, the resulting unit feels much more like a swirling mass of boozy stunties and looks superb when photographed.

I love the sense of movement on the converted standard bearer too! 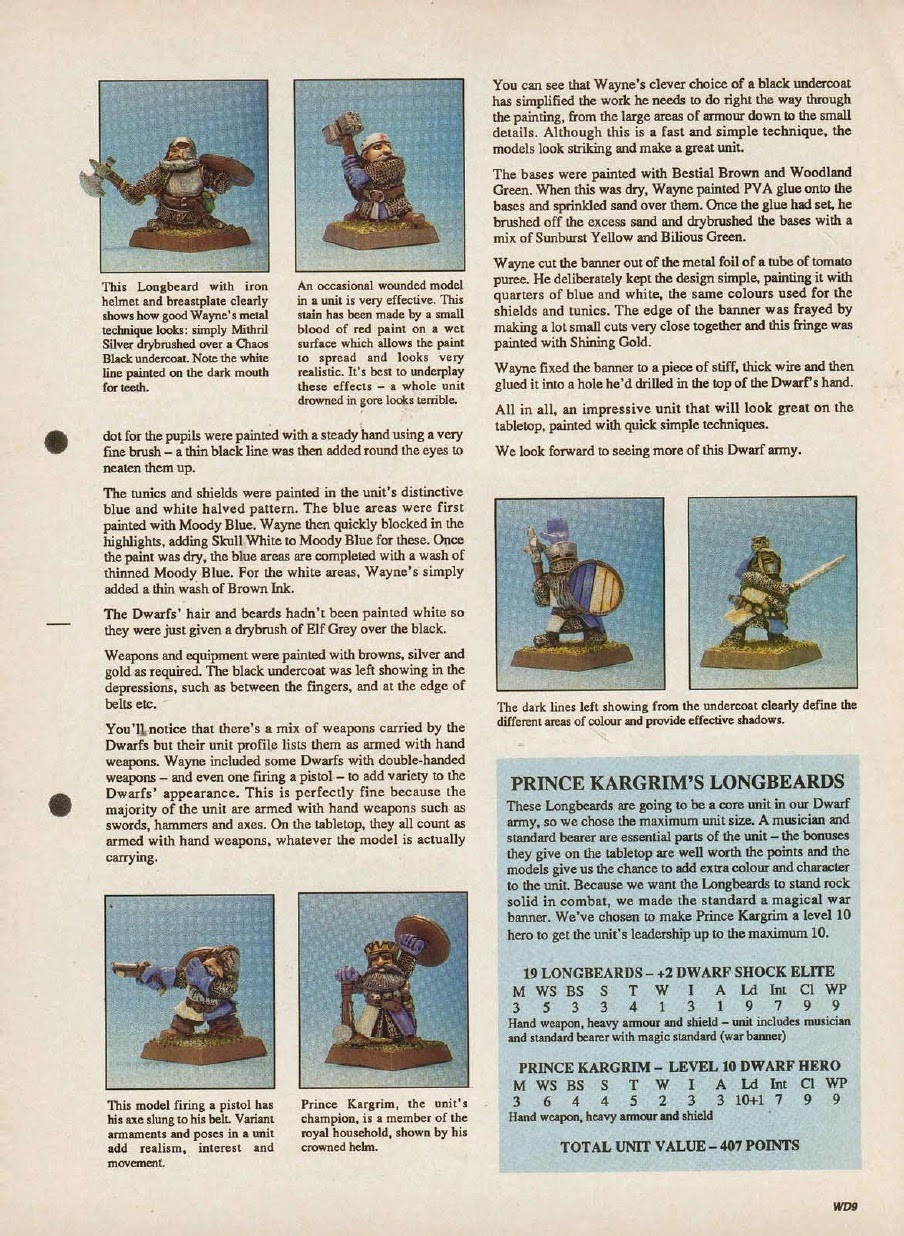 Reading through the text, its evident that Wayne wanted to get a lot of miniatures painted up quickly and wasn't too concerned with winning a Golden Demon. In fact, you get a crash course in how to quickly paint up a great number of models and get them on to the the table, fast.

If Helen of Troy was the face that launched a thousand ships, I really do wonder if this article launched a large number of dwarf armies. Though they were most likely not as beautiful as Helen, I am sure that in the eyes of their owners, they were every bit as remarkable.